The 11,000-square-foot space, which includes a Little Wing childcare center and full-service cafe with offerings from several women-owned restaurants, will provide a meeting place for Time’s Up and a space for other women and non-binary individuals in Los Angeles to work and build community.

This is the seventh location for The Wing, following outposts in New York, Chicago, San Francisco and Washington, D.C., with locations in the works in London, Toronto, Boston and Seattle. Already 8,000 members strong, The Wing came to L.A. based on demand: “We’ve heard a lot [about] the need for community and central spaces where people could build relationships, because of the layout of the city and how spread out it is,” co-founder Audrey Gelman tells The Hollywood Reporter. 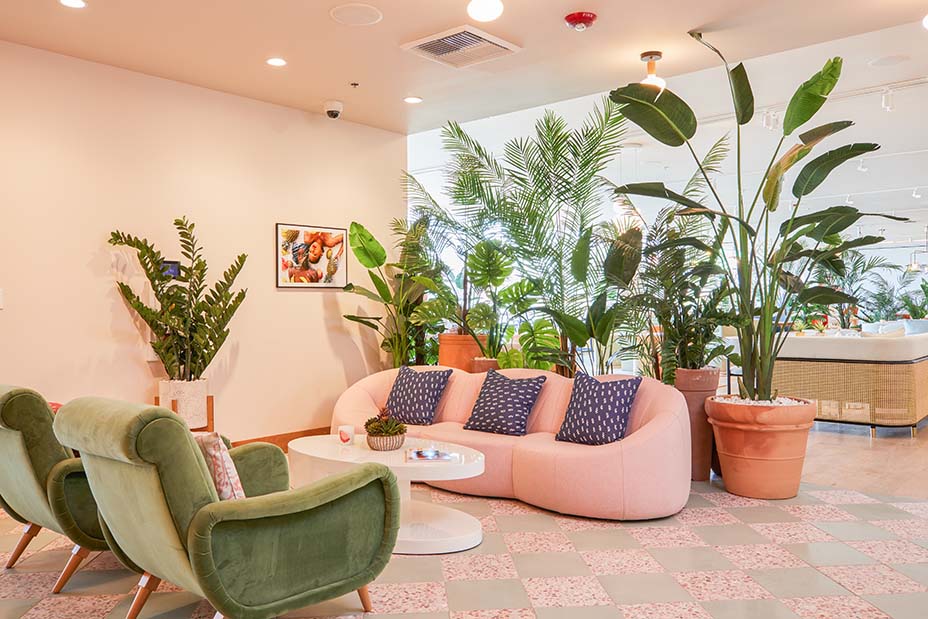 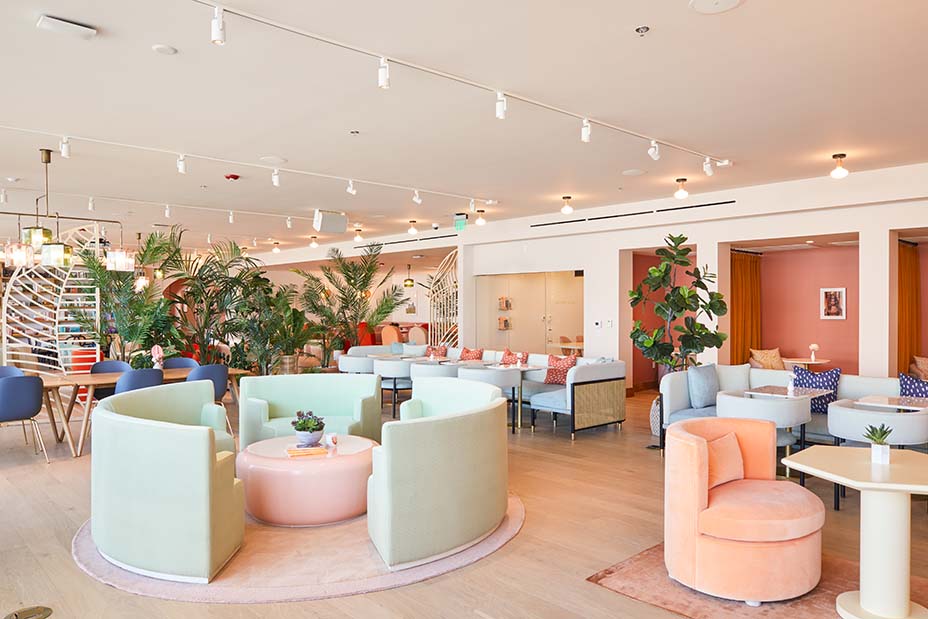 The Wing West Hollywood is outfitted with screening capabilities, as the team plans to host screenings, panel discussions, book clubs and more events each month. Alba, Cho and Union are already slated for programming in April and early May.

“Having such an incredible group of founding members is really exciting for us, because we get to work with them to help collaborate and I think there’s obviously such an impressive group of women … in the entertainment industry but also in social justice and politics,” Gelman said.

She’s anticipating that members — who might work in film, social media, marketing or the legal field — will meet at The Wing and join forces on film projects. Perhaps they’ll book the Dorothy Dandridge sound-proof conference room for private screenings or screen tests.

“Rather than wait to be tapped and get the opportunity to work on projects — whether it’s casting or budget, decisions are [often] made by men — so many women are creating their own projects and getting to make those decisions themselves,” Gelman says. “This is a space where they can find support and a network and a community who they can collaborate with.” 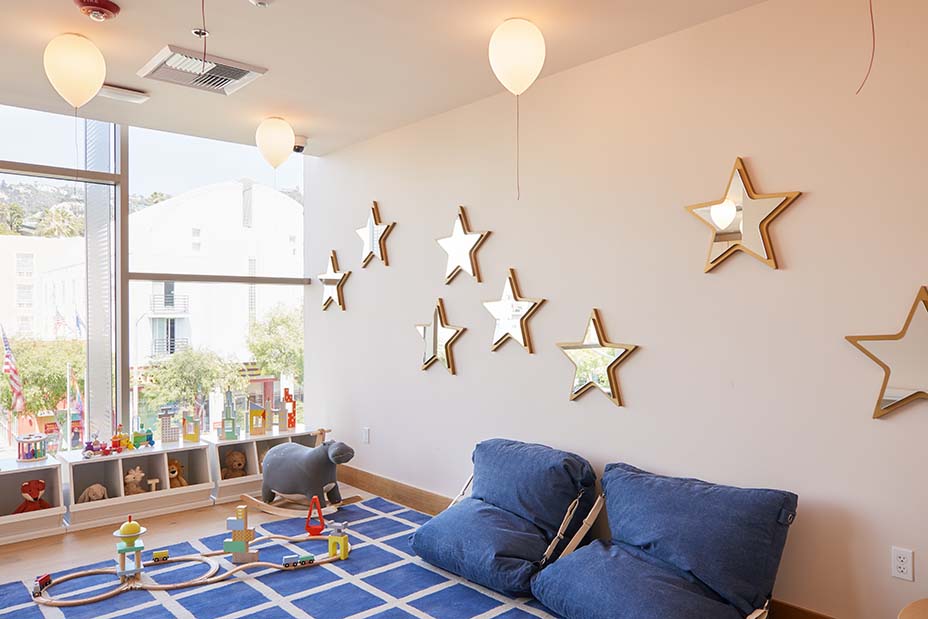 Last month, The Wing gave stock to Time’s Up, and some members of the advocacy group in turn invested in The Wing. In addition to hosting meetings at the space, Time’s Up is collaborating “in a number of different ways” including panels.

“We want to be here to provide a space for them to continue to make the work that they’re doing have impact,” Gelman said. “We really share Time’s Up’s mission in creating safe workplaces for women and also making sure that more women are getting opportunities to lead and stand up for what they believe in.”

Other Hollywood influences include glass-door phone booths named after female characters: Princess Leia of Star Wars, C.J. Cregg of The West Wing, Lydia Deetz of Beetlejuice, Moesha and Dora The Explorer. Work nooks, separated by mustard velvet curtains, include framed posters with references to Dracula, Cleopatra and the Bride of Frankenstein. 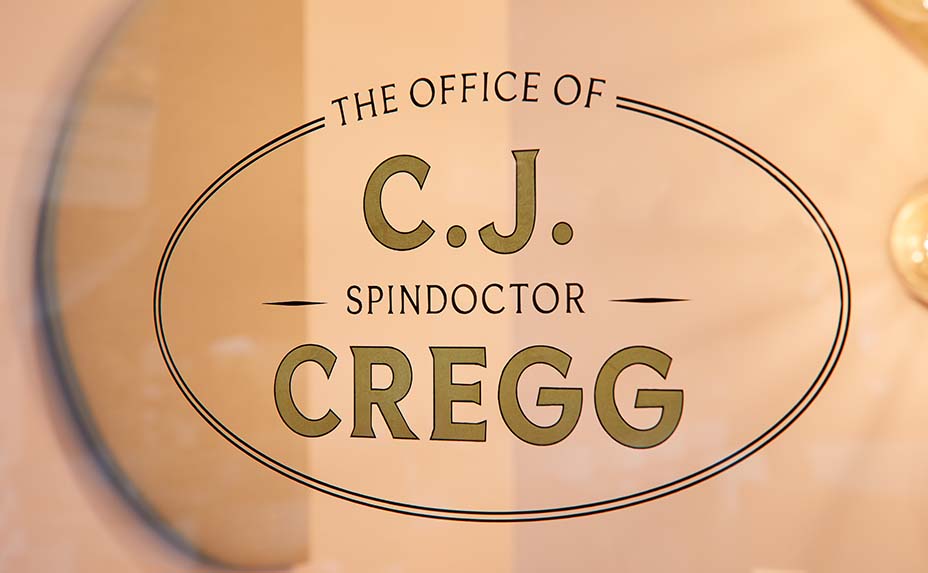 Its front entrance — outfitted with potted plants, a 1st Dibs table and a pink Pierre Poulin “pumpkin sofa” — establishes the office’s Palm Springs-inspired decor. The welcome desk is lined with pink seashell tiles by Cristina Celestino, while the floor is designed in a checkered pattern with pink terrazzo and mint tiles. To the left, the Little Wing daycare center is equipped with Crate & Kids decor, toys and balloon-shaped lights on the ceiling.

Across the hall, the Personal Space center has a makeup counter stocked with Chanel beauty products and hair essentials for all textures. The homey mother’s pump room supplies nipple cream, diaper rash products and a refrigerator for storing breast milk.

“Women are often asked to compromise their interest in beauty, especially if they’re also trying to be ambitious. The idea is that we don’t think you have to do that. You can take your conference calls in here and you can also be blow-drying your hair,” says spokesperson Zara Rahim. 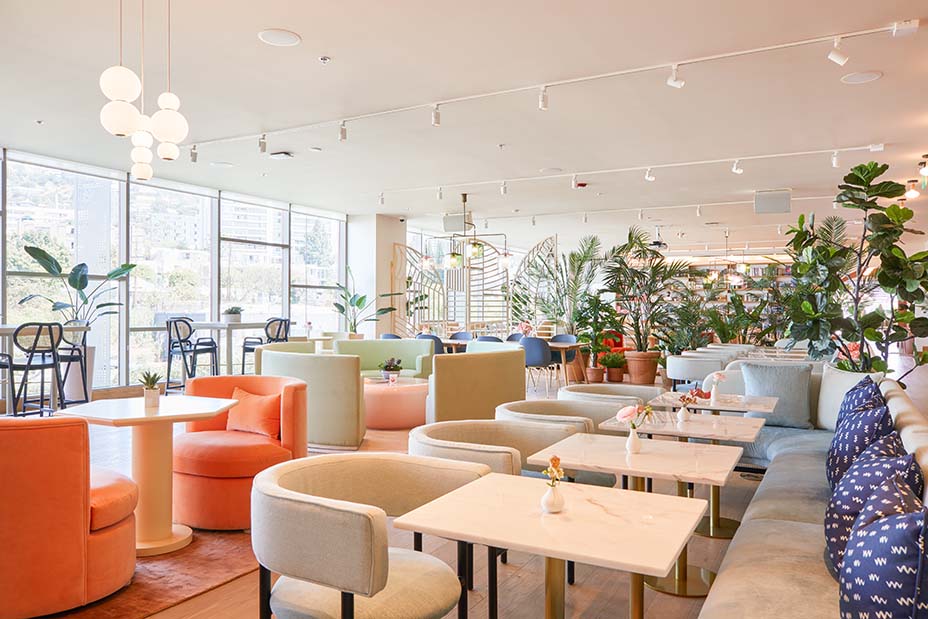 The Wing team also points to several ways that most offices cater to men and how The Wing corrects those norms — the temperature is set to 72 degrees, based on the metabolic rates of women, and the furniture was custom-made based on the average height of a woman at 5-foot-4. 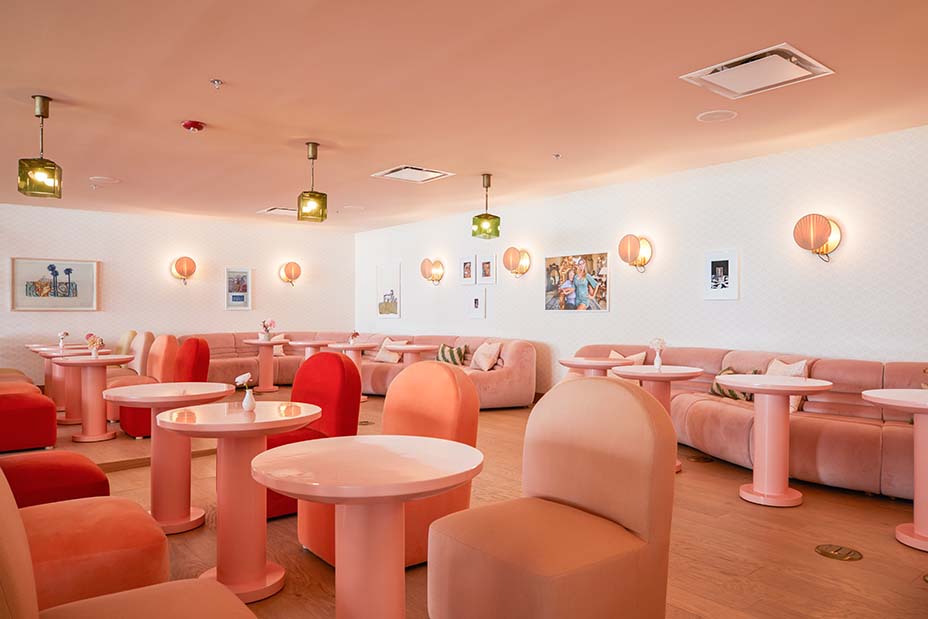 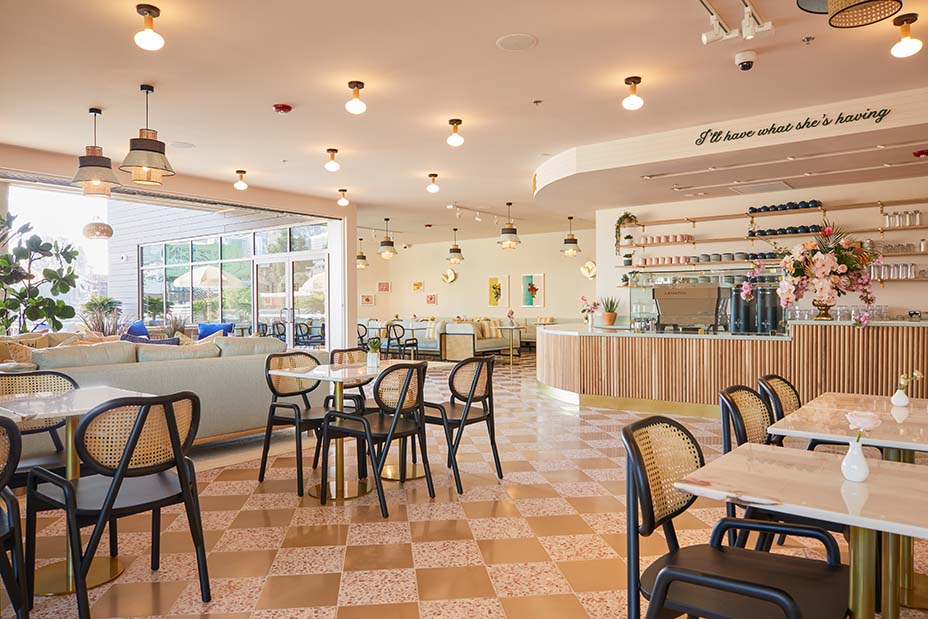 “Kitchens are places that are rife with sexual harassment and are very male-dominated, but what we’ve built at The Wing is something that’s very different than that,” Gelman adds.

And the final touch is the spacious outdoor terrace (with Italian-inspired decor, lounges and white-and-yellow striped cabanas made by L.A.-based Voila! Creative Studios), where the founders envision members sipping coffee or cocktails while working on laptops year-round.

“We want each space to feel like … it’s been designed with the local neighborhood and community and city and its history, especially its history with regard to women, in mind,” Gelman notes. “So definitely this space has dozens of details and Easter eggs that are specific to the history of L.A.” 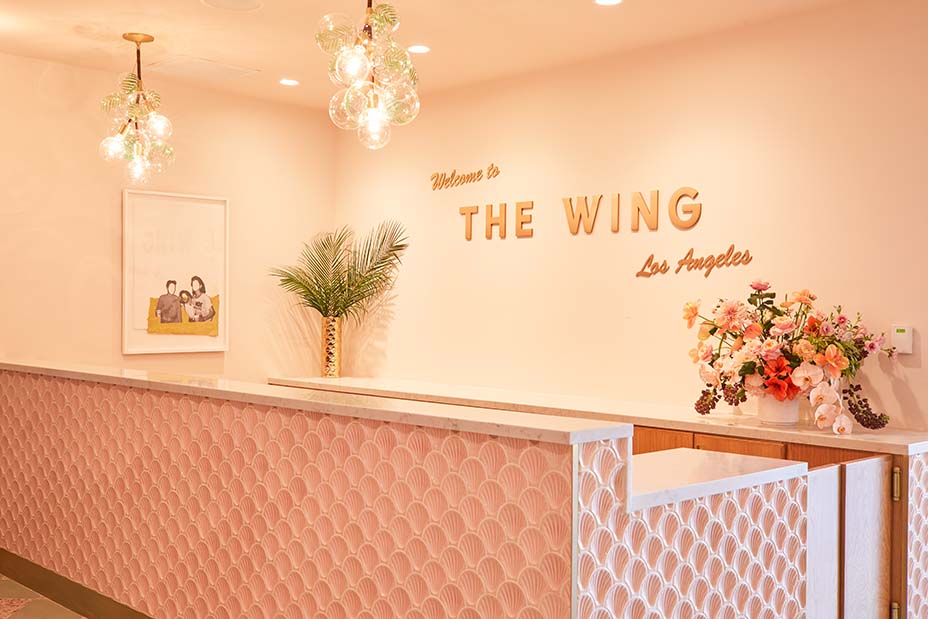