In Aminder Dhaliwal’s Woman World, the end of the world has arrived… for men. The new graphic novel from Drawn & Quarterly collects a series of Ignatz Award-winning cartoons by the former Cartoon Network storyboard director (Dhaliwal now works for Disney TV Animation) set in a future where mankind has died off for mysterious reasons, leaving women in charge of everything — and the result is gentle, hilarious and arguably a far better world than the one we currently have.

The Hollywood Reporter spoke to Dhaliwal about the book, the importance of Kevin James’ cinematic oeuvre and where Woman World could go next.

The obvious first question: Where did Woman World come from? At the end of the book, there’s a screenshot of a text-message chain where you share the idea with friends, but where did it actually start?

At the end of 2016 I was struggling with my artistic voice, so I decided to focus on creating short form comics that I wasn’t too precious about. Later, in 2017, I attended the L.A. Women’s March and was surrounded by “the future is female” signs — the idea came to me that day and I was already in the habit of drawing comics almost every night. After the march, friends of mine posted their pictures from the event on social media and there was a lot of backlash, it was upsetting because the day had been so wonderful.

We’re in a cultural moment right now that’s filled with a lot of anger and confrontation, and Woman World is almost the opposite of that; everyone is working together, even if they’re not always on the same page. Was that an intentional response to where we are as a society right now?

The word “feminism” often sparks an instant negative reaction online. I thought creating a comic in which men have gone extinct was exactly what internet misogynists would expect a “feminazi” to do. So within that construct, I wanted to focus on the love and sweetness of the world and make the women miss and admire men. The tone of the idea mattered a lot to me. Social media survives on extreme reactions, if you watch a movie, you don’t post to Twitter unless you either love it or hate it, the framework for expressing yourself requires an extreme reaction — any emotion that’s between those isn’t worthy of a post. I didn’t want to make a comic like that. 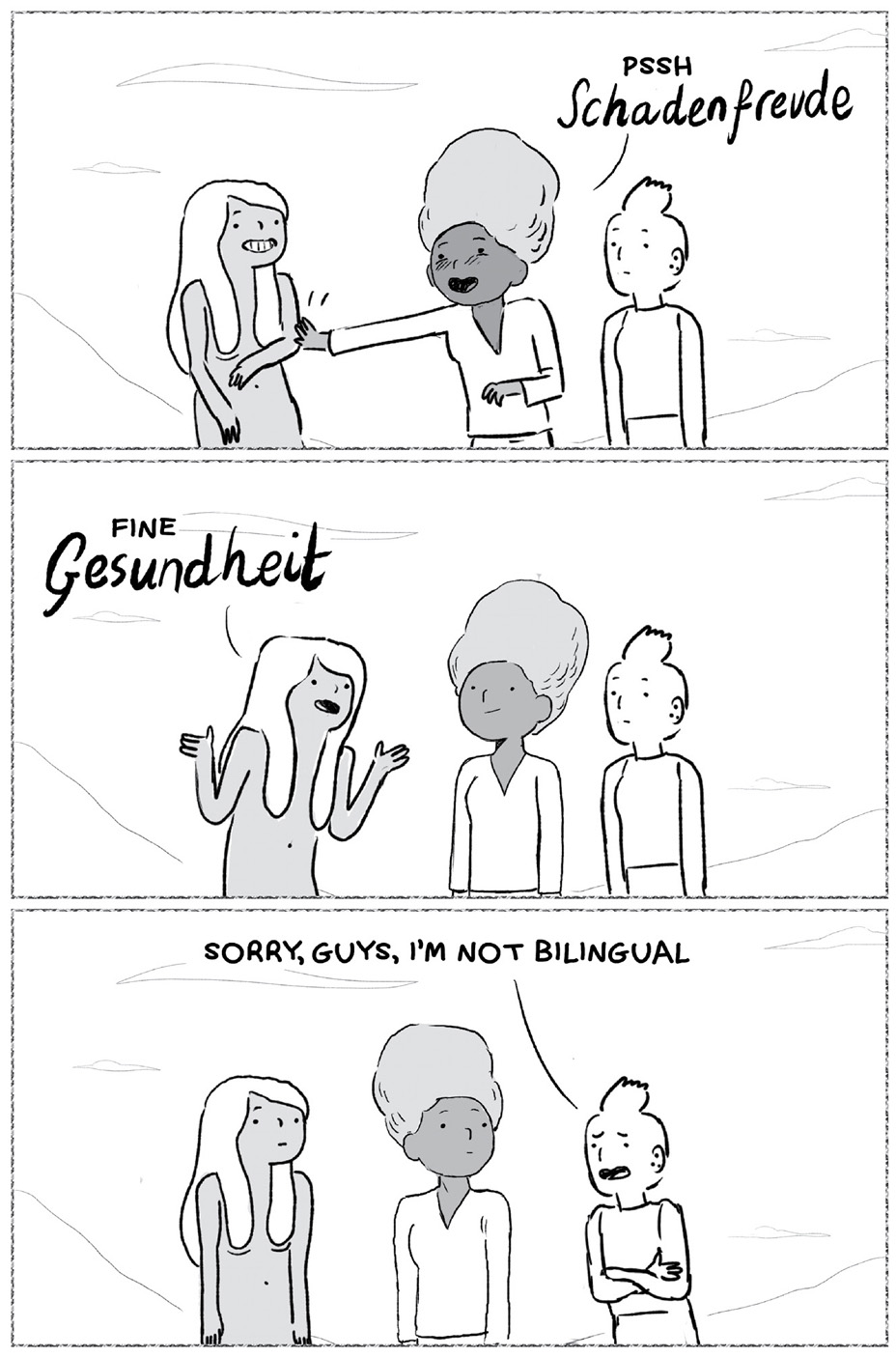 There’s also a conscious undercutting of the stakes in the book. Sure, you kill off all the men, but there’s a continual swerve from any kind of pomposity dealing with that, whether it’s the choice of the flag, or the one surviving movie that represents men to the next generation. It’s a surprisingly fun response to an apocalypse. Is this your subtle way of saying we’d be better off without all the men? Just be honest — I can take it.

(Laughs) It is quite utopian, but no, I don’t think we’d be better off without men. It’s actually the opposite — I wanted a slice-of-life approach to a big scary idea.

I don’t necessarily want to spoil the book, but… Paul Blart, Mall Cop plays a surprisingly important role, in that it plays a role at all. Why that movie? Are you a massive Kevin James fan?

Definitely! I was thinking of what movies explore a softer approach to masculinity, and Paul Blart hits that fun spot. It’s about a soft authority figure — a new kind of masculine. I love the idea of future anthropologists studying the 21st century and finding inaccurate forms of media to define a culture. Can you imagine if we traveled back in time and found out that the Epic of Gilgamesh was actually the Paul Blart of Mesopotamia?! 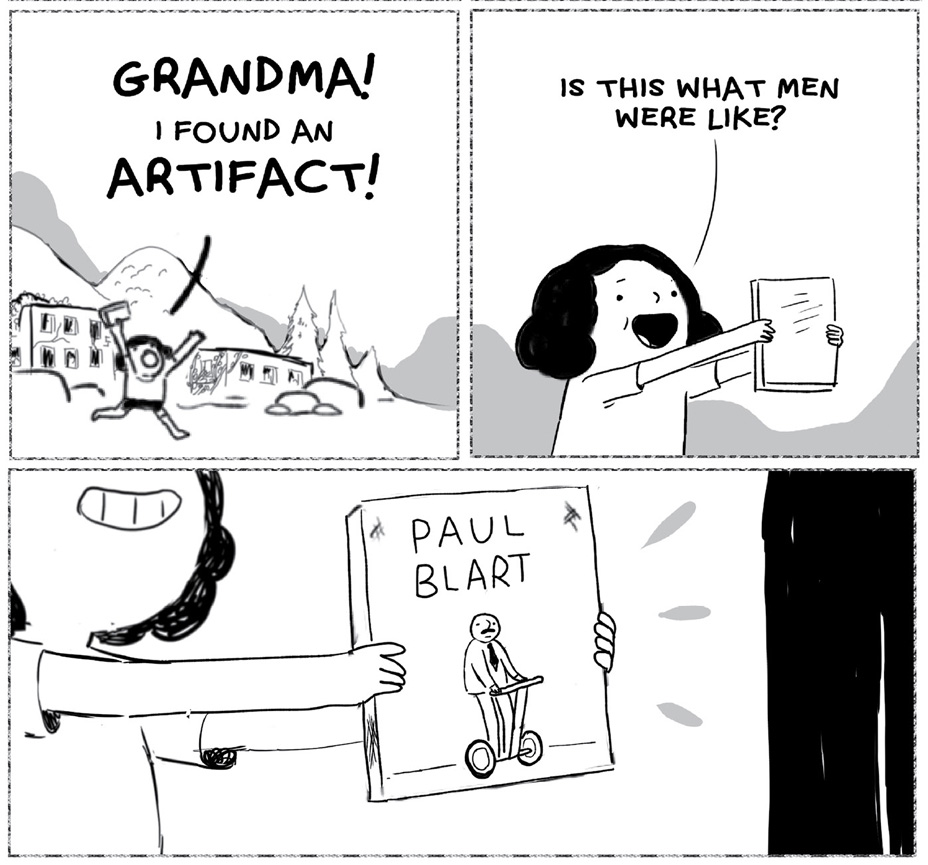 Your day job is in animation. How does that influence something like Woman World? Is your own work a release valve, a place to put lessons learned in animation to use, or somewhere in between?

My personal work is vital to my happiness. Animation is a team sport. Everyone has a specific role, and the goal is to create something that is as close to the creator’s vision as possible. The process requires filtering yourself and trying to think like someone else. I need my own work to even that out.

The book started as a series of Instagram posts. Will it continue in that format after the book’s release?

I’m trying not to think too far ahead. I definitely have more Woman World comics I’d like to make, but I also have a bunch of other comic ideas as well! 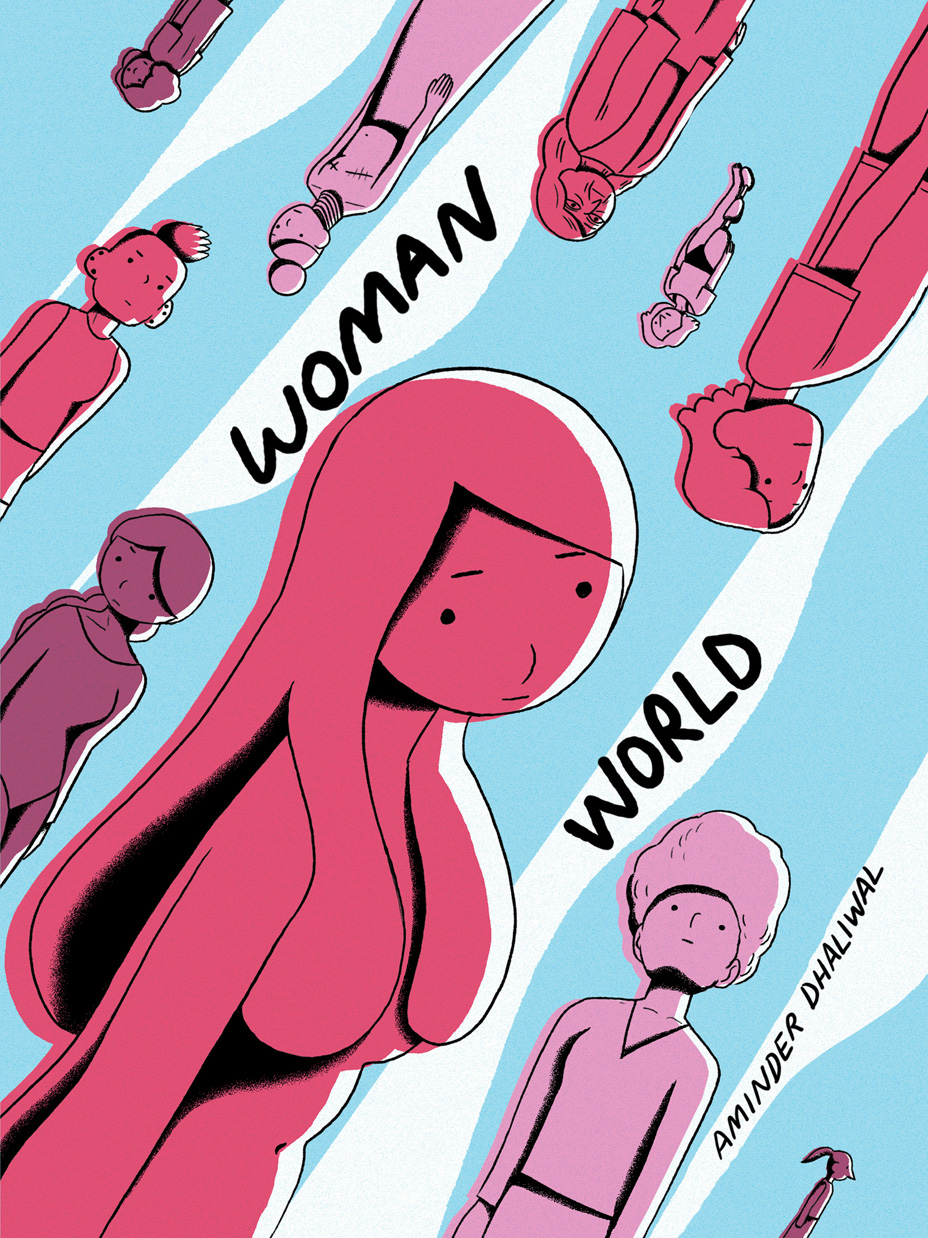 Woman World is in bookstores now.