Producer Chuck Lorre (The Big Bang Theory, Two and a Half Men, and the recent Mom) on Wednesday morning announced that he was funding two full-ride scholarships for girls who have taken part in THR’s 8-year-old Women in Entertainment Mentorship Program, allowing them to attend Loyola Marymount University. The scholarships will be funded through the Chuck Lorre Family Foundation.

At the same time as Lorre and lead board member Trisha Cardoso unveiled the scholarships, another full-ride scholarship to LMU was announced by actor-producer Don Johnson, business manager Laura Lizer and executive producer-financier Chris Savino — the three partners in a new production and financing entity for independent films, 1-2-3 Go! Entertainment.

Each scholarship is valued at almost $250,000. The winners were introduced at THR’s Women in Entertainment breakfast, where the scholarships were presented by Oscar nominee Emma Stone and Olympic gold medalist Simone Biles.

More than 100 girls (and 100 mentors) have now taken part in the program, which pairs high school juniors from disadvantaged backgrounds with high-level women in film and TV. Mentors have included top executives such as Dana Walden, Jennifer Salke, Anne Sweeney and Megan Colligan. The program is a joint venture between THR and Big Brothers Big Sisters of Greater Los Angeles. 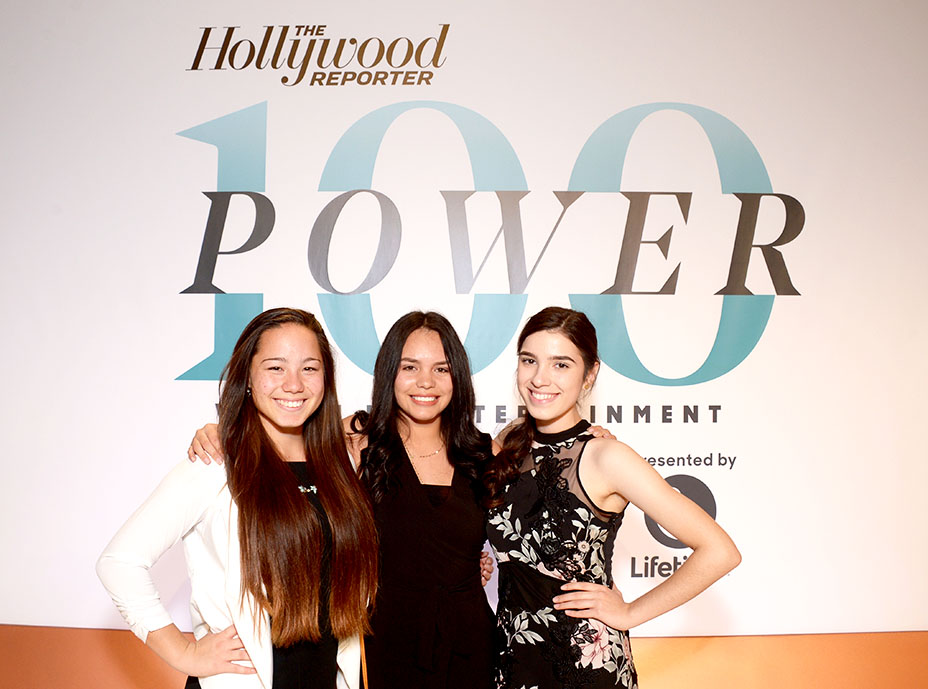 Nine of the girls are currently on full scholarships to LMU, which has agreed to match any funds raised by THR, under the leadership of LMU president Timothy Law Snyder and film school dean Stephen Ujlaki.

The current scholarships bring the total funding THR has raised for education to almost $4 million. Several of the girls have now graduated from university and have entered the workforce or else gone on to further education.

Sofia Arevalo, who was matched with attorney Nina Shaw, has been accepted into the M.S./Ph.D. program at Berkeley, having studied mechanical engineering at Berkeley as an undergraduate.

Maira Solis, who was matched with WME’s Nancy Josephson, will be finishing her master’s degree in art and teaching at USC this coming June. She is also a music instructor for the Santa Ana School District and is considering law school in the future.

Fox's Dana Walden and NBC's Jennifer Salke Talk 'This Is Us' and Reveal Their Power Couple Nickname: "Jana"

Joanna Cabrera, matched with attorney Melanie Cook, is working as an analyst at U.S. Bank, having graduated from Berkeley with a major in political science and a minor in public policy.

The program boasts a near-100-percent rate for girls going on to attend university.

One of the girls in the program, Citlali, below tells the moving story of her relationship with mentor Rita Tuzon (executive vp and general counsel at Fox Networks Group). 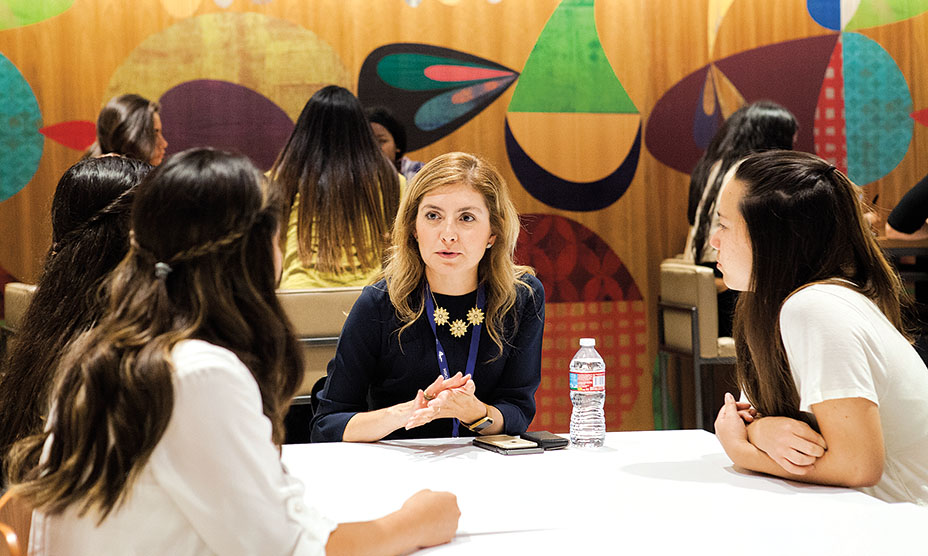 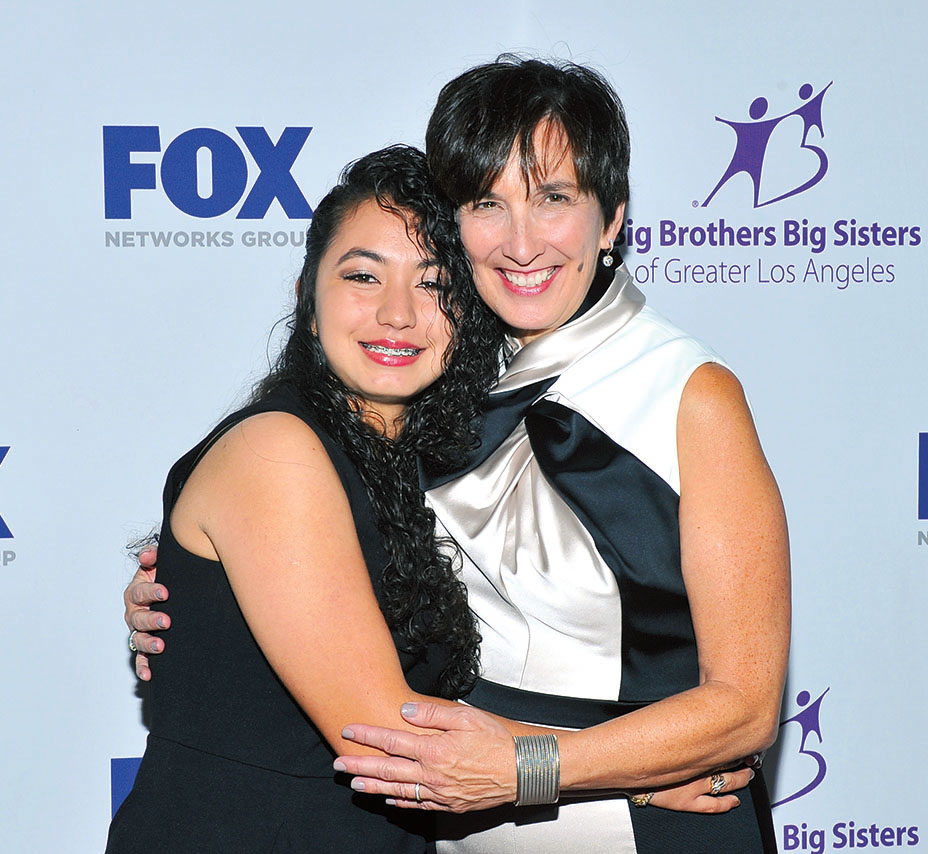 Meeting Rita Tuzon and getting to know her has been the best thing that has ever happened to me since I arrived in the United States from Mexico. My parents are Mexican, and I have two little brothers.

We had a good life in Mexico, and I was a happy fifth grader, trying to be the best student I could be. But that all changed the night a drug trafficker who hated my dad broke into my house and tried to kill my family. My parents shut my brothers and me in a room, locked the door and made us promise not to come out. There was a lot of yelling; it was really scary. Finally, they went away.

A week later, the trafficker came back to our house with a group of people armed with guns. Luckily, someone called the police and they ran off, but not before they promised to come back. That was when my parents decided we had to leave. As I rode away in the truck late at night, I started to cry. From that moment on, I realized I had to be strong for my parents and my brothers. They needed someone to lean on. I lived for two years in Tijuana, Mexico, and then I got my green card and moved here with my family.

I’m a senior now, and I want to go to a top college and become an immigration lawyer, so I can help people like someone helped me when I needed it.

When I first walked into Rita’s office, my heart was pounding in my chest, and I didn’t know what to say. She’s so successful! It’s intimidating. But we started talking, and I suddenly felt at ease.

At first, we just got to know each other and build that relationship of trust. We’ve gone to the movies and bonded over books and the fact that both of our fathers are musicians. She even took me to see American Idol and then to the afterparty. It wasn’t just the fact that I had gone to American Idol and came out on TV for a couple of seconds — I have the video! — it was the sense of having someone to share my joy.

Whenever I’m with Rita, I feel like everything is going to be OK — I know she’ll always have my back. She pushes me to be my best and teaches me about time management and making tough decisions. I’ve heard her talking on the phone, and all of a sudden — only when it’s really important — she changes from laughing to busy and serious. She’ll say “one, two, three, we’ll do this and that.” It’s impressive.

At the beginning of the program I was shy, even with the other girls. But once we started with the SAT prep, all of us got to know each other and we started texting all the time. One evening we went bowling; it was my first time, and I felt so happy to be with them all. But there was also work. I needed help with my college application. All the girls started saying, “If you need help, we can read it.” I sent them my draft, and they immediately read it and gave me feedback. I don’t have friends who do that at my school. Being able to get that help from them meant everything. I felt I wasn’t going through this alone.

Right now Rita and I are looking into colleges — I’m thinking about Harvard and Northwestern — but as busy as it is, we still find time to just laugh and talk about weird things. Last week my friend broke up with her boyfriend, so we went and got henna tattoos on our hands to make my friend feel better. But that night, I fell asleep with my hand on my face before the ink dried, so half my face turned black! I walked into Rita’s office, told her the story and she burst out laughing, even though we had to appear at an event for Big Brothers Big Sisters a week later and didn’t know if the ink would come off. That’s Rita — she never judges me, and I can be completely comfortable with her. She has become like a second mother to me, a best friend and a role model, all in one.

THR Women in Entertainment 2016: Inside the Star-Studded Power 100 Breakfast 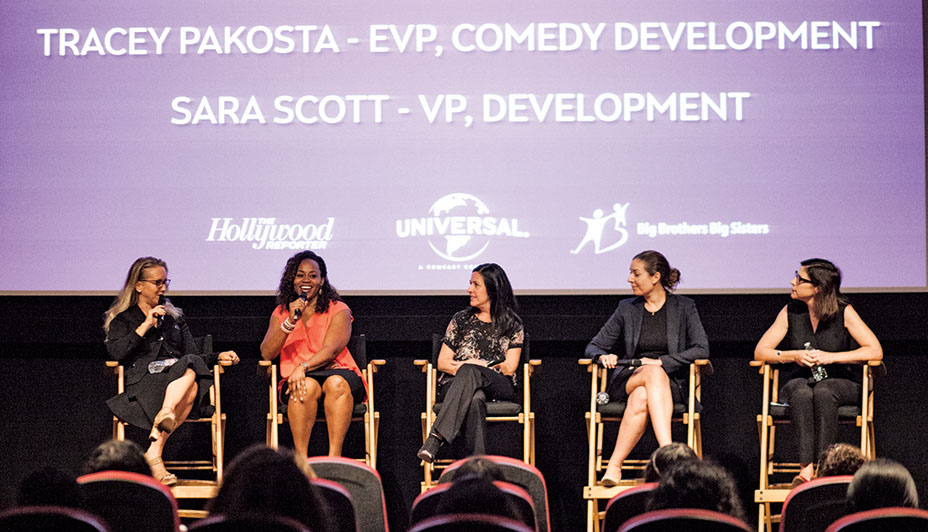