The group gathered to celebrate the one-year anniversary of the march and the launch of Together We Rise: Behind the Scenes at the Protest Heard Around the World, the newly published book about the movement as told by the march’s organizers, in partnership with Conde Nast.

Inside Conde Nast and The Women March's Cocktail Party

“When 5 million women turned out last Jan. 21, it was the largest protest ever assembled on a single day in modern history,” said Glamour magazine editor-in-chief Cindi Leive. “But it’s not a sure thing that women get included in the history books, so we decided we did not want to leave anything to chance and we wanted to write the history book ourselves. That is what Together We Rise is.” (Proceeds from the book sales go to four feminist-minded organizations.) 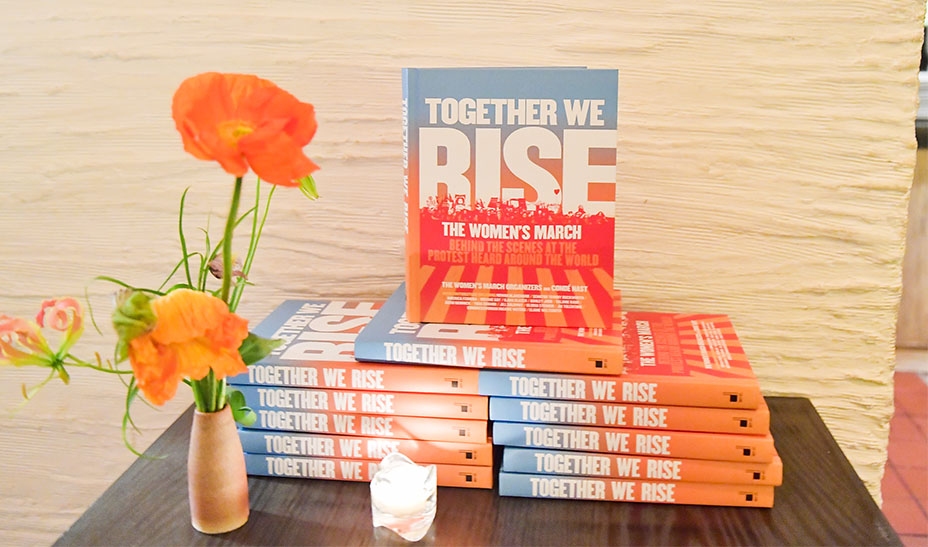 The event was the latest instance of the Hollywood and fashion industries rallying around the feminist cause, following on the heels of the all-black dress code on the red carpet at the Golden Globes that brought attention to the Time’s Up movement for gender equality.

Although there wasn’t much shopping going on (the space was too packed!), Comey said it was a no-brainer to host the event at her store. She has also had an organic relationship with the Women’s March since the beginning. After one of the founders reached out to ask if Comey would dress her in 2017, the New York-based designer did that and more: She ended up rallying nearly 60 other fashion businesses to promote the march on social media and help charter buses to the DC march.

How The Women's March Changed Rachel Comey's Approach to Designing

What was great about Wednesday night’s event was that the march organizers were as much the stars as those of the Hollywood variety. Several women took the mic to speak, including Flicker, who praised the book as a guide to intersectional activism, and Mendoza, who looked forward to the midterm elections, saying, “Where this movement takes us next is to the power of the polls,” while also being sure to name check the many march organizers from near and far in the room. 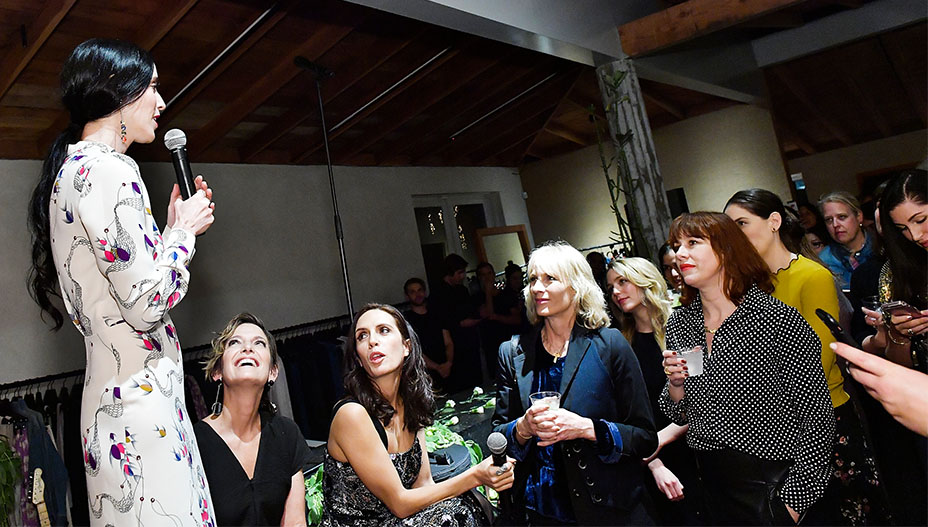 “I organized the Antarctica march,” chimed in Linda Zunas, as the crowd exploded in applause. The Oakland, California, wine industry professional turned activist is featured on page 66 of the book, for organizing a tiny but mighty march among the glaciers while she was traveling there in 2017. “If there is anything we can do to keep that coverage going through fashion or celebrity, we need it,” Zunas mused. “Having the Golden Globes blackout elevated the Time’s Up conversation for people who might not watch the news.”

Regram @ava “This just made my Monday. Much love to you, @tessamaethompson. And love to all who understand that a lack of women directors is to film/tv what one hand is to clapping.” #lfresistance

“Fashion and feminism have intersected for centuries,” said film and TV publicist Cara Tripicchio, who was wearing a “The Real RBG” slogan cashmere sweater from brand-of-the-moment Lingua Franca, which made Tessa Thompson’s female director sweater worn at Sundance. “Now it feels more acceptable to use fashion to get your message across without saying a word.”

“It’s not anti-feminist to like fashion,” added Leive, while cautioning that the movement needs to be about more than just slogan sweaters and T-shirts, and that, indeed, the fashion industry needs to look deep at itself. “Fashion companies need to think about how they support women, about the women who buy their products and the women who make their products.” 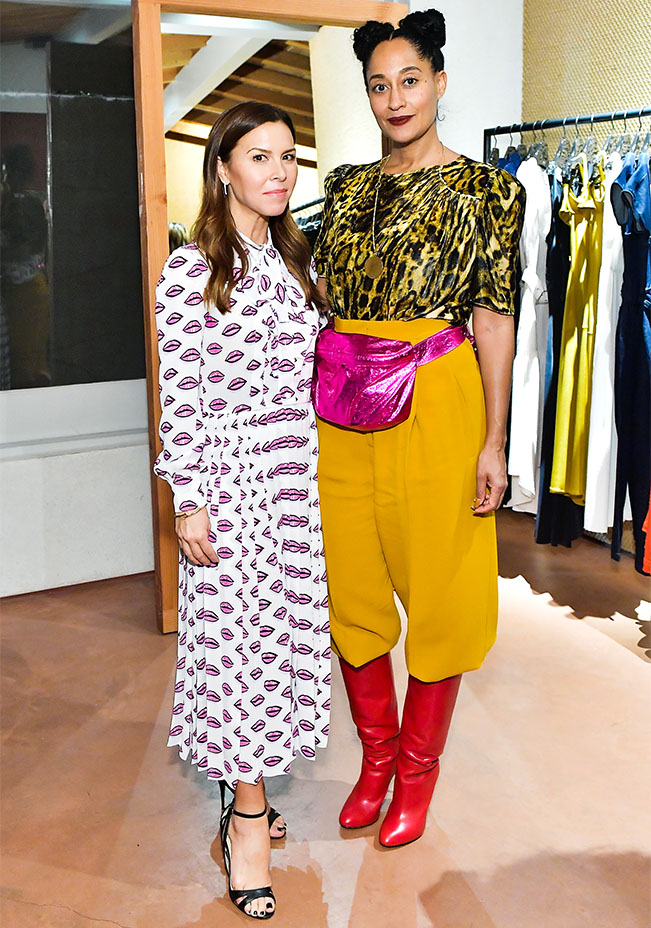