“This is what democracy looks like,” was a frequent chant at the Women’s March on Washington on Saturday, where an estimated 500,000 women and men, many in knitted, pink pussy hats, came together to speak out, empower one another and unify.

Signs adorned with “Pussy Grabs Back,” “Nasty Woman,” and drawings of uteruses were held up as protestors peacefully demonstrated, some people dangling from traffic lights and trees in order to better see the crowd. A number of signs featured the late Carrie Fisher as Princess Leia alongside the words “A Women’s Place Is in the Resistance.” 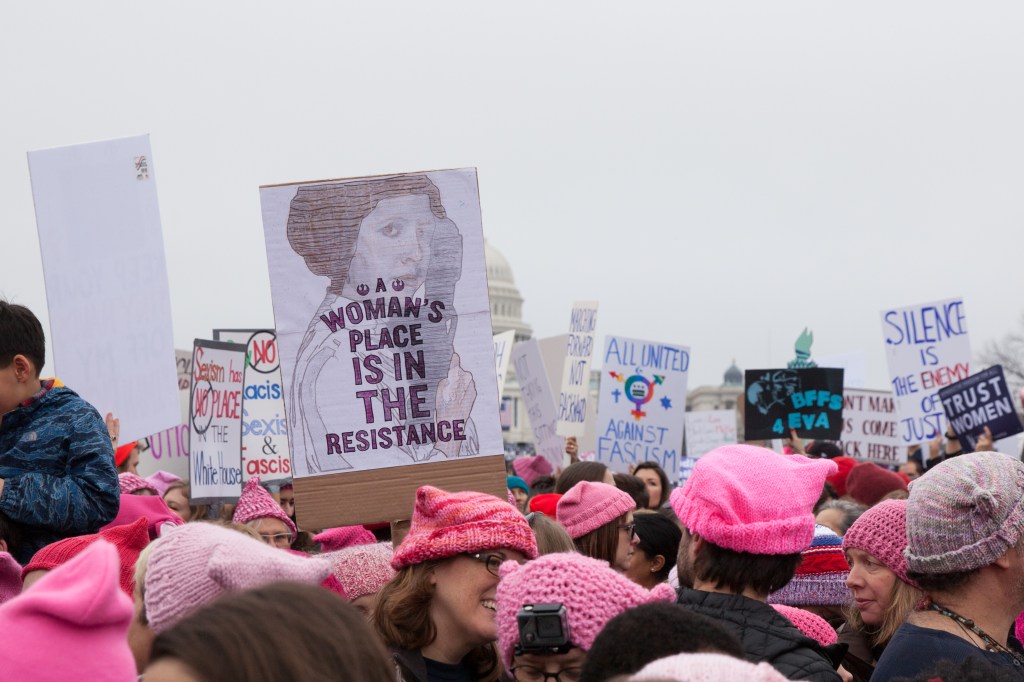 Numerous performers and speakers took the stage throughout the day, although the crowd was so large it was tough to hear them or see them, even via Jumbotrons. “Is that Ashley Judd?,” one demonstrator asked another, squinting at the Jumbotron. When they couldn’t hear Judd speak they broke out into a chant about Trump, “You can’t build a wall, your hands are too small.” 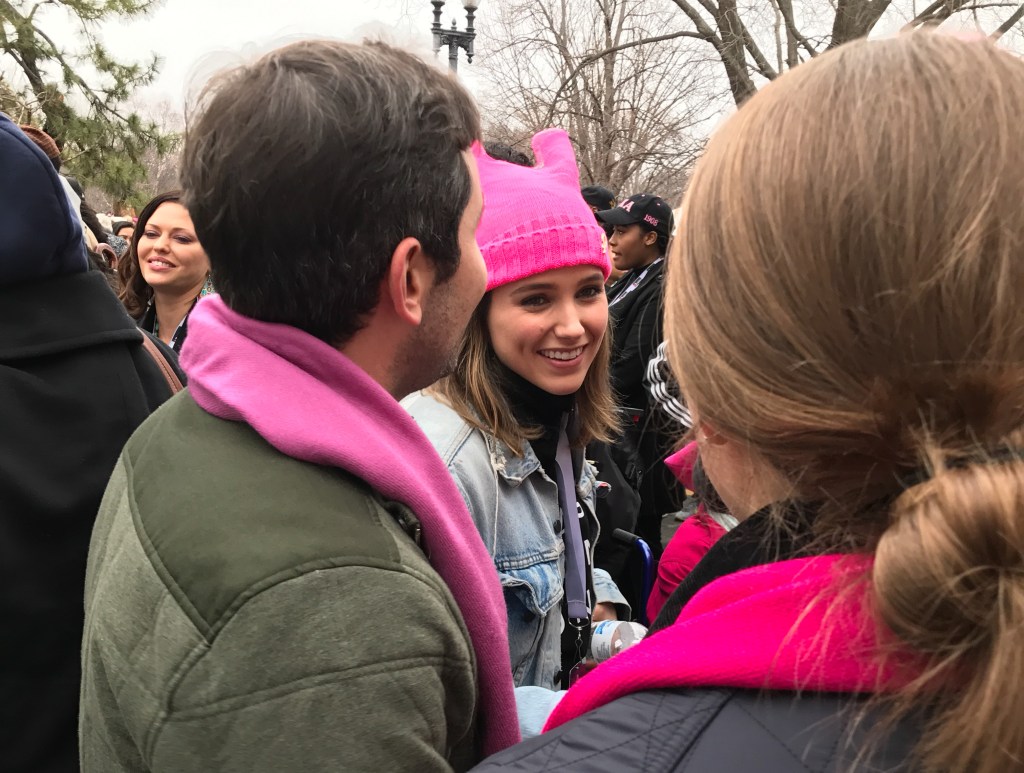 Behind the main stage, Sophia Bush was rocking a hot pink pussy hat, laughing and speaking with fellow attendees. Orange Is the New Black’s Danielle Brooks and Diane Guerrero each posed with fans for pictures as they walked around the staging area. “Si se puede” (“Yes you can”) rang out from the stage as Cory Booker and Lena Dunham ran into each other. The senator and Girls creator hugged, chatted and exchanged phone numbers, making promises to meet up again soon. 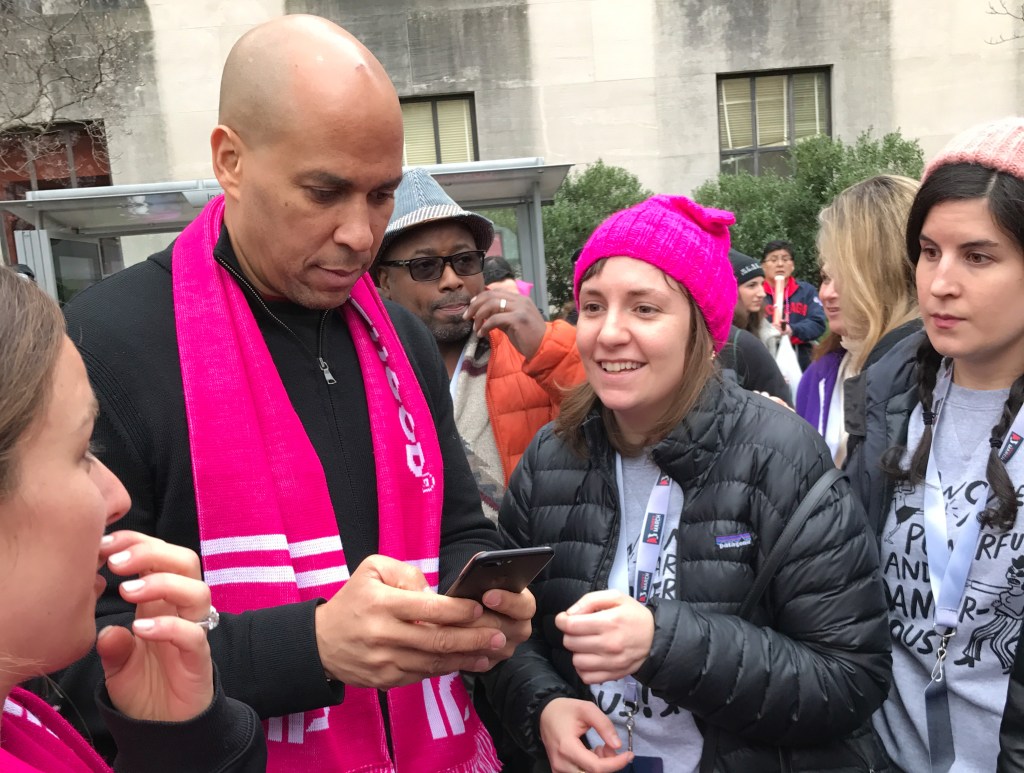 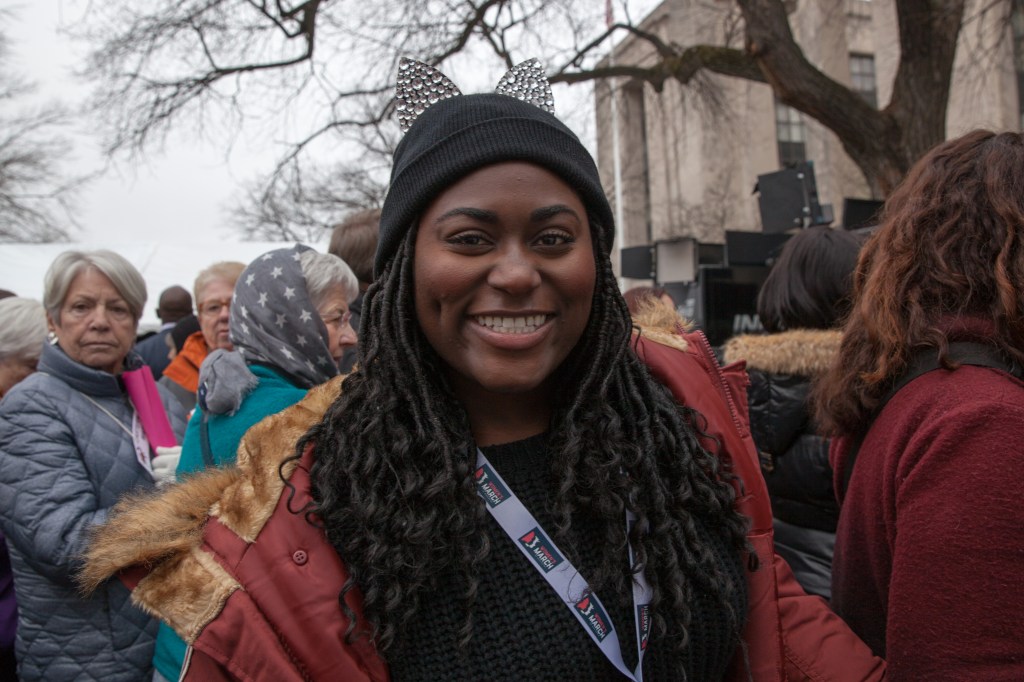 Katy Perry and Planned Parenthood president Cecile Richards were talking backstage when an event coordinator came by and said that there were so many more women than expected at the National Mall, that they didn’t think there would be room for the march to happen. But at around 1:15 p.m. ET, Perry, Richards, Dunham, Jenni Konner, a group of ladies from Dunham’s and Konner’s Lenny team, and a few others walked out from behind the stage and into the crowds, starting a smaller version of the march. They maneuvered through the crowds and the Lenny ladies held up signs that said “Women are powerful and dangerous.” They chanted “Jesus was a feminist,” and soon after, Amy Poehler came up and marched alongside Dunham. Another chant began, quoting Hillary Clinton’s famous speech, “Women’s rights are human rights.” Dunham offered Poehler a ride home on the Lenny bus, but Poehler declined and gave her a hug as the smaller version of the march dispersed.

Women's March: How Hollywood Documented the Demonstrations on Social Media

As some of the people in the crowd with cell phone service started getting texts and alerts that the main march was canceled, Alicia Keys took the stage to sing “Girl on Fire.” Janelle Monae was up next and she received a giant cheer for saying, “Continue to embrace the things that make you unique, even if they are the things that make others uncomfortable.” The singer-actress led the crowd in multiple black lives matter chants, as the Mothers of the Movement joined her on stage. 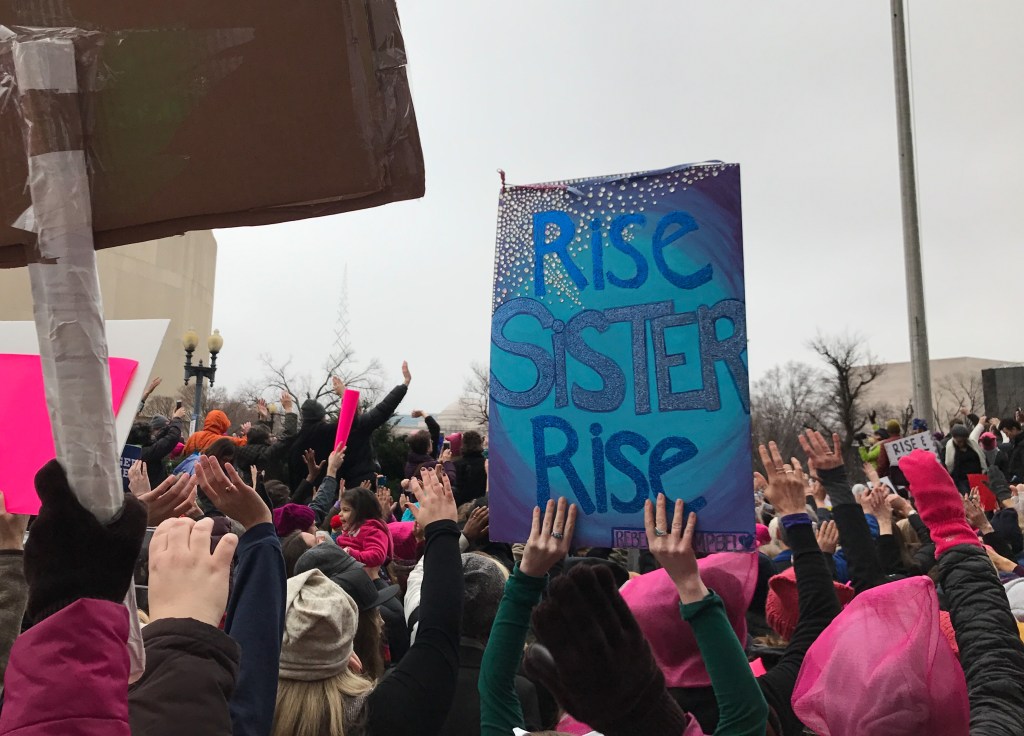 Once it was announced that the march was, in fact, still on, demonstrators started slowly making their way over to Constitution Avenue. The mood throughout the day was positive, most of the people there were very polite and cognizant of others, helping each other up fences at times to see and updating the rest of the crowd about what was happening.

Amy Schumer introduced Madonna to a massive cheer. The mood shifted, however, during Madonna’s “revolution” speech when she said, “Yes I have thought a lot about blowing up the White House.” The crowd toward the back booed loudly, to the point that it was almost difficult to hear her continue, “But I know that this won’t change anything.” She ended the speech asking people to chant “We choose love.” There were more positive vibes amid her “Express Yourself” performance but it was dampened with her R-rated “Human Nature” rendition, dedicated to Donald Trump. “I wish she hadn’t said that,” one woman said to a friend, referring to her White House comments. “It puts a negative spin on this march and doesn’t represent us.” 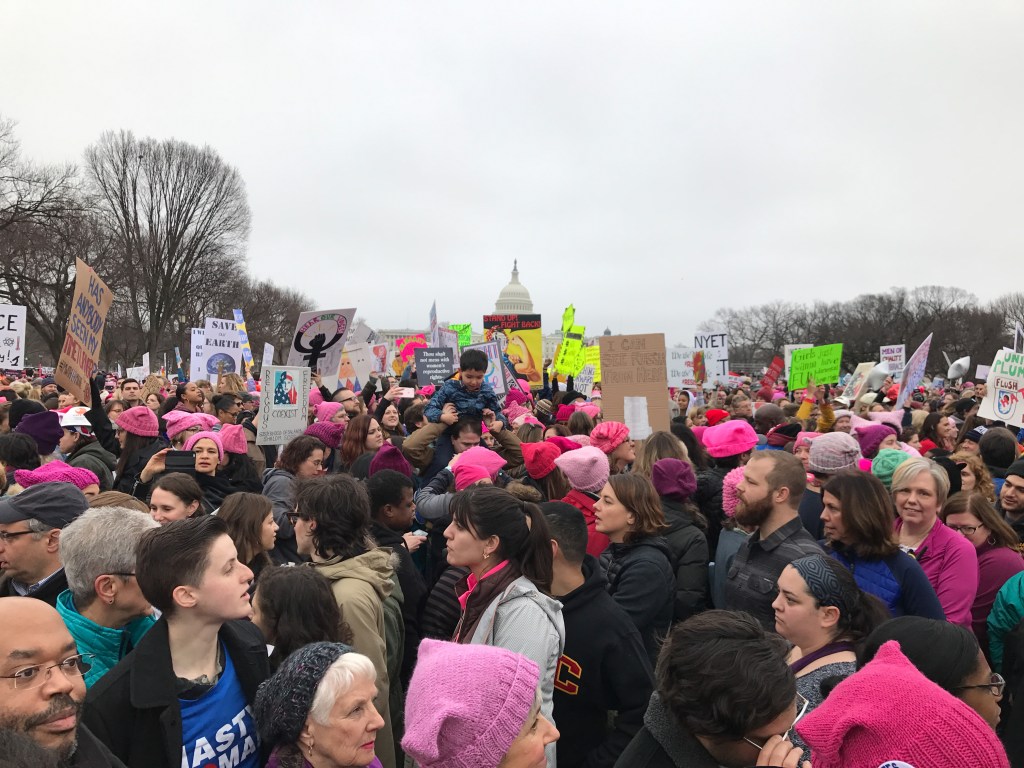 Nevertheless, the energy was happy and empowering as the march continued, with people overflowing onto streets that were not a part of the planned march. Chants about immigration, black lives matter and reproductive rights rang out as the sun started to set. Men yelled out, “Your body, your choice” and women responded, “My body, my choice,” with some jumping in and adding, “Our country, our voice.”

“We will not go away, welcome to your first day,” shouted a man with a megaphone, walking by a woman carrying a child with a shirt saying “tiny feminist.” As the demonstrators walked home, cars in D.C. honked their horns in support and only a handful of “Make America Great Again” hats were seen on 14th Street, overwhelmed by a sea of pink.

Women's March: Crowds Gather in Washington, Sundance and Beyond