Ultraviolet, a women’s rights group leading the charge against Fox News’ Bill O’Reilly amid his sexual harassment controversy, is planning a protest for Tuesday in order to demand that he be fired from the network.

In the past few weeks since The New York Times reported that O’Reilly and Fox News have allegedly paid $13 million to women who claimed that he sexually harassed or verbally abused them, several groups have boycotted and called for advertisers to drop The O’Reilly Factor.

Ultraviolet has called for a boycott, and later published an open letter to 21st Century Fox CEO James Murdoch to fire O’Reilly, which read in part, “We are sexual assault and domestic violence survivors and their loved ones, writing once again to ask you to rid Fox News of its culture of gender-based abuse.”

The group now has a protest planned for Tuesday, to be held at Fox News headquarters in New York, which includes a plane to fly a banner reading “Fox: #DropOReilly, The Sexual Predator.”

Why the Murdochs Should Fire Bill O'Reilly

“Fox News has a problem with sexual assault — and it’s bigger than just Bill O’Reilly. For years, Fox News executives have provided cover for Bill O’Reilly’s systematic harassment and abuse of other Fox New’s employees — making it hard to take their promises to investigate such crimes seriously,” Shaunna Thomas, co-founder of Ultraviolet, said in a statement. “Fox News needs to prove to the public — and its advertisers — that the era of covering up sexual assault is over. That means — firing Bill O’Reilly immediately and conducting a comprehensive and independent investigation into sexual abuse at the network — firing anyone involved in, or complicit in covering up, those crimes.”

The women’s rights group has been calling for O’Reilly’s dismissal since last summer, after Andrea Tantaros claimed she was sexually harassed by the Fox News host. Ultraviolet called for a full investigation, and started a petition calling for O’Reilly’s firing due to any part he may have had in covering up Roger Ailes‘ sexual harassment at the network.

Lately, Ultraviolet has also run ads directed at Fox News employees, asking, “Have You Been Sexually Harassed by Bill?”

Since the allegations of sexual harassment have resurfaced, more than two dozen companies, including Mercedes-Benz, Hyundai, BMW and Allstate, have pulled advertisements from O’Reilly’s show.

The National Organization for Women and Workplace Fairness have also called for the network to fire him.

O’Reilly dismissed the sexual harassment charges in a statement posted to his official site soon after the report was published. The host announced last week on-air that he would be going on a vacation, and the network plans for him to return April 24.

See an example of Ultraviolet’s ads below. 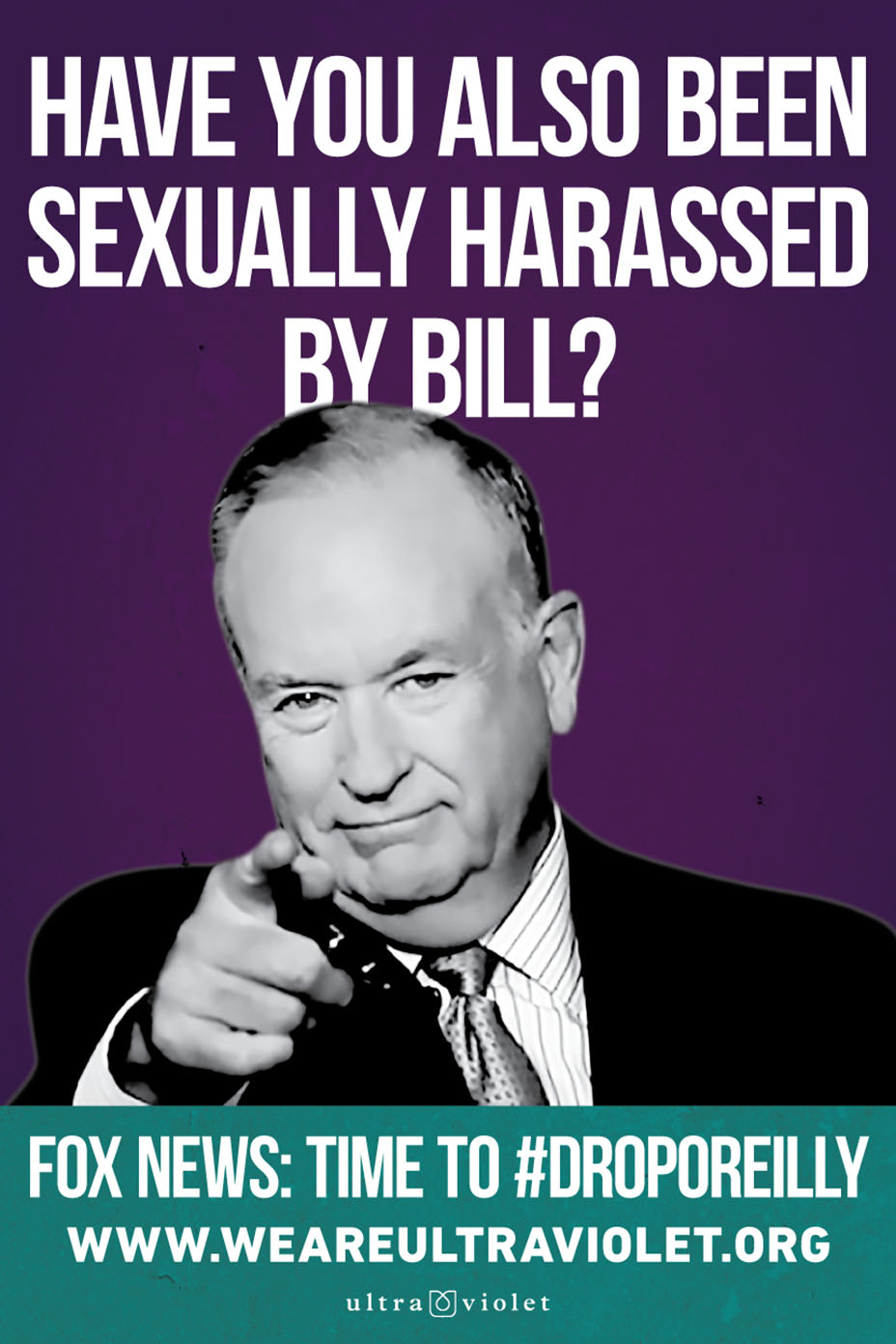