“I just feel so safe here!” exclaimed Jennifer Lawrence, gesturing to the packed crowd of bubbly young professional women gathered at New York’s women-only co-working space, The Wing, on a Friday evening to see the actress speak about her new film, Red Sparrow.

Looking out at the stylish room — filled mostly with millennial professionals not unlike Lawrence herself — the notoriously candid 27-year-old joked about being lulled into a false sense of security and subsequently spilling all of her secrets. (To her credit, she only spilled one.)

This sense of nurturing community is fostered by members who pay $215 monthly for access to one location and $250 monthly for access to all locations of The Wing, which has carved out a niche that is one-part WeWork, one-part Soho House. Since the first location was launched in Manhattan’s Flatiron district in 2016, an additional space opened in Soho; on Monday, the first Brooklyn location, in Dumbo, opened its doors, soon to be followed by a D.C. location.

To date, more than 13,000 women have applied for a coveted membership to The Wing, which is tapping into the growing popularity of women-only co-working/social spaces, with similar concepts such Hera Hub (Southern California, Phoenix and more), CoworkHers (Maine), The Hivery (Northern California) and The Riveter (Seattle), as well as the rise in members-only clubs like the well-established Soho House and Neuehouse, Gwyneth Paltrow’s Arts Club, and the Hospital Club and Spring Place (all coming soon to L.A.). 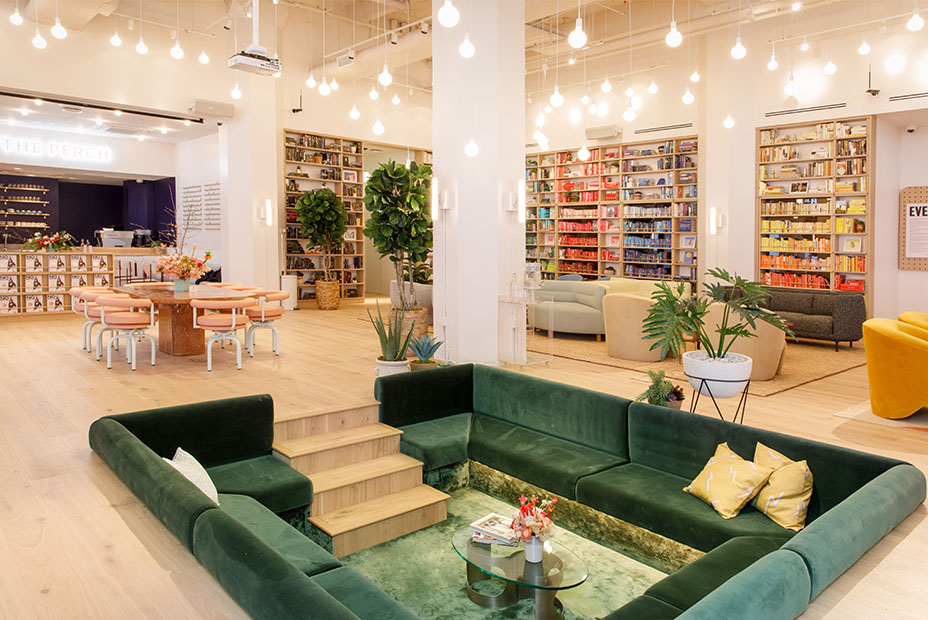 Co-founded by former public relations vp Audrey Gelman and Class Pass alum Lauren Kassan, The Wing has changed the definition  of “co-working space” by adding a lifestyle concept. The brand’s Soho location, for example, not only serves as a workspace for the hundreds of women who frequent the millennial pink oasis on a daily basis as an alternative to working from home or crouching in crowded coffee shops with dodgy Wi-Fi, but also serves as a networking hub for events like Friday’s conversation with Lawrence.

Programming at The Wing’s four locations isn’t limited to the world of entertainment — other happenings on the weekly calendar include trivia nights, “creative breakfasts” and speaking engagements with high-profile professionals from the worlds of media (Christiane Amanpour), politics (Diane Feinstein) and more. In November, Chanel chose the highly Instagrammable locale as the backdrop for its watch pop-up activation. 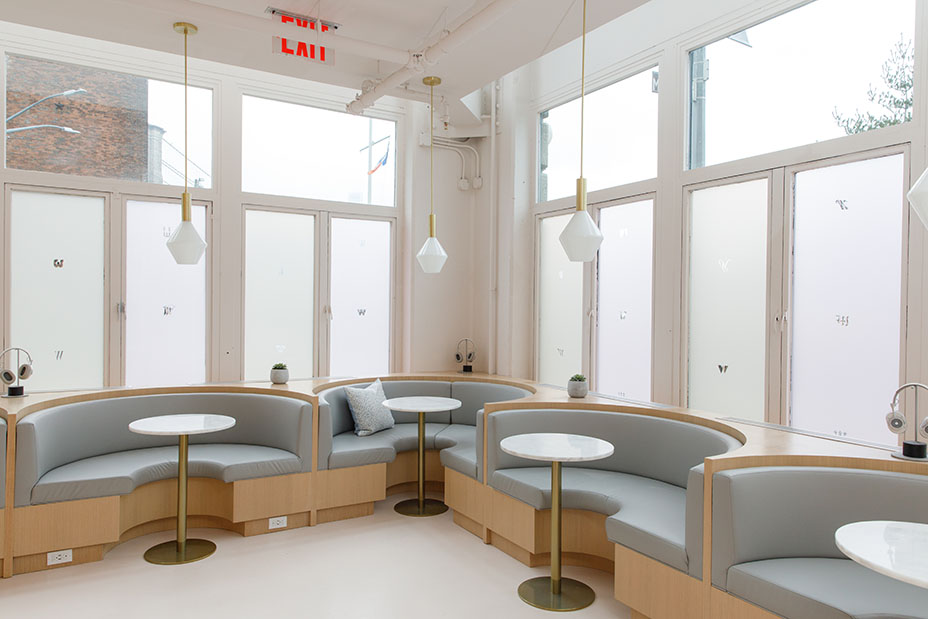 “I think it’s sort of the future of the way that people are going to work and live,” Gelman told The Hollywood Reporter during a recent tour of the Dumbo space, referring to the evolving needs of the nomadic working professional and co-working spaces like The Wing, which completed a $32 million round of funding in November. “For us, it’s a very natural transition for women to use this as a work space during the day and then be able to at night activate it around events or socializing.”

The average age of The Wing’s members is 35, and while the professional makeup reflects, to some extent, that of New York City, with women in media and at tech start-ups making up a good chunk, Gelman adds that “we also have a huge percentage of our members that are doctors, lawyers, academics, researchers, physicians — that’s part of how we curate the community, is making sure that we have professional diversity represented.” 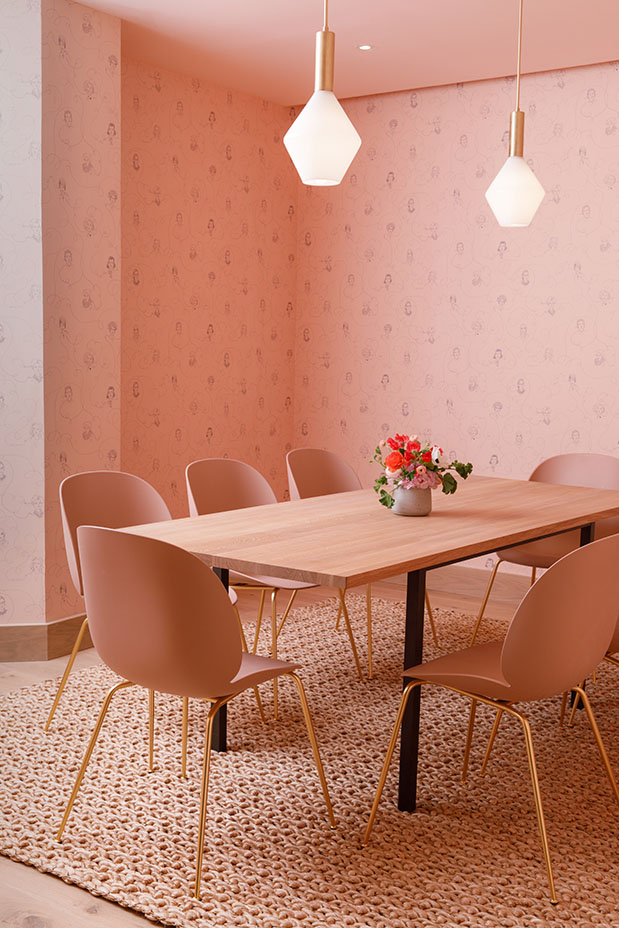 The Wing’s rise couldn’t have come at a better time. In the age of #MeToo and Time’s Up, when women around the country are confronting workplace harassment head on, the women-only space feels not only, as Lawrence said, safe — but also joyous and empowering. “We have a digital portal that connects all of our members, and you can have a profile on it and look up who else is member and search members by their profession,” added Gelman of the camaraderie. “We’ve had a lot of members hire each other through doing that.”

Busy week for us!

With pale pink poured concrete floors and color-coded bookshelves stacked high with works by female authors (curated in collaboration with female-owned iconic New York bookstore The Strand), not to mention the beauty bars loaded with Chanel products, a cafe serving three meals per day, lactation rooms and spa-like showers and locker rooms, comparisons could be drawn to a grown-up sorority house. Outsiders looking in can get a feel for the space courtesy of its biannual print magazine, No Man’s Land, or its just-cheeky-enough Instagram feed — which, by the way, has almost 200,000 followers, despite the fact that The Wing has only 3,000 members.

In April, The Wing confirmed that the company would be opening a new space in West Hollywood, as well as 5 more locations in Seattle, Toronto, San Francisco, London and Williamsburg (Brooklyn).

A space in Hollywood is fitting given Gelman’s own ties to the entertainment industry — she is pals with Lena Dunham and worked with the filmmaker on early projects. “I think it’s been such an amazing year to watch women in [the entertainment] industry become activated politically,” she said. “They’ve really taken ownership of their industry in a way that’s been very cool to watch. We hope to contribute and give a physical face for those conversations to continue.” 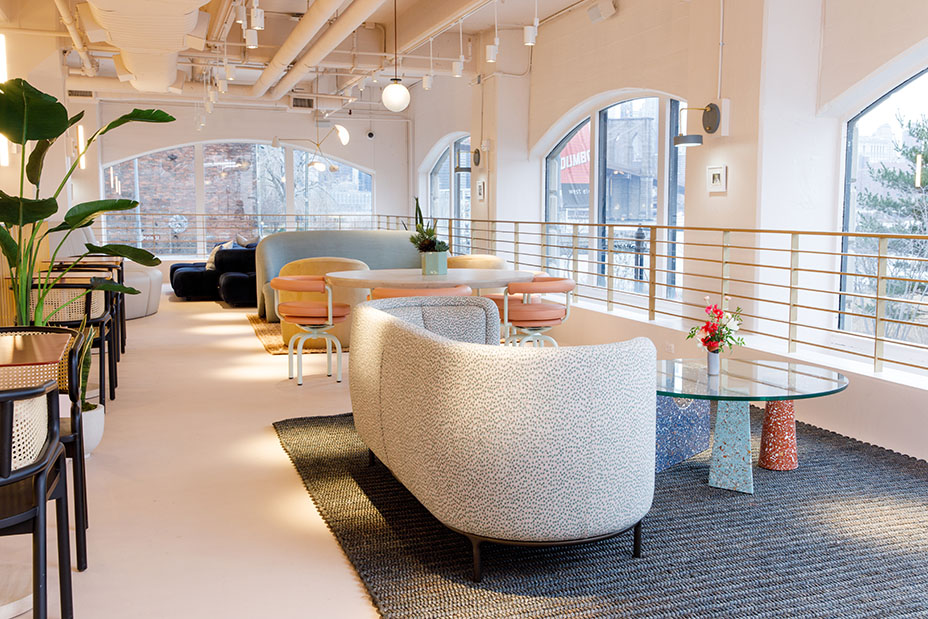