A group of baseball fans made a strong statement during Game 5 of the World Series on Sunday night.

The ticketholders unfurled a huge banner reading “TRANS PEOPLE DESERVE TO LIVE” at Dodger Stadium in Los Angeles, where the home team was taking on the Red Sox. The fans were located in the reserve section just above the suites on the third-base side, above the Dodgers’ dugout.

The banner wasn’t mentioned or shown during the live broadcast on Fox.

The statement comes days after news surfaced of a potential Trump administration initiative to legally determine gender based on the genitalia a person is born with. The policy would mark a drastic move in the government’s efforts to dissolve the recognition and protection of transgender individuals under federal civil rights laws.

The New York Times revealed a memo last Sunday that the Department of Health and Human Services drafted to create a uniform definition of sex under Title IX, which bans discrimination based on a person’s sex in programs that are federally funded. The memo argues that gender is something that cannot be changed.

Many stars, such as Caitlyn Jenner, Laverne Cox and Lady Gaga, have criticized the current administration since the memo leaked.

A group dubbed the TransLatina Coalition posted live video on Facebook of themselves unfurling the banner on Sunday. The group’s president, Latina transgender activist Bamby Salcedo, was among those who were involved and also shared the video.

Meanwhile, it’s unclear how they managed to get the banner by security personnel, who perform bag checks and remove prohibited items such as banners, signs and flags.

The Boston Red Sox lead the L.A. Dodgers in the World Series with three wins to the home team’s one heading into Sunday night’s game. The Red Sox went on to beat the Dodgers 5-1, nabbing their fourth World Series championship in 15 years. 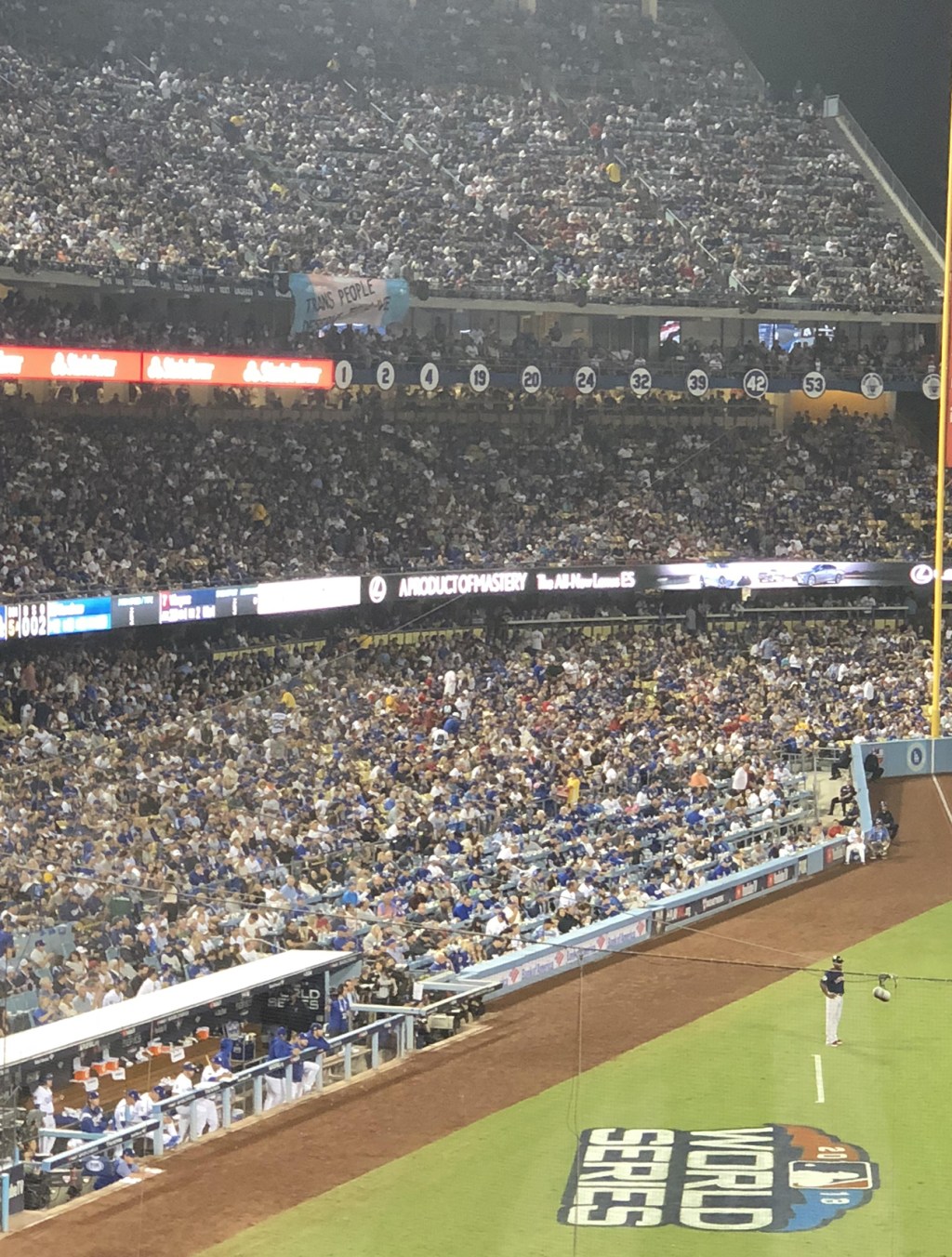 Katherine Schaffstall contributed to this report.