Babaloo Mandel, 69, and Lowell Ganz, 70, have been writing together for nearly 40 years — and by writing, we mean shouting at each other. “We’re acting while we write,” says Mandel. “We’re inside the moment, inside the character’s mouth.” However they do it, it’s paid off. The pair, who have been pals since even before working together on Happy Days, co-wrote some of the biggest hits of the 1980s and ’90s — 1984’s Splash, 1989’s Parenthood and 1991’s City Slickers — co-creating some of cinema’s most enduring lines (like City Slicker‘s “I crap bigger than you!”). On Feb. 17, they’ll be honored with the WGA West’s Laurel Award for Screenwriting Achievement.

Legend has it you guys met in a parking lot. Is that true?

LOWELL GANZ We actually did meet in the driveway of The Comedy Store. We were just hanging out with a bunch of very young comedians and comedy writers. I was writing for The Odd Couple at the time …

BABALOO MANDEL And I was successfully unemployed.

GANZ If you went inside The Comedy Store, there was a cover charge. But there was a pay phone at the entrance; you could hear everything from there.

MANDEL So, if you put in a dime and pretended to be talking, you could hear the whole act.

GANZ This was in lieu of having girlfriends.

You both ended up working on Happy Days. And then Ron Howard, who wanted to direct his first film, approached you with Night Shift. The story I heard is that Brian Grazer came up with the idea when he read a piece in The New York Times about a brothel being run out of a morgue.

GANZ I remember it was the Daily News …

MANDEL It was the News, because I remember seeing the same article. It was like an inch long, but I remember reading it.

GANZ And Ron Howard and Brian came to me and said, “You think this is anything?” I said, “Yes, but I want to write it with a partner,” because I’d never written a movie before. And I said, “There’s this guy I’ve been working with, Babaloo, I want to write it with him. And they said, “Gee, we thought you’d pick someone with more experience than you, not less!”

GANZ Yes, that was Brian again. He’d already gotten a mermaid script, but it was very different from what we ended up doing. That script was a fantasy that took place underwater with King Neptune. It was basically The Little Mermaid before Little Mermaid. Brian asked us what we thought, and we said we didn’t like it.

MANDEL We told him that we didn’t grow up in an underwater kingdom, so we wouldn’t know how to write it.

GANZ But from the point of view of a young man disappointed in love, we could write it.

A lot of big names were approached for Splash — Jeff Bridges, Richard Gere, John Travolta. How did Tom Hanks end up with the part?

GANZ Now, that we can take credit for. We were doing a job at Happy Days — once a week, we’d watch a run-through and give notes. And we came in one week when Tom Hanks, who’d done Bosom Buddies, was doing a guest role. At this point Splash had been turned down by every actor in California …

MANDEL But the minute Tom showed up on that rehearsal stage, we knew he was brilliant.

GANZ The thing about Splash is that at the time we were developing it, there was a bigger mermaid movie at Warners. It was going to be a screenplay by Robert Towne, with Herbert Ross and Ray Stark producing and Warren Beatty playing the guy. People wanted to be in that mermaid movie — they didn’t want to be in our discount mermaid movie. So it was hard to cast, very difficult. 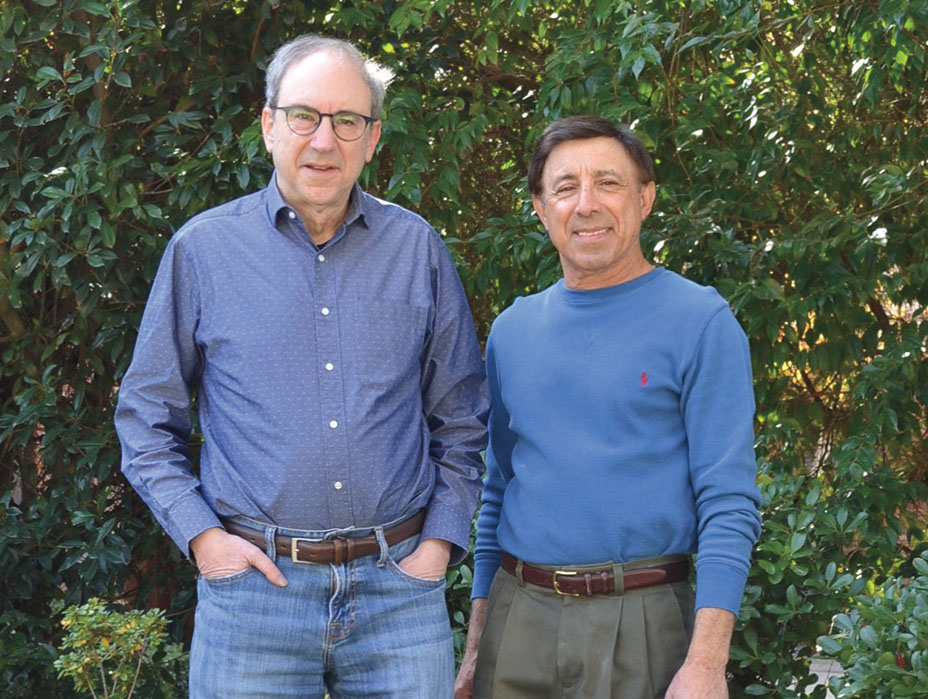 Your next movie with Howard was Parenthood. You guys are both fathers. How much of that was autobiographical? Which one of your kids put a bucket on his head and ran into walls?

GANZ That was my little boy, Simon, who just turned 33 and has a child of his own. He is, in fact, a comedy writer. He writes for Santa Clarita Diet on Netflix.

MANDEL That was the most personal movie we’ve made. Mostly everything in that movie happened to somebody involved in making it. Also, it’s written for adults. We weren’t writing anything for kids to laugh at. It’s a movie about families but it’s not a family movie.

You guys have written some classic lines, like “There’s no crying in baseball” from A League of Their Own. Do they just pop into your heads, or are they painfully crafted?

MANDEL It’s organic. We’re writing in the moment. We tend to write out loud. We don’t write the scenes privately and hand them to each other — we write face-to-face. And loudly. We’re talking one line on top of another, like jazz.

GANZ And I have a ballpoint pen in my hand while we’re talking. Babaloo is talking and I’m scribbling. We donated that page from A League of Their Own to the Writers Guild library. It’s under glass on a wall.

MANDEL As we will be one day!

Channing Tatum to Play Mermaid in 'Splash' Remake for Disney

SCRIPTING STARS
Five other honorees at the WG event include a French icon, a political satirist and one of TV’s busiest creators.

His Vice script will be honored for embodying “the spirit of the constitutional and civil rights and liberties that are indispensable to the survival of free writers everywhere.”

The TV award will be bestowed on Kohan, the creator of Weeds and Orange Is the New Black who also is executive producer and writer on Netflix’s GLOW.

The honor recognizes the award-winning TV writer-producer and longtime WGA West board member’s dedication to the guild. She’s been a member since 1972.

In 2018, the iconic French filmmaker, 90, became the oldest person to be nominated for a competitive Academy Award with her documentary Faces Places.

A prolific animation writer-director, Dubuc is the showrunner of the upcoming Disney Junior series The Rocketeer.