Two generations — and attitudes — of superheroes collide when different incarnations of the same hero are forced to live each others’ lives. Sound impossible? Not for heroes who have to deal with finding themselves on The Wrong Earth.

“Superheroes are everywhere in 2019. They dominate at the box office. They’re streaming on our devices. They’re in comics and books and on your t-shirts,” says Hart Seely, publisher of AHOY Comics. “If you’re asking yourself, ‘Do I need another superhero in my life?,’ I’d say, ‘Well, no. No, you do not. You need two new superheroes in your life.'”

The two superheroes in question are technically the same man — but they’re two different versions from two alternate Earths, explain Seely of the property from AHOY, a startup that launched last year.

“On sunny Earth-Alpha, Dragonflyman is an old fashioned crime-fighting hero dedicated to maintaining the delicate scales of justice,” Seely tells The Hollywood Reporter. “On the dark streets of Earth Omega, Dragonfly fights evil maniacs and corrupt cops, alike, and he’ll do whatever it takes, especially if what it takes is breaking a jaw.”

So… what happens when the Dragonflymen from each Earth find themselves switching places without warning? The answer is AHOY Comics’ The Wrong Earth, which has two important releases this week: a collected edition of the original six issue series by Tom Peyer and Jamal Igle (Juan Castro and Gary Erskine also contribute art), set to bow Wednesday, and Dragonfly & Dragonflyman, AHOY’s first Free Comic Book Day release by Peyer and Russ Braun.

The Free Comic Book Day release also includes a Captain Ginger story by Stuart Moore and June Brigman, as well as work from Seely and cult cartoonist Hunt Emerson, the latter of which features Edgar Allan Poe struggling with his nemesis, the Black Cat. It will be available in participating stores on Saturday.

Seely called The Wrong Earth “a great satire of superhero tropes and well-worn comic book cliches,” adding, “What I love about it, as a reader, is that it’s more than just a parody, or a collection of Easter eggs — it’s a human story about why we make the choices we do and what we do when we’re confronted with the opportunity to live a very different life.”

Peyer, whose résumé includes DC’s The Flash and Hourman in addition to a stint as an editor on titles such as Doom Patrol and Wonder Woman, tells THR, “I’m often asked why our culture has become so fascinated with superheroes. My response is, what took everybody so long? Superheroes are the greatest thing I know. Secret identities, powers, costumes, code names … they blend together like a string quartet into something finished and perfect. And they have the added value of being easy to make fun of, which is just as important to me.”

“For me, drawing The Wrong Earth has been an exercise in subtlety and absurdity,” adds Igle, who has worked on Firestorm, Nightwing and Supergirl. “Familiar, yet different, with Dragonflyman’s sunny disposition playing against that of his doppelgänger, Dragonfly. The same goes for their respective Earths: one DayGlo and pop-art inspired, filled with retro-futuristic technology, the other a shadow of our real world. Both approaches inspired by distinct eras of superhero comics from the 1960s-80s and the 2000s. My love of superheroes is all over this series — in more ways than one.”

Ahead of the release of the Wrong Earth collected edition, THR can share an extended preview of the title, below. 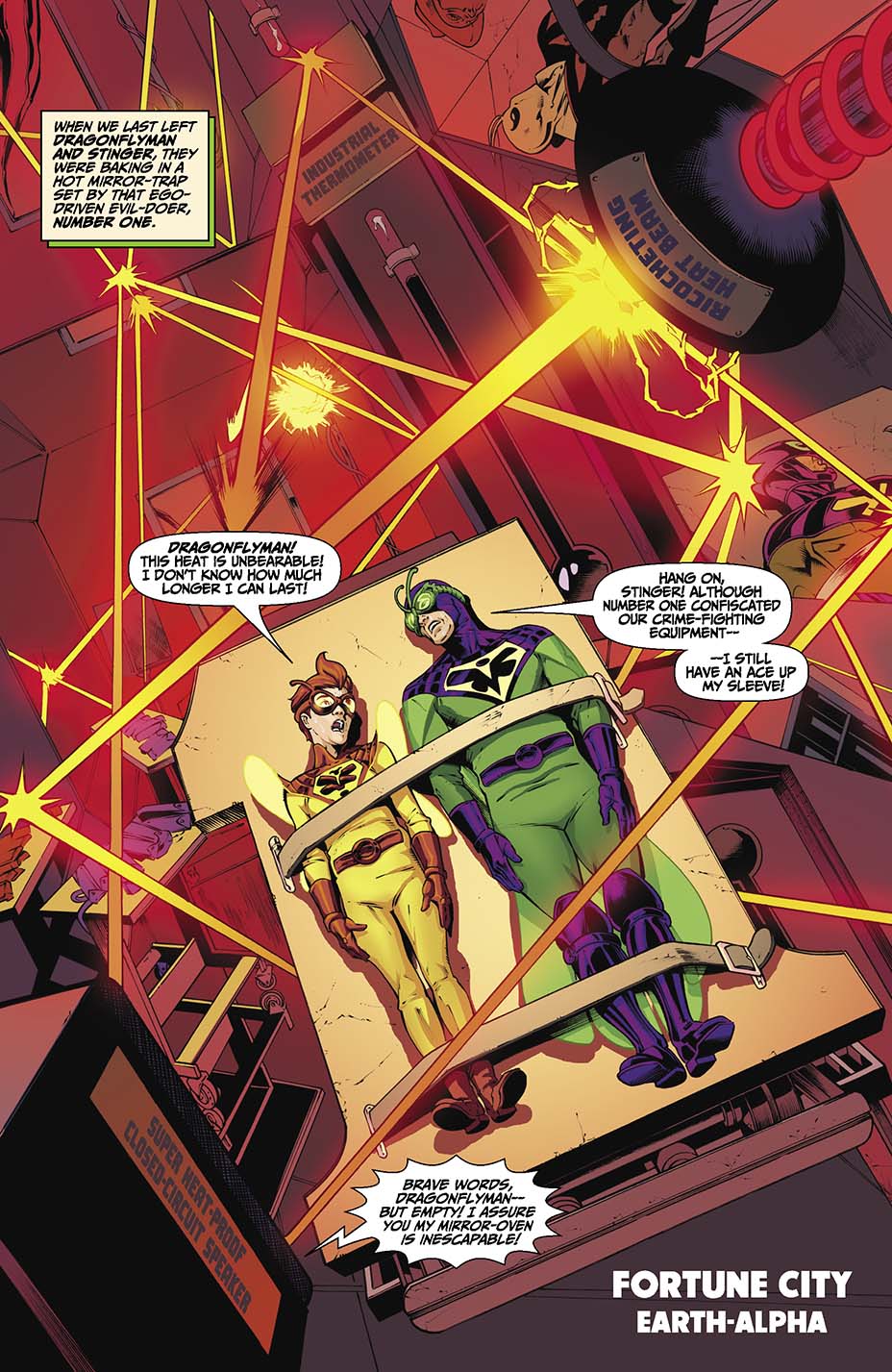 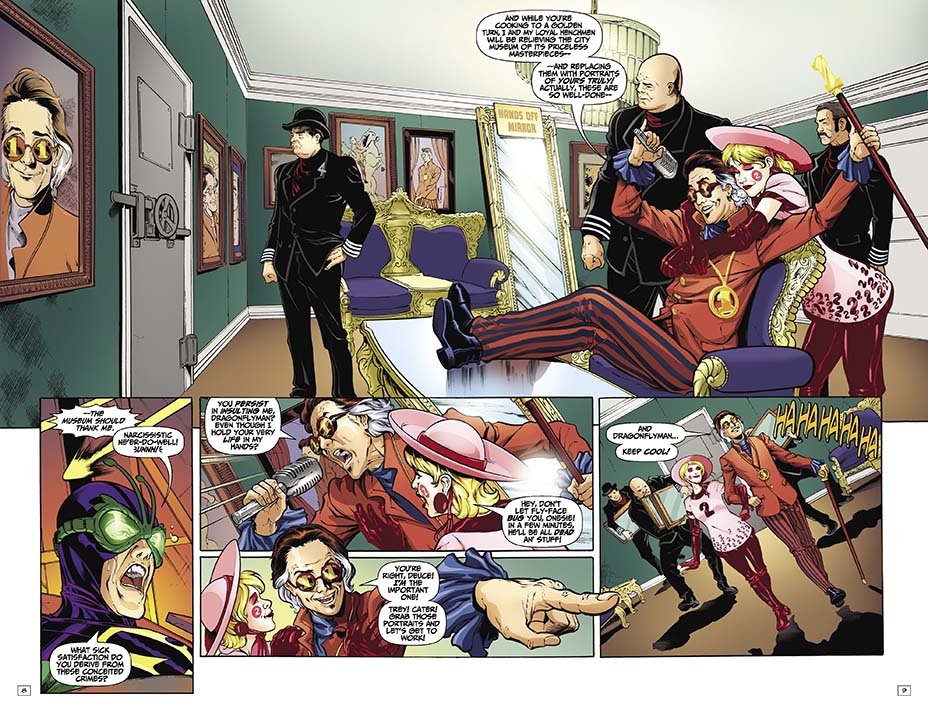 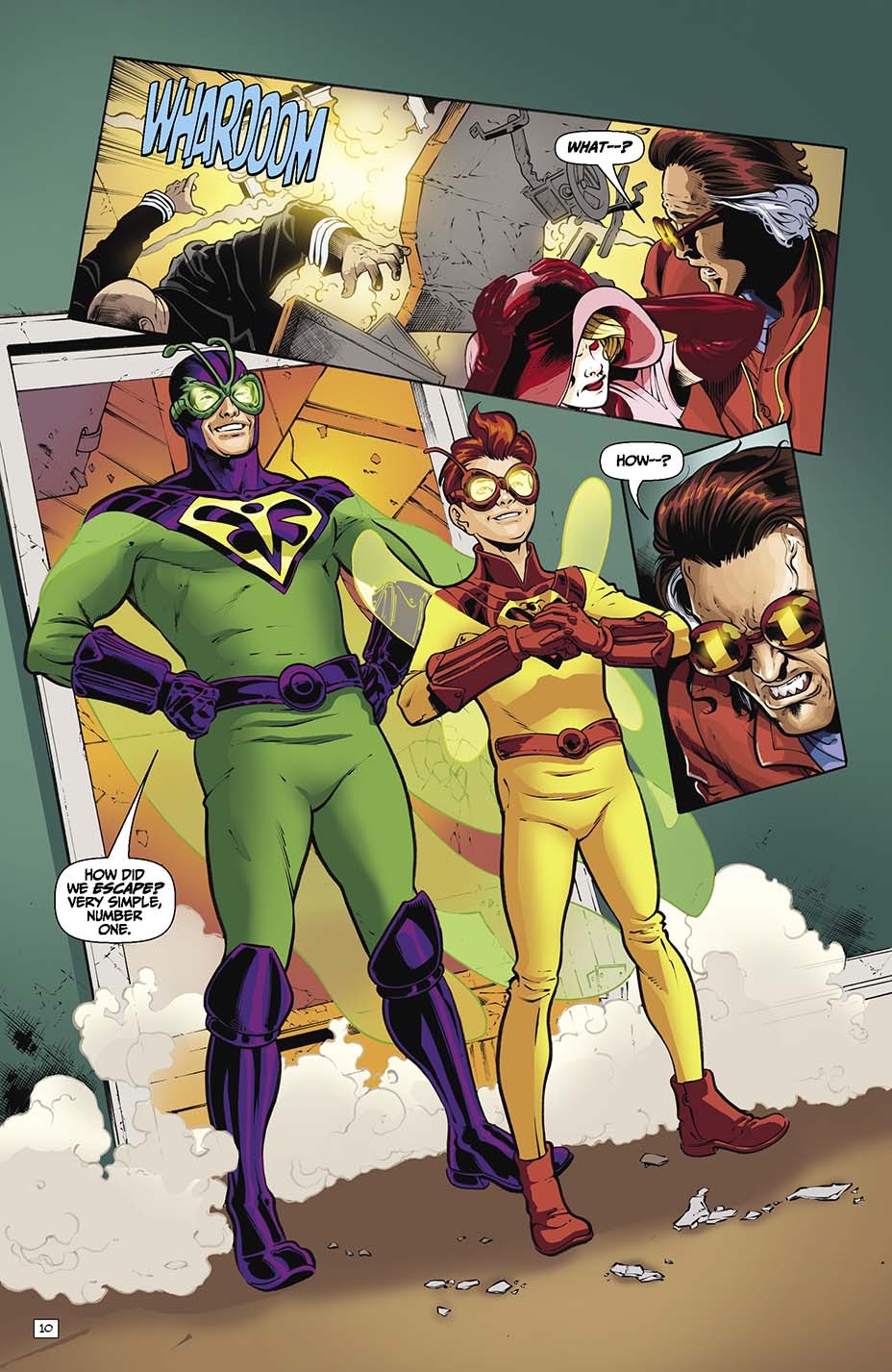 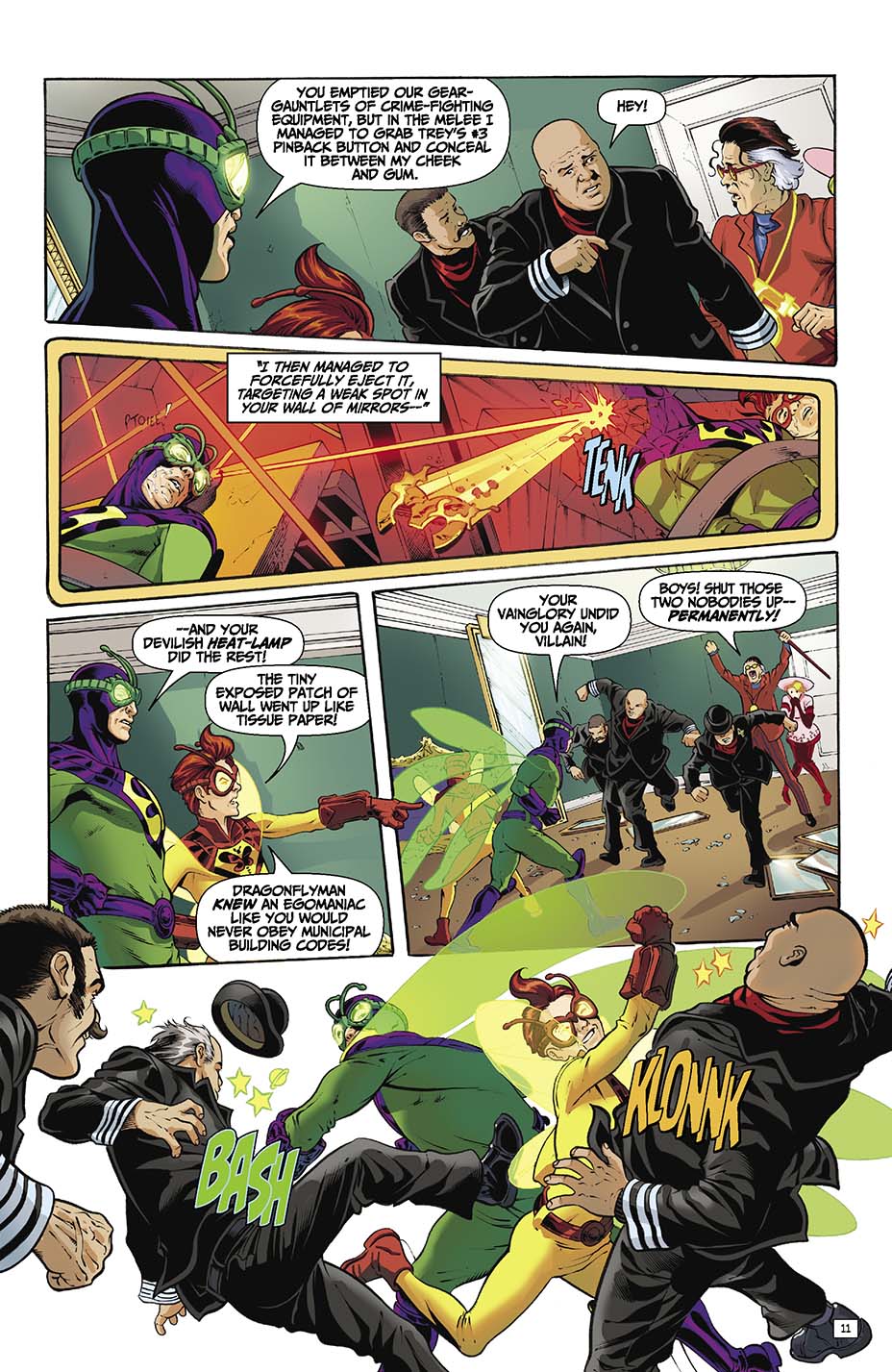 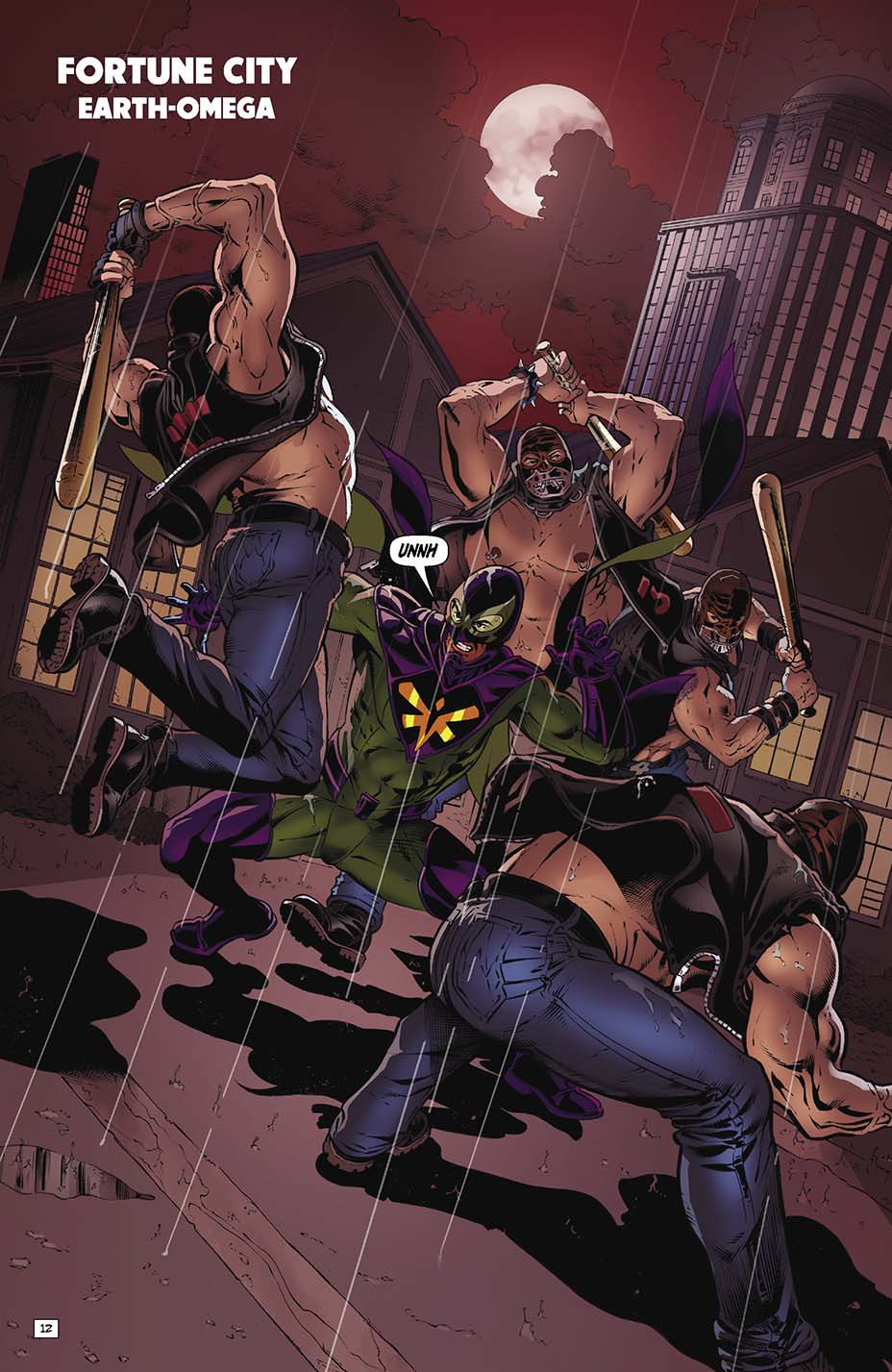 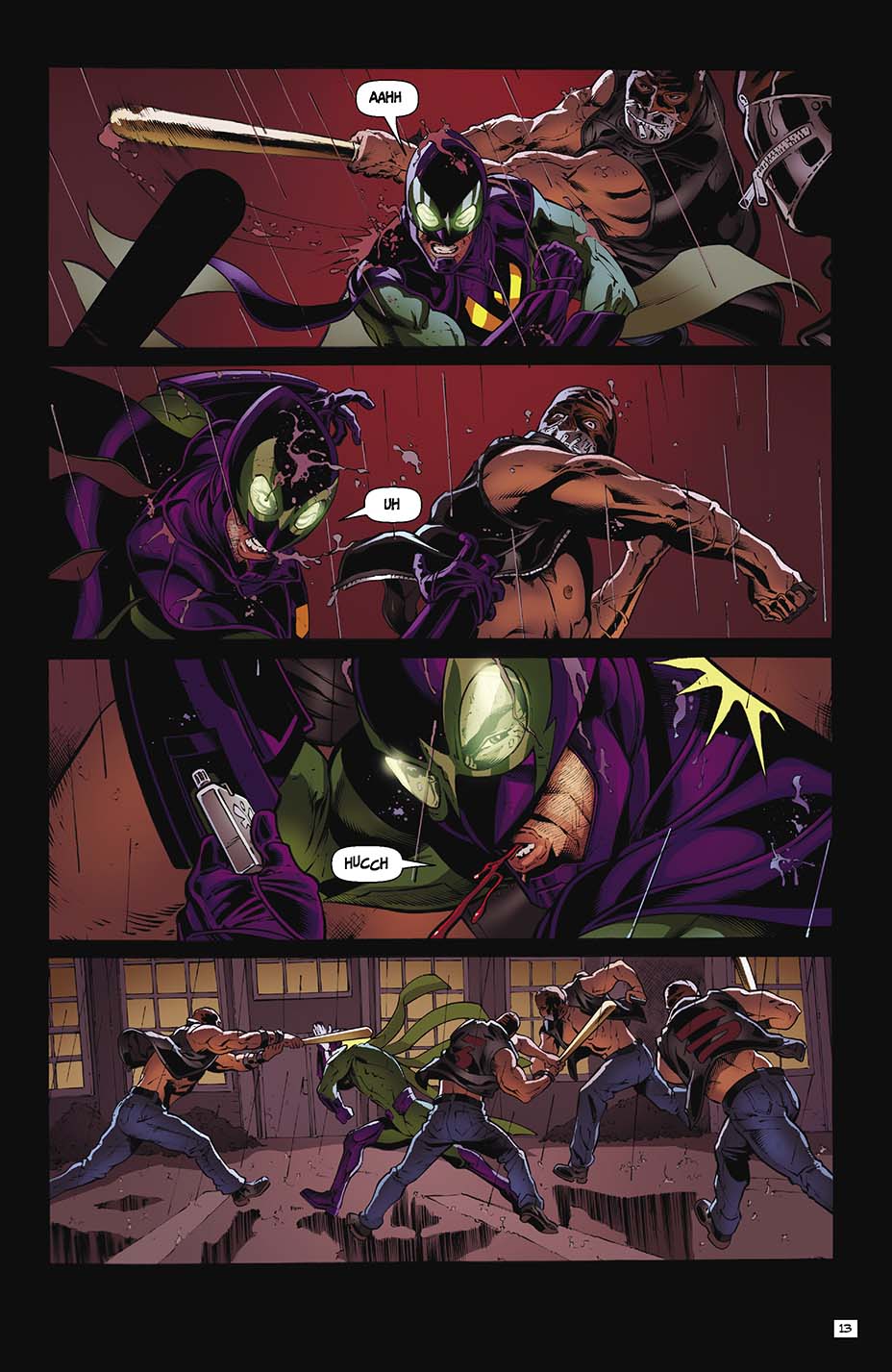 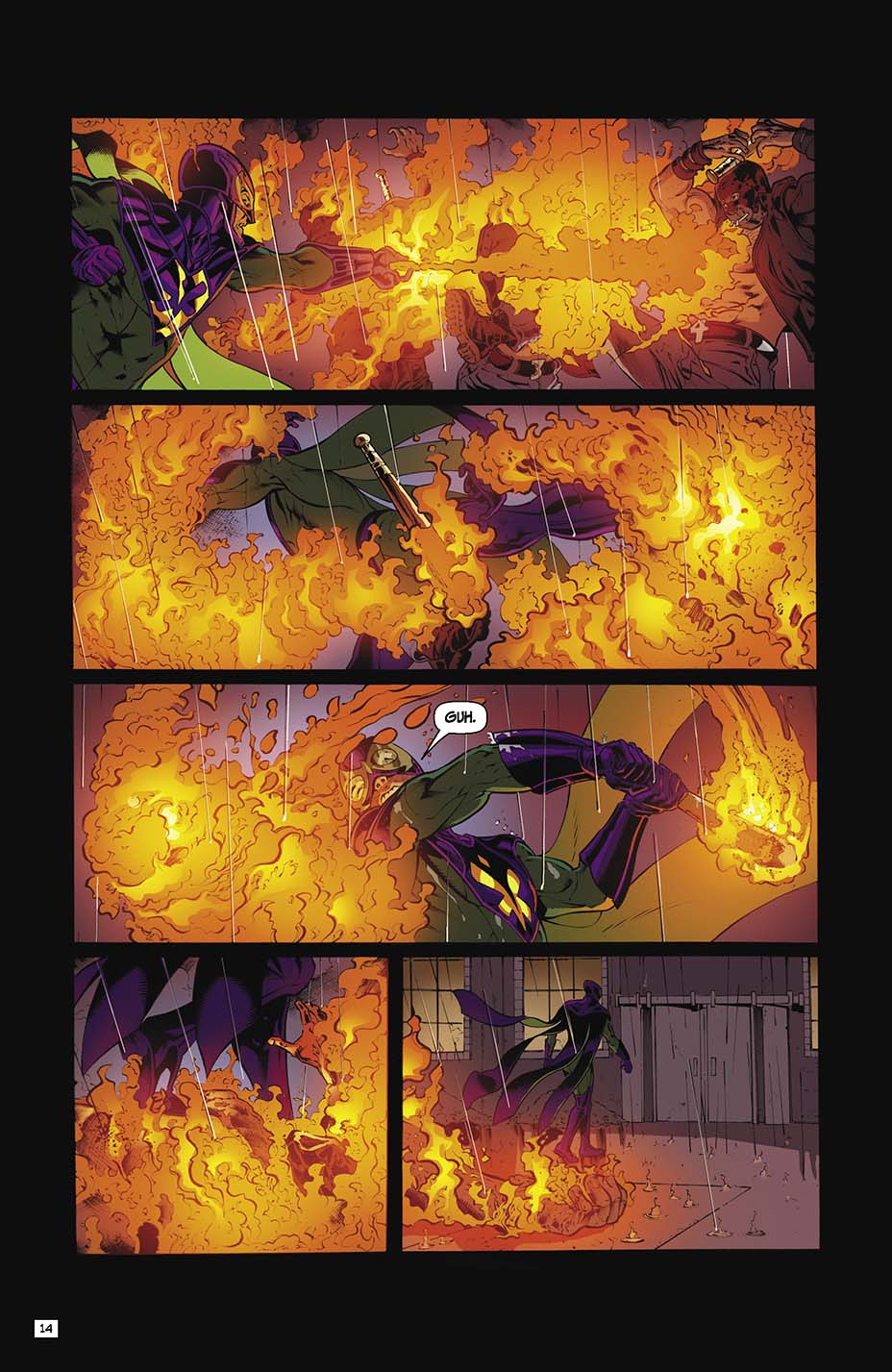 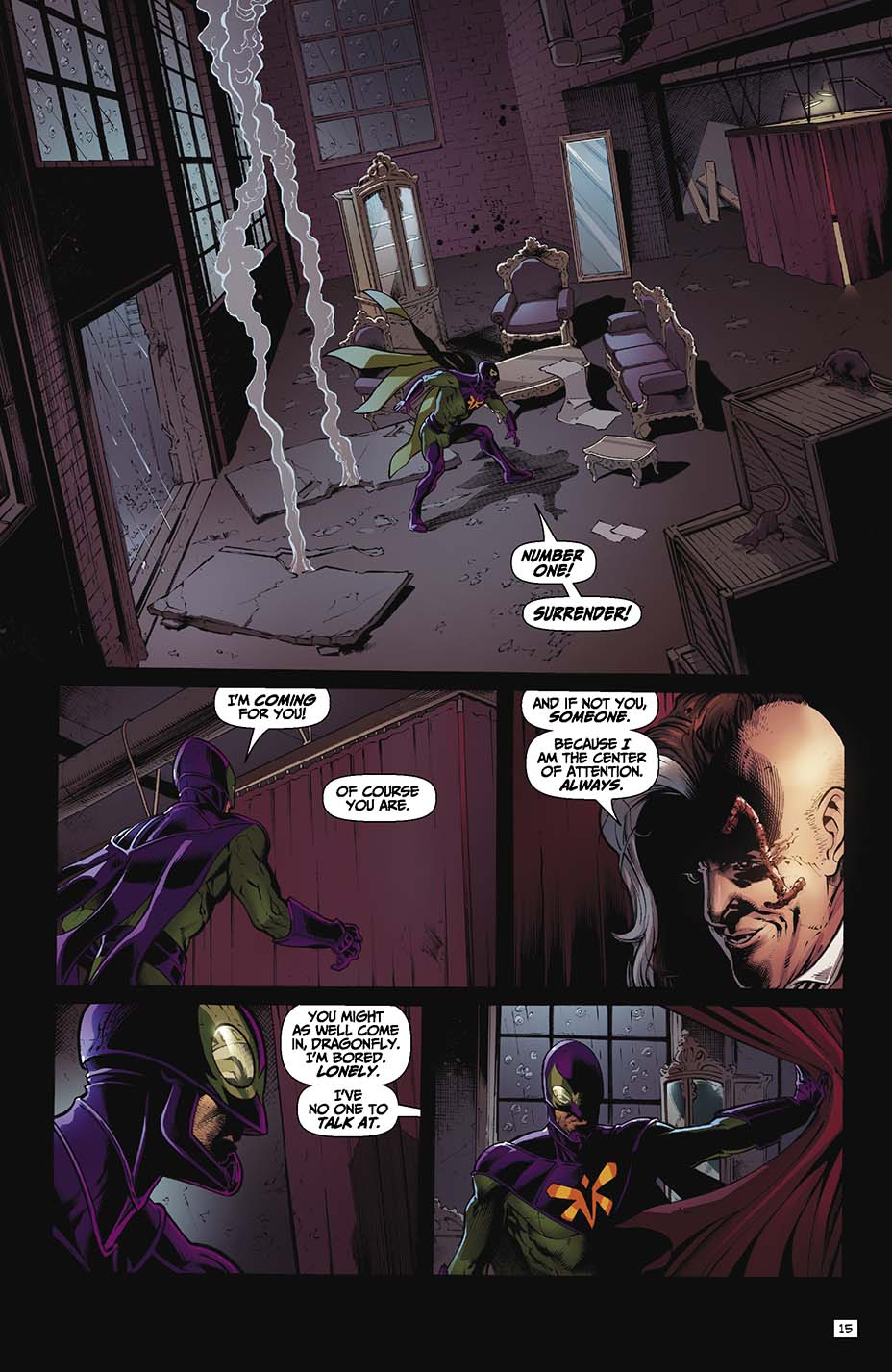 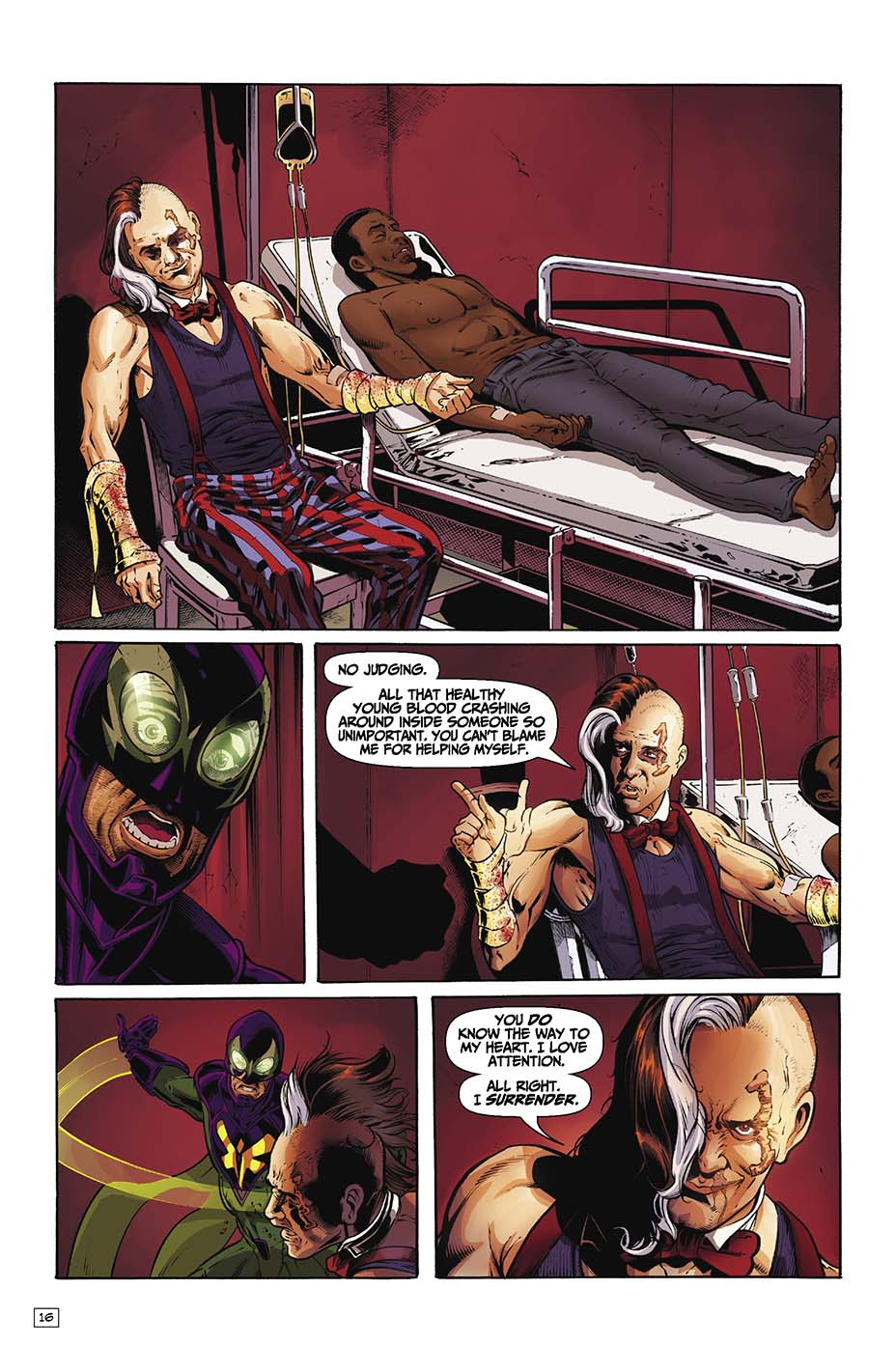