Director Danny Boyle is hoping a mix of the legendary tunes from John Lennon/Paul McCartney and a science fiction-esque premise are enough to pique the interests of those not heading to the stateside rerelease of Avengers: Endgame this weekend.

Universal’s Yesterday stars Himesh Patel as Jack, a struggling musician on the cusp of throwing in the towel and getting a real job, despite the ongoing support of his longtime friend Ellie (Lily James). One day he’s struck by a bus at the same time a mysterious blackout hits the entire planet. When he awakens he finds he’s the only person who’s ever heard of The Beatles. Capitalizing on the situation, Jack builds a career performing the songs only he remembers, bringing international fame and fortune but threatening his friendship with Ellie, the only person who’s always been there for him.

Reviews for the movie, which premiered in May at the Tribeca Film Festival, have been slightly above average, as scored on critic aggregators Rotten Tomatoes (64 percent) and Metacritic (53 percent). There aren’t too many comparisons for a high-concept movie that also features iconic music like The Beatles’, but Sony’s 2007 Beatles catalog musical Across the Universe (which grossed $24 million stateside at the time) stands out.

Working Title/Universal have run a campaign that’s heavy on the songs moviegoers have heard all their lives while also focusing on the drama caused by incredible success. And the studio decided to open the film relatively wide, in 2,600 theaters, in the U.S. for its opening weekend. 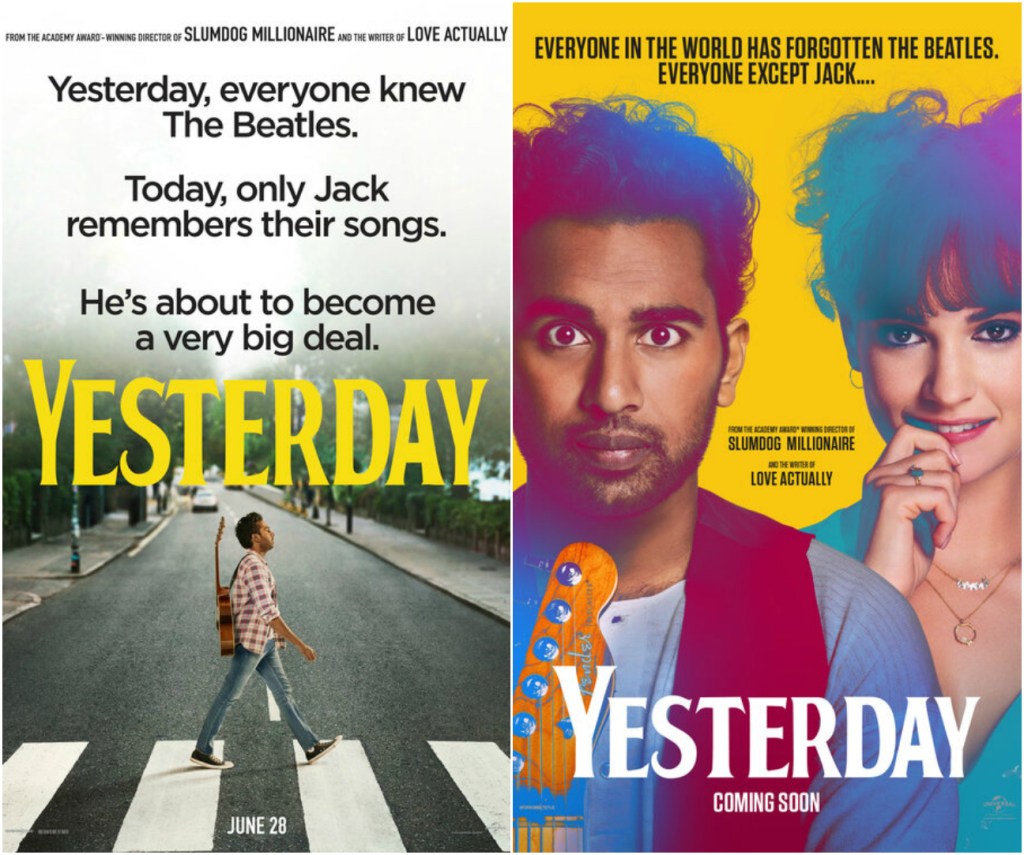 Jack is shown on the first poster (from agency Iconarts Creative) walking across the same pedestrian crossing zone featured on the cover of The Beatles’ Abbey Road album, with copy above him spelling out the premise that he’s now the only person who has heard of the band.

That’s explained once more on the second poster (from agency Empire Design) which trades an Abbey Road photo for headshots of Patel and James that are colored to appear more psychedelic and eye-catching.

Put together the two one-sheets offer an overview of the story and setting, highlighting both the movie’s musical heritage and the relationship between the two main characters. Both also make sure to include that the movie comes from the director of the popular and acclaimed Slumdog Millionaire as well as the writer of Love, Actually, Richard Curtis.

The movie’s only trailer (29.1 million views on YouTube, which is, anecdotally, a decently big number for a film that isn’t a superhero blockbuster) came out in February, a full four months in advance of the theatrical release.

It offers a good overview of the story, showing how Jack is a struggling musician who, after he gets into a bike accident, wakes up in a world that has never heard of The Beatles. He uses that status — and the songs — to gain super stardom as the world’s greatest singer-songwriter. Massive success still doesn’t mean he’s happy or that everything else is going well, and a complication emerges when two men come forward claiming the songs are theirs.

The movie was selected as the closing night feature of this year’s Tribeca Film Festival, with Boyle speaking while there about how important he felt the story is and how he worked with The Beatles’ legacy while never having them onscreen. A promoted tweet run about the same time of that screening increased the reach of the trailer, coming while conversations about the movie were rising again.

An extended clip from early May focuses on the scene where Jack is given a guitar and shares the title song with his friends, who don’t recognize it at all, a reaction that shocks him. A featurette focuses on Curtis explaining why and how he cast Ed Sheeran in a key role in the movie. Another has Curtis sharing the movie’s premise and how he went about creating a world where The Beatles never existed.

The movie’s version of “Something” got a lyric video in early June. A bit later a video was released showing Patel performing “Yesterday” at Abbey Road Studios. A montage clip used “I Want to Hold Your Hand” and more to show off scenes from the movie.

Universal hosted a screening of the movie for exhibitors attending CineEurope. The two stars offered a recap/preview of what audiences considering the movie could expect from the story.

Cast and crew attended the Los Angeles yellow carpet premiere, a color scheme in keeping with the rest of the campaign’s branding. A promotional event for the film’s soundtrack — from Capital Records, the same label that manages The Beatles’ catalog — was held earlier this week at the site of the old Hollywood Tower Records Building, an event that included another performance of “Yesterday” by Patel, something he had done elsewhere on the publicity circuit starting with April’s CinemaCon exhibitor gathering. 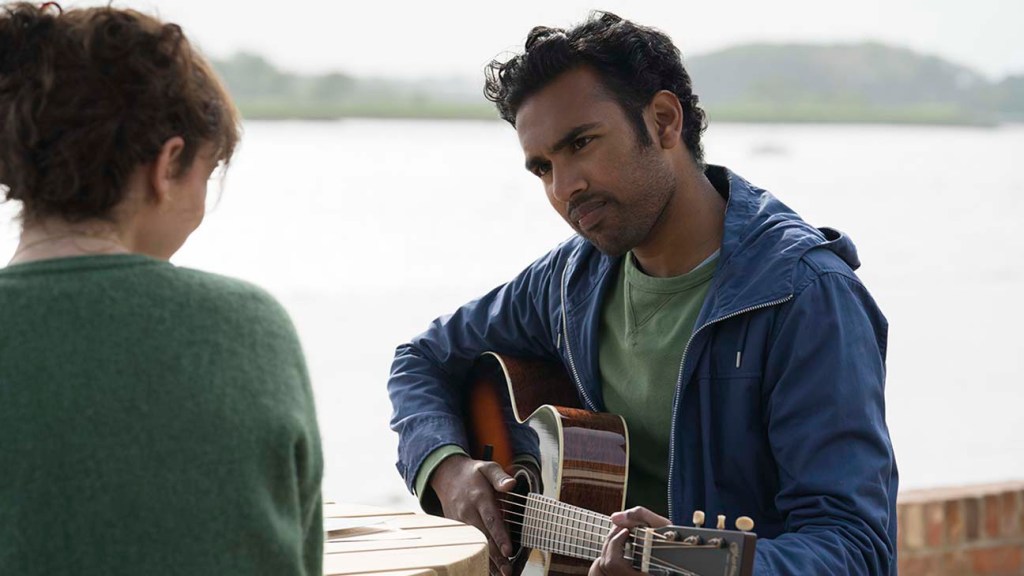 The Beatles have never faded from the pop culture mainstream, with their music used in countless movies and TV shows over the last 55+ years. That catalog, always in print and in-demand, has formed the basis for a Cirque du Soleil show, a Rock Band video game and the Julie Taymor-directed Across the Universe in 2007. When legal disputes were finally overcome in 2015, the group’s records and compilations came to streaming services, helping another generation of listeners discover the genius contained in them. The animated series Beat Bugs, which MGM will adapt as a feature film, does the same thing for an even younger demographic.

But will it be enough to bring audiences to theaters? The Yesterday campaign has worked hard to make the music the central selling point for the film, but the premise is high-concept, something that may cause people to take a pass since it seems like less than a known quantity.

That’s likely why so many of the promotions have identified the movie as “crowd-pleasing” and “a total joy,” pulling positivity from early reviews to woo those who may be looking for something a bit lighter than is offered by superheroes and extraterrestrial law enforcement agencies. Universal wants to highlight it as summer escapism, a breezy good time at the theater.