Continue to The Hollywood Reporter SKIP AD
You will be redirected back to your article in seconds
Skip to main content
February 9, 2017 6:00am
Logo text

Out Australian singer Brendan Maclean explained that his NSFW music video “House of Air” — a controversial clip that stars adult film actors and features hardcore gay sex, urination, bondage and defecation — was born out of a desire to celebrate gay history while smashing “boring” stereotypes.

Even President Donald Trump factored into his creative yearnings (more on that later) with Maclean, 29, describing it as “art” in various interviews. YouTube, however, has just dubbed it inappropriate, yanking it from the site after 10 days, more than 700,000 views and an explanation that “this video has been removed for violating YouTube’s policy on nudity or sexual content.”

Also shocking is the fact that the video stayed up as long as it did. Facebook pulled it immediately following its Jan. 30 debut, but since it remained live on YouTube, that meant many users had time to drop loads of opinions in the comments section. Many of those were, as one can imagine, not very kind, if not a bit confused over how it remained active on the site. Others were more direct and some were downright out of line: Maclean said he received death threats and that his email was hacked multiple times.

When The Hollywood Reporter checked YouTube on Wednesday morning, the video had received north of 6,000 comments and 25,000 “thumbs down” votes, but since the video has now been pulled, those posts are no longer available. A rep for YouTube didn’t respond to a request for comment as of press time. All is not lost: “House of Air” remains live on Vimeo as well as a special website created solely to host the video, behind-the-scenes footage and exclusive art from the film.

Maclean didn’t seem fazed by YouTube’s actions, alerting his 26,300 Twitter followers to the news Wednesday afternoon. (“Degenerate queer” reads Maclean’s official Twitter bio.) “Ah, what a journey. 700,000 views YouTube has finally removed House of Air,” he posted before directing fans to that special website, HouseofAir.info. (The landing page asked users to answer the question, “Are you aged 18 or over?” With a “yes,” viewers are allowed to watch the three-minute, 57-second video, but if the answer is “no,” the site redirects to another Maclean music video posted on YouTube titled “Stupid.”)

He seemed equally relaxed when THR caught up with him hours later via email. Responding from a respite on a ranch farm in Victoria, Australia (where he said he was keeping busy babysitting a rescue pup named Cody while eating a peach), Maclean admitted that he never expected “House of Air” to have a long life on the video-sharing site.

“We put it on YouTube as a joke. We had bets on when it would be pulled down — nobody won,” he quipped, before getting serious about how the experience has affected his creative instincts. “This was never a ‘marketable’ idea, but it was an original one that I cared about. Was it for everyone? Absolutely not. Has it been the most success I’ve had with anything ever? Absolutely. You spend a lot of time as an independent musician worrying about how to appease the vanilla masses; it’s why I called my record with House of Air: funbang1. This whole project has been about looking at topics, sounds and visuals that kind of just entertained me. What a surprise that the advice about not trying to please everybody has been true this entire time, I just had to believe it.”

What Maclean couldn’t believe was the outrage.

“I knew people would be ‘grossed out’ by some scenes but to see this white hot fury, the homophobia, the anti-semitism — none of us are Jewish anyway, but that’s the alt-right for you — and such kind of shook us all. Some days I just burst into tears, particularly when gay artists said I’d let down the community. I see now that people were mad that we displayed kink and fetish in a joyful manner,” he explained. “For something so pornographic it’s quite happy, just like the song, and that seems to infuriate people. ‘How dare you not apologize for showing sex! You should be ashamed!’ And now I just smile and think, cool, that’s your own issue, not mine.” 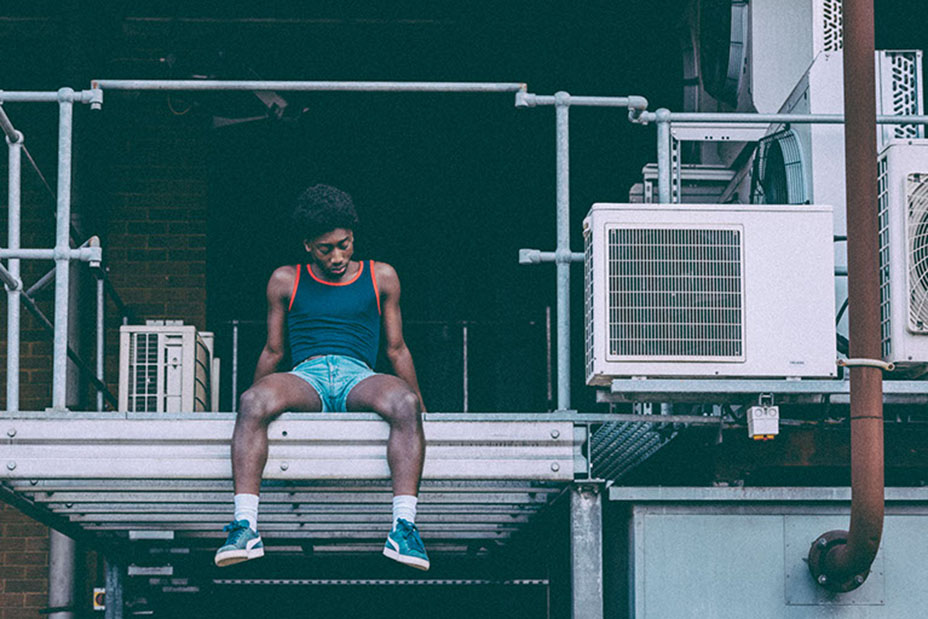 Maclean — who is also an actor who appeared in Baz Luhrmann’s The Great Gatsby — got the idea to do something provocative yet educational when he was in a library hidden inside a well-known London sex shop. The backstory got a full rundown in an op-ed piece published earlier this week. “There, snuggly positioned between various musings on queer culture and biographies of Harvey Milk, I spotted a very plain, very thin grey book: Gay Semiotics by Hal Fischer,” he explained in The Guardian. “Vaguely familiar with the handkerchief codes of the early ‘70s, I found myself unable to part with its scholarly yet delightfully witty take on the movement. I devoured the essay and its awkwardly shot collection of kink photography in a park opposite the doomed store, and quickly scrawled down the note: ‘Gay semiotics music video.'” 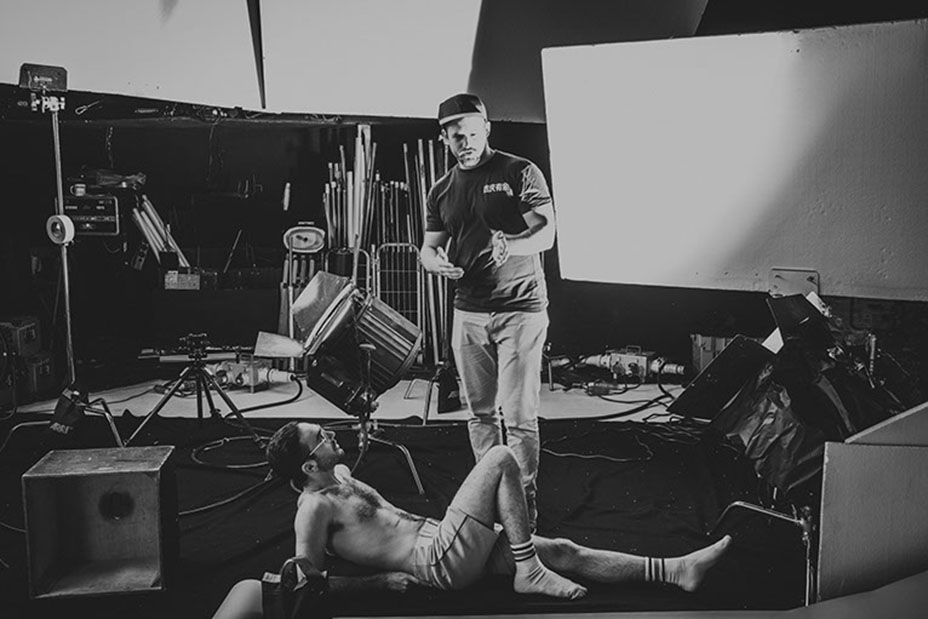 Jokes and all, Maclean and team uploaded it to YouTube under the site’s “age-restricted content” setting. But as for the eventual ban, YouTube dumps anything with “sexually explicit content like pornography.” Reads the explanation: “Videos containing fetish content will be removed or age-restricted depending on the severity of the act in question. In most cases, violent, graphic, or humiliating fetishes are not allowed to be shown on YouTube. A video that contains nudity or other sexual content may be allowed if the primary purpose is educational, documentary, scientific, or artistic, and it isn’t gratuitously graphic.” (Guidelines for what is and isn’t allowed can be found here.)

As “House of Air” started to snag headlines and encounter blowback, that’s when Maclean wrote his piece for The Guardian. Posted on Monday, the article name-checked Trump and late singer George Michael. “Tell me what’s really more upsetting, my film clip or the fact Donald Trump is the president of the United States? George Michael didn’t soften his videos to make people feel comfortable, and in his wake I am given so much hope from groundbreaking queer artists — rapper HTML Flowers, songwriter Kira Puru, journalist and photographer Jonno Révanche — and their common value: fearless truth-telling,” Maclean wrote, adding that he did encounter challenges during the production when a global imaging company refused to print the footage and, later, when some crewmembers asked for their names to be removed from the credits.

There has been good news, too. Maclean said he was stoked to find that YouTube megastar PewDiePie posted a response video, which helped garner even more attention to the clip. Also, he received communication from a 70-year-old legend from Australia’s queer community. “Somehow he found my phone number and sent me a text saying he hadn’t laughed so much since the ‘60s; that we’d absolutely captured the freedom, the exploration and the necessity to be brutally honest — to the point of shock — that he adored about that era,” Maclean said. “That means so much more to me than any of the death threats or horrid commentary. That’s why we do this kind of thing, right? Because it means something … even if for a few.”

As for whether it was mission accomplished on challenging stereotypes and avoiding boredom, the answer is a resounding yes. Answered Maclean: “Oh, you can call my clip a lot of things, but boring isn’t one of them.” 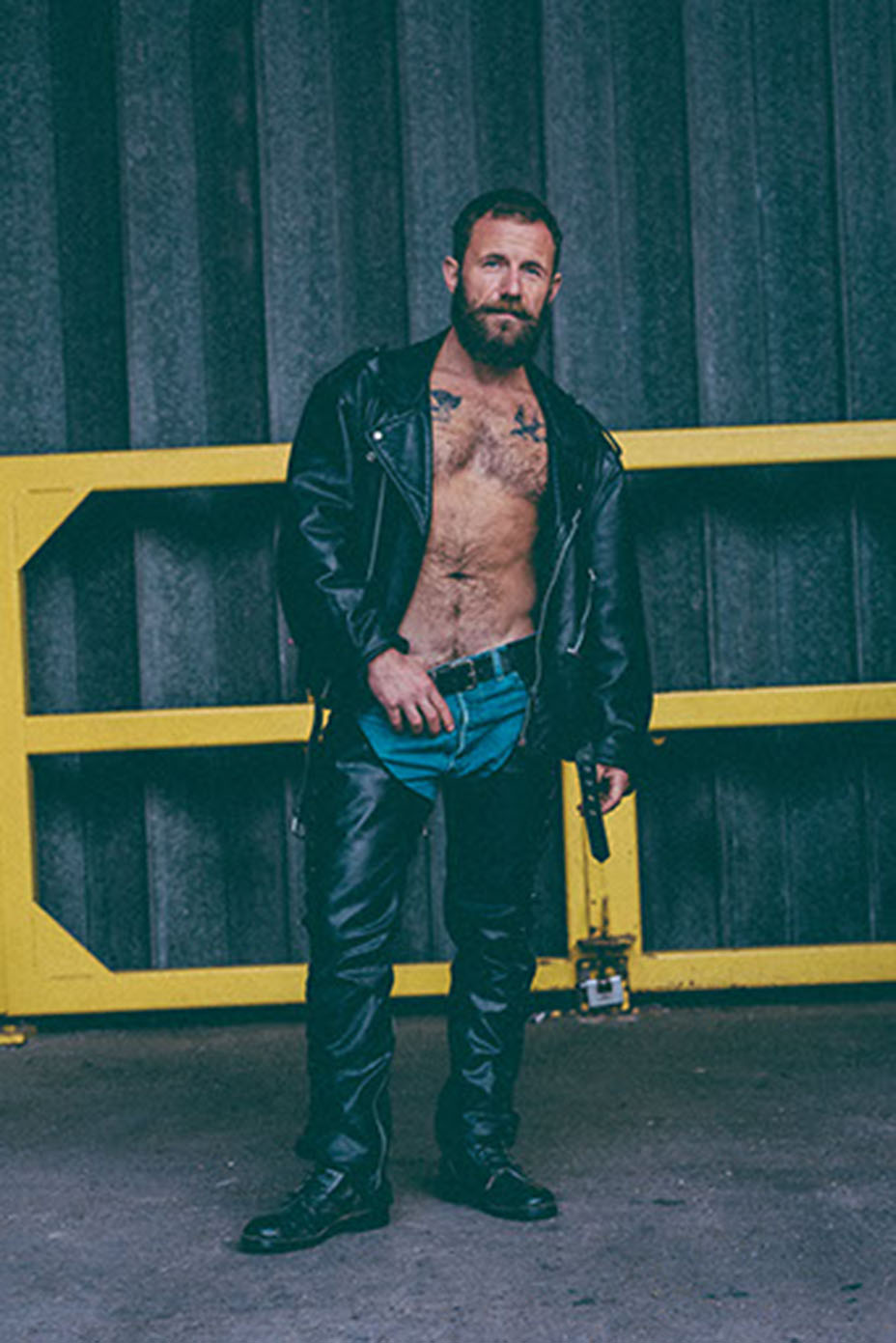 Jay Chandrasekhar Launches “Revenge App” to Give Power of Reviews, Recommendations Back to People