That was the dominant message of his high-gloss Yves Saint Laurent collection, held outdoors Tuesday night at the brand’s still-under-construction Left Bank headquarters, where guests sat on marble covered bleacher seats and were given black YSL blankets to try to stay warm in the winter rain (what we won’t do for fashion).

It was Vaccarello’s second season designing for the storied house, which had before him been closely aligned with Los Angeles under Hedi Slimane’s leadership. 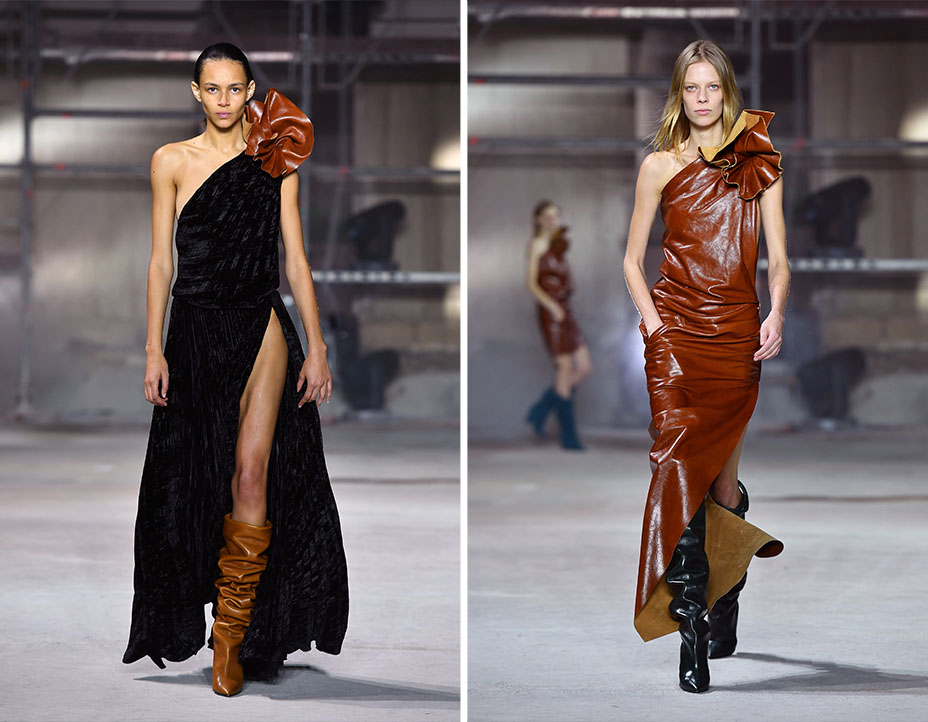 Many of the shapes Vaccarello showed were familiar from last season, including micro-mini dresses with asymmetrical hems, single puffed sleeves and fan-like of frilly shoulder details. A longer-length draped cognac leather dress and a single shoulder black gown with a cognac leather frill on one shoulder felt newer, as did those boots — over-the-knee styles pulled up over jeans, or bunched below the knee and worn with black leggings, leather shorts or short skirts. There were a few rose accents, too, including sculpted, red-leather rosette choker necklaces and rosette-embellished ankle straps of stiletto sandals. 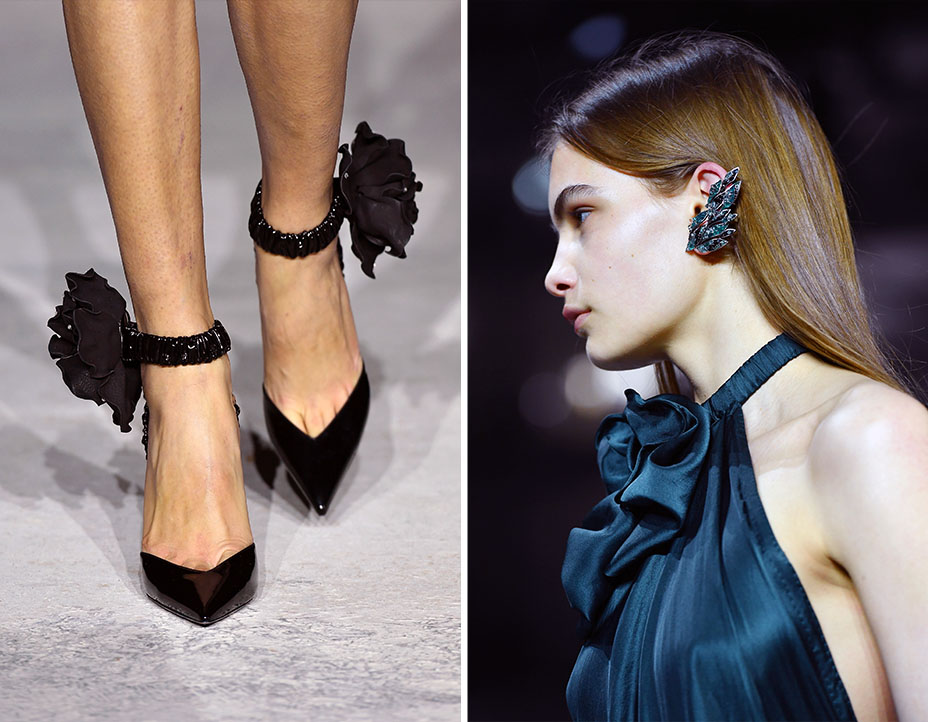 Bomber jackets were another key shape, and cropped shearling versions with sculptural shoulder details seemed ready-made for magazine shoots, if not for real life.

The collection had women’s and men’s items, as well as a finale of couture looks aimed at the red carpet, including the aforementioned boots covered in crystals, worn with a disco ball of a dress. 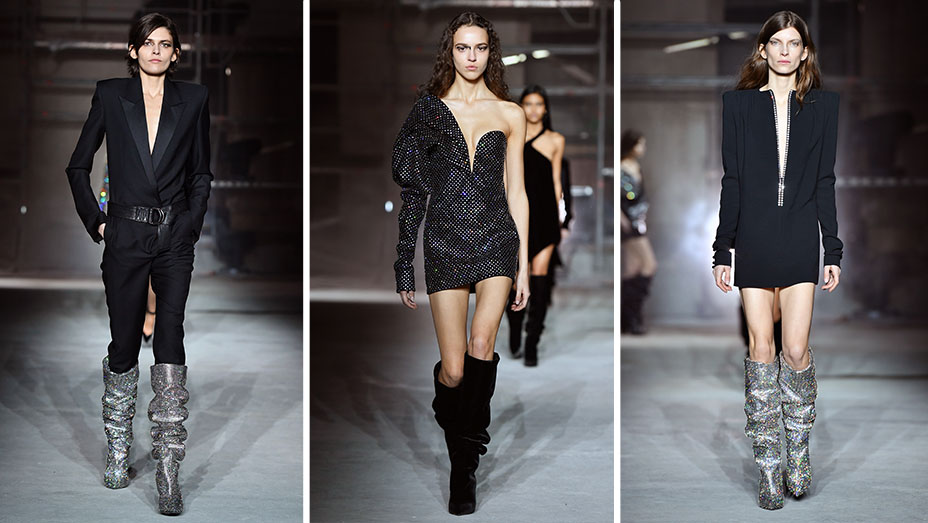 Saint Laurent, the brand’s namesake designer, was one of the first to ‘free the nipple’ on the runway in the 1960s and ‘70s, and Vaccarello did it again this season showing a scoop-front black velvet peplum top over a mini. Ever an equal opportunist, he sent one of his male models out shirtless, too. 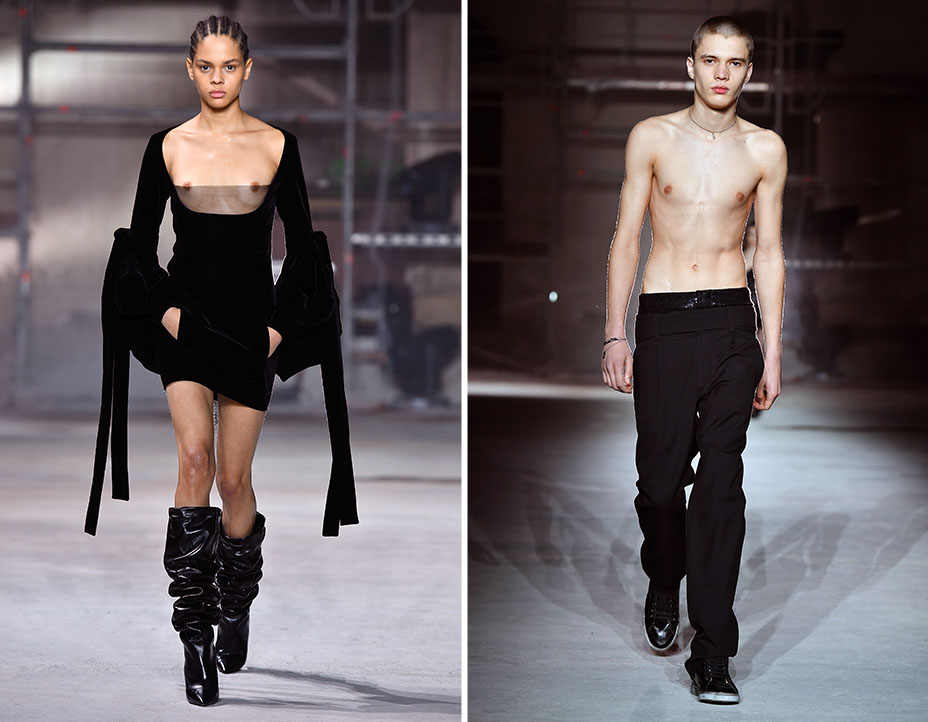 Verdict on the sophomore outing? A lot of new clothes, not so much new design, but enough to stoke the brand’s cool.