×
Skip to main content
September 21, 2019 9:00am
Logo text
Twenty six years after the original debuted on Nintendo’s Game Boy, The Legend of Zelda: Link’s Awakening has sailed back to Koholint Island on the Switch.
A complete remake of the classic handheld adventure, Link’s Awakening gives everything from the visuals to the gameplay a massive overhaul, swapping the spritely pixel art of the original with tilt-shifted, dollhouse-style visuals and an emphasis on smoother sword-and-shield combat.

Met with a positive critical consensus (the game currently boasts a score of 88 on review aggregator Metacritic), Link’s Awakening is the latest entry in a video game series that boasts more than two dozen titles. Producer Eiji Aonuma, who oversees the Legend of Zelda franchise’s projects, responded to The Hollywood Reporter‘s questions about the reimagined adventure, from its adorable art style to its new features, as well as what makes a remake appealing in the first place.

What was the inspiration behind the game’s unique art style?

The art style came about as a result of making 3D re-creations of the original characters, buildings and their exaggerated proportions as faithfully as possible. That said, we were aiming for the feel of a “diorama,” so we may have been thinking about some actual miniature dioramas.

How did you land on the tilt-shifted, dollhouse look of the game?

We felt like a “miniature diorama” style fits the concept of the small but deep setting of the original game, as well as the comical characters and brisk action. We decided to apply the tilt-shift aspect to further emphasize that.

The new game keeps the same top-down adventure gameplay as the original. Why did you decide to keep that approach as opposed to more “open world” recent Zelda games?

Open world games are designed to suit an open world, and we felt forcing a game that wasn’t designed that way into the open world model wouldn’t make it fun or interesting. Top-down adventure games also have their own unique appeal, so that’s what we focused on this time.

What can fans expect to find in the Chamber Dungeons? Will the dungeons players create be shareable and playable with other players?

With the Chamber Dungeons feature, the dungeons you can arrange are the dungeons you clear in the main story of the game, so it doesn’t allow you to make completely new dungeons. You become familiar with each chamber, however, and mixing and matching chambers from different dungeons will make you encounter some unexpected outcomes and find new enjoyment in playing them. Also, the Chamber Dungeons you arrange can be stored on the Zelda-series Amiibo and exchanged with friends. There is no multiplayer support, but you can compete to see who can clear them the fastest. I hope you’ll work with your friends to polish your dungeon-arranging skills. 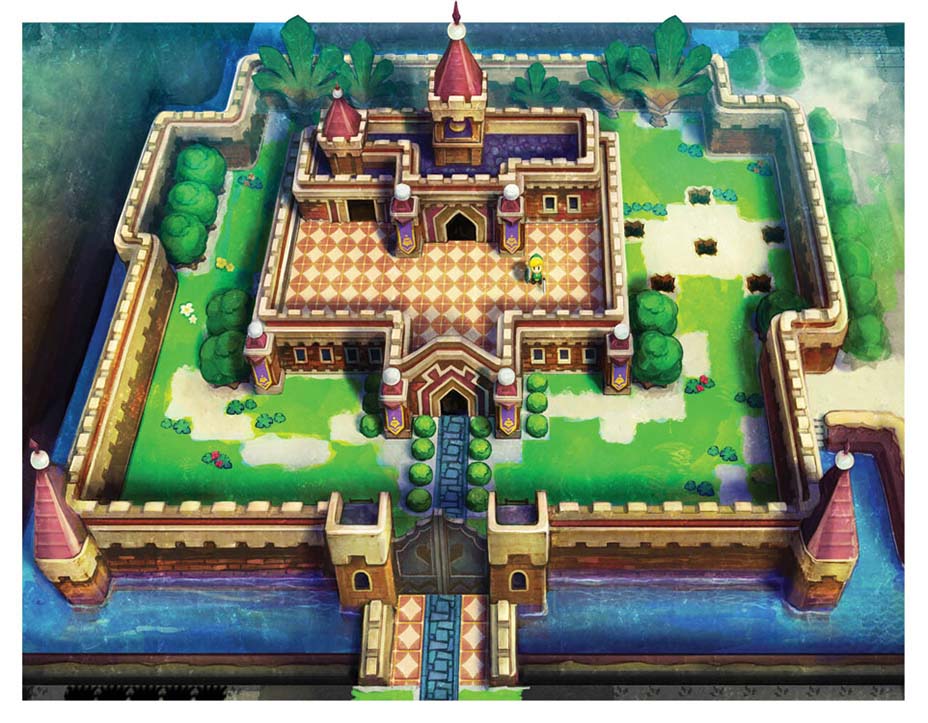 Dampé from The Legend of Zelda series shows up to give you Chamber Dungeon challenges, but there are no other new references to other IP.

Every Zelda game seems to have its own unique “hook” (the ocarina in Ocarina of Time; masks in Majora’s Mask; open world and weapon durability in Breath of the Wild). What is Link’s Awakening’s hook? What makes it unique from other Zelda titles?

The unique aspects of the past games in The Legend of Zelda series are, as you said, reflected in the words used in each of their titles. The Japanese title for this game means something along the lines of “The Dreaming Island” — the North American title, Link’s Awakening, is a little more enigmatic — but this game’s unique hook is the island itself, and it provides the keys to the larger mystery. I’ll spoil it if I say any more, so please play and see it for yourself.

The original game was made for the Game Boy. The Switch is playable both handheld and docked. Was the development of this game approached from a more handheld perspective or more of a big-screen, console experience?

The game was developed with both handheld and docked play in mind, I’d say. You can enjoy the feeling of peering into a miniature world similar to the original while playing in handheld mode, and playing in docked mode on a big screen lets you feel like you’re in a world of elaborately detailed and realistic miniatures. I switched back and forth between playing in both modes countless times during development, and made sure neither is inferior. 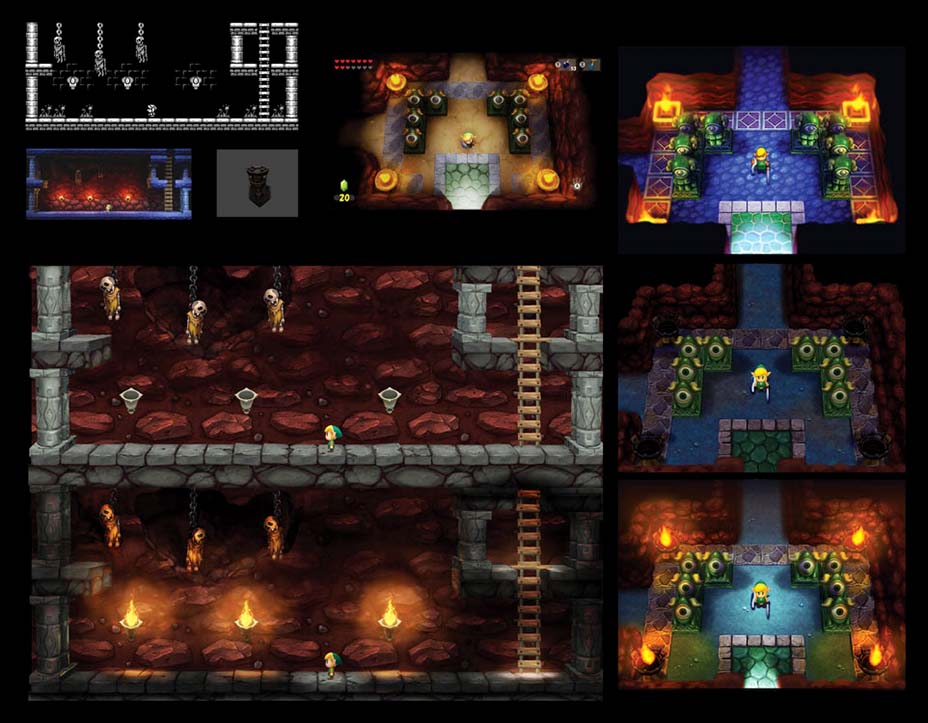 Aside from the Chamber Dungeons, are there any new features in this Switch version of Link’s Awakening you can hint at?

I think modern players are incredibly busy every day, and so the time they have to play games is more limited than it used to be. Frequent interruptions can often mean losing sight of the goals you were working toward in a game, so we created a Memories feature that will let you refer to past conversations with the characters you’ve met as a way to help you to remember what happened in the game. You can also place pins on the map to mark locations you want to remember, which was also possible in The Legend of Zelda: Breath of the Wild. I hope these help you enjoy the game through to the end.