Just in time for Sex and the City’s 20th anniversary, actress Zoey Deutch is bringing back Dior’s iconic saddle bag.

The It bag of the early 2000s, the saddle bag is being revived by the French House for its autumn/winter 2018 collection. The first star to carry the new bag on the red carpet, Deutch sported a red calfskin version with her black silk Dior dress at the premiere of The Year of Spectacular Men (directed by her mother Lea Thompson) on Wednesday.

The piece was originally designed in 1999 by then-creative director John Galliano and debuted in Dior’s spring/summer 2000 ready-to-wear collection. A reference to the equestrian world, the bag fits right in with Dior’s Resort 2019 collection called Diorodeo, presented at a runway show featuring live horses inside the Chantilly stables (and prompting Paris Jackson to abruptly leave mid-show).

Tastemakers Bella Hadid and Elsa Hosk had been carrying vintage versions of the bag, which are available on such sites as Vestiaire Collective, and the brand’s decision to revive the style fits right in with a return to early aughts trends on the runways, including logomania and denim-on-denim.

Dior’s new saddle bags, which will be in stores in the next month or so, come in several fabrications, ranging from monochrome leather to 1970s-era patchwork to beaded embroidery, featuring the iconic golden D charm. A long strap allows the style to be worn cross-body. 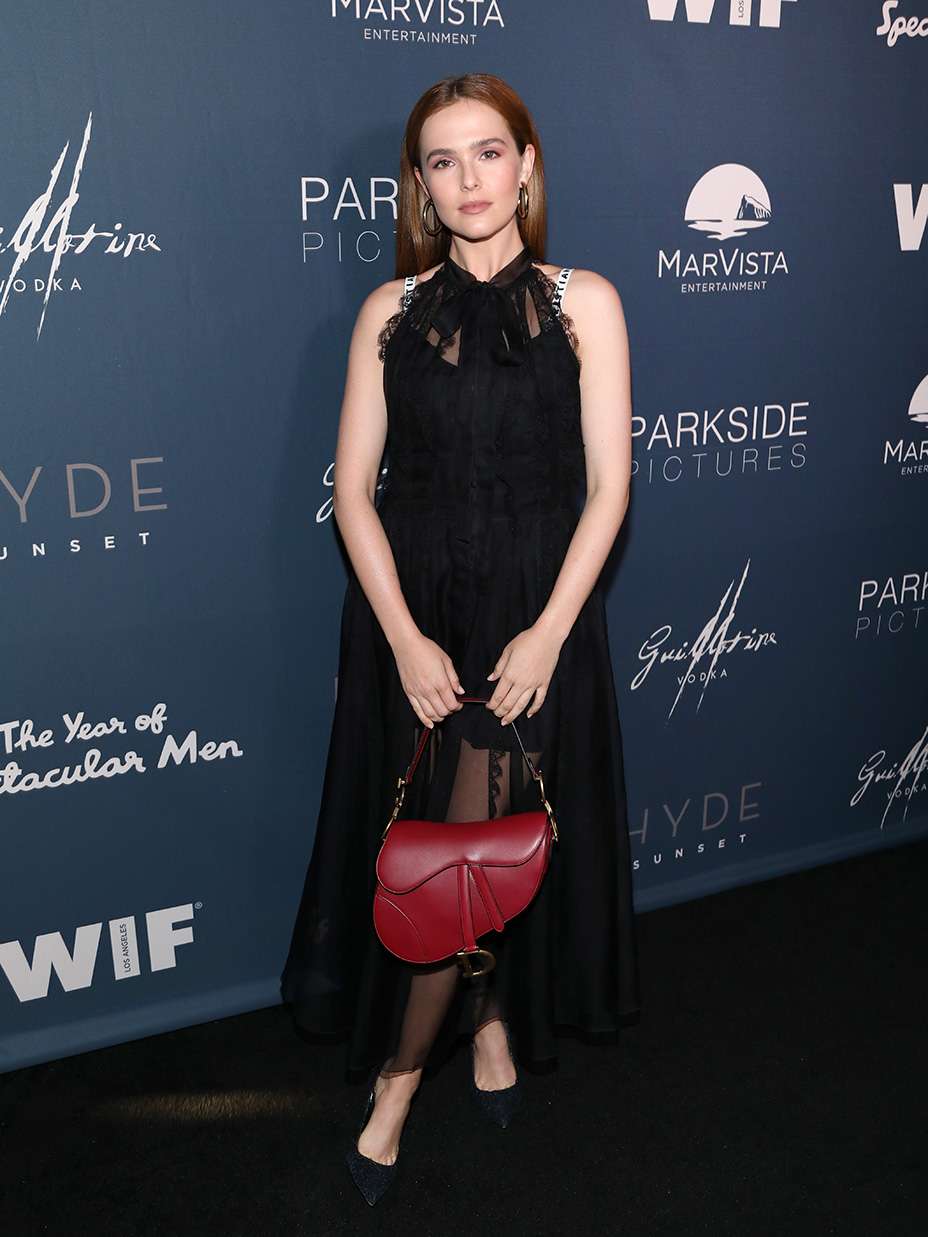 Deutch (Before I Fall, Flower) previously talked with The Hollywood Reporter about filming The Year of the Spectacular Man: “It’s a beautiful comedy written by my sister, who stars in it and scored it — that’s badass. My mother directed it, and I acted and co-produced. Everybody always wants some kind of dirty detail — I would too, a mother and two sisters made a movie! — but the truth is, we got along really well and respected each other throughout the entire process. In terms of filmmaking, it’s grassroots and as personal as you can get. It’s empowering to be part of something from the very beginning; as an actor, you’re so much at the mercy of other people’s decisions.”