Christina Aguilera will pay tribute to Whitney Houston and the music from the film The Bodyguard, which hit theaters 25 years ago, at the upcoming American Music Awards.

Dick Clark Productions and ABC said Monday that Aguilera will honor the late singer and her film with a tribute featuring songs from The Bodyguard: Original Soundtrack Album. Viola Davis will introduce Aguilera at the show.

The Bodyguard hit theaters Nov. 25, 1992, opening to $35.7 million at the domestic box office on its way to a domestic gross of $262.6 million (those numbers have been adjusted for inflation). The film, which marked Houston’s big-screen acting debut, also starred Kevin Costner. Houston played a famous (fictional) singer, while Costner was her bodyguard.

The movie’s soundtrack, released eight days earlier and co-executive produced by Houston and Clive Davis, was the first album verified by SoundScan to sell more than 1 million copies in a single week. It has sold more than 45 million copies worldwide (and is certified 17 times Platinum in the U.S. by the RIAA) and is the top-selling soundtrack album of all time.

It features a slew of hits, including Houston’s versions of Dolly Parton’s “I Will Always Love You” and Chaka Khan’s “I’m Every Woman” along with the original songs “I Have Nothing,” and “Run to You.” The latter two were nominated for best original song at the 1993 Oscars. The album also won three Grammys: album of the year and record of the year and best female pop vocal performance for “I Will Always Love You.”

Over her career, Houston won 22 AMAs, including eight in a single year, making her the most awarded female vocalist of all time.She died Feb. 11, 2012, on the eve of the Grammys. Her death was ruled an accidental drowning, with heart disease and cocaine use listed as contributing factors. 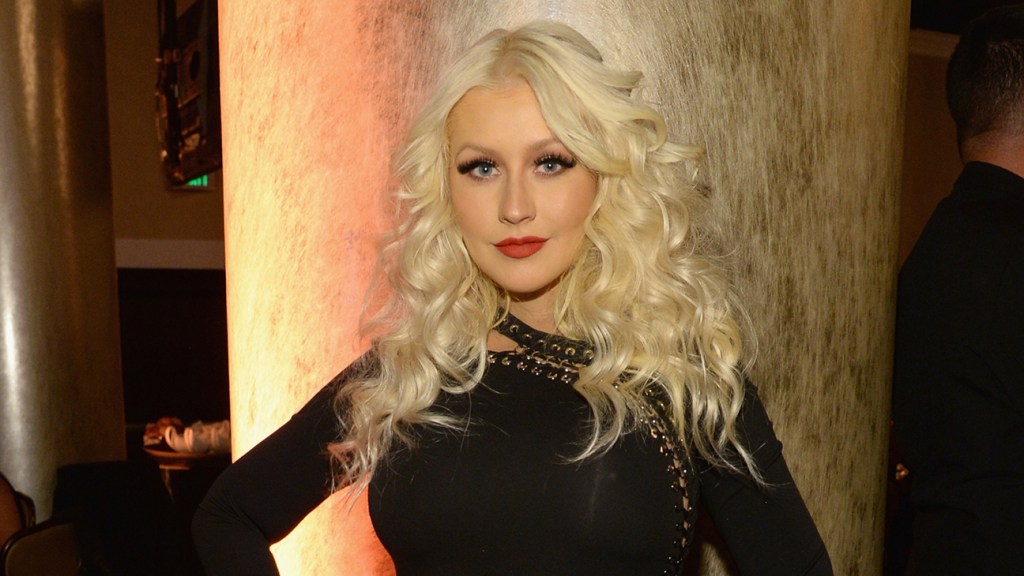 Meanwhile, this will mark Aguilera’s fourth time performing at the AMAs, having previously taken the stage in 2000, 2008 and 2013.

“Whitney herself stated in 2001 that Christina Aguilera sang the best version of her song ‘Run to You,'” said the Estate of Whitney E. Houston, adding: “Whitney said that Christina is without a doubt one of the best voices she enjoyed in this generation of music.”

Said Aguilera: “To be honoring the one and only Whitney Houston is a blessing, and I am grateful to celebrate the spirit of her songs and legend that lives on. I feel eternally fortunate to have personally met her on and off the stage. My deep appreciation for her kindness to me while coming up in the business — her graciousness, generosity, humanity and beauty — lived up to everything I could have hoped for in meeting my idol and will forever be cherished in my memory of her.”

Aguilera recently wrapped shooting the film Zoe, starring Ewan McGregor, and appeared as the voice of Akiko Glitter in summer’s The Emoji Movie.

The AMAs will air live from the Microsoft Theater in Los Angeles on Sunday, Nov. 19, at 8 p.m. ET on ABC.

As previously announced, Diana Ross will take the stage at the AMAs for a rare performance; she also will be honored with the American Music Award for Lifetime Achievement “in recognition of her remarkable career and her outstanding artistic contributions to the entertainment industry and popular culture.”

Nominations for the fan-voted AMAs were announced earlier this month. Bruno Mars leads with eight nominations, including artist of the year and video of the year. The Chainsmokers, Drake, Kendrick Lamar, Ed Sheeran and The Weeknd are tied with five nominations each, while Justin Bieber, Daddy Yankee and Luis Fonsi received four apiece.

The AMAs are executive produced by Allen Shapiro and Mike Mahan, with Larry Klein, Barry Adelman and Mark Bracco serving as producers.