While Beyoncé wowed per usual in a glorious custom look by Schiaparelli with on-trend voluminous golden sleeves at the 2020 Golden Globes on Sunday night, many viewers were frustrated by Bey’s lack of airtime.

The best original song nominee (for “Spirit” from The Lion King) skipped the red carpet and was not a presenter, so she also had no time onstage. (Beyoncé and husband Jay-Z arrived fashionably late and were asked to stand and wait to be seated, as documented by The Hollywood Reporter’s awards columnist Scott Feinberg.) Beyond that, the pro photographers somehow didn’t manage to snap her. And then she and Jay-Z made an early exit. So images of the power couple were few and far between. To make up for it, Bey and Jay conducted their own private photo sesh, posted to Instagram on Monday morning.

Beyoncé’s stylist Zerina Akers chatted with The Hollywood Reporter about the look: “When I first laid eyes on Daniel Roseberry’s debut collection at Schiaparelli, I knew I wanted to work with him,” she said. “I loved his approach to volume and wanted Beyoncé to be one of the first to dawn the new haute couture style of the house. I leaped at the first chance to work with the Schiaparelli team on a custom project and they delivered. Lorraine Schwartz sealed the deal with these custom earrings and rings!” 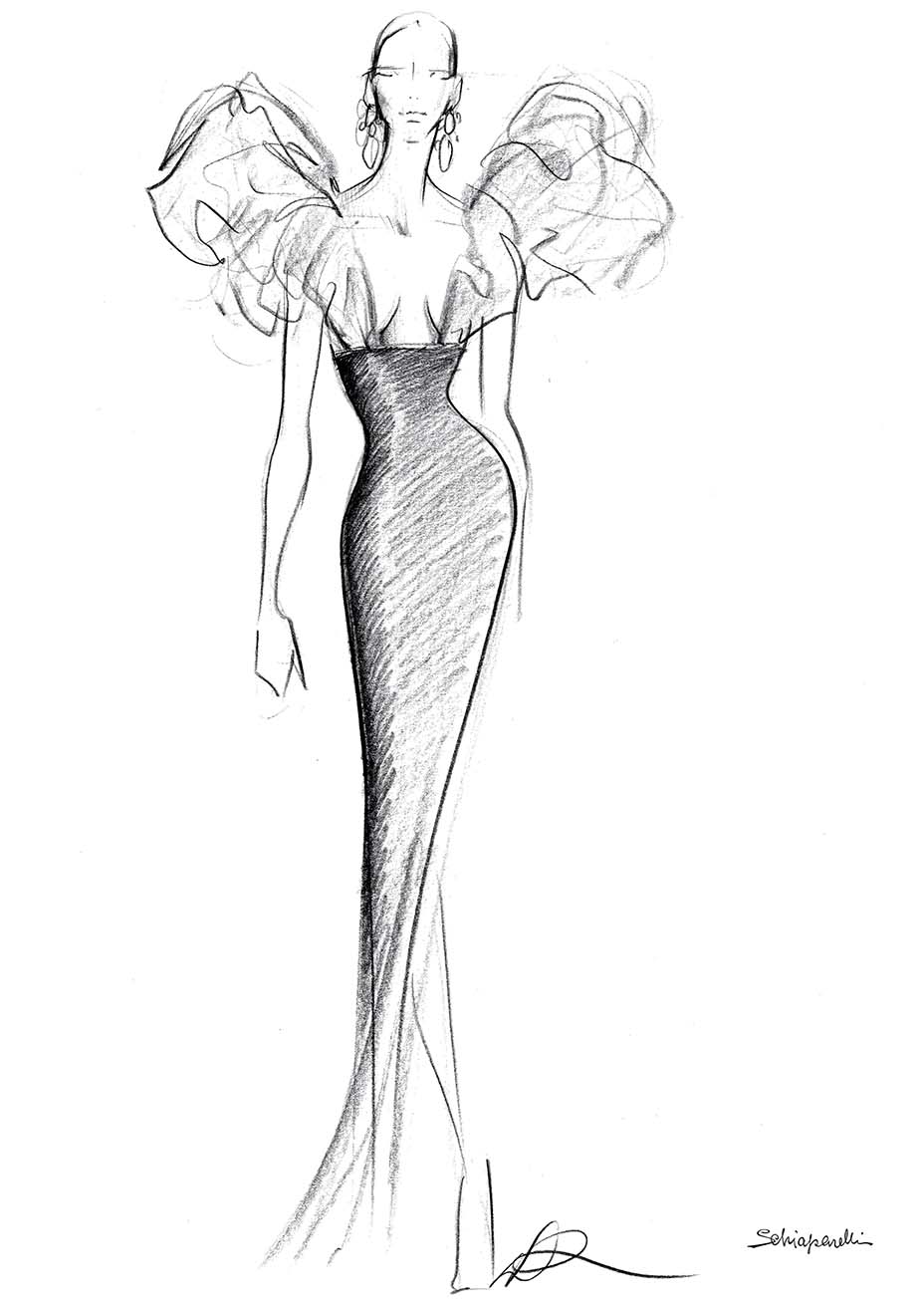 The custom bias-cut black crepe slip dress with a plunging neckline, designed by Roseberry for Schiaparelli, was punctuated with “woven gold mesh sleeves,” according to the fashion house. (Roseberry was appointed artistic director of the house founded by Italian couturier Elsa Schiaperelli last April and presented his first fall 2019 haute couture collection for the label in July.)

Befitting of a superstar, Beyoncé’s mega-watt earrings dazzled with over 250 carats of diamonds (worth over $8 million, according to a spokesperson for the jeweler), while the four Lorraine Schwartz rings weighed in with over 73 carats’ worth of diamonds for a total of more than 323 carats, including an emerald-cut white diamond ring, a pear-shaped champagne diamond ring, a tri-pass ring adorned with fancy vivid yellow diamonds and a nude diamond pinky ring. Once again, Bey rocked the fashion world. 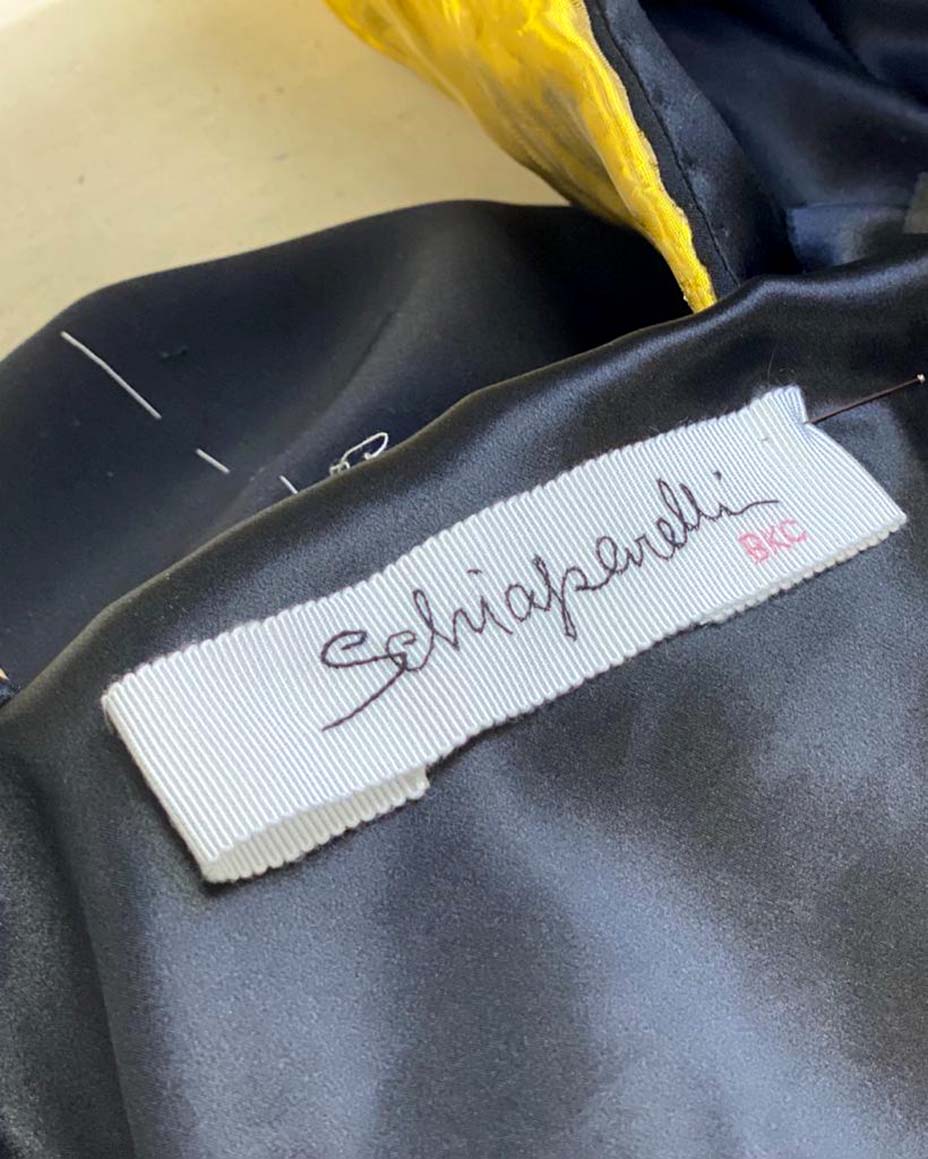