Reese Witherspoon, Cardi B, Yara Shahidi, Zendaya and even Hailey Bieber have already tried it out — but now the rest of the world can get their hands on Beyoncé’s first Ivy Park athletic-wear collection under Adidas.

The superstar founded Ivy Park in 2016 but when she became creative design partner of Adidas in April 2019, she decided to relaunch her label under its umbrella. Beyoncé retains sole ownership.

Officially set to launch Saturday, the collection dropped early Friday at noon (it is Beyoncé after all) and an online waiting room quickly formed with the notice, “we’re expecting to sell out quickly.” The capsule features gender-neutral apparel, accessories and four footwear styles. Available in sizes XS to XL, pieces include jumpsuits, cargo pants, asymmetric dresses, coats, hoodies and biker shorts (the collection ranges from $25 to $250).

“It is a dream come true,” Beyoncé said in a statement. “My team has worked hard with the Adidas team in bringing my vision to life for this first collection and I am grateful and proud…. I wanted to design and re-imagine pieces that serve as favorite armor for anyone who acknowledges the strength in their individual style and lives freely and boldly.” 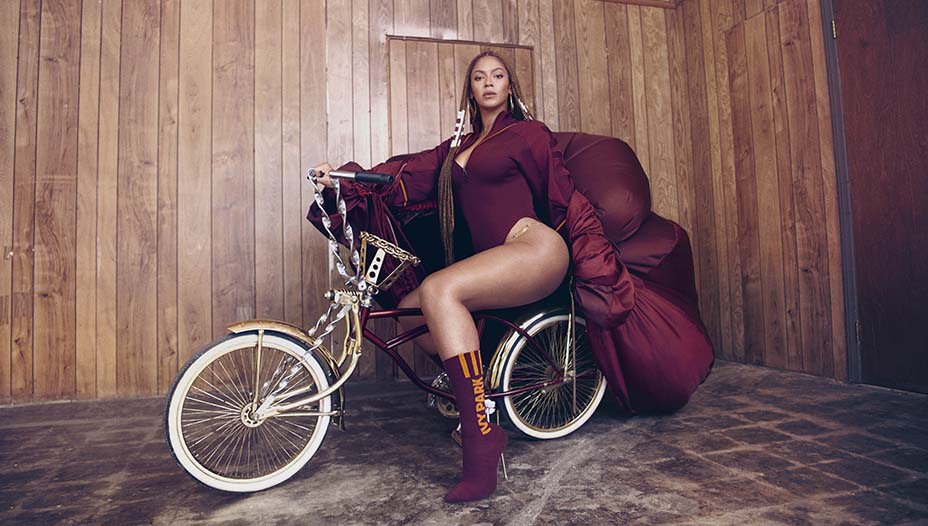 Beyoncé’s first shoe styles are the Super Sleek 72 (orange with a strap for clipping onto a gym bag), Ultraboost (maroon and utilitarian-designed) and Nite Jogger (’80s-inspired in two colors).

Her line, according to Adidas, “celebrates power, freedom and individuality for anyone who has the confidence to take chances and live unapologetically.” The brand explains that Bey’s color palette — from orange to maroon — “makes a statement as bold as the wearer. Styles illustrate a work ethic as relentless and innovative as that of its creator.” 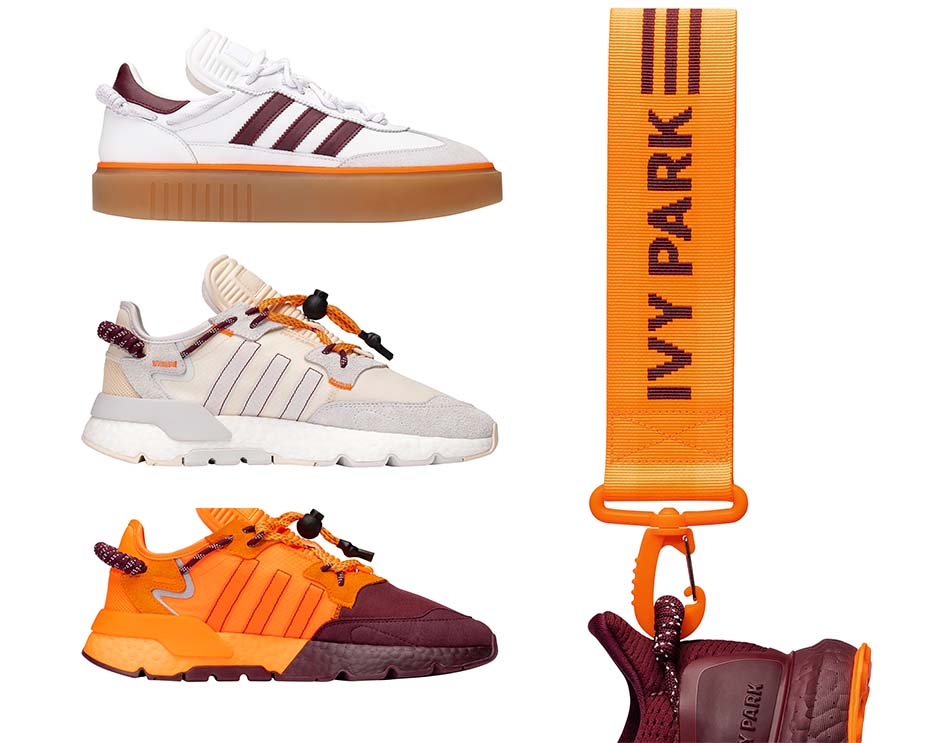 Following the trend sparked by designer Virgil Abloh and Timothée Chalamet, several items, such as sports bras, bags and backpacks, include harness detailing.

Beyoncé, nominated this year for a Golden Globe for The Lion King, told Elle why she wanted to make Ivy Park for all genders: “The way [men] have embraced the brand is an unexpected gift. I appreciate the beauty of gender-neutral clothing and breaking the so-called fashion rules.”

Ahead of the launch, Beyoncé sent her fashion collection to friends to test out, from Laverne Cox to Janelle Monáe. Witherspoon posted an Instagram TV video this week of her modeling the outfits, which arrived in a large clothing rack with an orange canvas cover.

Thank you, @Beyonce for the #IvyPark swag!