Despite this year’s Coachella already being underway, Beyonce Knowles-Carter is reminding her followers of all the hard work she endured to create her headlining gig at the arts and music festival last year.

“It’s my first time back home on the stage after giving birth. I’m creating my own homecoming,” Knowles-Carter says of her new Netflix documentary film, Homecoming, which released Wednesday and spans more than two hours, highlighting the fruition of what became one of her most iconic performances to date. From the strenuous rehearsals to discussing details of her pregnancy, the singer offers fans a glimpse of her vision behind the Coachella performance, and ultimately, to what she stands for as an artist.

Aside from being memorable, she assures viewers that she was — and remains to this day — the only African American woman to headline the festival, as she hoped to celebrate her culture and heritage onstage.

“It was important to me that everyone that had never seen themselves represented felt like they were on that stage with us,” she explains. “As a black woman, I used to feel like the world wanted me to stay in my little box, and black women often feel underestimated. I wanted us to be proud of not only the show but the process, proud of the struggle, thankful for the beauty that comes with a painful history and rejoice in the pain or the imperfections and the wrongs that are so damn right.”

The singer also said that she “wanted everyone to feel thankful for their curves, their sass, their honesty; thankful for their freedom.” “It was no rules and we were able to create a free, safe space where none of us were marginalized.”

As a result, Knowles-Carter paid homage to the homecoming traditions popular among black universities and colleges, even creating her own sorority dubbed Beta Delta Kappa. “My college was Destiny’s Child. My college was traveling around the world, and life was my teacher. I wanted a black orchestra. I wanted the steppers. I needed the vocalists. I wanted different characters. I didn’t want us all doing the same thing,” she said of the show’s theme.

With the singer documenting her two-year journey to Indio, California, here are the top takeaways from Homecoming:

1. Beyonce Opens Up About Her Difficult Pregnancy

It was originally announced that Knowles-Carter would headline Coachella in 2017, however, plans changed after the singer was forced to reschedule after falling pregnant with twins. In the documentary, she explains that the pregnancy was not only unexpected but particularly difficult experience. “My body went through more than I knew it could. I was 218 pounds the day I gave birth. I had an extremely difficult pregnancy,” Knowles-Carter explains. She also reveals that she had developed toxemia and high blood pressure at the time. After one of the babies’ heartbeats paused several times, the singer needed to undergo an emergency C-section procedure.

Despite marking a happy moment for her family — the documentary also shows exclusive footage of Knowles-Carter and her husband, Jay-Z, with their three children — with the singer admitting she felt insecure and that she found, at times, that her mind “wasn’t there” when rehearsing. “There were days that I thought I’d never be the same,” she says. “I’d never be the same physically; my strength and endurance would never be the same. It’s hard when you don’t feel like yourself. I had to rebuild my body from cut muscles. It took me a while to feel confident.” Knowles-Carter went on to share that she had to endure “so many muscle spasms” and would have to pause rehearsing to breastfeed in her trailer. “My mind was not there. My mind wanted to be with my children. What people don’t see is the sacrifice.”

“I definitely pushed myself further than I knew I could and I learned a very valuable lesson. I will never push myself that far again. I feel like I’m just a new woman in a new chapter in my life and I’m not even trying to be who I was. It’s just so beautiful that children do that to you.”

2. The Singer Feels a Responsibility to Teach Others About Her Culture

Throughout the documentary, fans meet members of Knowles-Carter’s creative team, such as Nigerian dancer Edidiong Emma. “This dream is something I could never have dreamed of for myself,” said the dancer. “I couldn’t dream this big at all. I thought I would be too short, too thick… To do this, to have things that black families value up on the stage for the world to see, and understand us a little bit more, it’s all a blessing.”

Being the first African American woman to headline the festival, Knowles-Carter felt it was her duty to represent and teach the audience about their culture. “Instead of pulling out my flower crown, it was more important that I brought our culture to Coachella,” she says. “I studied my history. I studied my past and I put every mistake, all of my triumphs, my 22-year career into my two-hour Homecoming performance.” She also described: “It literally felt like we were in our own university and struggling together. The hours were unbelievable.” 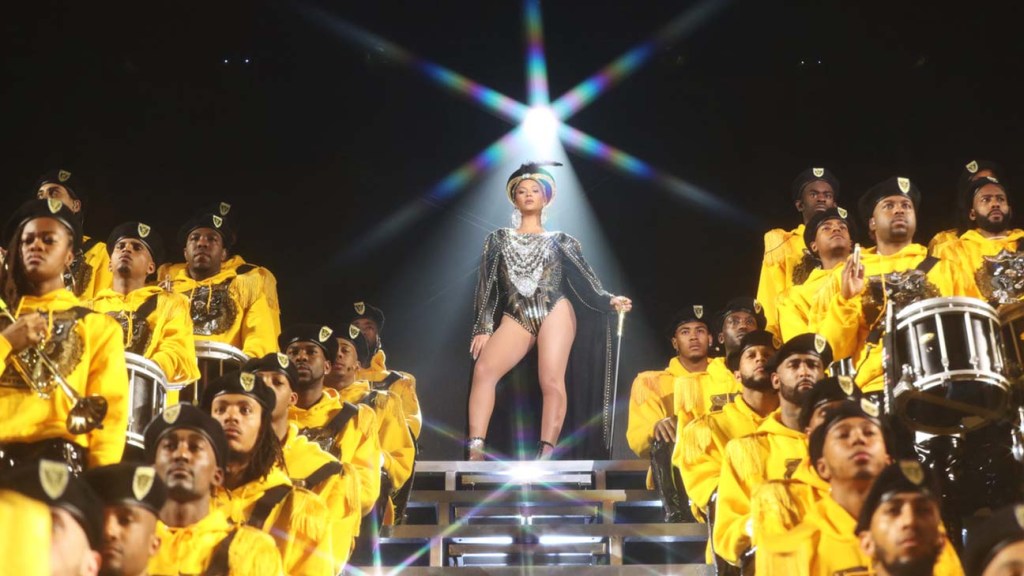 Knowles-Carter is shown having meetings with designer Olivier Rousteing to discuss the costumes and choosing the proper colors and silhouettes that would convey “unity.” Apart from the costumes and choreography, Knowles-Carter shared that the rehearsals occupied three soundstages — one each for the band, dancers and the creative staff. “It takes a huge team,” she said. “It takes a village and I think we all worked to our limit.” She also adds: “I was very adamant that we were well-rehearsed and we knew the show front to back. We did things that were very unconventional for a festival show.”

The documentary also showed the singer working to “rebuild” her body, as she followed a strict workout regime that consisted of rehearsing, SoulCycle and other workouts. The singer also abided by a strict diet where she cut out carbs, sugar, dairy, meat, fish and alcohol. 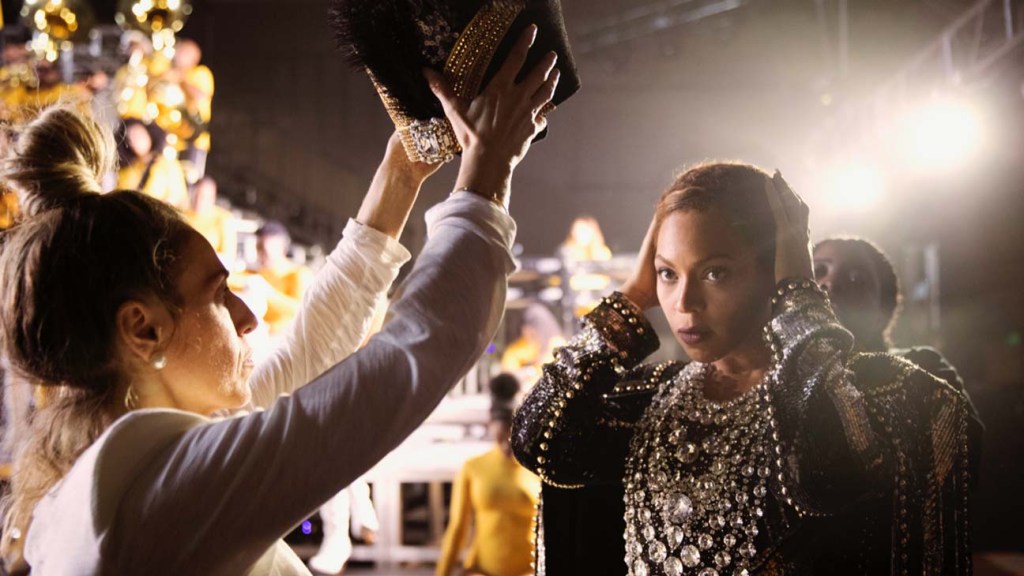 4. Her Performance Aimed to Inspire Dreamers (and Specifically Her Daughter)

Apart from entertaining an audience, the singer hopes the performance would inspire everyone to dream larger than themselves and believe they can accomplish anything. “I wanted every person that has ever been dismissed because of the way they look to feel like they were on that stage,” she explains of the show’s theme.

Referencing the personal accomplishment, she also explains: “I feel we made something that made my daughter proud, my mother proud, my father proud, and all of the people that are my brothers and sisters around the world, and that’s why I live,” says the singer. “I’m so lucky and grateful that I’m able to take all these crazy ideas and actually make it into something that heals people and may spark vision in people, that shows them to dream big, they are limitless… it’s possible.”

“It just was a dream come true and something I worked my entire life for. I’m so grateful that I was able to come home.”

To commemorate the release of the Netflix documentary film, the singer also surprised fans with Homecoming: The Live Album, featuring 40 live cuts of hits including “Crazy in Love,” “Formation” and “Hold Up.”