Continue to The Hollywood Reporter SKIP AD
You will be redirected back to your article in seconds
Skip to main content
December 21, 2018 7:00am

In every interview he ever gave, singer-songwriter Ross Bagdasarian took sole credit not only for his 1958 holiday hit “The Chipmunk Song (Christmas Don’t Be Late),” but also for all the musical performances by the rodent trio — Alvin, Simon and Theodore — that came before his death in 1972. But as the high-pitched phenom exploded, spawning dozens of albums, a TV series and multiple films, the songwriter called in ringers — who’ve been silent until now about this quirky chapter in their careers.

Bagdasarian, a frustrated actor (Alfred Hitchcock put him at the piano in Rear Window) and sometime songwriter (he co-wrote the catchy 1951 tune “Come on-a My House,” made popular by Rosemary Clooney) who was then in his 40s, experimented with a reel-to-reel tape recorder to re-create the sound technique that MGM had used to produce The Wizard of Oz‘s Munchkin voices 20 years earlier. In short, the process involves recording a voice at half-speed and playing it back at normal speed, which raises the pitch (the trick: a laboriously slow delivery of the lyrics).

'Alvin and the Chipmunks 4' Finds a Director (Exclusive)

The result achieved a wacky sound he managed to sell to the then-struggling Liberty Records, which gambled on the gimmicky song he called “The Witch Doctor.” Whatever spell it cast was a potent one: Listeners loved the simple duet to the tune of 5 million records sold in a matter of weeks. Appearances by Bagdasarian on TV’s American Bandstand and The Ed Sullivan Show followed. “The Witch Doctor” also resuscitated Liberty Records, and they wanted more.

“I decided to try for a Christmas song,” Bagdasarian explained to Teen magazine in 1960. “I thought of a melody on my way to work and I went to the studio and whistled it into a tape machine so that it wouldn’t be forgotten. Since I can’t read or write music, I whistle into tape machines.

“Then I wrote the words and decided the singers should be animals or maybe even insects. I don’t know why, but that’s what I decided.”

He nixed the concept of singing mice or rabbits and even butterflies to finally settle on chipmunks, which he named after Liberty Records executives Alvin Bennett, Simon Waronker and Theodore “Ted” Keep. 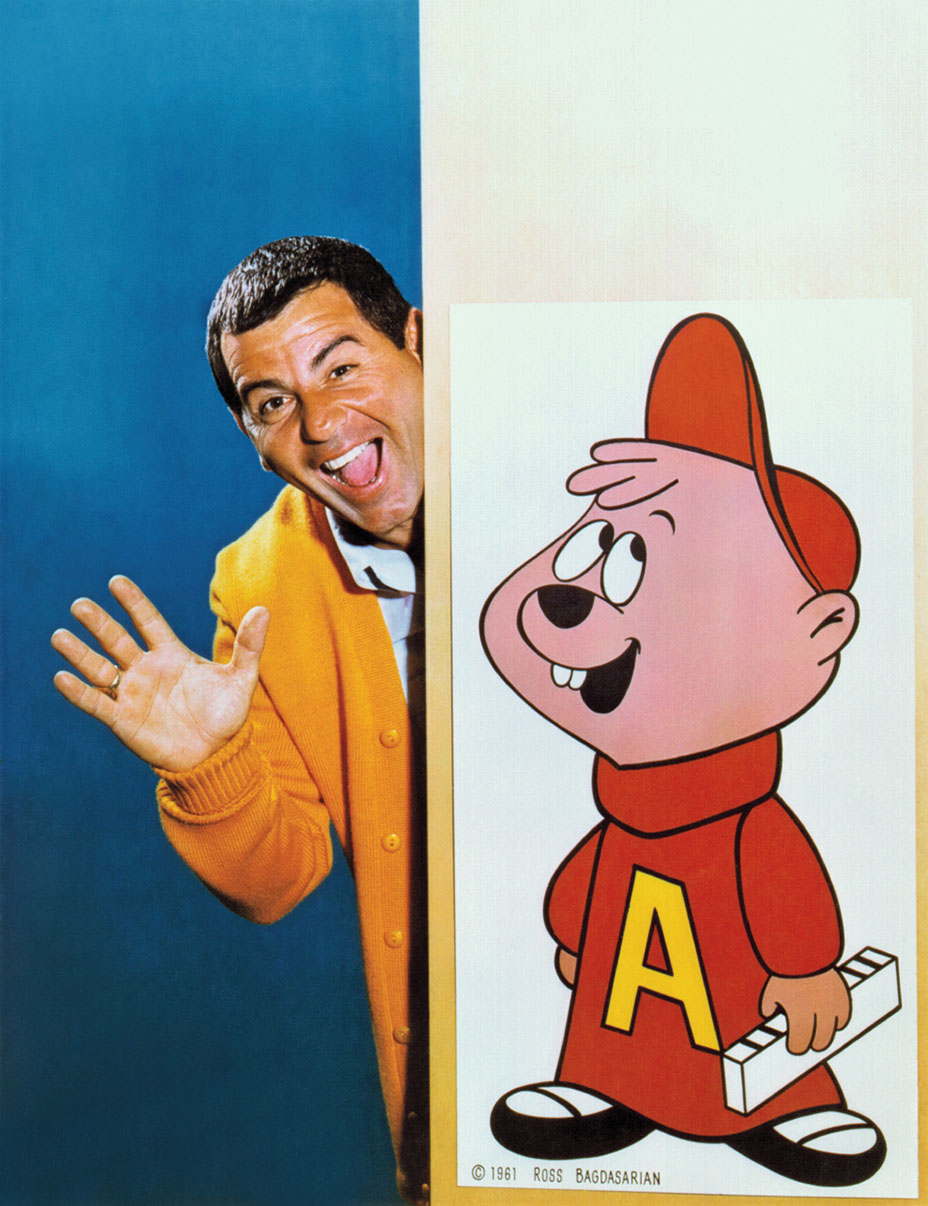 Miles of multitracked tape later (all voices and harmonies recorded solo by Bagdasarian), “The Chipmunk Song” became a sensation that hit No. 1 on the Billboard Hot 100, earned three Grammys at the inaugural 1959 awards and sold 25 million records by the mid-1960s. When albums (like 1964’s The Chipmunks Sing the Beatles Hits, sanctioned by the Fab Four) and TV’s animated The Alvin Show followed, it became too much for Bagdasarian: He engaged session singers, though he never copped to the hired help.

Speaking about the work for the first time, Ron Hicklin, 80 — a member of guy-group The Eligibles that took over the harmonizing on five albums — remembers the strain of those L.A. recording sessions, including one nerve-racking day in August 1965. “One of my strongest memories was when we were recording at RCA on Ivar and Sunset in Hollywood,” Hicklin says, “and we were inside doing the Chipmunks when the Watts riots were breaking out at the time. We’d heard there were snipers on top of the Knickerbocker Hotel shooting at people. When we finished the session, I was with Ross and he was walking nervously with his back to the wall on the outside of the building, looking everywhere to get to our cars, and Ross had a .45 handgun with a shoulder holster that he was licensed to carry. I remember laughing later how here we were inside recording Chipmunks and then going outside with Ross, who’s packing a pistol.”

Hicklin likes to describe his unique professional niche as “a ghost singer.” He and additional experienced singers who worked on the Chipmunks albums (including Stan Farber, Al Capps, Bob Zwirn, Buzz Cason and Gene Morford in different configurations) hopped from gig to gig supplying background vocals for albums, TV show themes, films and commercials at a break-neck pace. Their voices brought themes for classic TV shows from Happy Days and The Monkees to The Jetsons and Batman (whose memorable two-word theme was penned by Neal Hefti). 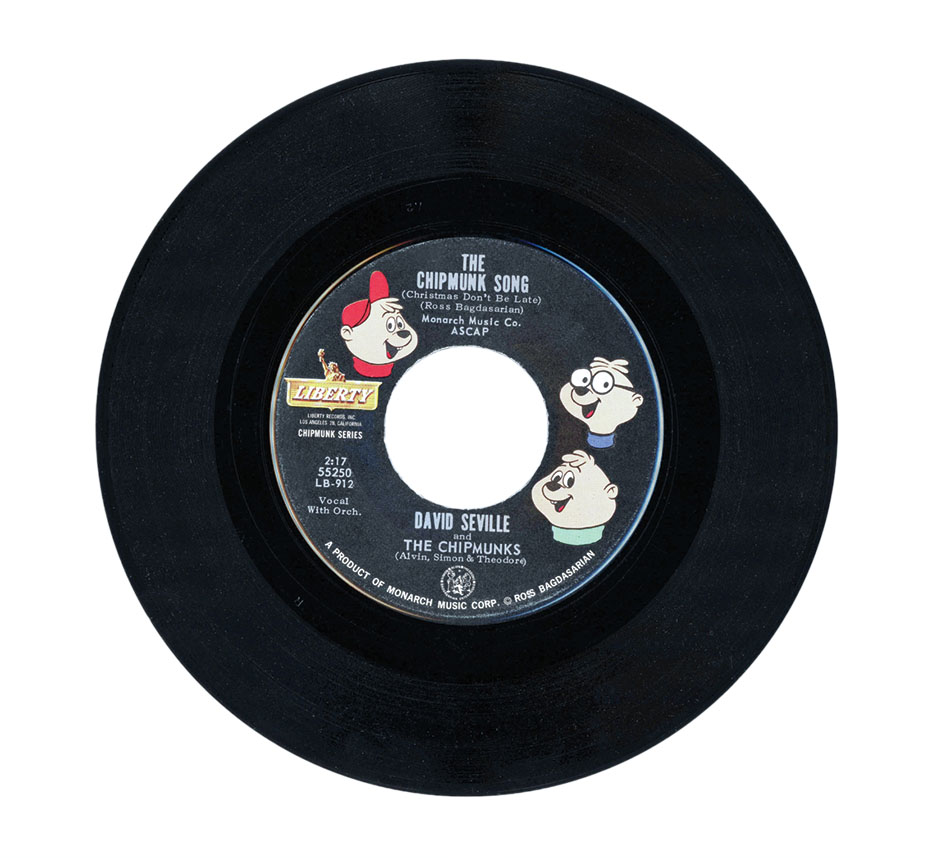 “With Ross and The Chipmunks, it would be maddening work,” says Hicklin. “It was a long, involved process. We’d sing in slow motion for everything. It was one of the hardest things we had to do. What was a four-bar phrase for The Beatles became an eight-bar phrase. You’d run out of breath. The sheer work of doing it was remarkable.” Farber, 81, remembers fighting to restrict the vibrato that’s intrinsic in a trained singer but wouldn’t sound right the sped-up final track. “Vibrato would ruin the sound of it and if you did it, the words would come out like machine gun fire. You had to sing a very straight tone,” Farber explains, adding “Ross was there and would supervise, but he had done his stuff alone. We didn’t sing with him.”

The session singers were not assigned any particular character, he says, “because when it was completed, all the voices sounded about the same. It didn’t matter. Basically, we came in and did our job because Ross got tired and he got old — and rich.”

These Eligibles harbor no regrets. “I didn’t seek any celebrity,” says Hicklin, now retired in Palm Springs. “I just wanted to do the best job I could in all of my work. I have fantastic memories from that period. I mean, one day I was working at Capitol Records and Frank Sinatra walked into the studio and approached me. He came up to me with some sheet music and said, ‘Kid, how does this go?’ Sinatra didn’t read music. I had to sing it for him. He thanked me and left. How do you top that? I walked among kings.”