The hottest accessory at this year’s Coachella Valley Music and Arts Festival isn’t likely to be a flower crown or fanny pack. Ganjapreneurs are flooding the valley with “CannaChella” strains of weed, fashion-forward cannabis carryalls, pre-packaged delectable sweets and even cannabis crowns.

Just a few miles down the road from the festival in Bermuda Dunes, Calif., a full-fledged “Weed Oasis” is being staged to take advantage of the convergence of 100,000 affluent, trend-focused festivalgoers from April 14-23 and introduce them to new cannabis brands and alternative means of cannabis consumption.

“Brands are looking for trendsetters who can influence their social groups,” says Olivia Mannix, co-founder of the three-year-old Denver-based branding agency Cannabrand, adding that it’s no longer taboo to share images of cannabis on social media.

From a marijuana marketing standpoint, the 18-year-old music fest spanning two weekends is the perfect mix of millennial money and the “I’ll try anything once” attitude. By targeting Coachella, both established and emerging cannabis brands have the opportunity to capture the attention of ever-elusive millennials, who make up nearly half of music festivalgoers across the country (45 percent, according to Nielsen Music).

The event has long been a fashion marketing juggernaut for both high and low brands including Jeremy Scott, Levi’s, H&M and Victoria’s Secret. They plug collections (some brands have even created styles named for Coachella, with unintended repercussions) and host off-site parties, which are often hitched to celebrity ambassadors and guests who recirculate their branded experience to millions of social media followers. 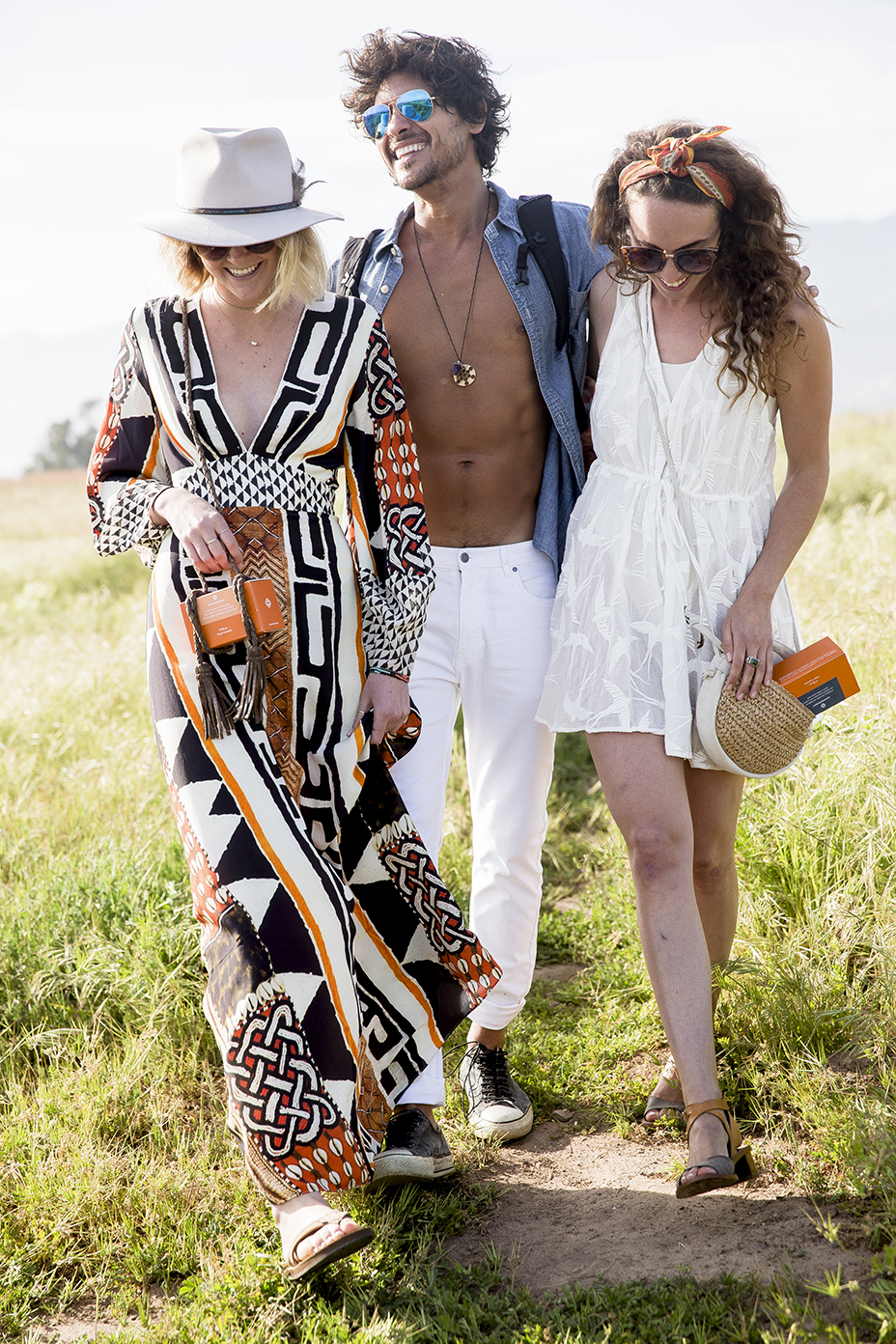 Fashion brands are again making their mark on the festival this season, but they have company from luxury cannabis upstarts such as Chef for Higher, West Coast Cure, Lord Jones and Desert Hot Springs-based cultivator Canndescent, which has partnered with fashion stylist Michael Haber to create custom Coachella carryalls for toting its cannabis strains — in the orange packaging inspired by high-fashion brands including Chanel, Tory Burch and Hermes.

“Coachella is a great mash-up of music and aspirational lifestyle, but high-end,” says Canndescent CEO Adrian Sedlin. “We spend an incredible amount of time, energy and resources making our product beautiful, … Coachella’s ethos about fashion and music and having a good time is everything we stand for.”

As more states vote to legalize weed for recreational purposes, the cannabis business is in the midst of a “green rush,” with new brands launching every day, offering everything from weed tourism to natural chill-out dog treats. Cannabis is on track to be a $50 billion industry by 2026.

Last November, Californians passed Prop 64, which decriminalized marijuana for consumers — meaning that weed is legal to consume, to grow (up to six plants) and to carry on your person (up to one ounce). However, not until 2018, when the state begins to issue recreational licenses to vendors, will it be legal to buy marijuana.

You won’t see any tokers lighting up in the crowd at Radiohead (well, at least legally lighting up, as Coachella has explicitly stated that weed is not allowed on the privately owned festival grounds under any circumstances, even for those with medical cards). But both weekends of the festival will have plenty of off-site activities promoting cannabis and its accessories.

During Weekend One, the invitation-only Weedmaps‘ Oasis will feature five geodesic domes on a privately owned compound, each with a different cannabis experience (from vapes and edibles to blunts) and experts — dubbed “budtenders” — on hand to answer questions and teach guests how to roll the perfect joint. Additionally, there will be a functioning greenhouse which will serve to show how the product is harvested for those whose only knowledge or understanding of the cultivation process is based on old episodes of Weeds.

Mike Heller, CEO of Talent Resources, which, along with Weedmaps (“the Yelp of weed”), is hosting the Oasis, says the intention of the event is to provide information to curious consumers. “We want to be the thought leader,” he says. “The educator.”

Around 250 to 300 of-age influencers from across industries (think: athletes, fashion bloggers, celebrities, etc.) will be welcome into the Oasis, where product from a robust roster of brands (Brass Knuckles, FlavRx) will be handed out for free. The music festival environment, adds Heller, is the perfect “culturally relevant and highly charged moment” for making marijuana trendy among millennials.

But “this is not a frat party,” Heller says firmly. “The industry itself is going away from Cheech and Chong,” he noted of the health/wellness culture now fueling cannabis use. “We’re going to have juice bars, yoga areas and massages.”

Tamara Anderson, whose company Culinary & Cannabis is hosting the first-of-its-kind CannaSpa on Weekend Two at a private residence in Palm Springs, has zeroed in on the wellness factor, too. “We’re providing education in a comfortable atmosphere and addressing things that aren’t as widely talked about,” she said, adding that at her previous Culinary & Cannabis events throughout California, a majority of attendees have recently been diagnosed with a medical condition.

At the CannaSpa, only chef-approved, cannabis-infused beverages and foods will be given to guests, though visitors are allowed to bring their own joints to the art and yoga classes. The spa will also put on “Dinner Is Dope” and “CannaCocktails” events, where guests can sample the latest infusions from Chef for Higher in salads and steaks, as well as Angel Haus ice cream. Tickets for each event or the full weekend can be purchased online for $35-$280.

Lord Jones, an upscale edibles and topicals company founded in Los Angeles in 2013, is among several cannabis brands that will be gifting product to celebrities and influencers around the festival, where headliners include Lady Gaga and Kendrick Lamar and VIP tickets cost $899.

“Four years ago, when we started working on Lord Jones, if you wanted an edible, you would walk into a dispensary and there was a cookie in a plastic bag stapled with no label. You were playing Russian roulette,” says co-founder Rob Rosenheck. By prioritizing the highest-quality non-cannabis ingredients (the edibles are made with Ecuadorian dark chocolate by classically trained candy chefs), as well as beautiful packaging and, not to mention, the best cannabis, the brand has found itself on the radar of fans like Jessica Seinfeld, Busy Phillips and Sarah Paulson, who have all shared their love of the brand’s products.

At Coachella, especially, adds Susana Rionda, managing director of the Los Angeles Patients and Care Givers Group dispensary and a 12-year veteran in the industry, “people are not only going to have a great time, but to enjoy and indulge themselves.” Meaning, they’re more likely to light up while soaking up the sun in Indio than on an average day at home.

“Brands marketing at the event will be looking to be perceived as upscale and mainstream and hip,” notes Mannix. “It’s a place to be seen.”