Vandals have spray-painted a statue of David Bowie a mere 48 hours after its unveiling in Aylesbury, England.

In green spray paint, the words “RIP DB” and “Feed the homeless first” covered the ground in front of the statue and the wall behind it. The statue — a tribute to Bowie’s Aylesbury connection, as he performed at Friars Aylesbury before the world was introduced to Ziggy Stardust — was designed by Andrew Sinclair and mainly funded through a 10,000 pound ($14,137) crowdfunding campaign led by legendary music promoter David Stopps. Marillion lead singer Steve Hogarth unveiled the statue March 25.

“It’s with a heavy heart and despair I hear that within 48 hours someone has defaced Andrew Sinclair’s breathtaking David Bowie double statue,” Hogarth commented. “Such a shame. Hopefully it can be cleaned up…[and] hopefully this fabulous work of art will give people a reason to come to Aylesbury for many years to come.”

In an interview with the BBC, Stopps added that security cameras have been trained on the statue, and could aid in finding the culprit: “There is a webcam on it 24/7, so whoever did it, we have got them on webcam.”

An Aylesbury local told the BBC that “tax payers will now be paying for the clean-up so it is the vandal who will ironically be taking money away from the homeless.”

See the full statue as it was designed below. 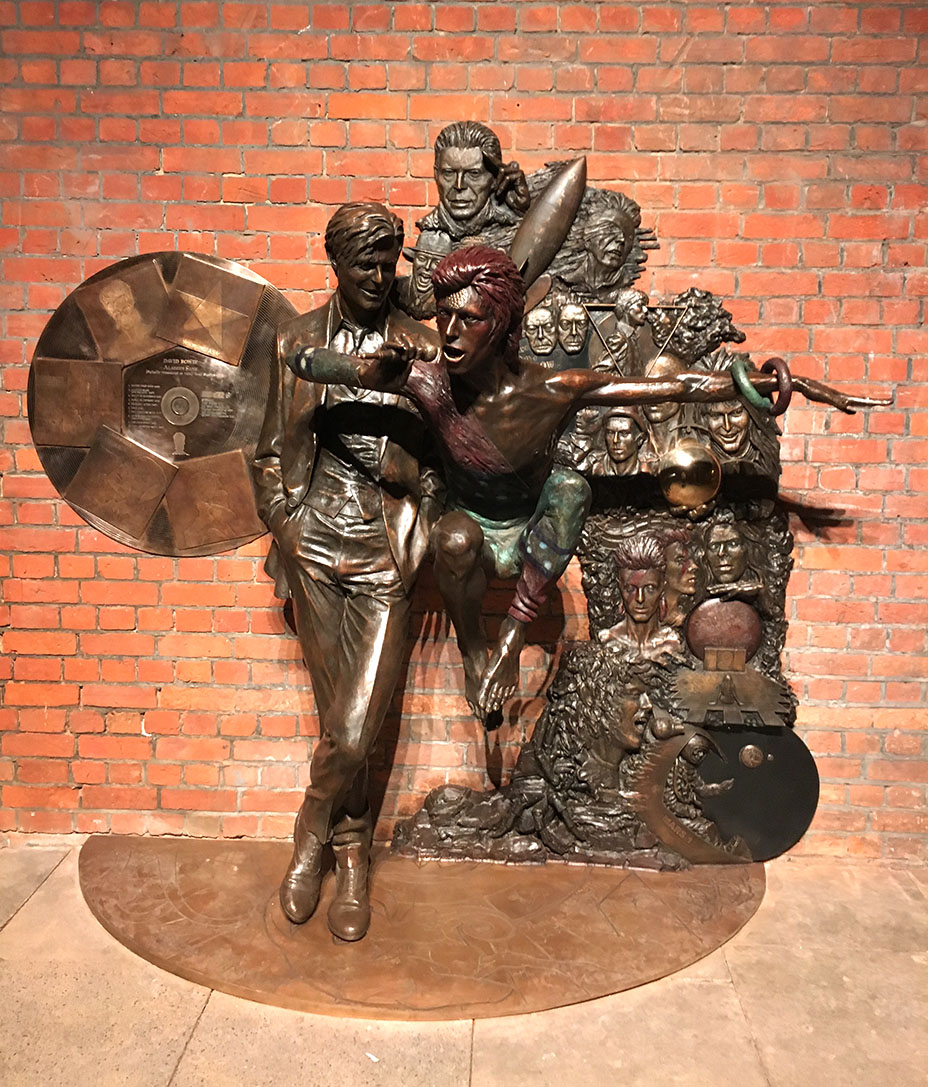 This story originally appeared on Billboard.com.