“I say no to pretty much everything. I just don’t want to leave my house,” the Insecure actress told The Hollywood Reporter at Thursday night’s event, held this year at New York’s Cipriani Wall Street. “But when I got that email about hosting this event, I was just like, ‘Yes! I don’t know what’s happening that day, but yep, it’s going down.’ I’m just honored to be thought of. And, hello, it’s Rihanna.”

After Rae caught wind that Childish Gambino was set to perform, she felt even more confident in her decision to leave the comfort of her home for just one night at Rihanna’s request. “And then they said that Gambino was going to do it,” Rae added. “That’s when I was like, ‘This is the right decision!'”

More than the thought of becoming best friends with RiRi or seeing Gambino perform live, though, Rae was drawn to the Diamond Ball’s mission: to raise funds for the Clara Lionel Foundation. The nonprofit organization — founded by Rihanna in 2012 and named after her grandparents, Clara and Lionel Braithwaite — benefits impoverished communities across the globe, with an emphasis on health, education, arts, culture and emergency response. 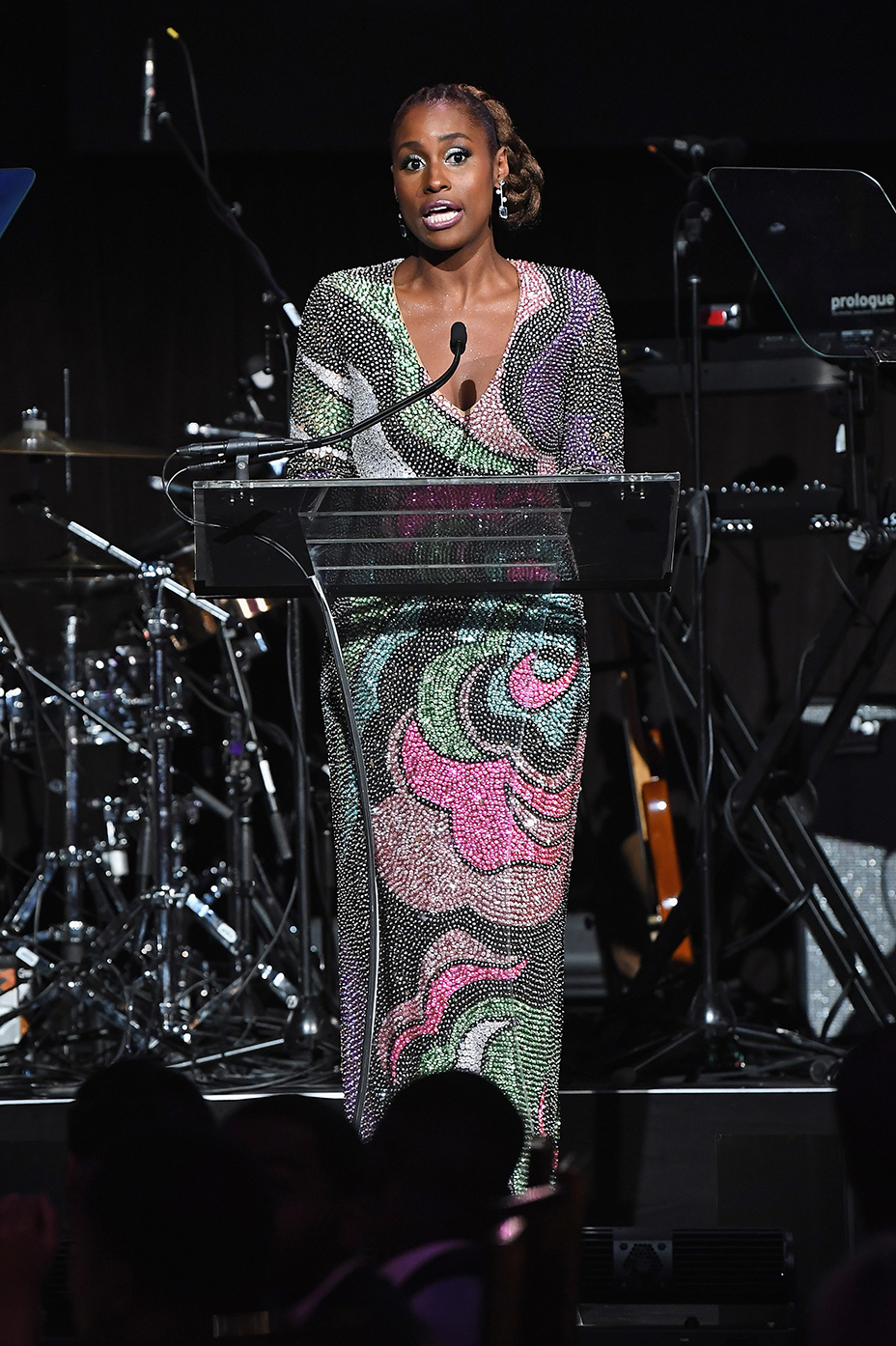 Rae told THR that advocating for those particular causes feels more important than ever in 2018. “It places a priority on places that aren’t thought about and aren’t prioritized,” she said of Rihanna’s efforts to help those in need outside of the U.S. “In this political climate, there’s such a xenophobic response to everything where it’s not our problem.”

The comedian continued: “For Rihanna to use a platform and say, ‘No, it is our problem,’ it’s amazing. She’s been doing incredible things with this event and with CLF. For me, it’s so admirable that she’s found a way to use her fame, her money and all her influential friends for something so great. She has made such an impact.”

Rihanna’s close pals and famous acquaintances — including musicians, actors, models, news personalities and more — came out in droves to support the Barbadian singer. Among the night’s star-studded guest list were Normani, Teyana Taylor and Justine Skye, all of whom spoke to THR about the Grammy winner’s influence both as an artist and philanthropist.

“Rihanna is such a phenomenal woman. It’s amazing that she’s utilizing her platform for the betterment of others and really making a difference and making a change. She’s a pop star. We all see her as this household name within the music industry,” “Love Lies” songstress Normani said. “But she’s done such an amazing job at utilizing every single part of herself and making a difference.” 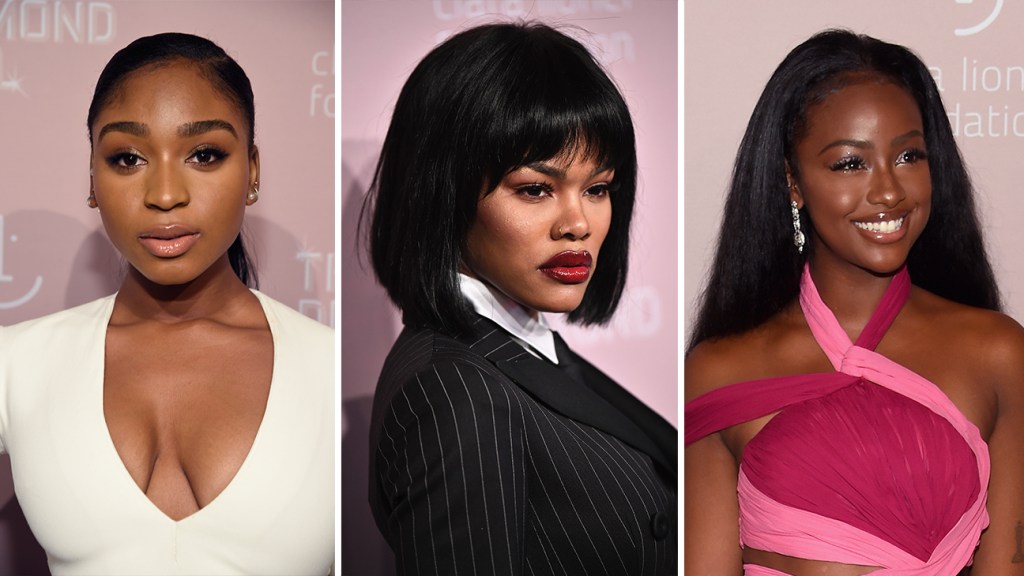 “She’s the overall icon. She puts in so much thought to everything that she does, from her music to her makeup line to her lingerie line,” Taylor said, calling out Rihanna’s remarkably inclusive Savage x Fenty show at New York Fashion Week. “She cares about what she puts her name on. And most importantly, she cares about the world and a lot about this charity. She inspires all of us.”

Skye agreed, telling THR, “Her influence is extremely powerful. There are so many people here tonight who are all donating to the same cause. I get chills thinking about it. Who else could bring out a crowd like this?”

Later in the evening, Gambino set fire to the stage with a performance that no one could sit down for. Everyone from the Hilton sisters to Haddish clamored to the front of the venue to get a closer view of the shirtless singer-rapper during his nearly 10-song setlist, which featured his politically charged hit “This Is America.” 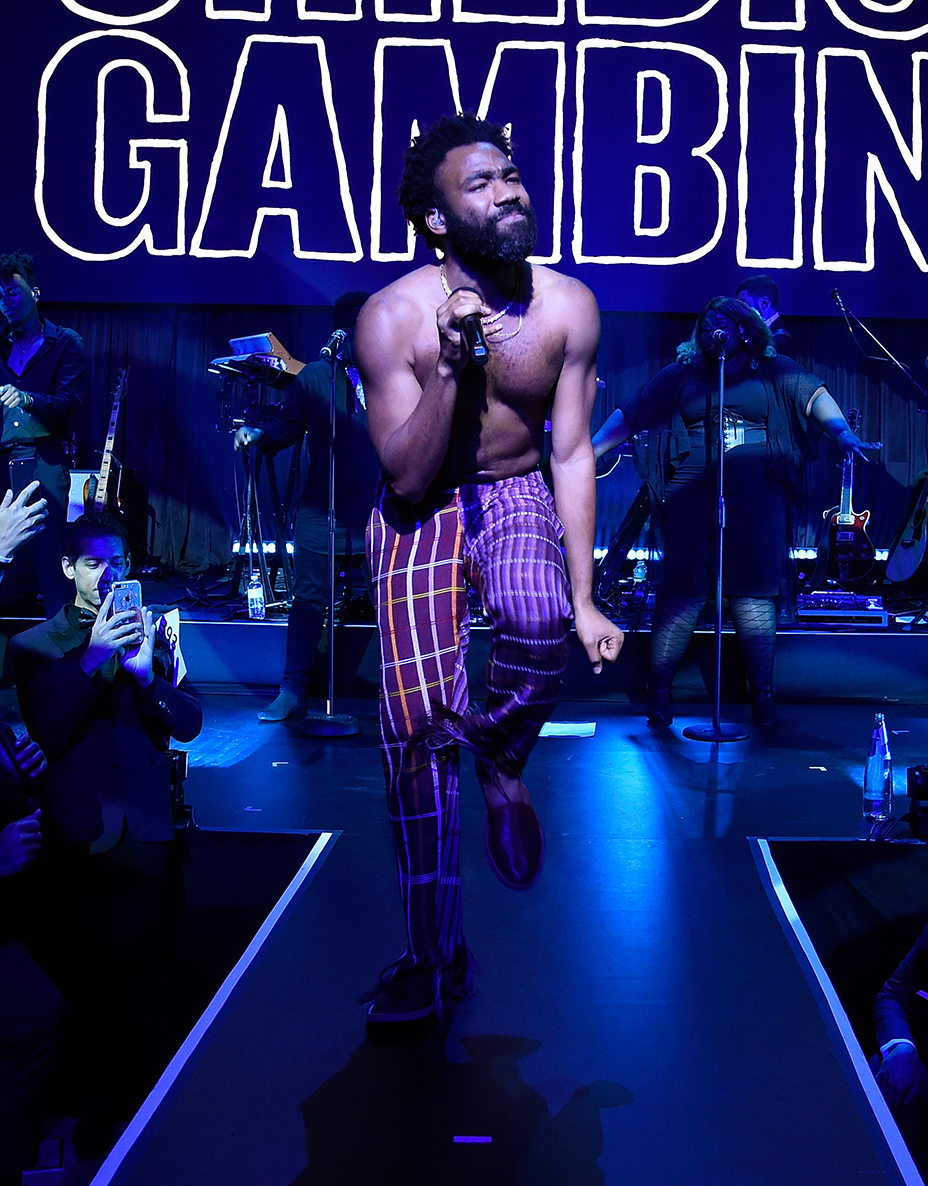 At one point, Haddish noticed that her former roommate, a woman named Lynette, was playing the keyboard in Gambino’s band. After causing a rather entertaining commotion — the Girls Trip star frequently shouted out her signature catchphrase, “She ready!” — Gambino noticed, and handed his mic to Haddish. “Started from the bottom, now we’re here!” she yelled to Lynette, which was met with an eruption of applause and cheers from the crowd.

Rihanna — who filmed a portion of Gambino’s performance, along with Haddish’s playful interruption, with an old-school camcorder — looked on in what appeared to be both amusement and satisfaction. As she danced along to the music, the superstar’s smile seemed to signal that this year’s fete was, in her eyes, yet another success.

But she’s not stopping here. With a goal to raise $25 million for an emergency response fund by next year’s Diamond Ball, Rihanna told THR and other reporters why slowing down isn’t an option for her. “My passion! My drive! It’s just my soul,” she explained. “I can’t sit still. I get bored and so I have to keep doing something… Every year, we can raise more money to really cover the things that we believe in and the causes that we’re supporting.”