Continue to The Hollywood Reporter SKIP AD
You will be redirected back to your article in seconds
Skip to main content
January 29, 2021 1:45pm

Over her four-decade career, Diane Warren has become synonymous with songwriting, penning nine No. 1s and 32 top 10s. She has also made a career out of writing songs for movies, with her music having been featured in more than 100 motion pictures — culminating in 11 Oscar nominations and five Golden Globe nods. This year, she returns to the awards race with multiple contenders for original song: “Io Sì (Seen),” from Netflix’s The Life Ahead; “Free,” from Disney’s The One and Only Ivan; and “I’ll Get There (The Other Side),” from Briarcliff Entertainment’s Emperor. As she seeks her 12th nomination, Warren is also preparing to release her first album this spring with Diane Warren: The Cave Sessions Vol. 1, featuring her songs sung by Celine Dion, John Legend and Mary J. Blige.

Warren is also one of the rare songwriters to own her entire catalog, which she oversees via publishing company Realsongs. While a team handles licensing and royalties, she remains “hands-on with deciding who does my songs,” she says, and signed a new global publishing deal with BMG in 2020. Since 1985, Warren has rented an entire floor in a Hollywood office building, where she writes most of her music solo, in her “cave,” with her cat, Mouse, and 28-year-old bird, Buttwings, keeping her company. Recently, she bought a Hollywood office, adding a studio and a place where she can host meetings and recording sessions with artists. Speaking via Zoom between writing sessions, Warren chatted with THR about writing this year’s awards hopefuls, chasing her first Oscar win, and forever holding on to her song empire.

What is your process writing music for films? Do you watch the film, read the script, talk to filmmakers?

It’s always different. The Life Ahead, with my song “Io Sì (Seen),” I read the script and I was very moved by the story about these two characters that nobody sees for who they are. The story is such a beautiful journey. A lot of times when I’m reading a script or seeing a movie, a word or title comes. I saw “seen” because nobody sees them, yet they see each other: “I see through to who you are, you can’t hide from me, I want you to know that you’re seen.” That felt like it captured the story and felt profound in a way, especially now, the times we’re living in, where we don’t see each other.

How did it work with navigating English and Italian for the song?

Edoardo [Ponti], the director, really loved it, but I guess everybody said, “No, it doesn’t work at all, it doesn’t fit.” And it was because it was in English and the movie’s in Italian. I knew Laura Pausini in the past, and I thought, “This is a really great opportunity for Laura and I to work together.” She’s, like, the most famous Italian female singer, she’s a diva. You have Sophia Loren, that’s a diva. When I cast an artist for one of my songs in a movie, I’m thinking of them like I’m casting a role. Laura loved the song and loved the movie. And then she worked on the Italian lyrics and all of a sudden, it’s like, “Voilà, it fits!” 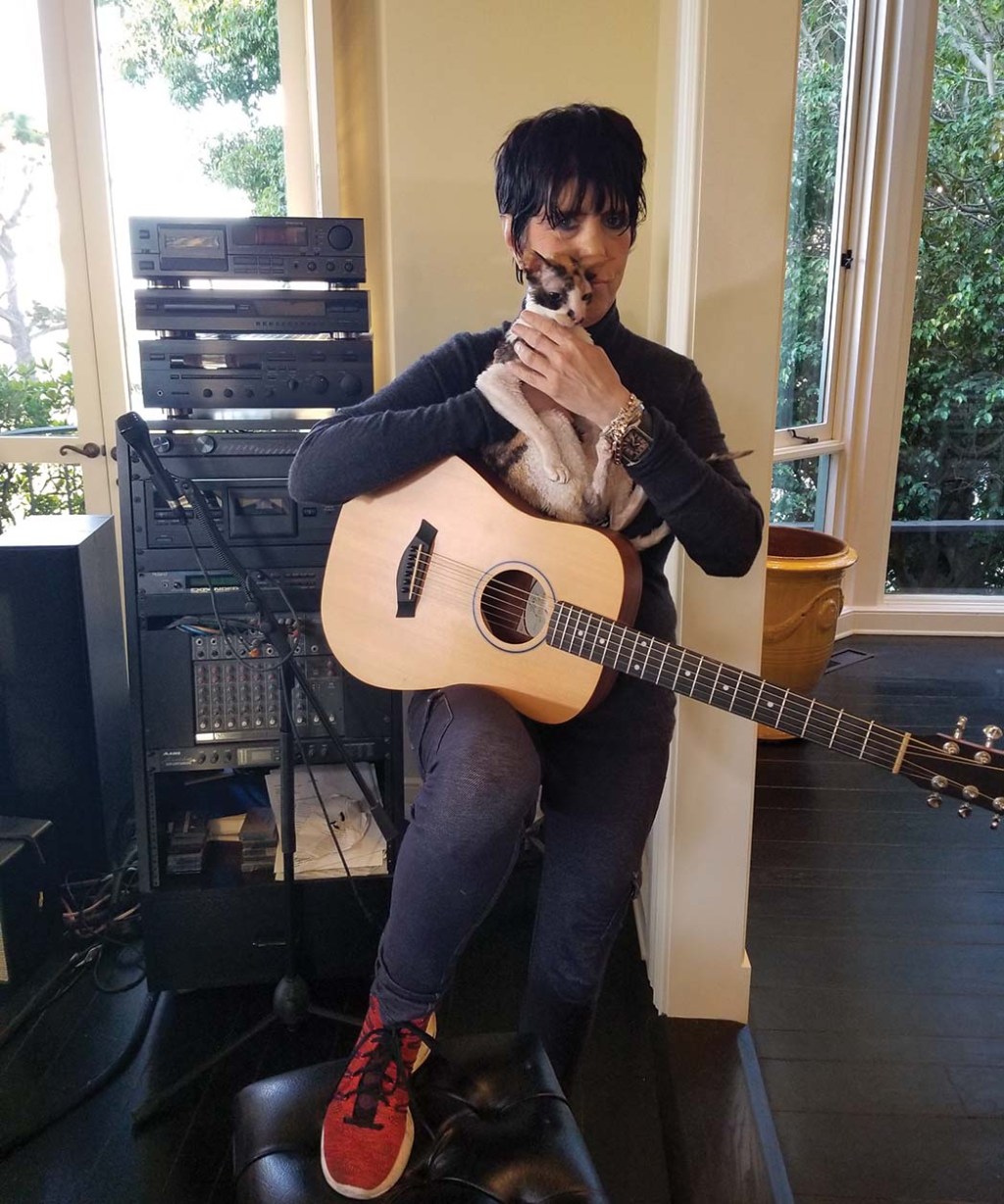 You’re a big animal rights activist. Did that help with the inspiration for “Free,” in The One and Only Ivan, about animals trying to escape from a circus?

Mitchell Leib at Disney, who is a really good friend, gave me the script and said, “This is a great movie for you.” I was sobbing by the end of it. My favorite movie and movie song of all time is Born Free, and so I thought, “I want to write my ‘Born Free.’ ” I just started playing the chords, and the chorus kind of wrote itself. I was really emotional when I was writing it, and I called Charlie Puth; I thought he’d be perfect for the song, and he literally recorded it that night. We’re living in a time where none of us feel very free, with the pandemic, and so it’s almost like it’s our theme song, as well as the animals’ theme song.

You have your first solo album coming in the spring. Why was that something you wanted to do?

It’s me being DJ Diane. I’ve seen people like Mark Ronson, Calvin Harris [do it], so I thought, “Why can’t I do one of those?” I have this great John Legend song [I wrote] on the album, and that basically gave me the idea to do it. I kept giving it to other artists, who would never do it, and it’s one of the best songs I’ve ever written and best performances on any song I’ve ever written. I was like, “This song has got to get heard,” so it was like, “OK, it’s going to get heard on my record, then.” I have Ty Dolla Sign and Celine Dion on the same album, so that’s fun.

How has the pandemic impacted your process?

It hasn’t really been a change because I sit around by myself anyway — I’ve been practicing social distancing my whole life. I’ve been super creative through it, super productive. No one’s been in my office since last March, so I’m by myself. I can just do whatever I want and no one’s here to annoy me — except myself, I just annoy myself. Workwise and productivity-wise, it’s been fantastic. And artists aren’t really on the road, so I can reach people easier, too.

With multiple songs in contention, here you are again in the awards season race. How does it feel to be going for your 12th Oscar nomination?

I’m like the house guest you can’t get rid of. I’m back! I’ve been nominated 11 times, and it’s amazing. I’m happy to be nominated, I really am. Would it be fun to win? Yes. I really want to win an Oscar. But being in the game, and the longevity — my first nomination was 1988, so that’s a long time to 2020 or 2021. If I had to choose, if I would have won an Oscar 20-something years ago or now, I would choose [being] nominated and losing 11 times. I don’t know how many song categories the Grammys have, but there’s a lot. In the Oscars, you have one category of songs, you have five songs [from] the hundreds of movies that come out every year. The people that are in the music branch [are] the greatest composers and songwriters of all time. If they choose a song of mine, I’m beyond honored. That’s the win.

All of that considered, are you feeling optimistic that this could be the winning year? 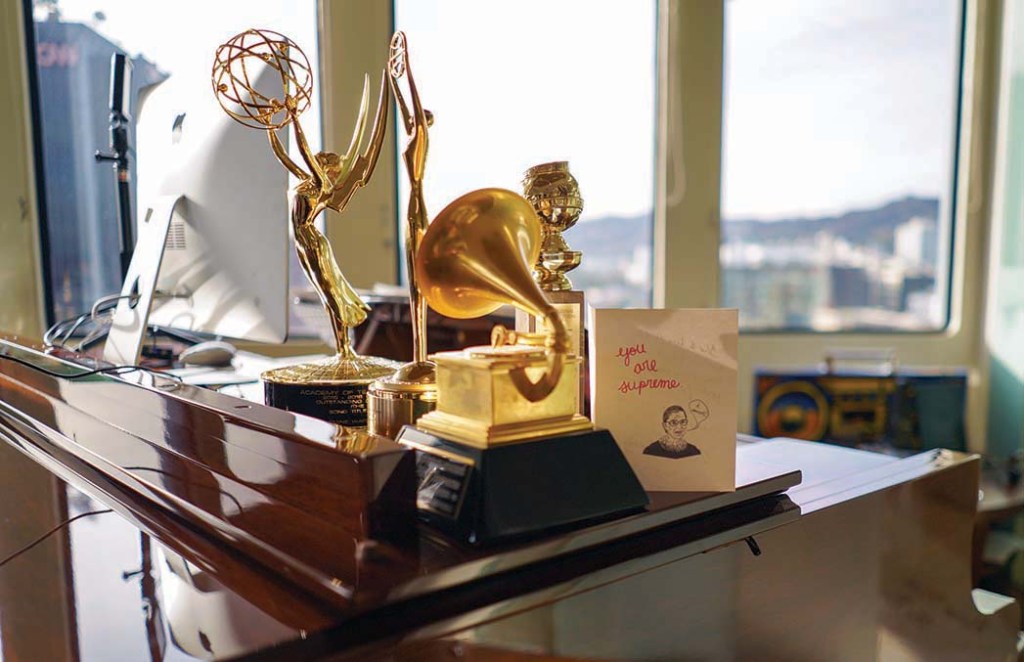 You have an Emmy and a Grammy, and hopefully an Oscar on the way. Do you have any desire to go for the Tony to get the EGOT?

You know what else I have? I have my Ruthie — a really beautiful card that Ruth Bader Ginsburg sent me when I wrote “I’ll Fight” because she loved the song for [the 2018 documentary] RBG. Even though that’s not technically an EGOT, it’s still pretty cool, man.

What’s your outlook when it comes to the business side of songwriting?

I own my own songs, but I don’t think about the business when I’m writing. I’m lucky that I have one of the biggest, most valuable publishing catalogs in the world, and there’s only one writer. I guess, when you think about it, it’s pretty phenomenal.

What has been the importance of having your own publishing company?

I got my own publishing [not] because I was a really smart, astute businesswoman. I happened to be in a lawsuit with a former publisher [around 1988], and because of that, I wasn’t able to sign with anybody. My lawyer at the time said, “You need to start your own publishing company.” I came up with the name Realsongs because that’s how I like to look at the songs I write, that they’re real songs. All of a sudden I started having all these hits that I owned, and I just never looked back. It just was a really lucky accident. My songs are pretty valuable, but I don’t look at it like that. I’m always looking at it like, “OK, I want to write the next song, and the next song.” I just love to do this.

Interview edited for length and clarity.This story first appeared in a January stand-alone issue of The Hollywood Reporter magazine. To receive the magazine, click here to subscribe.