Drake’s creative vision was simple when it came to designing the visual effects for his 2018 concert tour with Migos.

Interactive ice and lava displays, one floating Ferrari and a giant 3D scorpion later, Zakh and creative director Alexander Us of Sila Sveta pulled out numerous visual and technological stops in an effort to make the Aubrey & the Three Amigos tour “unique, so you can’t see it anywhere.” 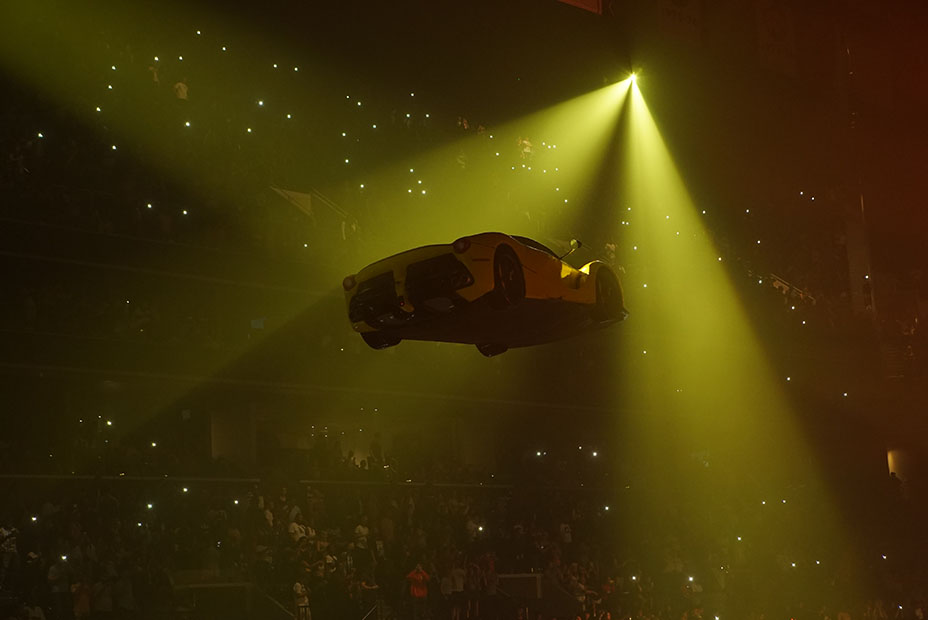 The North American tour includes more than 50 stops across the United States and Canada, with seven upcoming shows in the L.A. area. The artists will perform three sets at the Staples Center on Friday, Saturday and Sunday, as well as four more shows at The Forum on Oct. 16, 17, 19 and 20. While preparing for the tour, which kicked off on Aug. 12 in Kansas City, the VFX team designed nearly 100 different concepts for the show, eventually whittling their options down to five top contenders.

“Drake wanted to see everything, so we made like five shows in one,” Us said. “But you see only one in the concert.”

The final product took inspiration from today’s visual consumer society and complex 3D graphics requested by director Willo Perron and the artists’ teams. The melding of technology and millennial culture resulted in effects like transforming the stage floor into a larger-than-life iPhone screen, scrolling through Instagram for the viral hit “In My Feelings.” 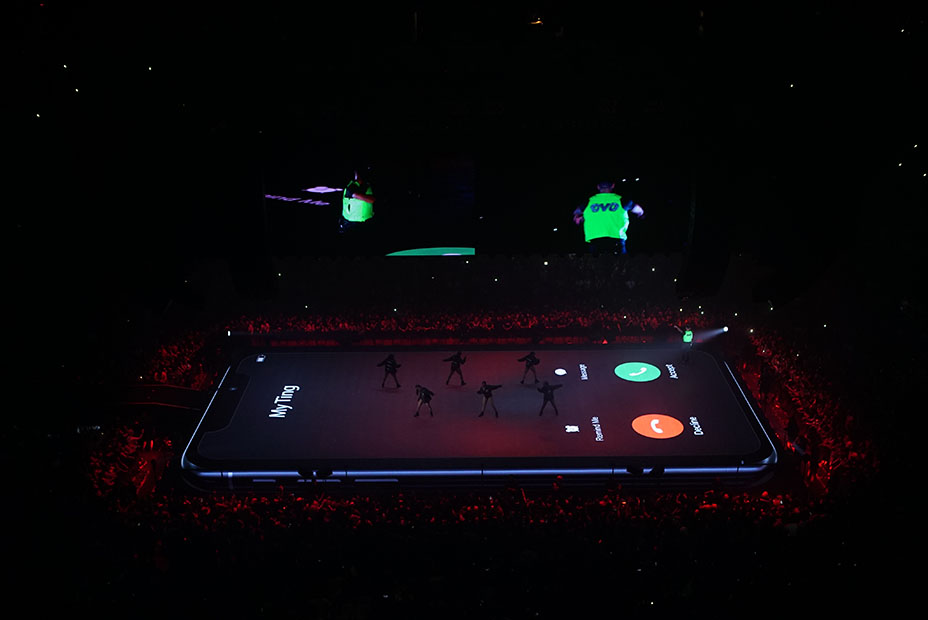 The social media theme also served as a common thread woven through both Drake’s and Migos’ sets, as any artist — regardless of disparate performance styles — can relate to 2018’s interconnectedness.

“Everyone wants to be all integrated in this fast-moving world with Instagram and all this social media stuff,” Zakh said. “The beauty of today is that everything is intersected, so we see a lot of crossing.” 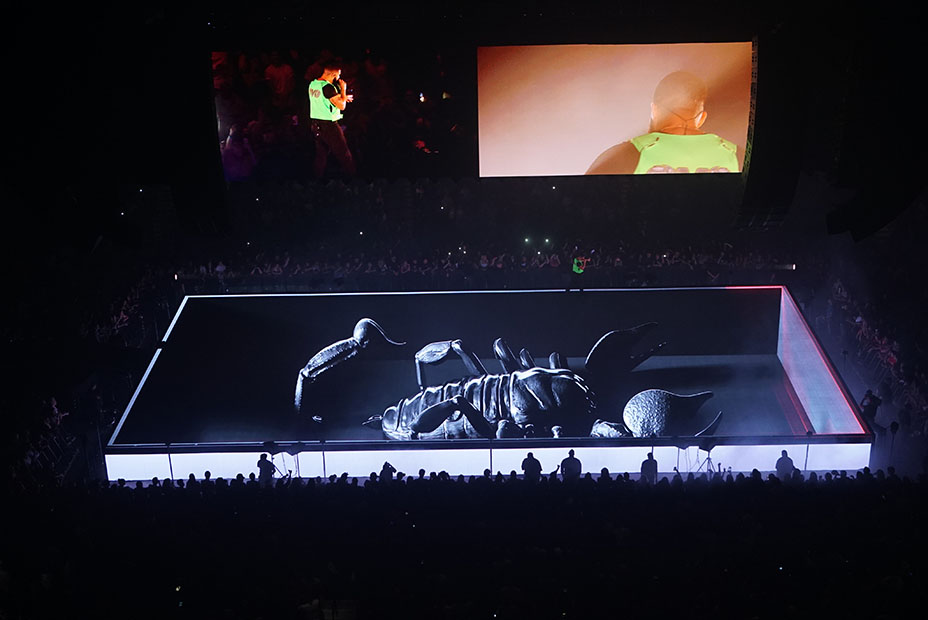 While iPhones and apps play a featured role in the tour’s visual landscape, Sila Sveta also created graphics based on natural imagery like water, ice, lava and, of course, a scorpion to represent Drake’s latest album. During Drake’s If You’re Reading This It’s Too Late hit “Know Yourself,” the stage dissolves into an ocean surface, with the rapper performing atop the waves, breaks and ripples.

“I personally love the nature concept that we had with the visuals that connected to not [only] the [pyrotechnics], but the air,” Zakh said. “They were very well-synchronized with the music. It looks amazing.” 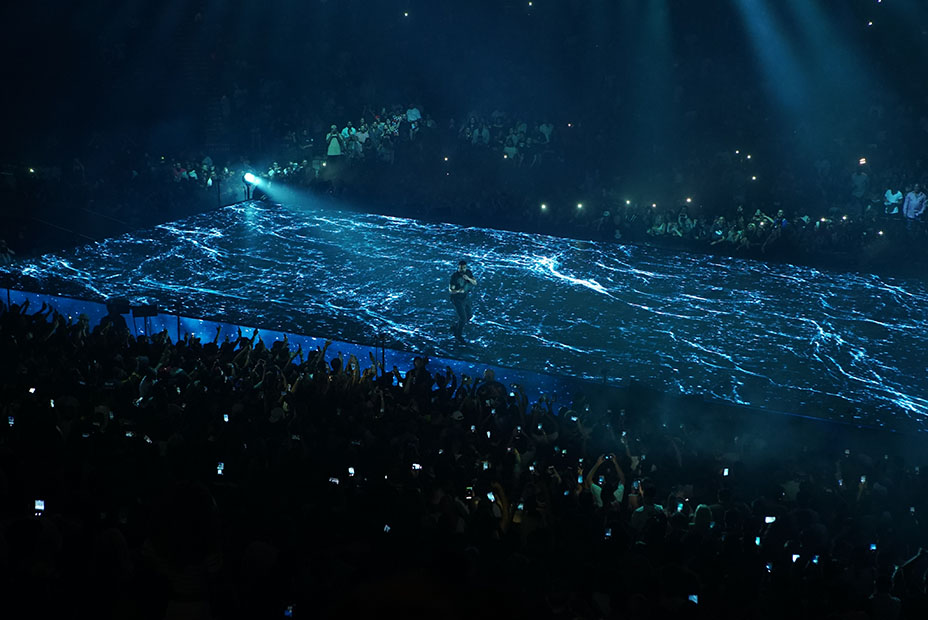 But perhaps the most technologically groundbreaking feature of the show is the designer’s use of BlackTrax, which “is a real-time tracking system that tracks the performer’s movements, communicating this to the VFX, which react accordingly,” according to the company. Such innovations allow Drake to make cracks in a stage designed to look like a sheet of ice by stepping on his marks.

“[BlackTrax] technology is not very often used in these kind of shows,” Zakh said. “But there are some people who are brave enough to use them.”

The Aubrey & the Three Amigos tour runs through Nov. 18, ending in Atlanta. 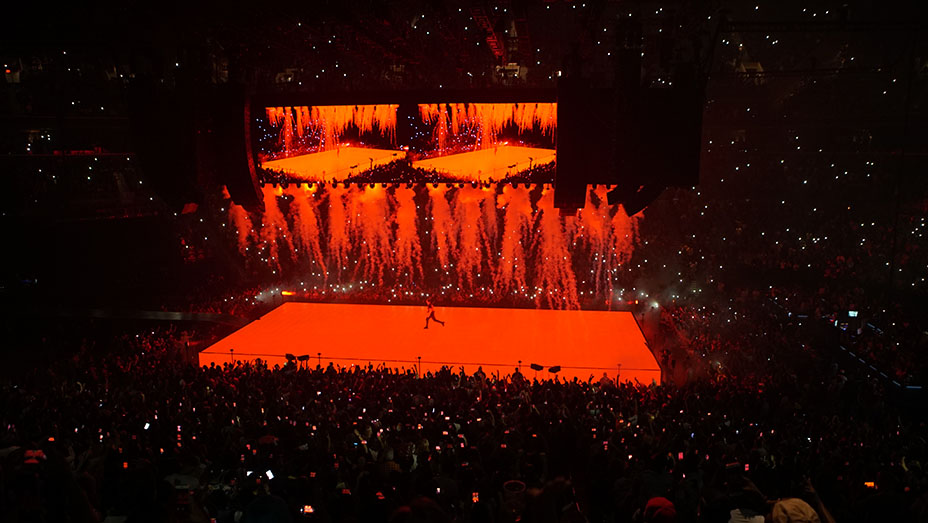 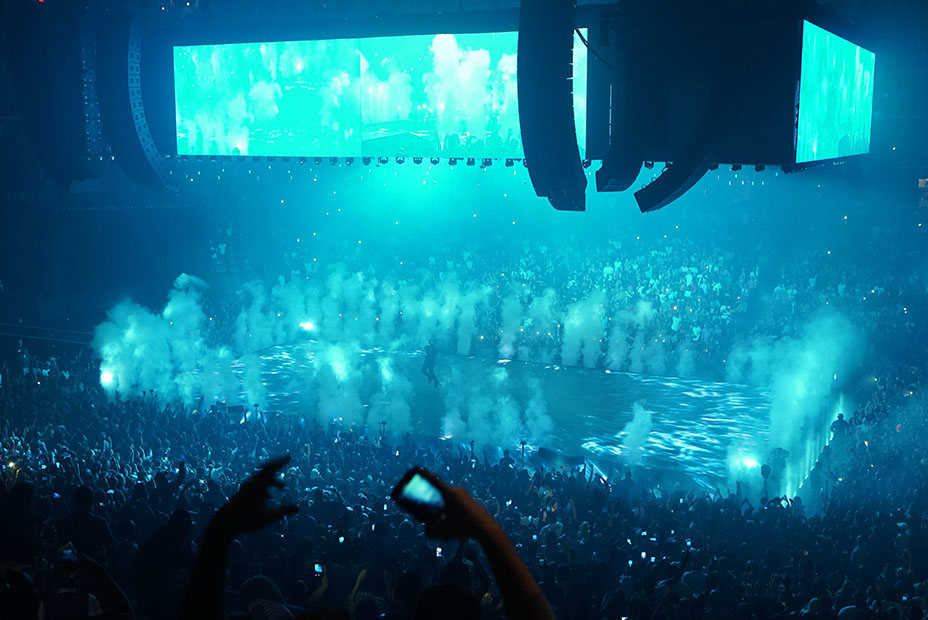 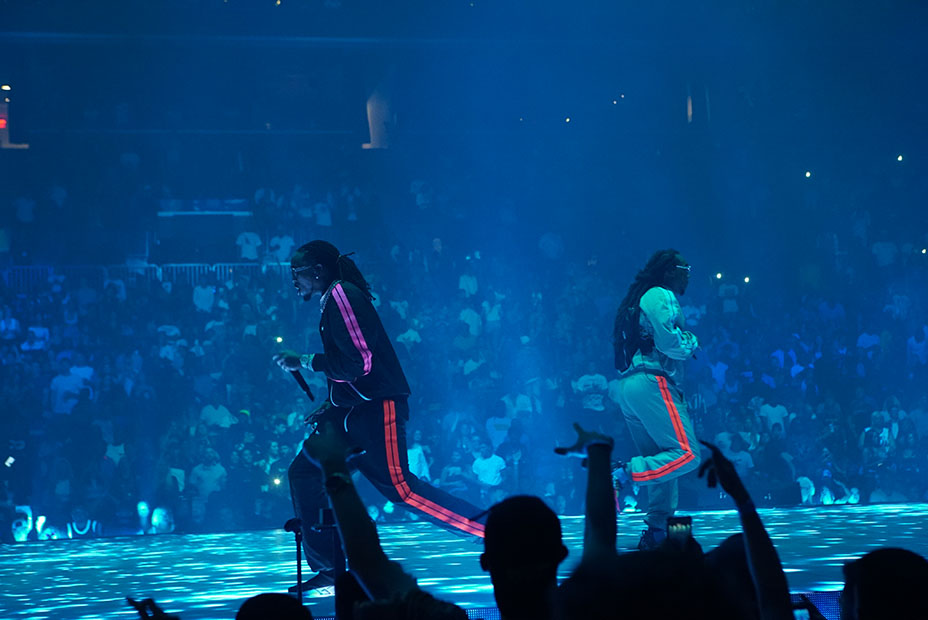 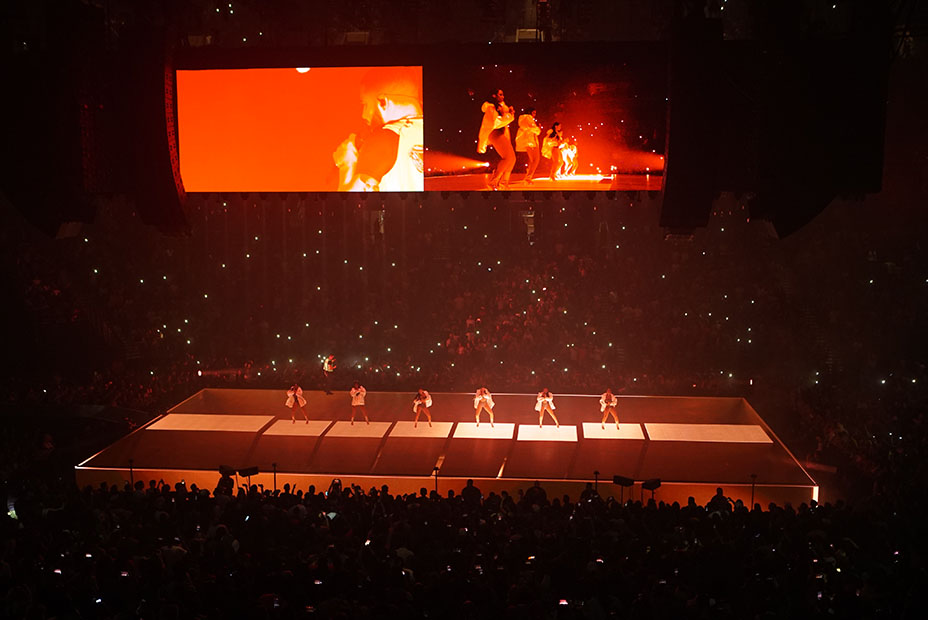 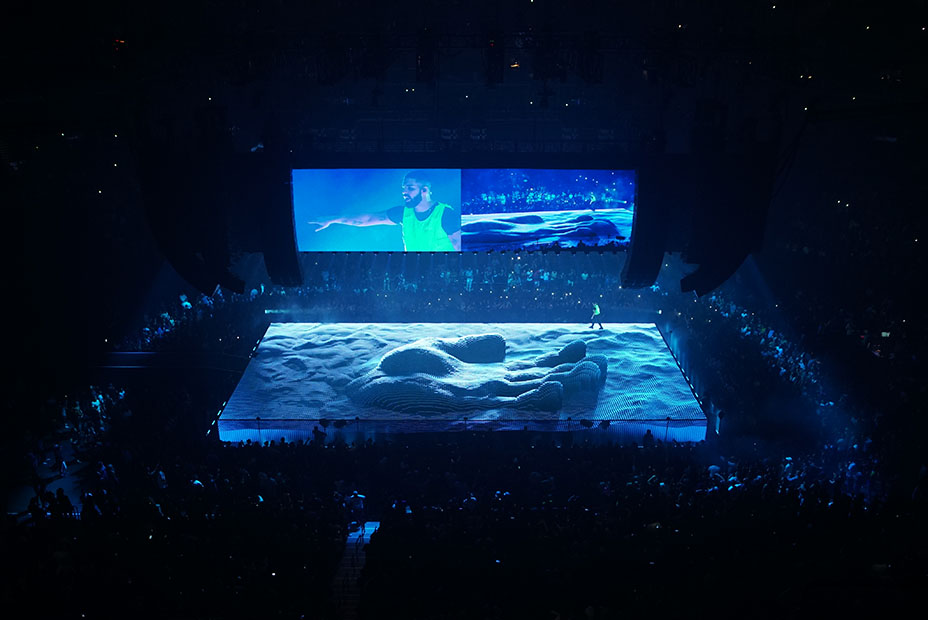