George Michael, the iconic singer-songwriter who began topping charts in the 1980s as part of the pop duo Wham!, died on Christmas Day of heart failure in his home.

Back in 1990, a 27-year-old Michael offered an interview to the Los Angeles Times’ Calendar magazine in which he discussed his growing disillusionment with his international fame, as reported by The Mirror. The interview resulted in a written response from none other than legendary singer/actor/Oscar winner Frank Sinatra, then 74 years old, in a letter published by the newspaper.

“I don’t understand a guy who lives ‘in hopes of reducing the strain of his celebrity status,’ ” Sinatra wrote. “And now that he’s a smash songwriter at 27 he wants to quit doing what tons of gifted youngsters all over the world would shoot grandma for — just one crack at what he’s complaining about.”

Sinatra, who himself became famous in his 20s when he joined Tommy Dorsey’s chart-topping band in the 1940s before striking off on his own and cementing himself as a legendary figure in entertainment, also offered the young Michael a bit of advice.

“Come on, George. Loosen up. Swing, man,” the veteran singer wrote. “Talent must not be wasted. Those who have it — and you obviously do or today’s Calendar cover would have been about Rudy Vallee — those who have talent must hug it, embrace it, nurture it and share it…. Trust me. I’ve been there.” 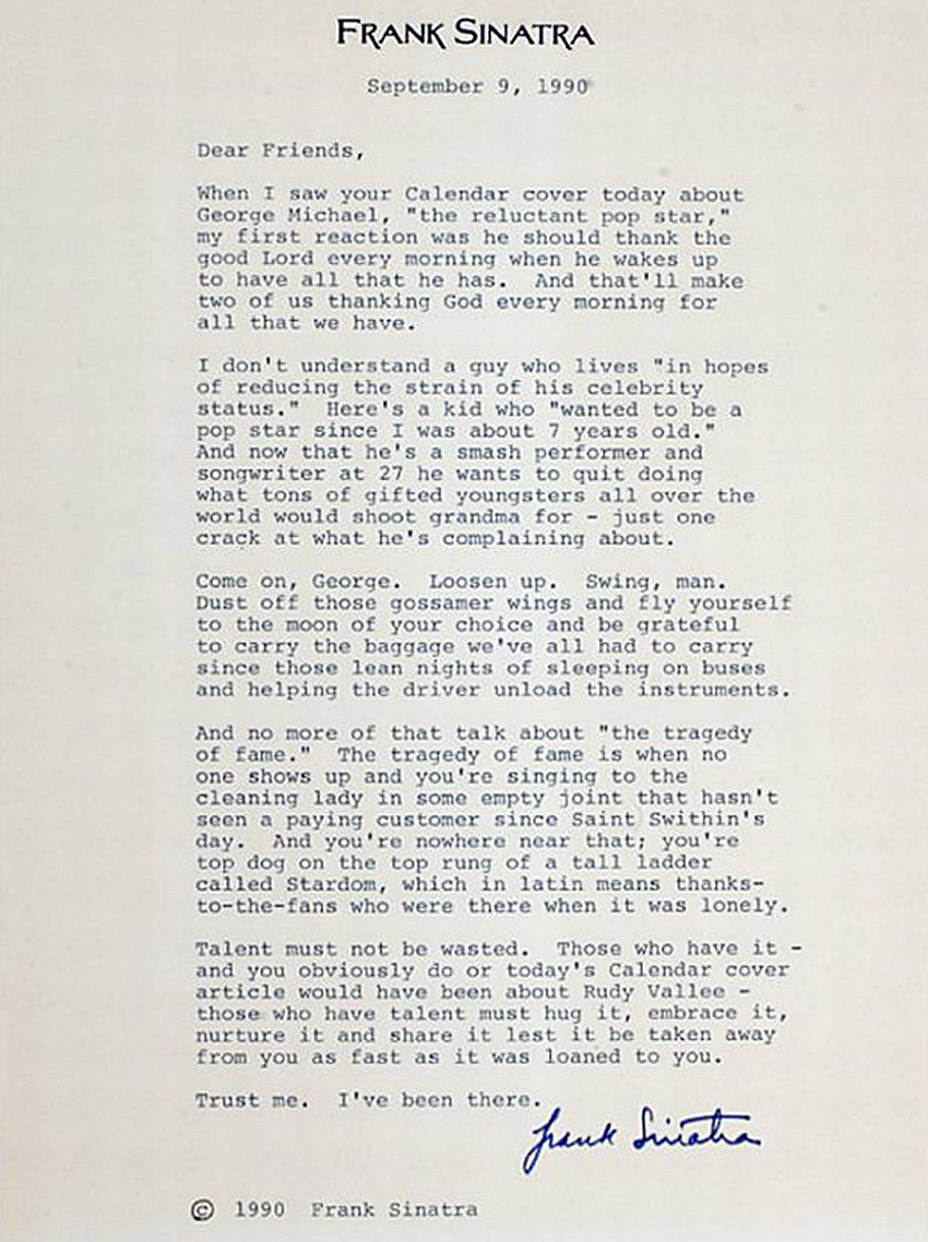 George Michael Through the Years