Wearing a vintage dress from French fashion designer Thierry Mugler’s fall-winter 1995 haute couture collection with a nude sequined top, shell-like black skirt, pink satin gloves, 28-karat diamond earrings by Gismondi1754 and strings of pearls wrapped around her neck, waist and beehive-style bun in an homage to the original Paris catwalk look, Cardi needed a team of five to help her out of her car.

Just in case her high fashion look didn’t cause enough of a stir, she also was accompanied by her on-again, off-again beau Offset, setting tongues wagging (literally — the couple also touched tongues for the assembled cameras). 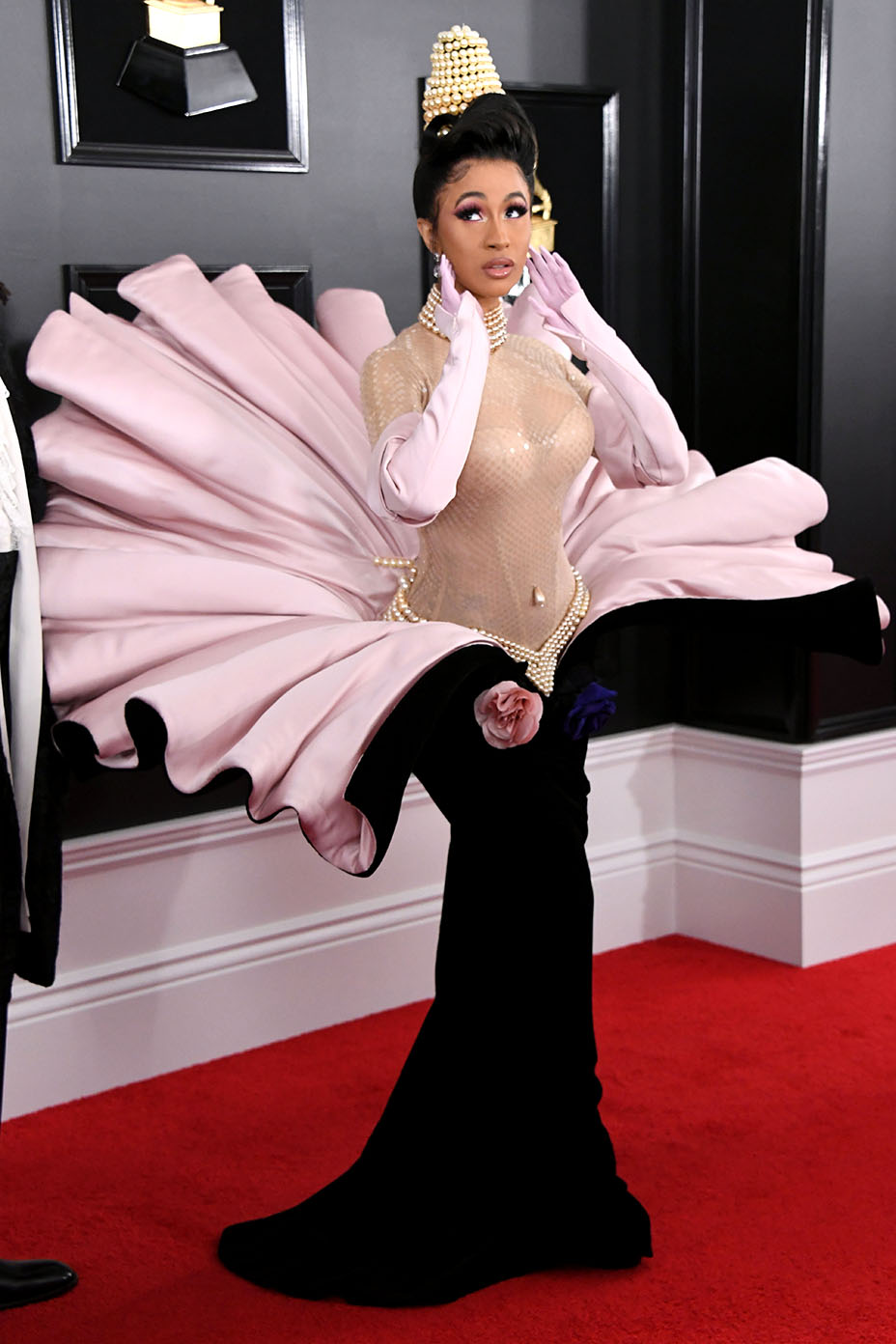 Hairstylist Tokyo Stylez, who styled the five-time nominee’s hair for the evening, said: “The inspiration behind Cardi B.’s red carpet look was a ’90s-influenced pearl updo to play up her couture ensemble.”

Cardi B, who also performed at the show sans wig and in a diamond-accented ensemble, recently took to social media to talk about her love of wigs. ”We’re not in the era where bitches do the blowouts, you know what I’m saying, or the sew-ins and shit. No, a bitch want the whole full-lace wig,” she said. Stylez sourced the wig from Lustful Hair and found the pearls at a local crafts store. “I simply strung them around the finished unit,” he said. 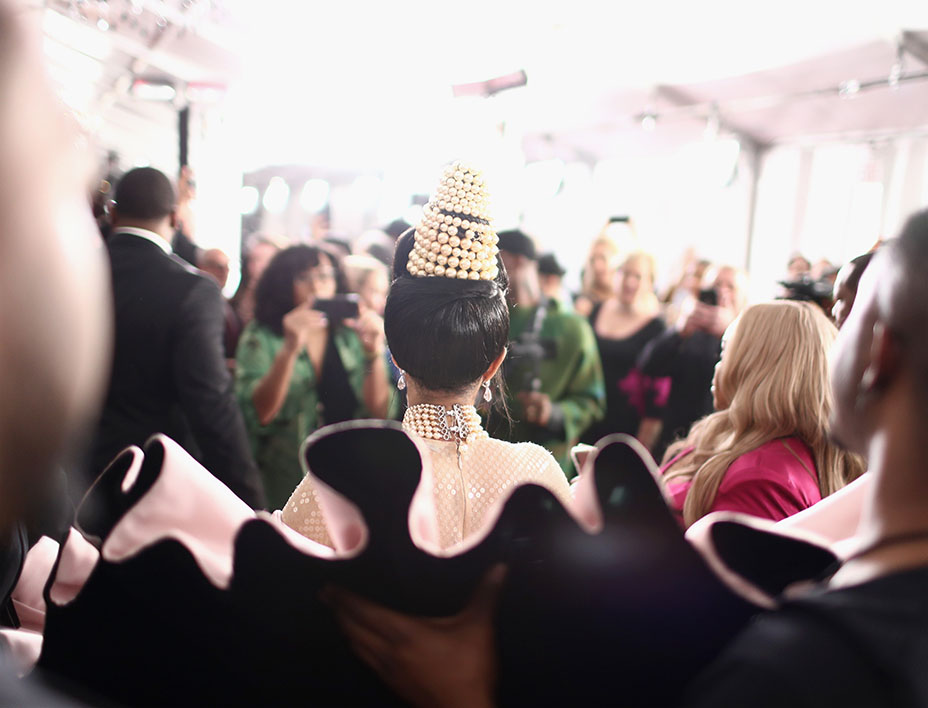 Cardi also wore a coordinated pink metallic eye by Pat McGrath Labs and Lashify lash extensions courtesy of makeup artist Erika La Pearl. The finished product was a slightly updated take on the original ‘do sported by model Simonetta Gianfelici nearly 25 years ago and made just as much of an impact as Cardi probably hoped it would.