The band Highly Suspect — nominated for best rock song for “My Name Is Human” — arrived in comparatively casual ensembles, but they, too had a message to impart. On the back of Johnny Stevens’ black jacket was the word “impeach.” While the trio posed for photos, Stevens turned around while his bandmates, Richard and Ryan Meyer pointed to the script — proving it was no coincidence.

Political messages have been everywhere this Fashion Week, so it’s no surprise that celebrities are using their ensembles to make their political points. Singer Skylar Grey also carried an LED clutch with the words “empowerment” and “equality” scrolling across its face (created in partnership with Absolut Lime), while ScHoolboy Q wore a pink “Girl Power” top and hit the carpet with his daughter, who was clad in a pink Gucci pantsuit. 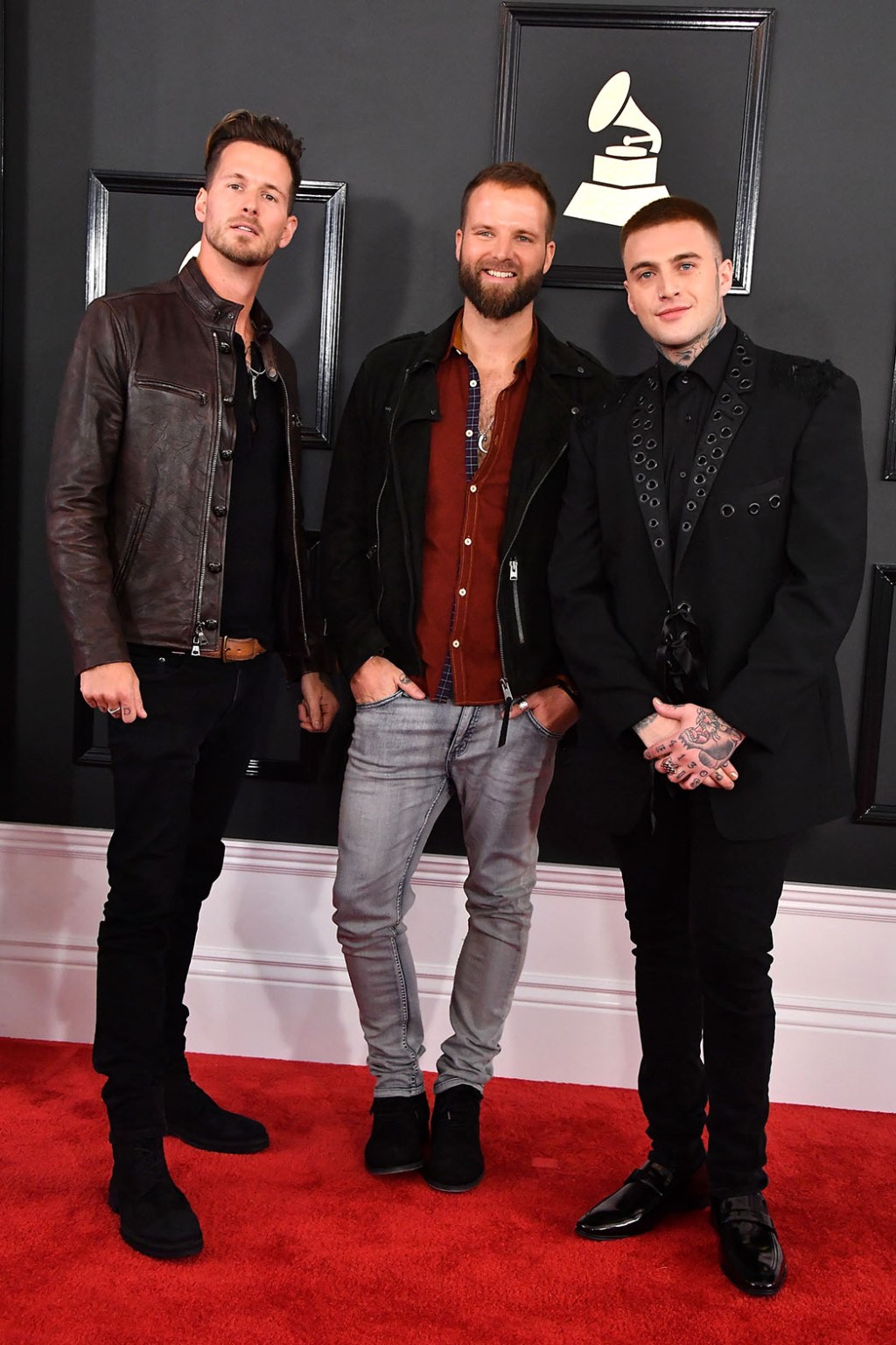