Justin Timberlake said bye bye bye to his suit and tie on his latest tour, partnering with Levi’s for his more down-home denim Man of the Woods gear. That collab has now blossomed into a full collection, Fresh Leaves, ever-so-apropos dropping just in time for fall. It will hit Nordstrom stores on Oct. 4.

It’s all part of the singer’s aesthetic evolution. While he was bringing sexy back onstage during his Future Sex/Love Sounds days, it was, apparently, a different story behind the scenes.

“I would come onstage and wear suits, but offstage I would be wearing Levi’s,” he told The Hollywood Reporter. But has he traded in the sleek Hedi Slimanes for camo and sherpa? “I think they’re all me. What’s that thing they say, play to the room? I think everyday we get to create what that room is.”

He customized a one-off trucker jacket for the brand last year that’s become his tour talisman. “It goes with me everywhere,” he said. “For some reason it’s my good luck jacket.”

After that, he kept playing around with samples at the L.A.-based Haus of Strauss until the execs unleashed him in S.F.’s Eureka lab to mix fabrics and experiment with washes. “They let me go crazy at the factory and grab all these different pieces, and it ended up being the beginning of what we have here.”

Not Just a Party, How Levi's Uses Coachella as a Design Lab

The line boasts trucker jackets ($148), wool-lined hoodies ($98) and plaid work shirts ($98), and launches a new fit, the 501 Slim Taper, in four washes ($118.00). Think urban lumberjack, no sexy lost. (We forget for a moment that one of his most famous looks is the head-to-toe ‘Canadian tuxedo;’ he’s since learned a lot about sartorial subtlety.)

Up on a hidden Parisian garden, he cites a melange of influences from a Tribe Called Quest to Robert Altman’s undiluted Americana, jumping to the cold climes of Stockholm and Moscow and an anonymous Japanese jean connoisseur. “There’s some kid in Tokyo right now that is spending six figures on a pair of vintage Levi’s and there’s a reason for that.”

That mix led Timberlake, who dabbled in design with the denim line William Rast over a decade ago, to working with the established legacy brand. Levi’s — and the factories behind it — have unleashed his creative freedom for the first time, he says, backed by a production pipeline he calls “so tight.” 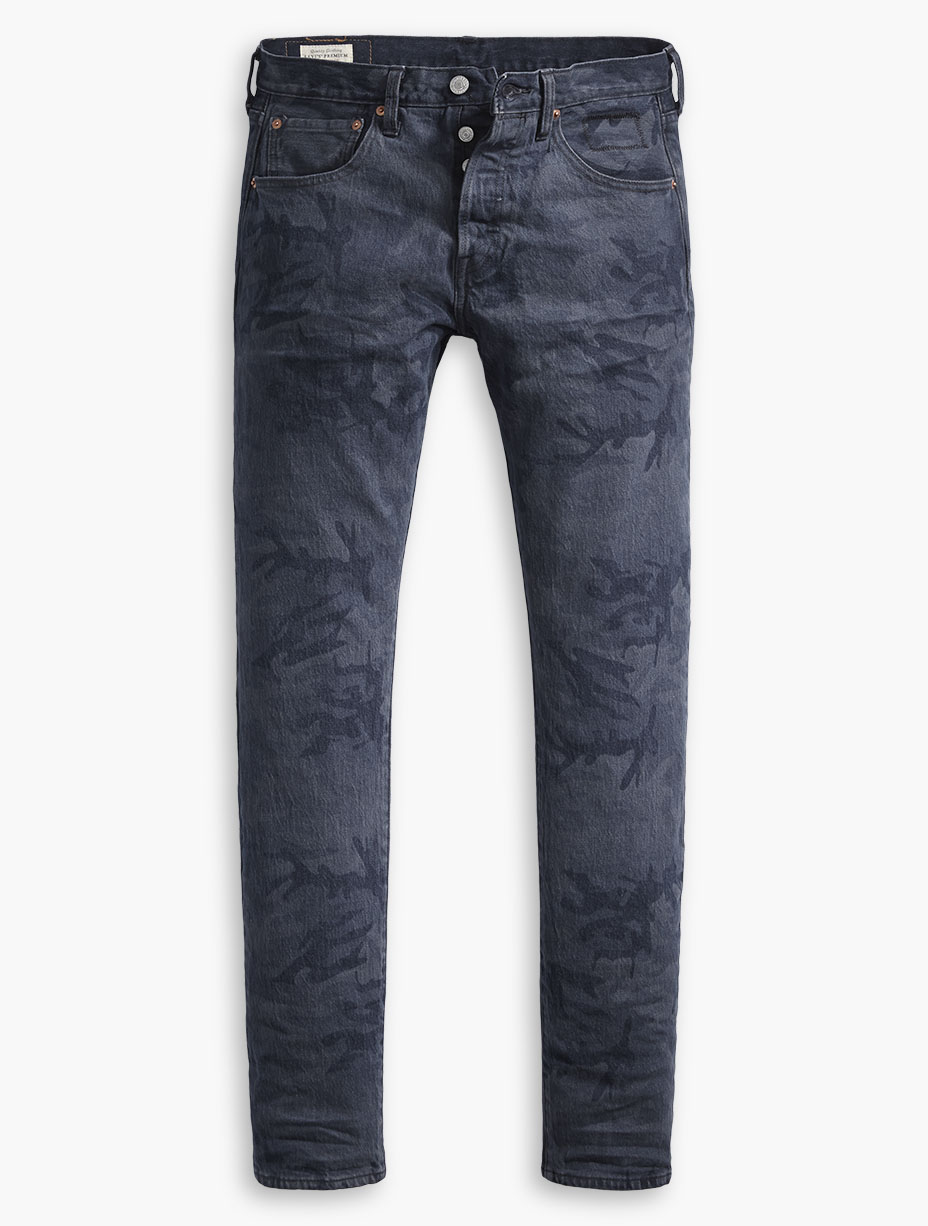 “I feel like it’s the first time I’m getting to use all my creativity, and I can collaborate with them, have it come to fruition and have it very well made. Not to talk bad about the past, but I’m excited to partner with a brand that has that higher quality. The people there know what they’re doing. It’s an icon for a reason.”

So has he turned over a new leaf as a designer, so to speak? It runs a bit deeper than that, he says, all the way down to his Southern roots and being a dad to 3-year-old Silas. “I’m getting into the meaning of symbols and words,” he said, noting that the Man of the Woods title was a reference to his son. “When you look at leaves in a modern way they represent change, and I felt it was something indicative of who I am.”

Timberlake hopes the collection is a “fresh take on classics” that will be equally new when Silas takes an interest. “It’s the ultimate hand me down,” he said, adding that it’s just the start of the Timberlake x Levi’s love. “It’s just the beginning of where we are going to go with this.” 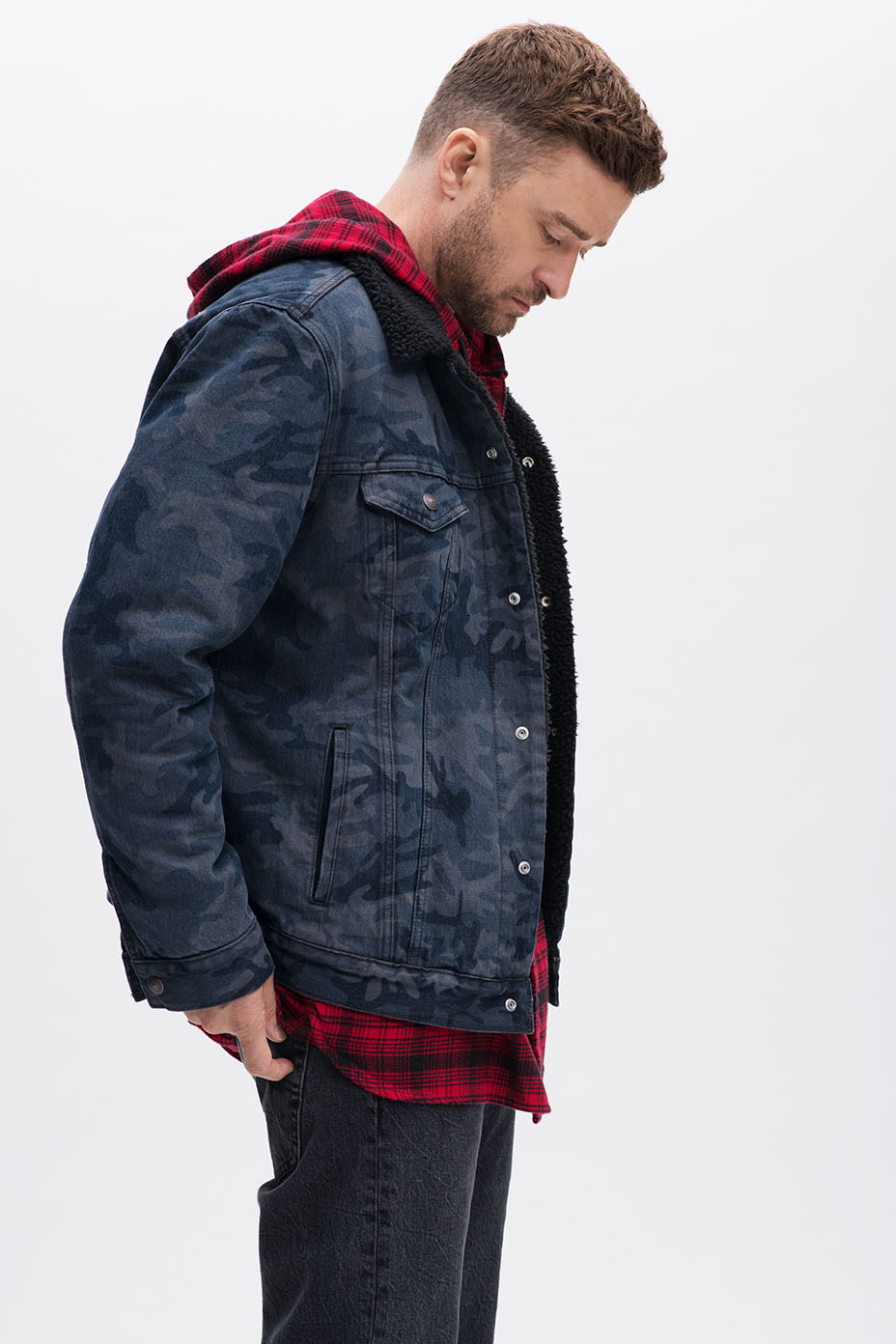