No surprise that Kanye’s West’s first public “Sunday Service” headlining the Coachella Valley Music and Arts Festival on Easter Sunday (on a private stage he constructed on the grassy “mountain” in the campground section of the grounds) caused a stir on the typically more snoozy Weekend 2. During the performance, he debuted a new song, “Water.”

The new number, focused on themes of purity and rebirth, featured lyrics such as “We are water/ Clean us like the rain in spring/ Take the chlorine, not our conversation/ Let your light reflect on me.” The rapper didn’t provide further details of the tune during the set, performed with Ant Clemons, although West has dropped new songs off his forthcoming ninth album Yandhi at his past Sunday Services in Los Angeles. The album, which was originally set to debut Sept. 29, 2018, and later got pushed to November before being delayed once more, does not have a set release date. It is expected to feature artists such as Rihanna and Nicki Minaj.

The Kardashian-West-Jenner clan was in the house, decked out in a wave of white, except for Kim Kardashian West and North West, who donned lavender to match Kanye. Chance the Rapper, Kid Cudi and Teyana Taylor were also on hand, joining in the performance. The choir members adhered to the usual Sunday Service dress code, albeit with a desert-hued twist: clay-colored Yeezy sneakers, trousers and a tunic choir robe. The band kicked off the event with mellow jazz-infused instrumentals. West’s daughter North was also seen onstage dancing to the beat, even singing at one point. (She has likewise performed with her father at past Sunday Services). 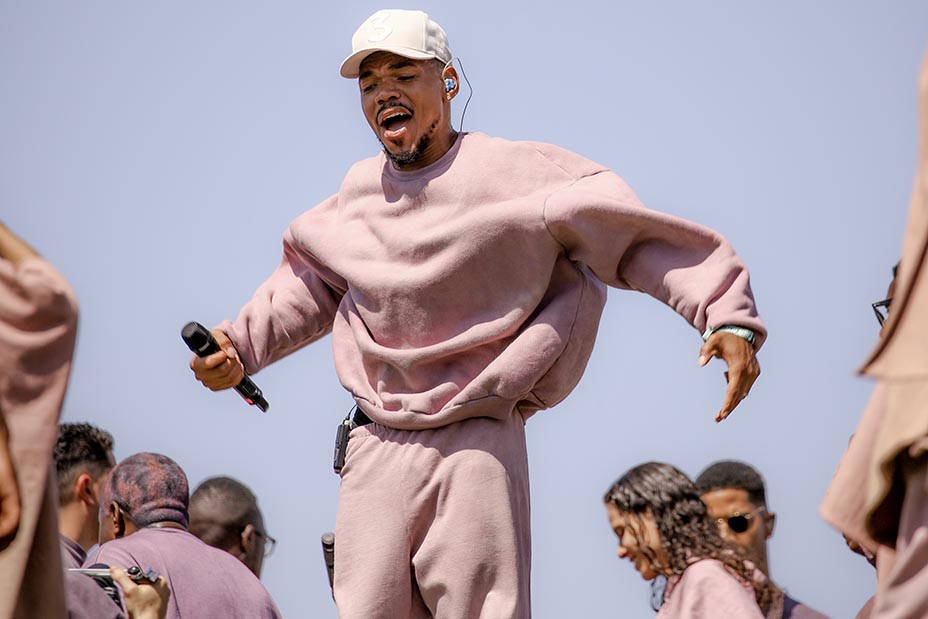 With nearly 40 minutes of instrumentals before the main vocals began, the energy was low in the crowd to start the set, with some people seen sitting as the sun blazed down. When singing did start, West and the gospel choir led the newly pumped-up crowd through a series of his hits such as “Ultralight Beam” (with Chance the Rapper), “All Falls Down,” “Lift Yourself,” “Fade” and “Jesus Walks,” along with a newer song “Everything We Need,” dropped in February.  West swayed and danced along to the beat and also played on the keyboard throughout the performance.

As the event progressed, people were seen waving their hands, singing and hugging friends and strangers on cue after shout-outs from the stage to “put your arms around someone and tell them you love them!”

The Sunday Service also featured a prayer by DMX, after which West was seen getting emotional and crying. 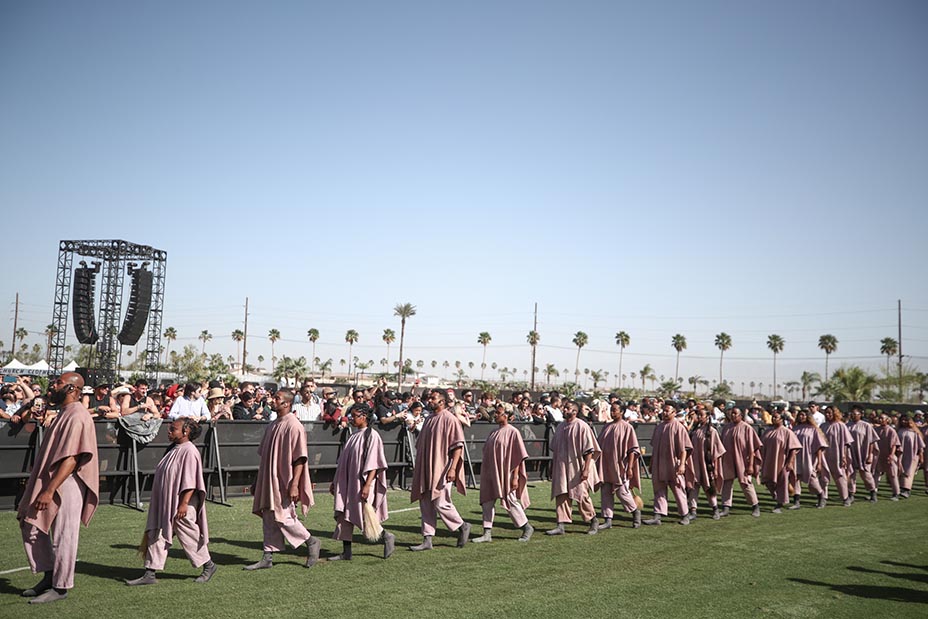 West’s top-secret Sunday Services in L.A., seemingly rehearsals for the Coachella event, have been a hot ticket since they quietly kicked off on Jan. 13 at the Wests’ home. Said to require a direct invite from West himself (and an NDA), the gospel choir gatherings/parties around Calabasas featuring West performances have attracted Courtney Love, Katy Perry, Orlando Bloom, Busy Phillips, David Letterman, Kid Cudi, record producer Rick Rubin and more. There is even a @Kanyessundayservice Instagram account. The service on April 7 paid tribute to rapper Nipsey Hussle, who had been gunned down the previous week.

7 Behind the Scenes Moments From Kanye West's Coachella Church Service