Mary Wilson, a founding and longest-running member of The Supremes, has died. She was 76.

Wilson passed suddenly on Monday evening at her home in Henderson, Nevada, her longtime friend and publicist Jay Schwartz said in a statement. No cause of death was given.

The trio of Wilson, Florence Ballard and Diana Ross formed the most well-known and successful iteration of The Supremes, the Motown girl group that would dominate the charts in the 1960s, break a host of records and become one of the best-selling female groups of all time.

With 12 No. 1 hits on the Billboard Hot 100 — the record for the most No. 1s among American groups — The Supremes’ classic singles included “Where Did Our Love Go,” “Baby Love,” “Come See About Me,” “Stop! In the Name of Love,” “Back in My Arms Again,” “I Hear a Symphony” and “You Can’t Hurry Love,” among many others.

“I was extremely shocked and saddened to hear of the passing of a major member of the Motown family, Mary Wilson of The Supremes,” Motown Records founder Berry Gordy said in a statement Monday night. “The Supremes were always known as the ‘sweethearts of Motown.’ Mary, along with Diana Ross and Florence Ballard, came to Motown in the early 1960s. After an unprecedented string of No. 1 hits, television and nightclub bookings, they opened doors for themselves, the other Motown acts, and many, many others.”

He added: “I was always proud of Mary. She was quite a star in her own right and over the years continued to work hard to boost the legacy of The Supremes. Mary Wilson was extremely special to me. She was a trailblazer, a diva and will be deeply missed.”

Ross led the tributes Tuesday morning, noting on Twitter, “I just woke up to this news, my condolences to you, Mary’s family. I am reminded that each day is a gift. I have so many wonderful memories of our time together. ‘The Supremes’ will live on, in our hearts.”

Born in Greenville, Mississippi, on March 6, 1944, Wilson was the eldest of three children to Sam and Johnnie Mae. Her family moved to Detroit in the ’50s and she grew up in the Brewster-Douglass Projects, meeting Ballard in elementary school. In 1959, Ballard, Wilson, Betty McGlown and Ross formed singing group The Primettes, performing Ray Charles and Drifters covers at venues around Detroit. Barbara Martin replaced McGlown in 1960, and the quartet of teens auditioned for the then-new and unknown Detroit label Motown. 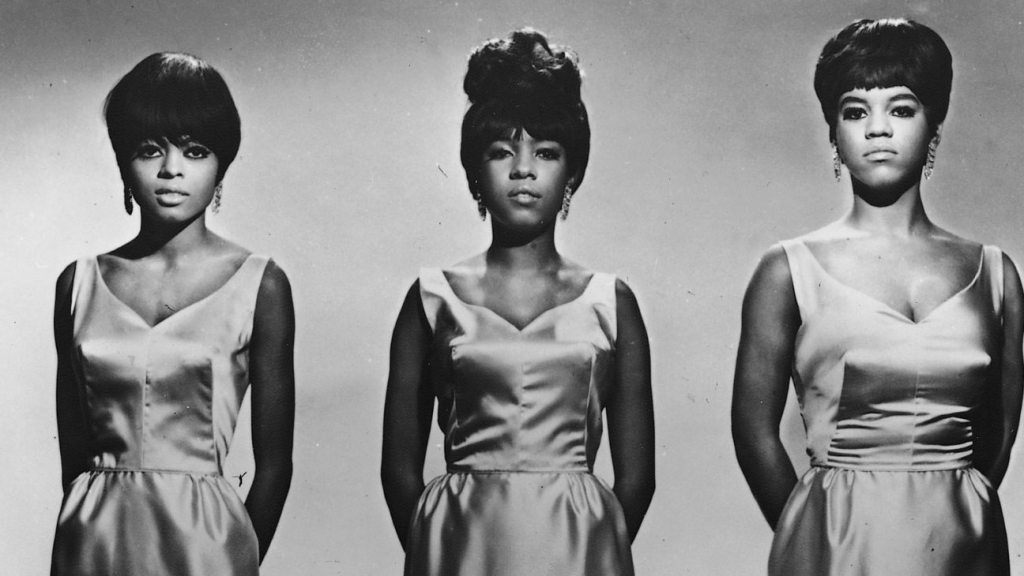 “It was 1961, January, and we were The Primettes. We were not The Supremes yet. We had gone for an audition at Motown prior to that signing. And Mr. Berry Gordy turned us down. We were quite young, about 15 and a half,” Wilson told The Hollywood Reporter in an interview in January.

“But pretty soon we realized that Motown Records was the record company that we wanted to join. And we were still in high school. We were hearing Smokey Robinson and the Miracles, Marv Johnson, Mary Wells on the radio, and we said, ‘That’s where we want to be.’ So we sat on the grounds of Motown, outside Hitsville, every day until pretty soon one of the producers came out and said, ‘We need to have some background handclaps.’ That’s how we got into Motown. And Mr. Berry Gordy decided to go ahead and sign us because he said that we were really serious. We were still 16 years old, and our parents had to actually sign the contract because we were underage. We didn’t have any legal representation, because we were just so happy to be there,” she added.

Martin left the group in early 1962, leaving the classic Supremes lineup of Wilson, Ballard and Ross. Between 1961 and 1963, the group released eight singles but had little initial success, earning them the rather cruel nickname the “no-hit Supremes” at Motown. But after linking up with Lamont Dozier and brothers Brian and Eddie Holland, the legendary Motown songwriting and production team known as Holland-Dozier-Holland, the group had their first chart hit in late 1963 with “When the Lovelight Starts Shining Through His Eyes,” which peaked at 23 on the Billboard pop chart. 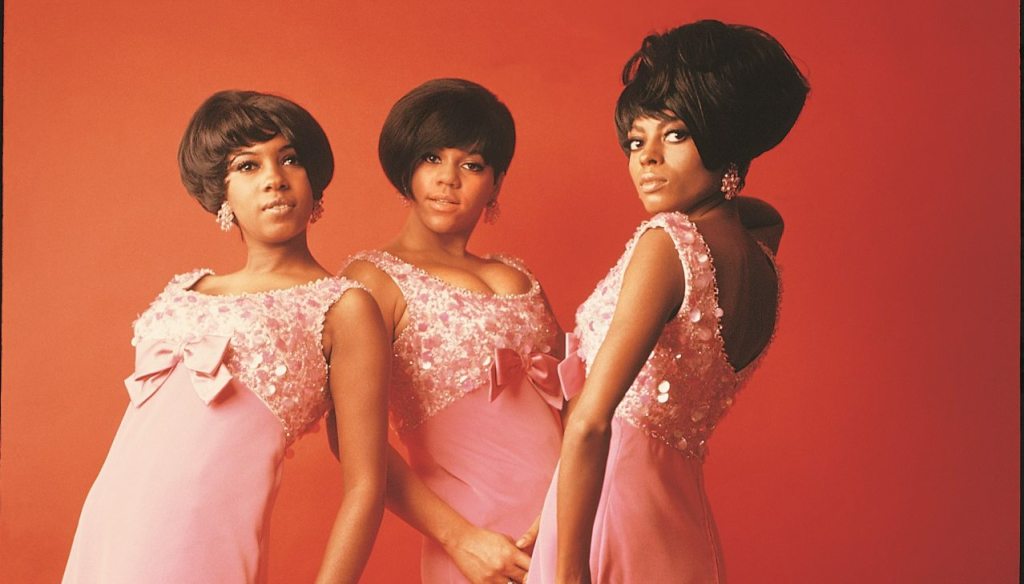 Their first No. 1 came in August 1964 with “Where Did Our Love Go,” which also became the group’s first international hit, reaching No. 3 in the U.K. Then followed four more No. 1s including “Baby Love,” “Come See About Me,” “Stop! In the Name of Love” and “Back in My Arms Again,” meaning The Supremes became the first group with five consecutive No. 1s on the Billboard charts.

The mid-1960s saw The Supremes reach new heights of success and fame, with the group becoming one of the first music acts to endorse products as well as one of the first, along with The Temptations, to tape a TV special. But Ross, the lead singer, was increasingly the face of the group and this, along with constant touring and the litany of commercial commitments, caused tensions. Adding further pressure was Ballard’s depression and growing alcoholism. In 1967, Gordy changed the name of the group to Diana Ross and the Supremes and, later in the same year, Ballard was replaced by Cindy Birdsong.

The acrimonious departure of Ballard, followed by her death in 1976, weighed especially heavily on Wilson, and she revealed to THR that her childhood friend had suffered abuse as a 14-year-old, which had “totally destroyed her.”

“She was like one of those great Black women who was proud and really strong and beautiful and all that stuff, but that totally destroyed her. When we became famous I thought that she would get over it, because you know, people think, ‘Well, when you become rich and famous and all that stuff, all your problems are gone.’ Well, that’s not true. And she was never given any help because people didn’t try to help her,” she said.

On Jan. 14, 1970, Diana Ross and the Supremes performed a final show at the Frontier in Las Vegas. Ross left the group to pursue a solo career and Wilson, Birdsong and new member Jean Terrell continued performing as the “New Supremes.” The final years of the group saw a number of lineup changes, with Wilson the only ever-present, and the group had a few top 20 hits including “Up the Ladder to the Roof,” “Stoned Love” and “Nathan Jones.” But the old success was no more. Wilson left the group in 1977 after a performance in London, and The Supremes finally disbanded for good.

Supremes at 60: Mary Wilson Says Reunion "Up to Diana Ross"

On why she stayed with The Supremes after the departures of Ballard and Ross, Wilson told THR, “I think a lot of us in the ’70s were going through that period of not knowing what was going to happen. It was one of those periods where the world was changing. Then disco started coming in, everything changed. So, I was clinging on to what I loved doing. And I still love performing and singing. So, I was clinging to that trying to save myself.”

Wilson would go solo in 1979 with a self-titled album on Motown that featured R&B, soul and disco songs, but the record failed to trouble the charts. Her only other solo release, an album titled Walk the Line, was released in 1992.

Wilson co-authored three books, including the 1986 best-selling autobiography Dreamgirl: My Life as a Supreme, which covered Ross’ years in the group and became a sensation for revealing the lead singer’s diva behavior. She followed that with the memoir Supreme Faith: Someday We’ll Be Together in 1990, which covered the post-Ross years of The Supremes. In 2019, she co-authored Supreme Glamour, a book about the group’s style.

Wilson was a big music activist, and she was a key campaigner behind the Truth in Music bill, which sought to protect the trademarks of famous groups by insisting that the name of a group could not be used unless that group includes at least one original member. The bill has so far been enacted in 35 states.

In 2019, she was a contestant on Dancing With the Stars, pairing up with Brandon Armstrong, but was eliminated in the first round.

Wilson married former Supremes manager Pedro Ferrer in 1974, and the couple had three children, Turkessa, Pedro Antonio Jr. and Rafael. They divorced in 1981. In 1994, their son Rafael was killed in a car accident when a Jeep that Wilson was driving veered off a highway between Las Vegas and Los Angeles. 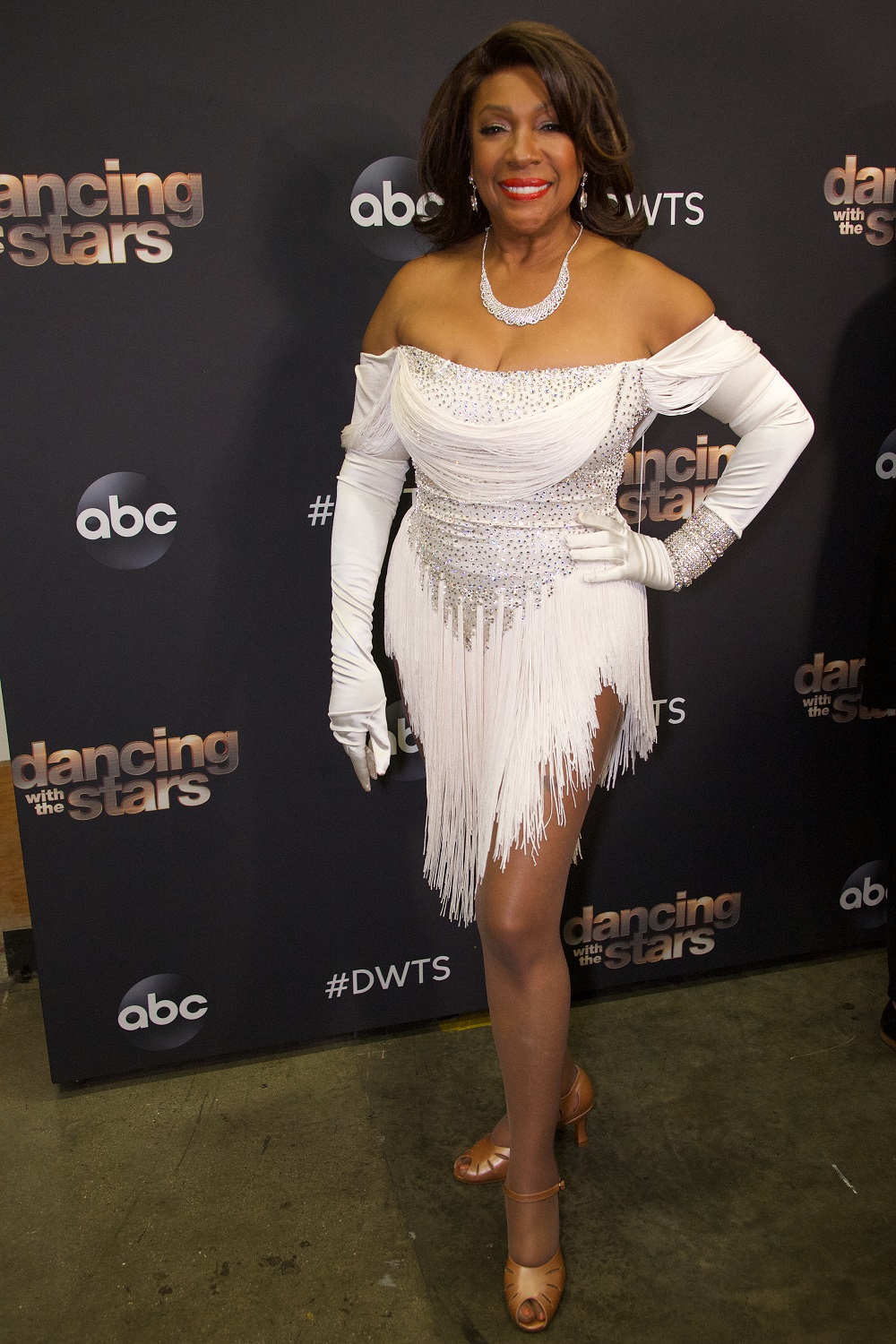 "The Supremes Will Live On": Diana Ross Leads Tributes to Mary Wilson