Some people think what the world needs now is more protest music, and Prophets of Rage seem ready to oblige. The hard-charging supergroup fronted by Public Enemy’s Chuck D, Cypress Hill’s B-Real and Rage Against the Machine guitarist Tom Morello revealed on Thursday that they will drop their self-titled full-length debut Sept. 15 on Fantasy Records.

But first, the group — which also features RATM rhythm section Brad Wilk and Tim Commerford and Cypress Hill’s DJ Lord — announced their intentions to not go quietly with the release of the album’s lead track, “Unf— the World.” The video, directed by documentarian Michael Moore, is like a mixtape of Moore’s decades-long crusade for truth, touching on images of President Donald Trump, environmental peril, factory farming, nuclear threats, poverty, police brutality, celebrity banality and much more. Using a pastiche of classic and recent news images mixed with live performance footage, Moore even manages to slip in a mocking bit of Kendall Jenner’s infamous Pepsi commercial fiasco.

Prophets of Rage at LAX Protest: "Los Angeles Is a No Trump Zone"

“I am thrilled to once again be working with my old friends and comrades in the struggle for a just world,” Moore said in a statement about the video. “Prophets of Rage is the right band, saying the right shit, at this very critical moment. This music video is our collective battle cry against those who seek to harm the innocent and the powerless. I am proud to have directed this video and I ask all who see it do their part to unf— this world. ALL HANDS ON DECK!”

The album’s cover — which features a clenched fist raised in front of a red star on a black and white background — was created by famed street artist Shepard Fairey. The group came together during the 2016 election and recorded the 12-track album with frequent RATM collaborator producer Brendan O’Brien in just over a month. It includes B-Real’s take on homelessness (“Living on the 110”) and a shared commitment to doing more than rehashing the sounds of their shared history of protest music, according to Wilk. 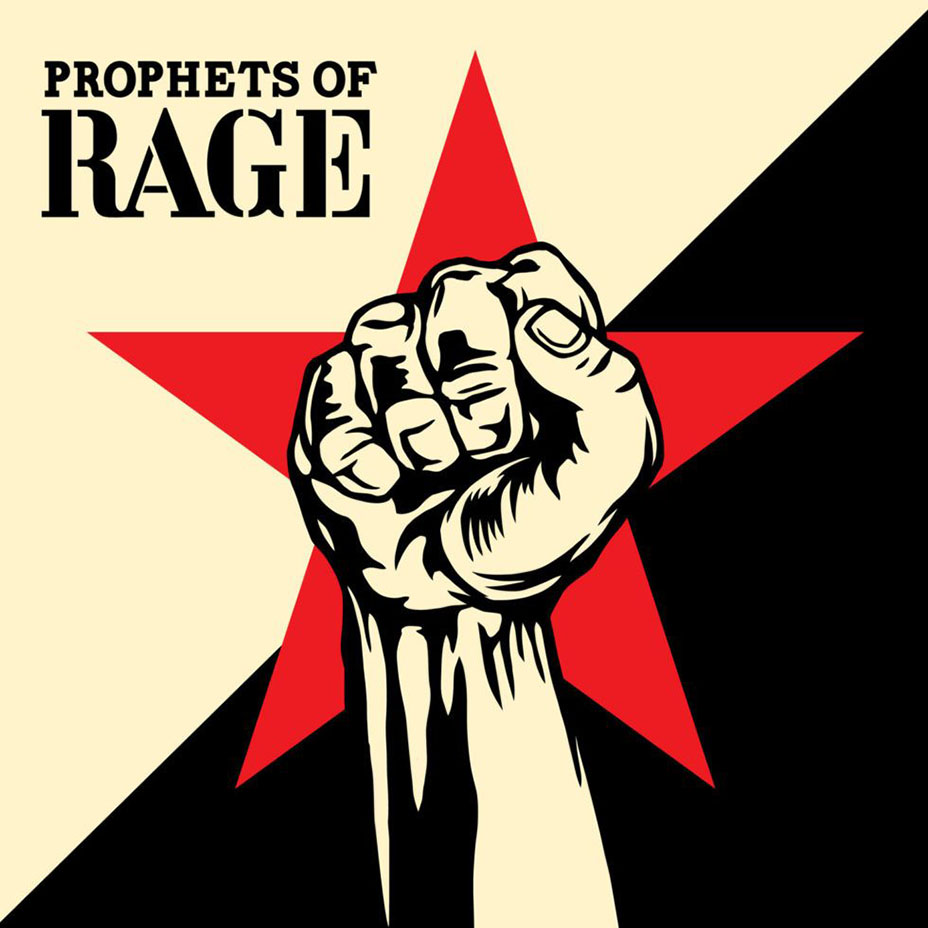 “When we first got together, we were playing songs from our catalog, but we were also playing new grooves, with everyone improvising. And that felt really good,” said Wilk. “Soon there was a language that all of us speak.”

For Morello, the band is about more than just creating a fresh batch of songs. “There were rhythms before there were words,” he said. “Music has both the ability to reflect and transform the times. There’s a long history of that, from slave spirituals, to ‘We Shall Overcome,’ to the Sex Pistols.”

Check out the video for “Unf— the World” below.