Over the years, menswear fashion designer John Varvatos has tapped a host of rock n’ rollers for ad campaigns, from Alice Cooper to Iggy Pop.

But Nick Jonas is his brand’s first-ever design collaborator and fragrance collaborator, and he calls him “a true friend.”

Jonas agrees, telling The Hollywood Reporter, “When he and I met, it was an instant connection.” The 25-year-old had admired Varvatos’ rocker-inflected style and kept his leather jackets and denim as wardrobe staples growing up. “We sat and talked for a couple hours and knew that we would be friends immediately.”

Varvatos tells THR that Jonas is “an old soul,” adding, “He’s very curious about everything … He doesn’t want to be a pop star of the moment. He wants to be an artist, an actor and more long term.”

After announcing their design collaboration in January and releasing a seven-piece capsule collection, now they’re launching the first fragrance collaboration for the John Varvatos brand: The JV x NJ cologne, in Nordstrom stores this summer and nationwide in the fall. The designer and Jumanji actor feted the new JV X NJ Eau de Toilette at a party in New York on Wednesday night, debuting the midnight-blue bottle. 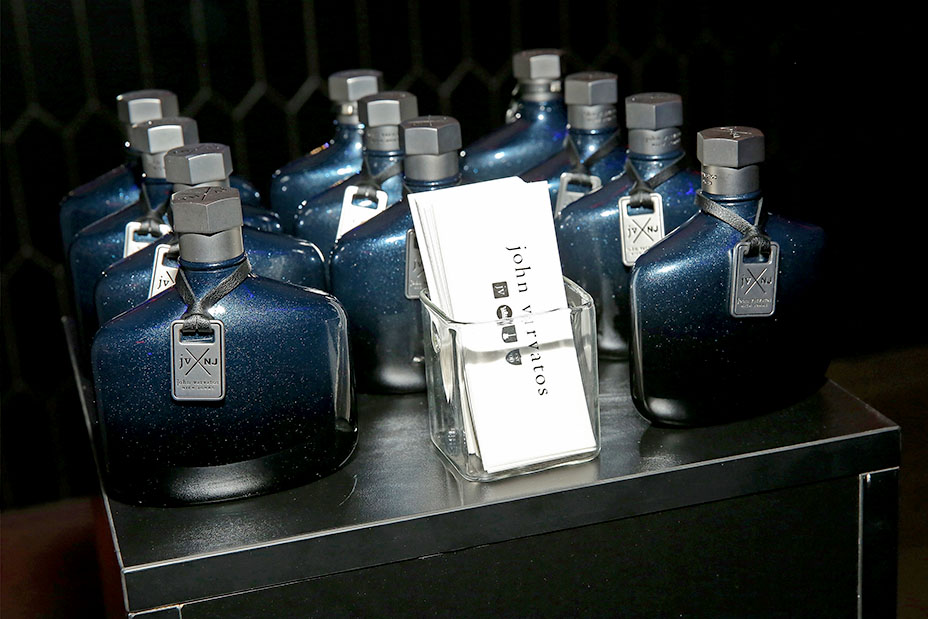 Their relationship was cemented after they met at a fateful dinner party a couple years ago. In the days after, Jonas invited Varvatos into his recording studio. He brought a bottle of tequila.

“I invited him to the studio to come listen to some music I had been working on, to continue our conversation about life and music and fashion and art. Out of that conversation, the idea came to us to start working together on some things,” Jonas says. That day, they talked about their hometowns — Varvatos is from Detroit, a city he has helped boost, and Jonas is from New Jersey (or just “Jersey” as he calls it). “I think they’re very similar in some ways and we bonded on that” along with music, aesthetics, creativity and film “as acting has become a big part of my world,” the young star says.

Of their studio session, Varvatos recalls, “He wanted to play some music for me that he was working on. And it just evolved into this fun, comfortable friendship that we shared a lot of commonality in our passions in life and our upbringing,” Varvatos says. “Maybe the tequila helped it a little, but no matter what, there was definitely something very special in our relationship.”

Nick Jonas on 'Jumanji' and That Jack Black Love Story

The result was a music-inspired capsule collection including knitwear, leather jackets and a “Detroit” tee. Fragrance was the next step. Varvatos says memory played a big role in the scent. Jonas remembered his late grandfather who “had a scent that really defined him and actually walked in the room before he did. And when I smell it, even to this day, it brings me back.” So he and Varvatos discussed how to create a smell that becomes part of a man’s identity, “like it was for my grandfather.” (Jonas describes his grandfather’s smell as “refined and really clean, classy.”)

Eventually they incorporated sandalwood into the base notes as an ode to the beach, and mandarin and kaffir lime leaves in the top notes. Testing the scents “was a really fun process because Nick had never gone through it, so he looked at it as like an educational thing and he asked a million questions of me and our perfumer,” Varvatos says. He admired Jonas’ opinion, which was “outside of my internal team” and part of “a healthy back and forth.” Learning from the master was the beauty of it for Jonas: “The fun part with John is picking his brain, and seeing him in his element in that way and just trying to be a student.”

Their relationship has taken them beyond studio pals and fashion collaborators to world travelers. They recently spent a couple weeks traveling through Europe and then to Cuba for a “top secret” project. The only hints: “It’s a film project, a documentary that we’ve been working on together, which I’m very excited about,” Jonas says. “I can tell you it’s going to be an important piece to the next evolution of my life both as a person and on a creative level and as an artist.”

Varvatos teases that their future collabs are not necessarily fashion and fragrance related, “because we feel like we’ve really connected on so many things, and we want to do things that we’re passionate about. And I’m sure we’ll come back to doing more in those categories, but we’re really looking at some things outside of that right now that we’re deep into and super excited about.” 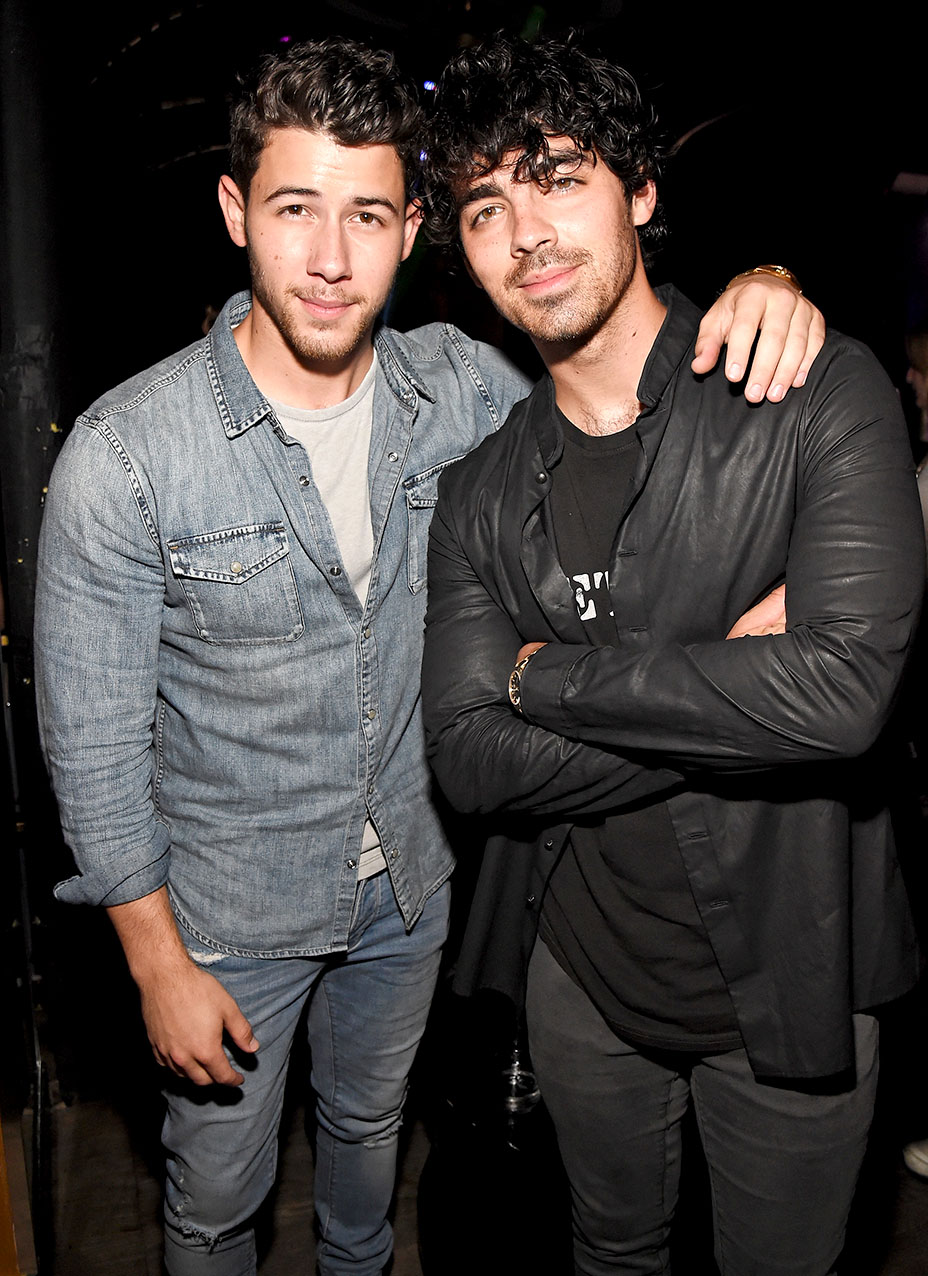