Nick Jonas doesn’t believe in coincidences. “Everything that’s happened these last few days, from being at the VMAs the other night to these two concerts at MSG and now this party, all seems like it was meant to happen together, to come together in a really magical moment,” he told The Hollywood Reporter on Thursday night. 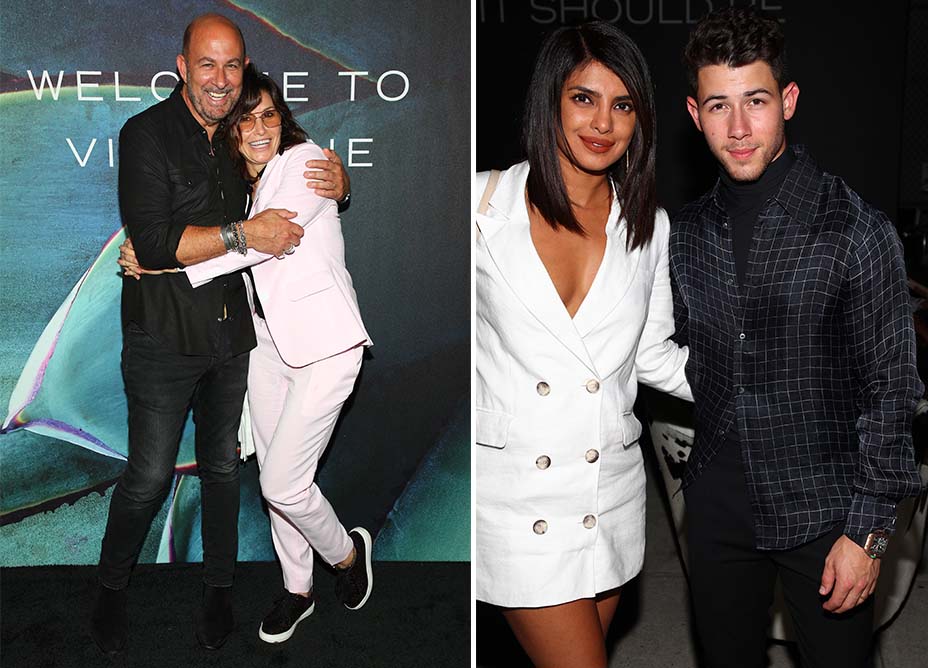 The Jonas Brothers indeed had plenty of reasons to celebrate. On Monday night they took home their first MTV Video Music Award — Best Pop Video for “Sucker” — while Thursday night kicked off with the first of two concerts at Madison Square Garden. And as Thursday ticked into the early-morning hours of Friday, they were on the red carpet at fashion designer John Varvatos’s Bowery Street flagship boutique, which seemed to time-travel to its CBGB origins to celebrate the launch of Villa One, a tequila brand created as part of the ongoing partnership between Varvatos and Nick Jonas.

While the pair talked on the red carpet, Jonas’s wife, Priyanka Chopra — wearing Reformation’s jacket-like Maxwell minidress — slipped into the party alongside Nick’s brothers and their wives: Joe Jonas and Sophie Turner, and Kevin and Danielle Jonas. (Frankie Jonas, often affectionately referred to as the “bonus Jonas,” was not spotted.)

“We’ve just become friends and love working on stuff together,” Varvatos explained to THR of the partnership. “Nick is 26, but he never seems that young when you’re talking to him. I always describe him as an old soul, because he brings such maturity and wisdom to everything he does.” 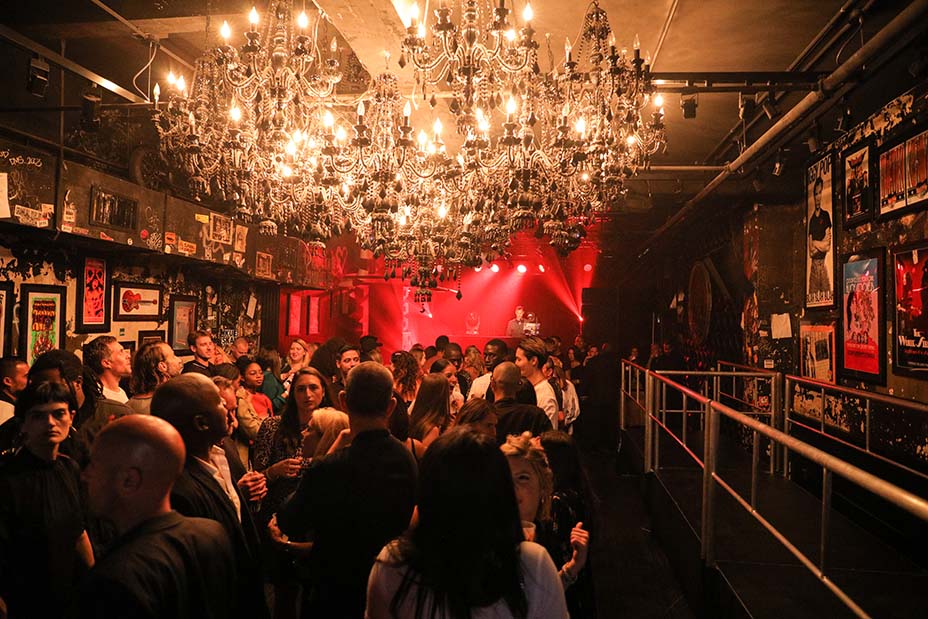 Varvatos and Jonas previously collaborated on a limited-edition capsule collection of leather jackets, knits and other pieces that debuted in spring 2018, followed by a fragrance, both under a label they’ve dubbed JV x NJ. Villa One is the latest extension of that partnership.

“We had thought of doing a tequila, so we went down to Mexico to a distillery run by Arturo Fuentes, the man considered the godfather of tequila,” Varvatos said. “It turned into this really amazing journey and learning experience over five or six months so we could experience every taste and scent in the process of creating a tequila we really loved. It’s a bit like creating a fragrance — you know what you like, and you just have to figure out how to get there.” 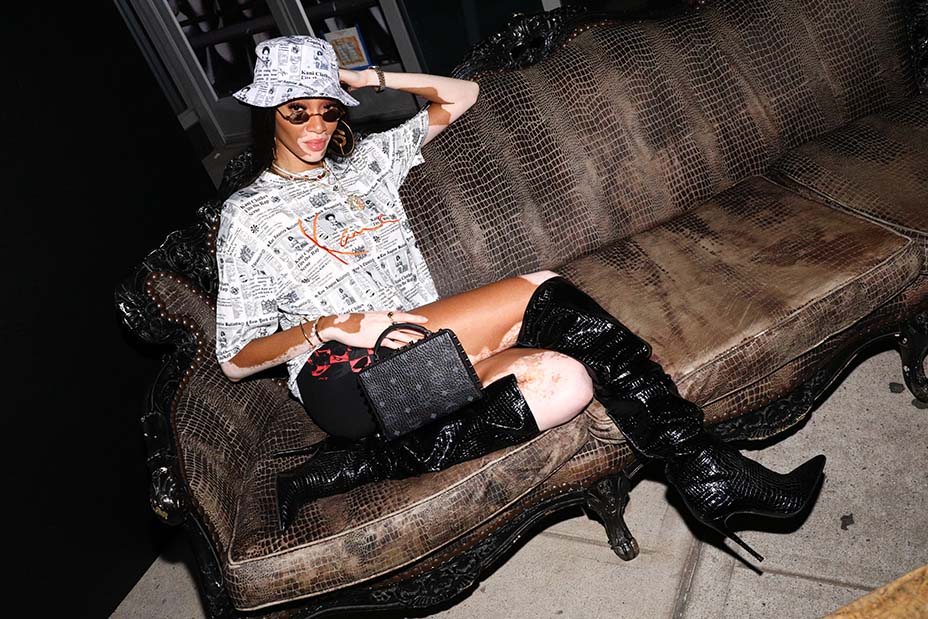 The pair trekked to Tequila, Jalisco, in southwestern Mexico to learn the process at Fabrica de Tequilas Finos, where Fuentes is the master distiller. (The distillery is owned by Stoli Group, the third partner on Villa One.) The result is three types of Villa One, available for purchase in September: silver, a clear tequila bottled immediately upon completion of production; Reposado, a light gold aged for six months in American oak barrels before bottling; and Añejo, aged for 18 months to create caramel notes and a dark amber color.

All three were served up Thursday night for tequila fans, who included Gina Gershon. “It’s all I drink,” the actress said of the spirit. “It’s not just that I love how it tastes; I think it has medicinal properties.” Supermodel Winnie Harlow also was seen amid the crush of guests, and Swizz Beatz performed before Jonas and Varvatos arrived. 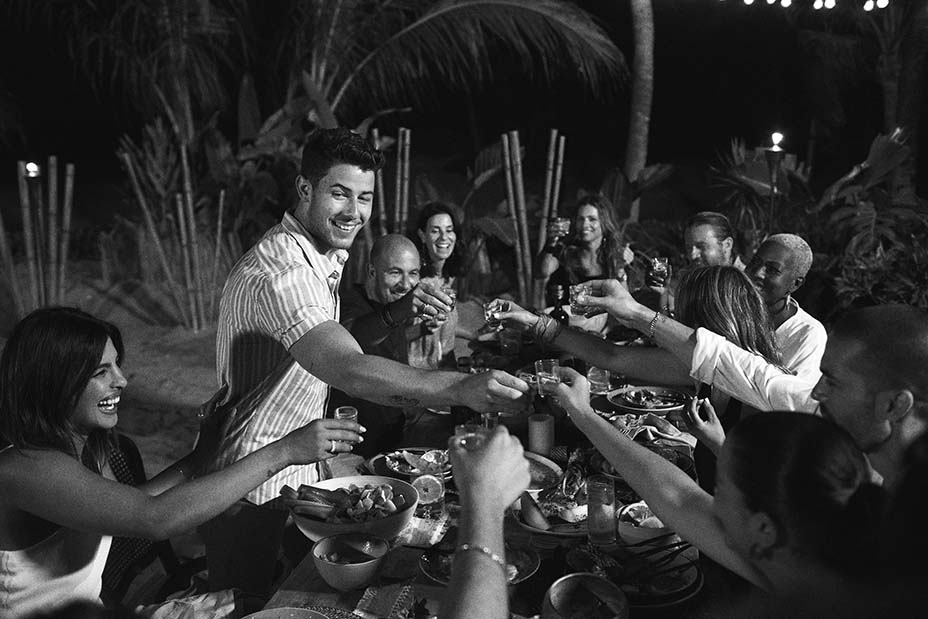 Jonas and Varvatos, together with Chopra and Varvatos’s wife, Joyce, appear in the brand’s ad campaign, a series of black-and-white images shot by photographer Ryan McGinley in Jalisco. The photos depict a party-like vibe in keeping with the catchphrase Varvatos and Jonas conjured for Villa One: “Life As It Should Be.”

“That’s really the essence of the experience we had [while creating the tequila],” Jonas said Thursday night. “You’re among friends enjoying great experiences and memories for a lifetime. Whether we’re onstage looking out at a concert of more than 20,000 of our closest friends and fans or we’re at a party like this, or a dinner, it’s possible to be transported to a state of mind that can’t be replicated. Magical moments that shouldn’t be forgotten — that’s what we want everyone to enjoy.”