After 10 years of planning, Soho House Hong Kong is nearing completion and set to open in early September. Occupying an entire 28-story office tower, the second Asian outpost of the globe-spanning private members’ club is located in the heart of Hong Kong with views of the iconic Victoria Harbour.

Outwardly a nondescript skyscraper in a city full of such buildings, Soho House Hong Kong is located in Sheung Wan, just west of the business district of Central and will feature the company’s signature elements such as lounges, gym, restaurants and a screening room but notably for a building of its size it will not have any hotel rooms. Instead there will be nine floors of the company’s co-working space Soho Works. The Hong Kong house will also have an 1970s-inspired indoor pool, an exhibition space and a new retail concept on the ground floor dubbed The Store, which will stock the company’s own brands such as Soho Home and Cowshed as well as a rotating selection of products from local members.

Tapping into local culture, the company says the design of the Hong Kong club has been inspired in part by the city’s rich film history, and the work of auteur Wong Kar-wai in particular. Local cuisine such as dim sum and baos will feature alongside familiar dining options and a permanent art collection of works from Hong Kong artists will be found across the 28 floors.

Coming on the heels of Soho House Mumbai, which opened in India’s entertainment capital last November, Soho House Hong Kong will be the 25th club worldwide and a key plank in the U.K.-based company’s Asia expansion plans says Nick Jones, the founder and CEO of Soho House.

Despite frustrations in securing the right locations, something Jones admits was a major factor in coming to Hong Kong so late, the company is hoping to use Soho House Hong Kong as a launchpad for other clubs in East Asia, most notably in Shanghai, Beijing and Tokyo.

Jones visited Hong Kong in early June, giving members and some press a tour of the still under construction club. He spoke to The Hollywood Reporter about the company’s plans for Asia-Pacific, including a possible resort in Bali, and gave some insight into how he selected the next city to host a Soho House. 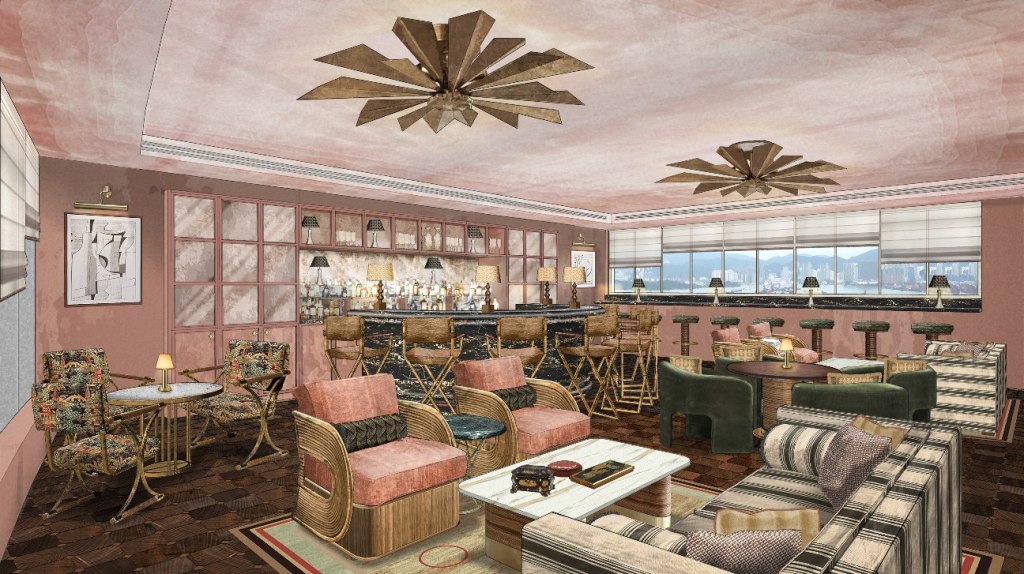 A Soho House Hong Kong has long been talked about, why has it taken you so long to establish a club in the city?

We have been looking at Hong Kong for 10 years, as we were looking for the right space. We wanted to take [Tai Kwun, a colonial-era magistrates building on Hollywood Road]. Whenever I don’t get a building [like Tai Kwun] I always say there’s a reason for it, that there’s something better around the corner and I think that’s what happened [in Hong Kong]. We are in a much better building, for us, somewhere we can add all our toys.

And as far as timing is concerned, we had hoped to open a little earlier. As a company, now we’re bigger and ready for the challenges of Hong Kong. But I also think the timing to open Hong Kong is right. A few years ago it would have been different, but I really do feel there’s a cultural flowering here.

I’ve been coming to Hong Kong a lot, it’s a surprise to me how many people should be obvious members. I used to come here and you had lots of bankers, and that was the impression of Hong Kong, very expatty. I think now there is a very interesting Hong Kong Chinese creative class.

The various Soho Houses around the world occupy either heritage buildings or places with character, whereas this one is an office block. Is it a challenge to transform corporate buildings like this?

The Hong Kong house was originally built as a corporate office. But it’s funny, the club in West Hollywood is an early ’70s office block, and we had the same challenge there. But with those buildings you can do whatever you want inside and, of course, we are going to change all doors on the outside. It is going to feel much less corporate once you walk in and the lobby will have a store. It’s a challenge, of course, but what we get in return is a brilliantly sized building in a great location.

There are no hotel rooms in Soho House Hong Kong, why is that?

We could have waited another year [to have hotel rooms], but the problem of waiting another year meant we couldn’t open the gym and the other stuff. We might do the hotel in another building around the corner. It’s definitely not closed off.

West Hollywood has been open 10 years without a bed to sleep in. Greek Street never had hotel rooms. Of course, if the process had been easier we probably would have had 40 bedrooms and less Soho Works, to be brutally honest, but we were keen to get into Hong Kong. And the main thing about the members in Hong Kong is that they don’t need a hotel bedroom. 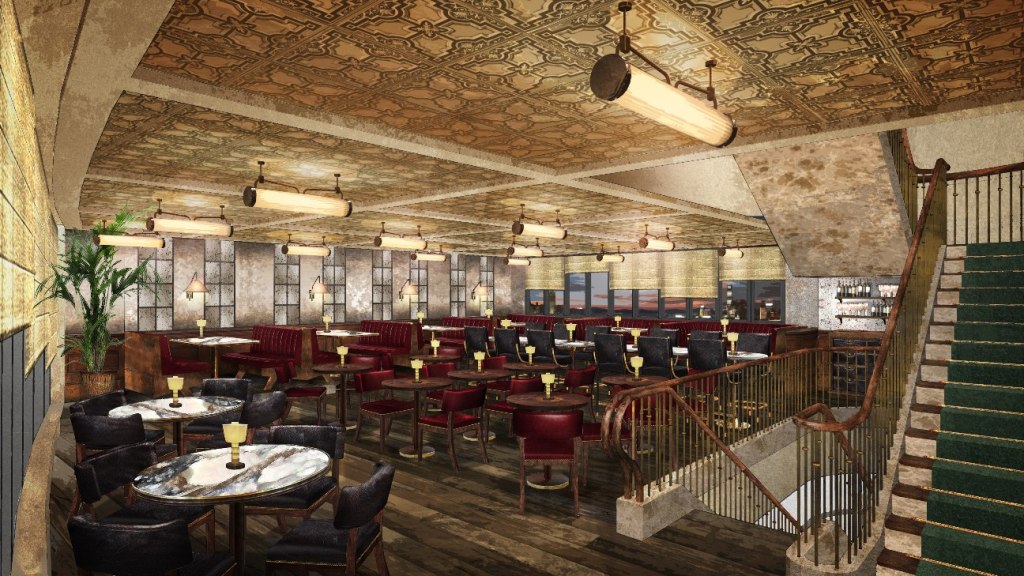 With Mumbai open and Hong Kong opening soon, where else in Asia are you looking to establish clubs? How does the process of selecting a city work?

I wish [the selection process] was sophisticated, but up to now its been my gut feeling. What we do operate now is the Cities Without Houses membership, which works really well in the Asia region. [CWH] gives us proper intel on people, where they are that sort of thing [for location ideas]. It also creates a network for us, linking us up with the right property developer, the right area, the right building.

In Asia, Shanghai, Beijing and Tokyo are all very high on our list, of course. In places like Tokyo, it’s finding the right building. We’re looking in Bangkok. It doesn’t necessarily have to be the obvious places. In America, we’ve done all the obvious cities and now we’re looking at Philadelphia and Nashville and we’re building in Austin at the moment.

We are also looking at Bali. We just became partners in Scorpios, the beach bar in Mykonos, of which we have the majority share. Our chief development guy just got back from Bali, and we’ve found a [potential] site there. If we did it, it would be a Scorpios plus Soho Huts.

We’re nearly there in Australia. One important thing about Australia is that we would do Melbourne and Sydney at the same time. If I’m going that far, I might as well do both places. I don’t want to piss them off, there’s a lot of competition between the two. We learned that from doing Barcelona before Madrid [laughs].

But I really wanted to get Hong Kong open, stick our flag here. It just makes the Asian region much more possible — from Hong Kong everything opens up for us. 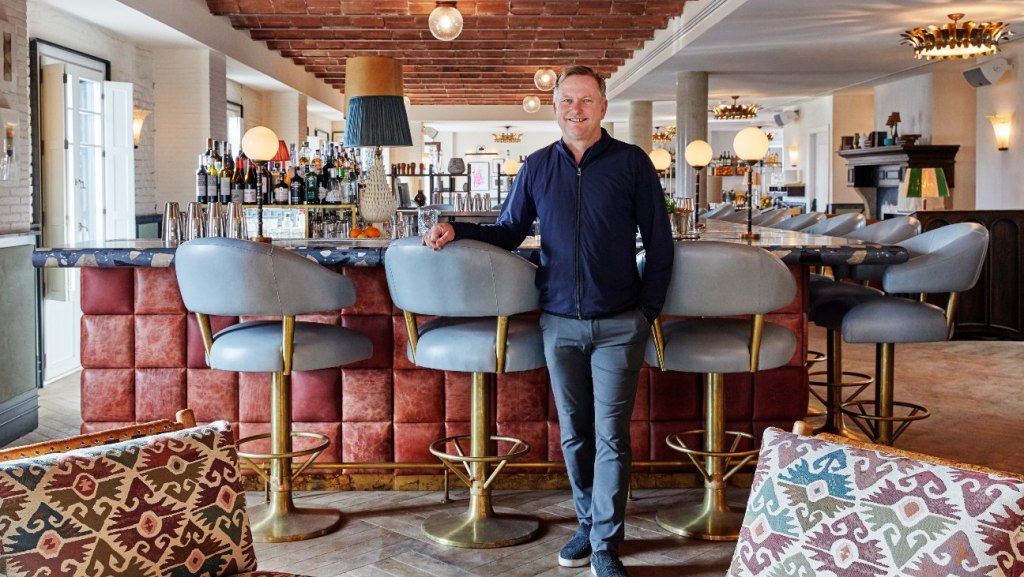 The interview has been edited for length and clarity.

Inside the New Soho House Mumbai