The star of Post Malone (a.k.a. Austin Richard Post) has been meteorically rising. Beyond his musical success, the 24-year-old has made a name for his standout Nudie Cohn-inspired fashion looks, thanks in part to his stylist Catherine Hahn.

Riffing on his Beerbongs & Bentleys album artwork, snake and barbwire patterns have become a Malone signature — featured on his clothes and on two collaborations with so-bad-it’s-good footwear brand Crocs that sold out in minutes last year. His other trademarks are a beer-filled red Solo cup and the :)) double-smiley symbol — apparent in our exclusive e-chat below.

Since May, Malone has been teasing his latest venture — the Shaboink cannabis brand that includes pre-rolls, vapes and flowers, on point with the name of his 2016 debut album Stoney. Following this week’s first official drop of product, his Shaboink natural hemp pre-rolls in a “Posty OG” flavor in collaboration with Sherbinskis (the cannabis brand name-checked by the who’s who of hip-hop),  Malone spontaneously chatted by email with The Hollywood Reporter about his new venture, his style and more. 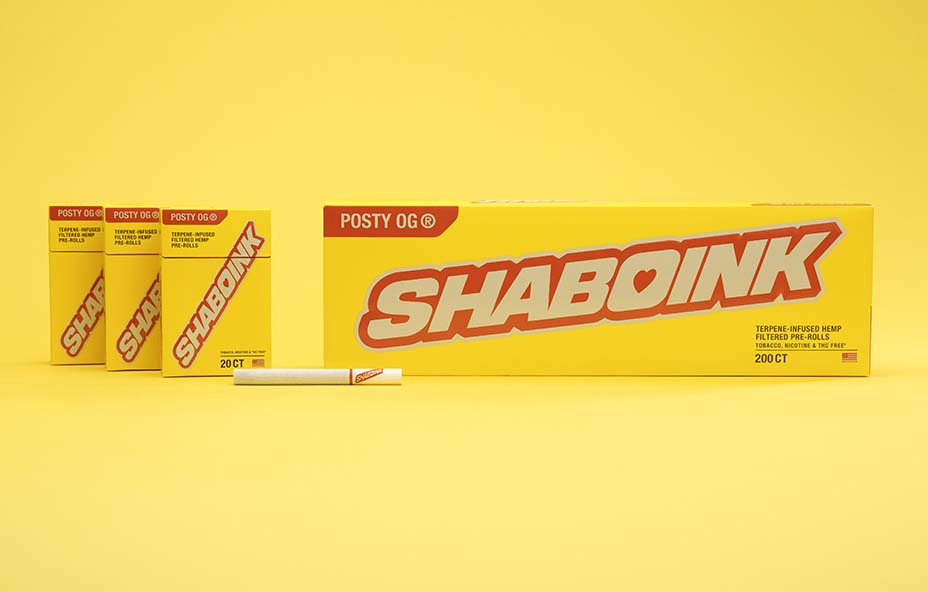 There has been a lot of speculation, so it’s time for the big reveal: What’s the meaning of Shaboink?
“It’s derived from Shaboinky, the sound you make when you jump out and surprise someone,” said Malone, assuming that’s a familiar word and move — apparently an insider thing but much less racy than speculations.

What’s the biggest draw of your hemp pre-rolls, as compared to a cigarette or joint?
“Our hemp pre-rolls don’t have nicotine or any chemicals, so I’d say that’s the first major draw. Also, when you buy these and open them up, the smell and flavor is just incredible. That’s our custom Posty OG terpene blend,” he said, leaving the specifics about the scent and taste of Posty OGs to our collective imagination.

What songs would you pair with Shaboink’s Posty OGs?
“’Garden Grove’ by Sublime, ‘I Can See Clearly Now’ by Jimmy Cliff or any song by Young Thug:))”

What’s your all-time craziest cannabis moment?
“Someone laced a joint, gave me a Jeffrey. What a trip! I went to the hospital. I took a break after that. Listening back to Stoney, you can hear some inspiration haha!”

You’ve been killing it in the style department. Any favorites in your closet?
“Everything custom, like we at the border. I love a good custom suit. My boot collection is top notch. And a nice cowboy hat, some Vans [and] Crocs. Love Tom Ford, Saint Laurent. Big on tactical wear right now:))” 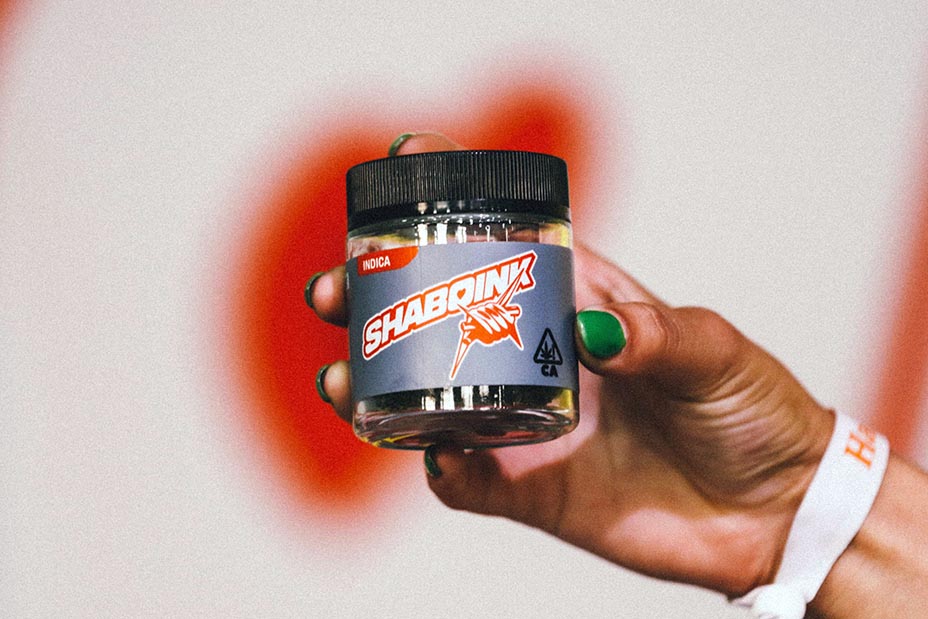