Continue to The Hollywood Reporter SKIP AD
You will be redirected back to your article in seconds
Skip to main content
June 15, 2017 7:47am

Rick Ross and Marshmello are the latest performers announced to join Billboard’s 2017 Hot 100 Music Festival, which will be held Aug. 19-20 at Northwell Health at Jones Beach Theater outside New York City.

This year, the Hot 100 Music Festival will also feature an Emerging Artist Stage featuring performances by 14 of the top up-and-coming artists from the Tri-state area including French Horn Rebellion, Yoke Lore and Surf Rock Is Dead.

The Billboard Hot 100 Festival is produced by Billboard in partnership with Live Nation. Tickets are on sale now. Check out the full lineup below. More artists will be announced soon. 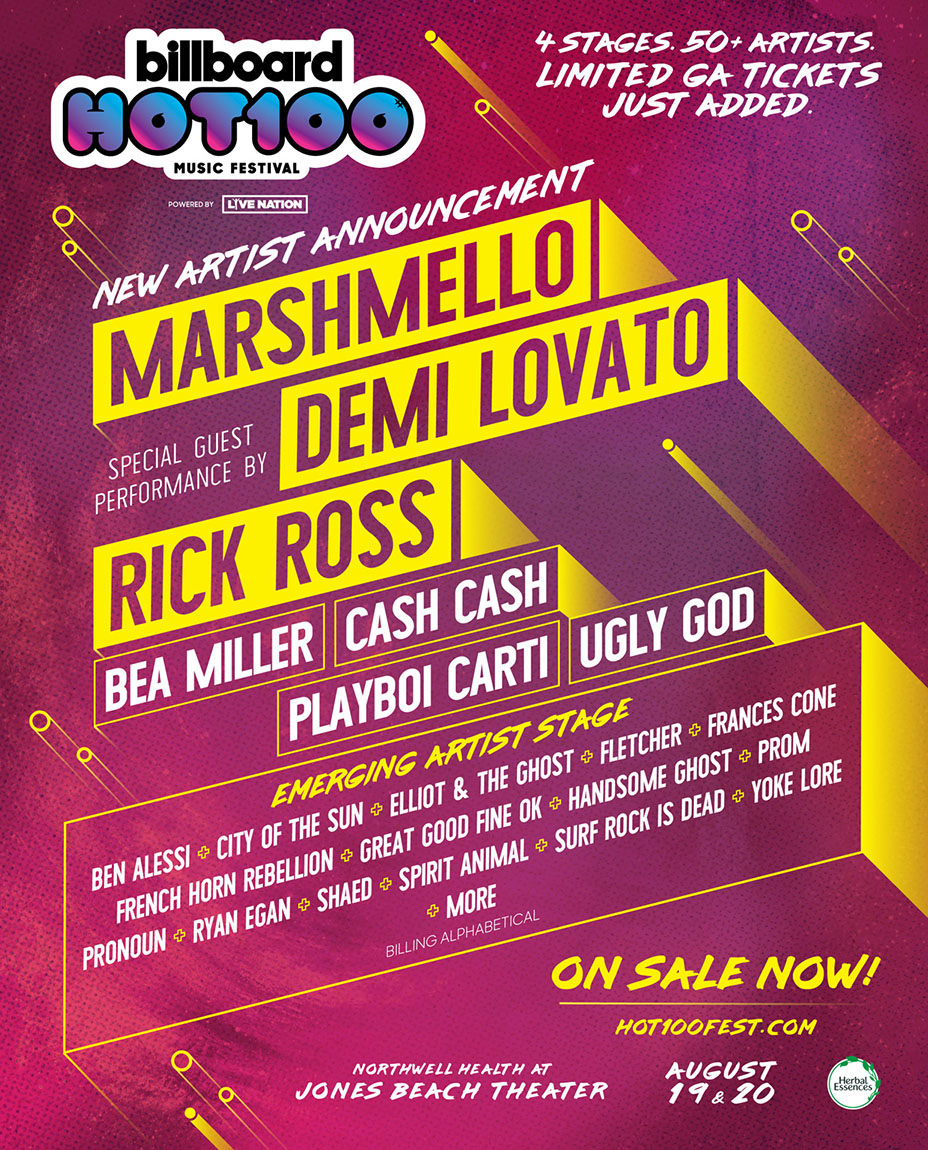