A string of deadly attacks at music events — including the Oct. 1 mass shooting in Las Vegas at the Route 91 Harvest festival — is pushing artists to invest in something most didn’t think they needed: terrorism insurance.

“Now more than ever they are targets,” says Steves Rodriguez, business manager for Fifth Harmony.

Political violence and terrorism (PVT) insurance policies have been available for decades, but they have been a tough sell unless artists are touring in volatile regions like South America or Eastern Europe. But after the killing of 58 concertgoers in Las Vegas that took place while Jason Aldean was onstage; the bombing outside Ariana Grande’s show in Manchester, England, in May; and the 2015 attack on the Bataclan nightclub in Paris, reps are now advising talent to buy the coverage no matter where they tour.

“Not everybody believes it’s necessary,” says Bill Tannenbaum, a business manager who specializes in representing touring artists. “I’m pretty vocal about taking it with my clients, and luckily we had it with Ariana Grande.” The singer canceled multiple stops on her tour after the attack before returning to Manchester for a benefit concert.

Standard nonperformance insurance costs about 2 percent of the artist’s guarantee and pays a claim (usually about 80 percent of appearance fees) if shows are canceled for reasons like illness, injury or natural disaster. A PVT add-on costs about an extra half-percent. 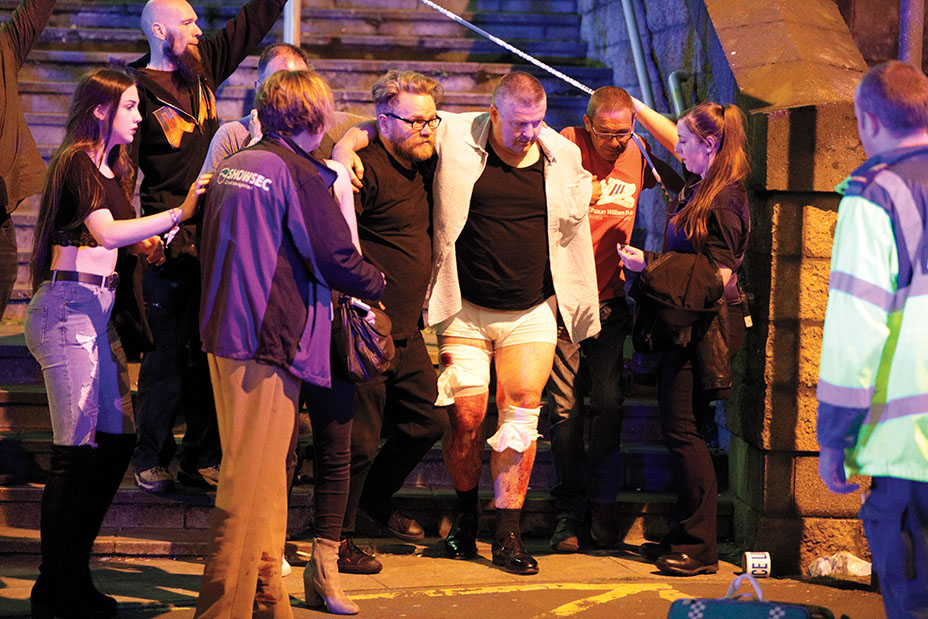 “It’s usually a battle with the artist to buy it,” says attorney Dina LaPolt, who represents Britney Spears and Steven Tyler. “If you get paid a million dollars, all of your tour costs come out of that million. So every penny counts.”

Even the threat of an attack can trigger a claim. “The way [policies had] been written previously is, the threat had to be related to the venue,” says John Tomlinson, who leads the entertainment group of Lockton Cos., the world’s largest privately held insurance brokerage. “We have expanded that language to include threats made to bandmembers,” he says. Policies might also cover a show that is impacted by an attack within a certain time or distance, say within a week of the event or within 50 miles of the venue.

LaPolt says she also tries to add terrorism into the force majeure provision in appearance contracts. That way, in the event of an attack, both the artist and the tour promoter’s obligations are negated, preventing a breach of contract lawsuit.

While no one could truly prepare for a tragedy like the one in Las Vegas, LaPolt says recent attacks have made terrorism insurance more common. “If it’s a big tour and you’re a high-profile artist and you gather tens of thousands of people per show, you have to have it,” she says.

Nor is the need exclusive to musicians: Other live events, like NCAA tournaments and trade shows, are buying coverage. And Orange Is the New Black showrunner Jenji Kohan told THR recently that she took out terrorism insurance on her office building because she expects a show she’s developing about a teenage Jesus to be controversial. 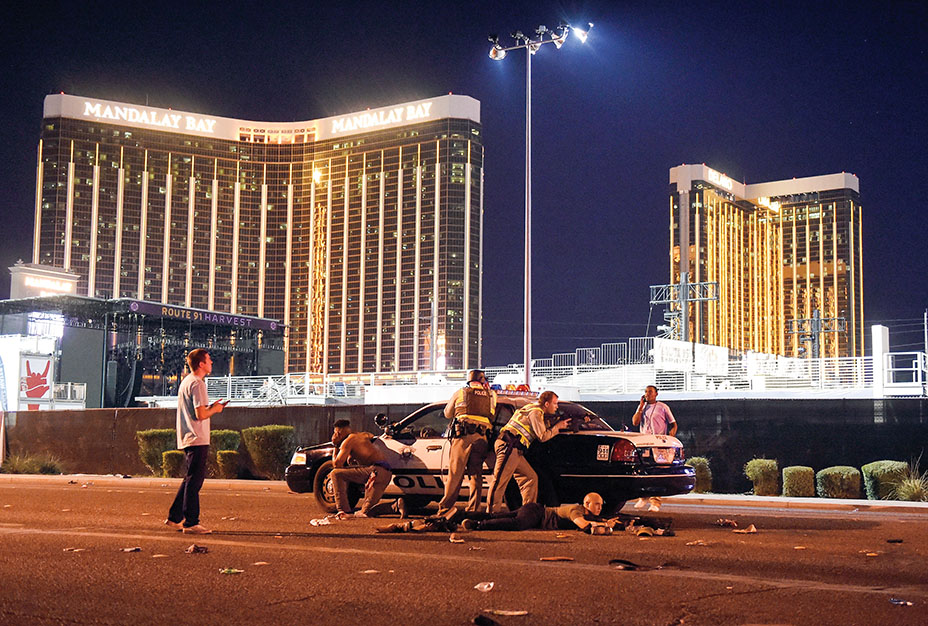 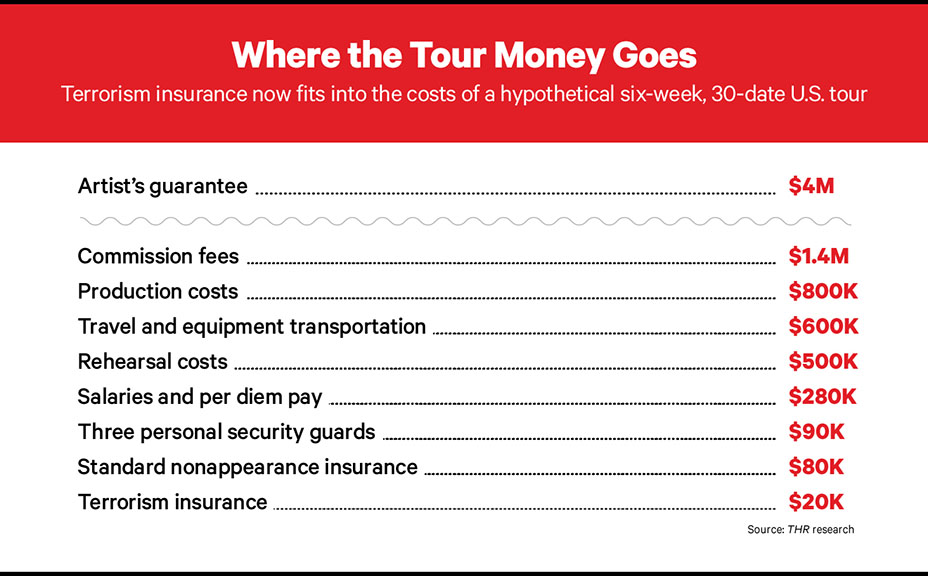