Following a decade as one eighth of the immensely successful K-pop girl group Girls’ Generation — otherwise known in South Korea as The Nation’s Girl Group — the singer has officially embarked on the solo career she’s always dreamed of. After conquering Asia and amassing an international fan base with her bandmates, Young is now determined to make a mark on her own, but in America.

Young’s path to fame began years ago when, at age 15, she decided to pursue her passion for music after her mother passed away. With nothing to lose, she took a chance by moving from her hometown of Diamond Bar, California, to South Korea, just weeks after auditioning for SM Entertainment Co., the K-pop behemoth responsible for grooming Young’s childhood idol, BoA, the undisputed Queen of K-pop. The universe responded to Young’s plea for stardom and she was soon signed to the agency, eventually earning one of the coveted spots in Girls’ Generation, who debuted in 2007.

“It was a dream and that moment still feels like a dream,” Young, who is of Korean descent but only spoke English when she first stepped foot in Seoul, tells The Hollywood Reporter. “At the time, it was all I wanted. I worked so hard to be in the group. Being a K-pop trainee was one of the toughest, but also one of the most rewarding, experiences of my life.”

Cut to 10 years — full of countless awards, sold-out concerts and SM-guided subgroup and solo endeavors — later, and Young went on to make a bold move to end her relationship with SM, considered one of South Korea’s “Big 3” entertainment companies alongside YG Entertainment and JYP Entertainment. Young parted ways with the label in October 2017 when she opted not to renew her contract.

“The original intention was always to be a solo artist,” says Young, 29. “As much as I loved my time in Girls’ Generation — and cherish each and every one of those girls and appreciate the work that we did together — I knew, for myself, that I had to give it a shot here in the U.S.”

An American crossover — essentially a homecoming for Young, who now lives in Los Angeles — is appealing on multiple levels, she says. First off, the aforementioned BoA, Korea’s answer to Britney Spears and Young’s first introduction to K-pop, made a successful attempt to win over American audiences in 2009 with her self-titled debut English album and subsequent stateside performances.

“I want to do the same. BoA is one of the pioneers of K-pop, the reason it’s so massive on an international level. She was brave enough to bring it to America and I thank her for that every single day,” says Young, who is now on casual speaking terms with her idol and former labelmate. “I’m glad that I can tell her personally how grateful I am. And she supports me, which is an awesome feeling. She not only paved the way for me, but for so many other Asian artists to find success here in the States.” 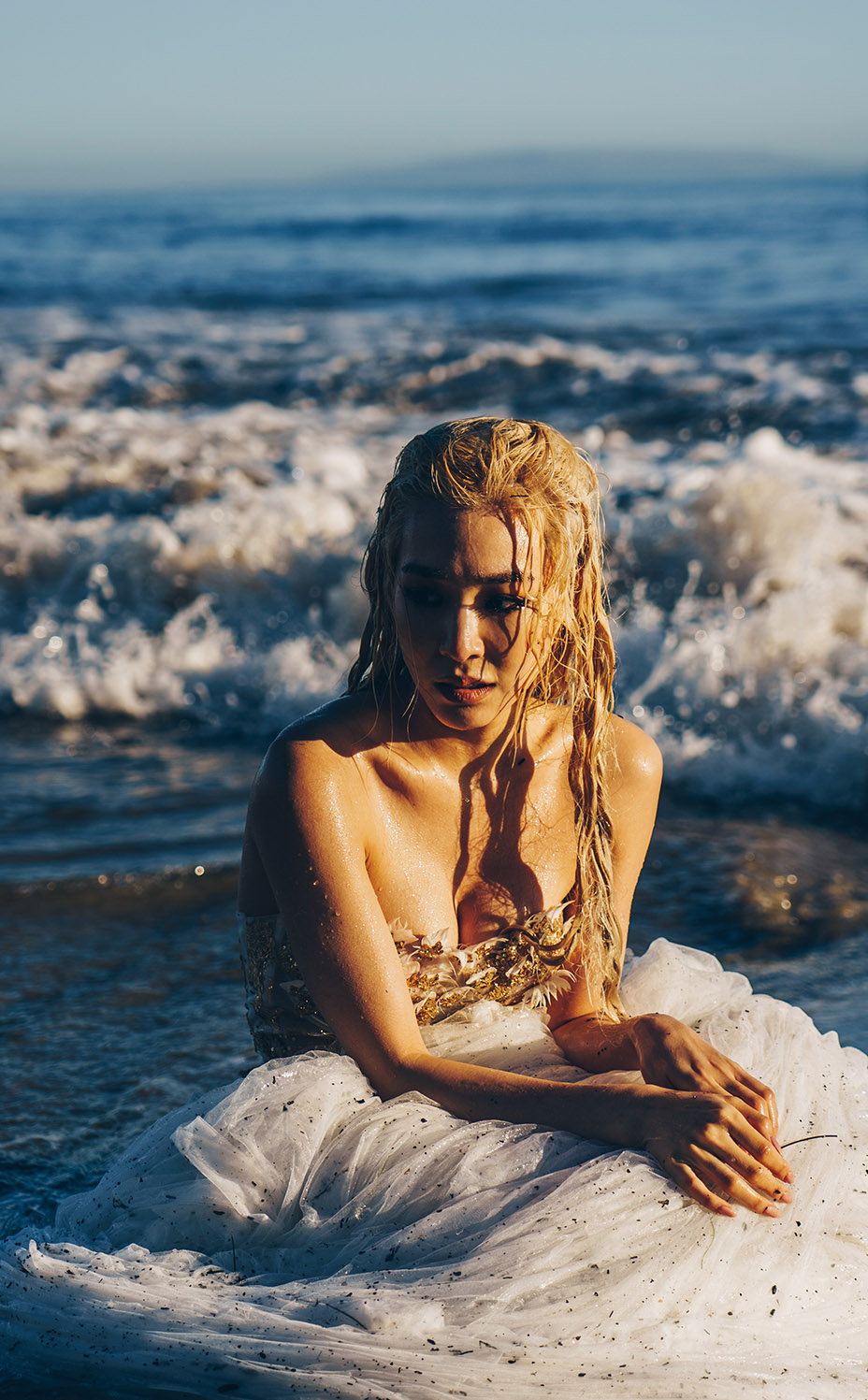 While BoA’s encouragement certainly inspired Young to venture forth, the most attractive part of breaking out on her own was the idea of having complete creative control — a rare commodity in pop music, but especially within the K-pop community. More often than not, K-pop executives have a say in every aspect of a performer’s career and image, from the songs they cut to the color of their hair.

Now, signed with California’s Transparent Agency, Young is in the driver’s seat. “This type of freedom is a privilege,” she says. “I’m not a little girl anymore. I’m a woman now and I’m calling all the shots. I know what I want, how I want it and who I want to be a part of this new era with me.”

This era in Young’s career is solely her vision, she tells THR. Earlier this month, she signaled the impending release of her latest single, “Born Again” — a glittering paean to one’s self-renewal — from her forthcoming EP, Lips on Lips, by wiping her Instagram clean and then treating fans to a jarringly different, albeit stunning, new look. Gone was any trace of the girlish charm Young displayed in Girls’ Generation or the soft, wispy bangs she wore in the music video for her previous one-off solo single “Teach You.” Instead, the 2019 version of Young sports long platinum locks, as seen in her ethereal “Born Again” visual (which has garnered nearly 2 million views in its first week of release), and she even sometimes wears a crown.

“I’m straight-up Khaleesi these days. I feel like a queen,” Young says with a laugh, noting that her late mother’s favorite singers, Annie Lennox and Madonna, have heavily influenced her current look and sound. “I’m experimental AF right now, but I’m also feeling fiercer than ever. This just felt like the right mood. Dark, edgy, romantic, raw. I’m just feeling liberated. This is my most honest and authentic self.”

Indeed, Young has never been more transparent in her life. Spending her formative years in an environment that valued perfection above all else, Young was conditioned to keep quiet about her personal life which — up until recently — wasn’t known to be marked by major turmoil. Young is one of several stars to be embroiled in the “Debt Too” scandal, a movement where South Korean celebrities are being taken to task for debts owed by family members. In Young’s case, it was her estranged father whose financial drama and fraud allegations forced her to open up about the matter in public.

“I’m still reprogramming myself how to speak but having to address the family issues that I’ve gone through opened up the door for me to share every part there is to me. I haven’t spoken to my father in eight years. That’s part of who I am and not feeling ashamed to reveal my truth is really a rebirth for me. Ultimately, it’s what inspired ‘Born Again,'” she says of the track she crafted alongside producer Fernando Garibay, who has helmed hits for Lady Gaga, Kylie Minogue and Enrique Iglesias, among others.

Adds Young, “There was struggle behind the smile throughout my career and finally being able to talk openly about it has led to this amazing phase in my life and in my career, a necessary expression for me as an artist. It’s like therapy.”

Now that she’s discovered just how crucial authenticity is to her own work, Young can’t help but applaud the recent shift in K-pop culture, which sees some of today’s top artists speaking out about once stigmatic topics. “I’m honestly amazed,” she says. “It’s incredible.”

Following the 2017 suicide of SHINee boy band member Kim Jong-hyun, supergroup BTS candidly discussed mental health, a relatively taboo subject in Korean culture, and offered words of support to those suffering from depression — which several members admitted to feeling during their rise to fame — in a cover story interview with Billboard last year. Historically, dating and speaking openly about romantic relationships has also been considered out of bounds for K-pop idols, who are pressured to appear innocent and desirable all at once. However, in a rare move, YG Entertainment confirmed late last year that Blackpink member Jennie is dating EXO’s Kai.

“It’s a different time. It’s about having a voice. You can’t always be manufactured, and I think it’s a great time for this to happen in today’s climate when the younger generation is so outspoken,” says Young. “In K-pop, you may think you’re doing something wrong, only because that’s what you’ve been taught. But there is no such thing as ‘wrong,’ as long as your heart is in the right place.”

Plus, as Young puts it, “We don’t want to be robots. We’re all just young artists who want to make music and, most importantly, we’re human beings. We all have something to say that we’d like to share with our platform and with our music.”

Even though this kind of freedom may seem insignificant to those unfamiliar with K-pop, Young assures that it’s a “big step” in the right direction. “I’m hopeful that the K-pop industry as a whole is changing for the better in that regard because you can’t fake art. Art needs to be true to you no matter what and that’s why it’s important for us to always speak our truth.”

“My own truth,” Young says, is laced throughout her next project, a North American tour to accompany her Lips on Lips EP, which kicks off March 3 in Toronto. “I want to make it an experience for anybody who comes and watches, to see my metamorphosis as an artist. I want to make you move through my songs — not just physically, but emotionally. Like my lyrics say, I want you to feel ‘Born Again.'” 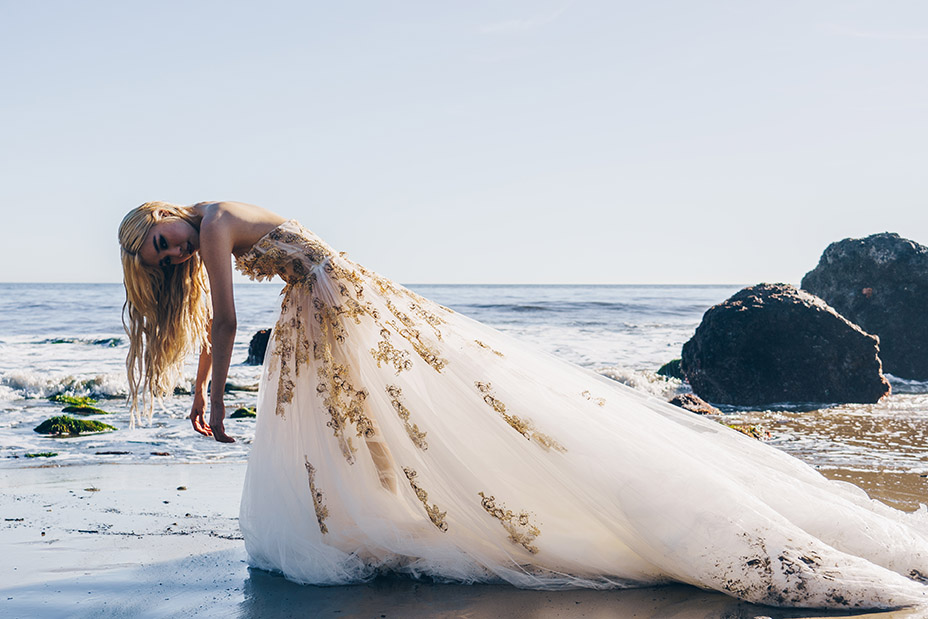 How K-Pop Superstars BLACKPINK Are Rewriting the Girl Group Narrative