Police in Beverly Hills and Los Angeles have readied for any unrest that may result from Tuesday’s election.

Beverly Hills in particular as of late has been a hotbed for violent clashes between Pro-Trump and anti-fascism groups.

Foremost, all officers and command staff will work 12-hour shifts, no days off for the week. The department is also partnering with the Santa Paula Police Department’s SWAT team for the week. There is also a partnership with 80 armed security guards to provide extra protection to the residential area of the city as well as the business area.

Rodeo Drive will be closed starting at 11:59 p.m. on Monday, police said. It is unclear when it might reopen. From that point, there will be no cars or pedestrians allowed. Several businesses on Rodeo and in surrounding neighborhoods have boarded up shops. In addition, the city has placed fences around some public statues. 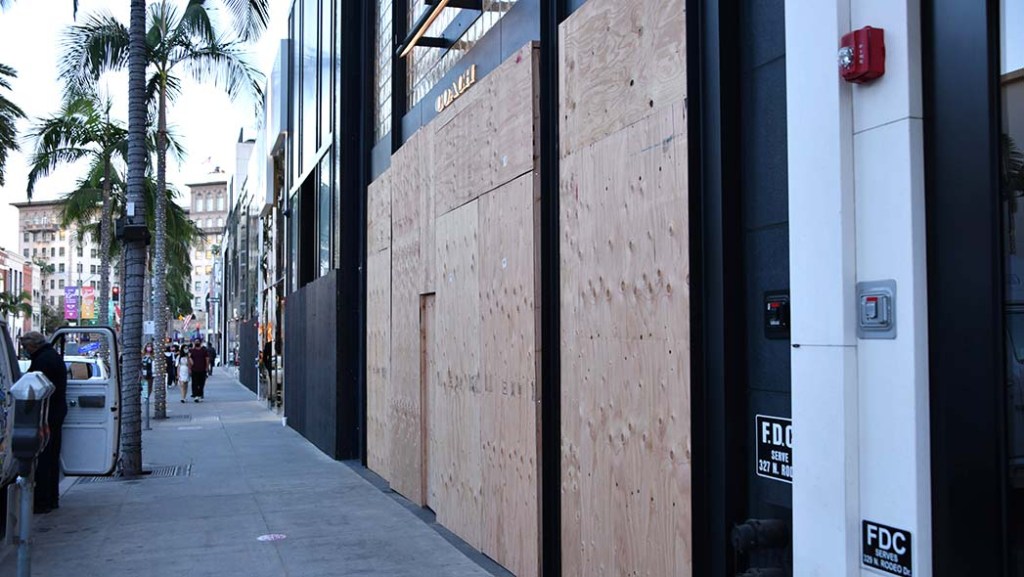 Los Angeles Mayor said the LAPD will also be out in full force all week.

“We are very prepared for the election, but at the same time I don’t want to buy into a narrative that there’s going to be chaos during our election,” he said during a virtual press conference last week, ABC7 reported. “We prepare for the worst, but we are hoping and expect generally the best. There may be individual instances, we’ll see some stuff around the country, but don’t let any of that change the narrative of you, your right to vote.”

He also noted voter intimidation will not be tolerated. “Law enforcement isn’t and oftentimes by law allowed to be right at an election site, because … that’s not the sort of country we live in,” the mayor said. “But they are available to protect our rights when we need them should anybody through violence or other means try to take that away.”

Around 3 p.m. on Tuesday, Los Angeles police announced the department had gone on a citywide tactical alert. “The LAPD has declared a citywide tactical alert to ensure sufficient resources to address any incidents that may arise as a result of Election Day activities, but is not a result of any specific incident. The Department is committed to ensuring that adequate resources are available to ensure all Angelenos are able to safely vote without interference. The Department will continue to assess the needs to maintain a tactical alert based upon the needs and state of the City,” the department said via Twitter.