Former President Bill Clinton’s speech at the Democratic National Convention on Tuesday night was certainly memorable, but so was his appearance.

Clinton, 69, looked leaner, younger and more refreshed than ever, as if he had experienced a Benjamin Button moment—aging backward, albeit very subtly.

While we don’t know if, or to whom, Clinton turns for any possible nips and tucks, we had some experts weigh in on whether they think his improved look is the result of makeup, fillers, surgery or all of the above.

“It was pretty remarkable,” said Dr. Joubin Gabbay, a plastic and reconstructive surgeon in Beverly Hills who does not treat Clinton. “The one thing about Bill Clinton’s history in the past five to ten years is what a downhill turn his face has taken, mostly due to weight loss. And I think he has developed the nose condition rhinophyma, in early phases, where the skin sags. Certainly, last night, all that changed.”

What stood out to Gabbay was Clinton’s tighter, smoother facial skin and more contoured jaw line, which the doctor attributes to facial resurfacing as well as a likely face lift and neck lift.

“He [also] might have had fat injected into his cheeks, to bring back volume, lost in time, and I think he had a judicious use of Botox,” said Gabbay.  “I went back to pictures from 2015 as a comparison, and he had significant crow’s feet [then] that he no longer has. Horizontal, forehead lines are still there…That’s such a part of his natural expression, they probably said, ‘We’re not going to touch that.’ But furrow lines were more relaxed and less intense.

“He looked rejuvenated, not freakish, not like Kenny Rogers, who has become the standard for bad plastic surgery, but like a better version of himself,” said Gabbay.

“The lines on his forehead and around the eyes are gone; he appears to have had Botox in his forehead, in the 11s [between the brows], and in the crow’s feet,” said Sobel, who does not treat Clinton.  “The bags under his eyes are gone, so he probably had the fat pads removed. And the lines from his nose to his mouth are gone, as are the ‘marionette’ lines from the corners of the mouth to his chin. A filler such as Radiesse or Voluma in the cheek area would correct this.”

Tim Kaine and the Internet Obsession With Dad Culture

“I’ll tell you exactly what it is,” said Beverly Hills plastic surgeon Lawrence Koplin, “He’s had his eyelids done (blepharoplasty), both uppers and lowers. I was not his surgeon, but I can absolutely guarantee you that ‘the eyes are the prize” here. Extra fat and skin have been removed from both upper and lower eyelids. The lowers now actually look a bit hollow to me, which means the technique was likely ‘fat removing’ rather than the more state-of-the-art technique of moving fat pads down to fill the hollows below them, which would have addressed the hollowness as well as the puffiness.”

“It looks like he does have a lot of makeup on, but his skin looks good as well,” Koplin continued. “ It’s also possible he’s had something like an IPL (Intense Pulse Light therapy) photofacial.“

Unlike Sobel and Gabbay, Koplin didn’t notice any signs of filler or a face and neck lift. 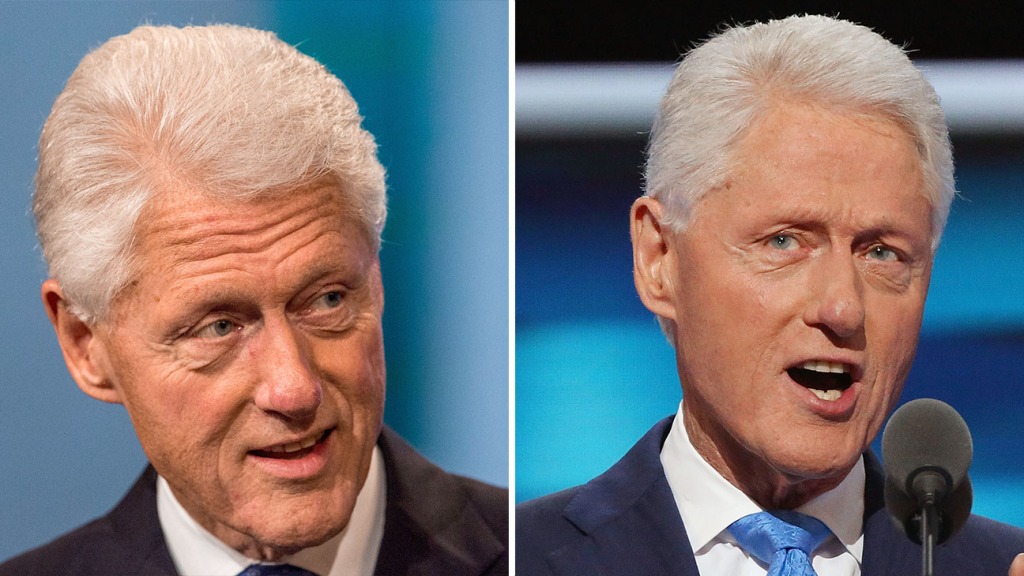 “I don’t see fillers or natural fat transfer, my specialty, going on,” said Koplin. “The face looks naturally thin and moves as such. He has not had his face or neck done. I like the way he looks.  He’s also lost a lot of weight and looks very fit [if not] a bit frail to me.”