Cher, Jon Stewart, Lena Dunham and other celebrities who have promised to leave the country if Donald Trump is elected president were lampooned Sunday on fake billboards that are sure to get a rise out of a real estate agency that is very popular with the rich and famous.

Some of the ads feature an image of Trump as a realtor on one side while on the other side is a picture of one of the offending celebrities. “Moving to Canada election day sale: For sales information contact Sotheby’s agent Donald Trump,” reads the text.

There’s also a phone number and a website, GTFOOH.today, which prolific street artist Sabo told The Hollywood Reporter stands for: “Get the f— out of here today.” (The plan is for satirical content at the website while the phone number is actually to a Beverly Hills art gallery that is temporarily closed).

The faux advertisements were plastered all over bus-stop benches in Pacific Palisades, Brentwood and Beverly Hills. The ads also appeared on yard signs one would typically see in front of homes that are for sale. All of the false ads that were peppered throughout some of the fanciest portions of Los Angeles on Sunday are based on real ones from Sotheby’s International Realty.

“I swear to God, you give these people a platform and they bash you over the head with it every time,” said the conservative street artist.

“Half of Hollywood is moving to Canada if Trump is elected. Not much of a threat when you consider so much of the movie industry has already made their exodus in that direction due to the socialistic mess they’ve made of California,” said Sabo.

“And by the way, why the hell aren’t these people moving to Mexico?” he added. “Too many short, brown people for their liking down there? Not white enough? I created these mock Sotheby’s bench advertisements to help them along their way, letting people know their homes are on the market.”

Critic's Notebook: One Final Political Push on the Sunday Morning Shows Before It's All Mercifully Over 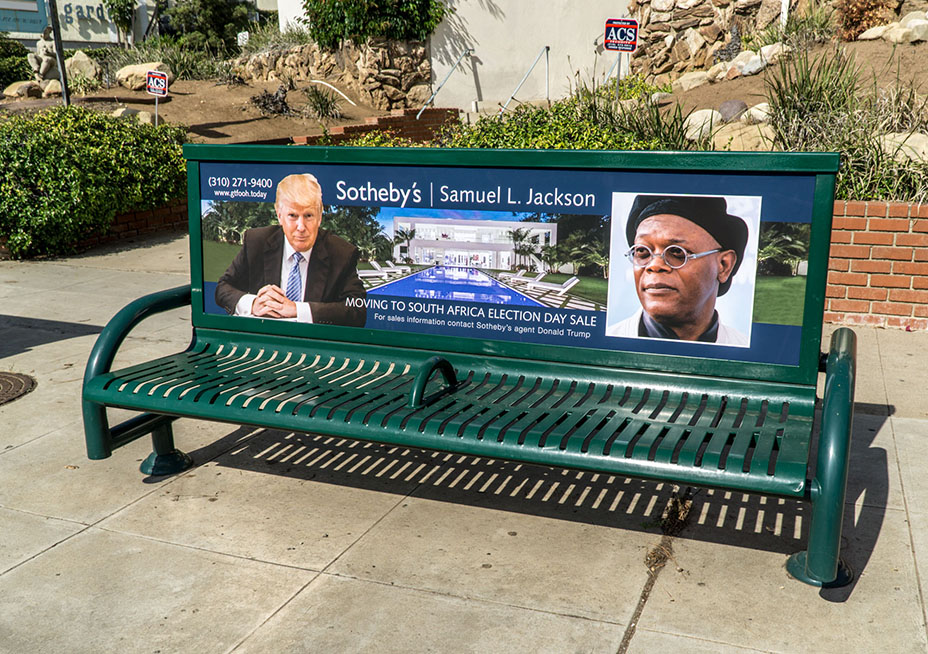 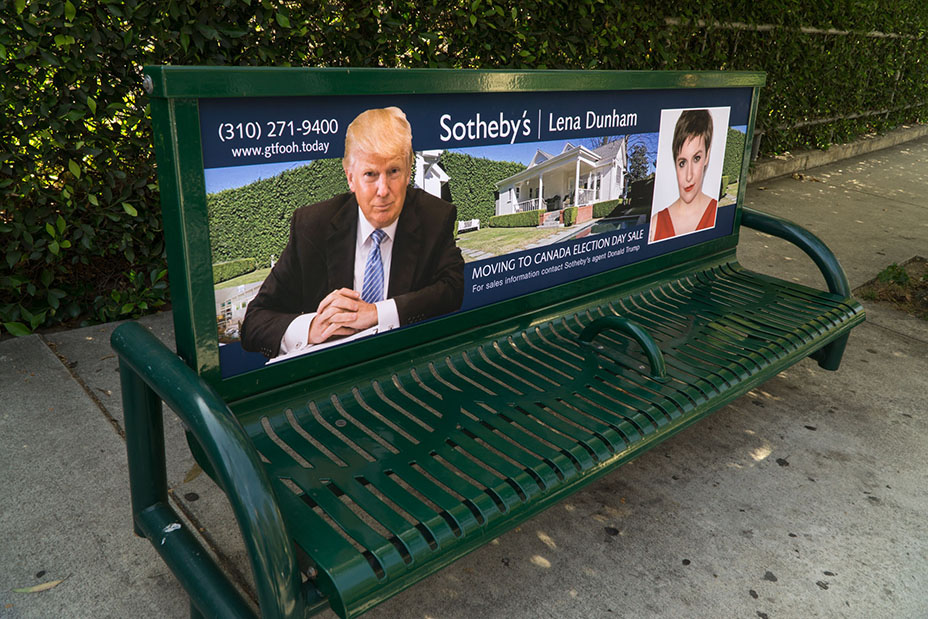 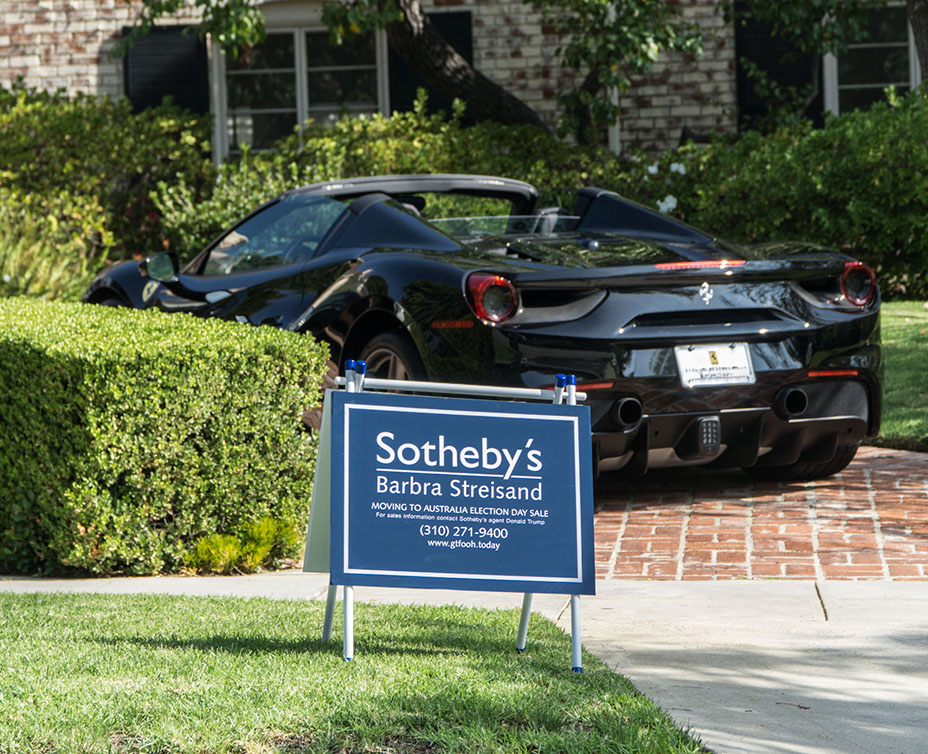 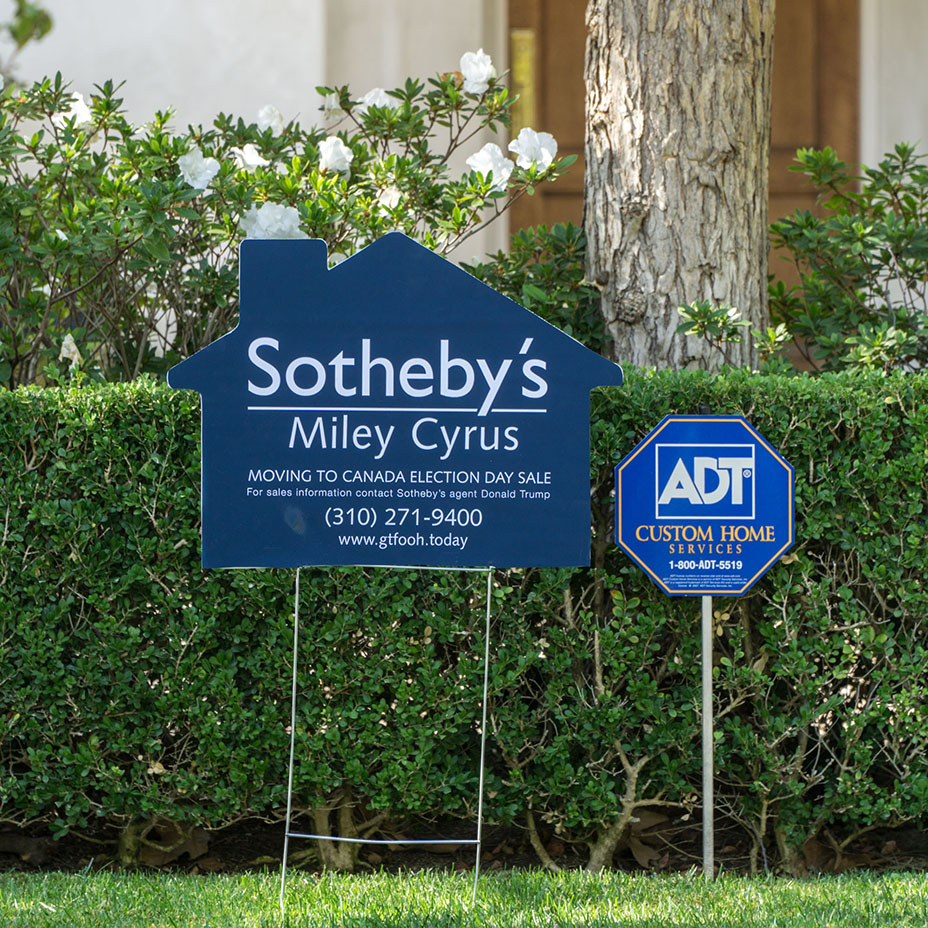 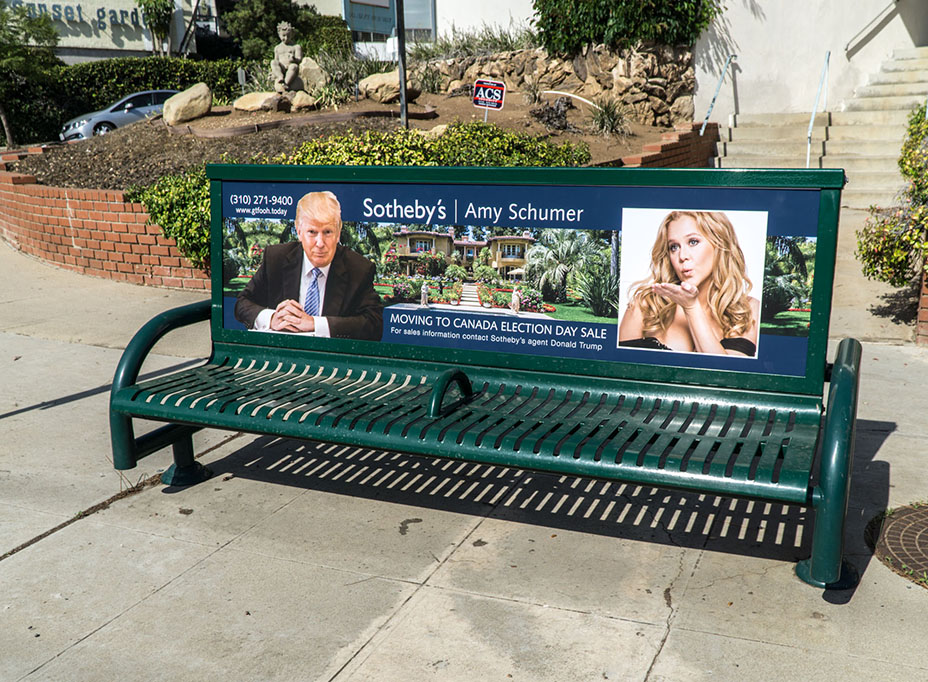 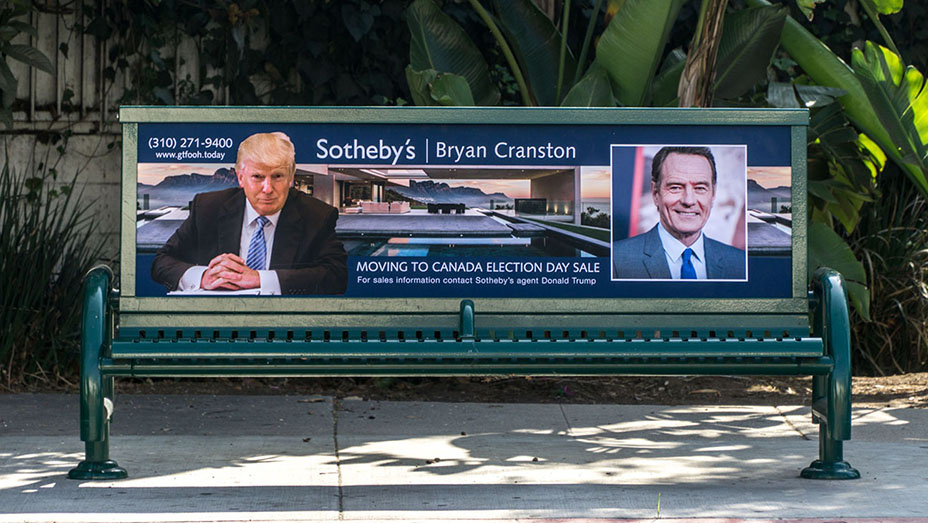 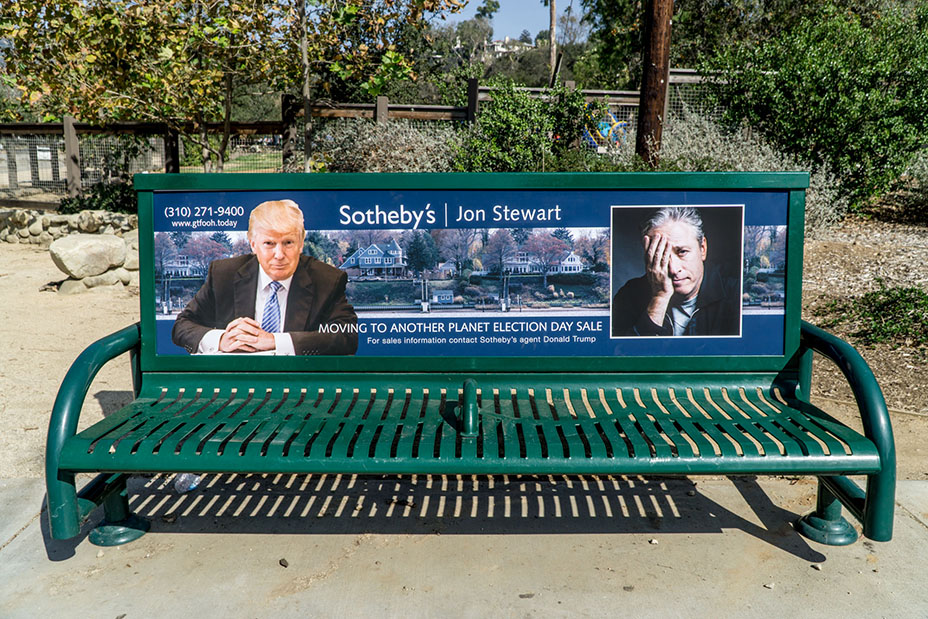