Continue to The Hollywood Reporter SKIP AD
You will be redirected back to your article in seconds
Skip to main content
November 2, 2016 5:29pm

A conservative street artist known for lambasting Hollywood liberals and using movie and TV parody to bash Democrats is at it again, this time defacing billboards that advertise Twitter and encourage its users to vote in the presidential election on Tuesday.

The Twitter billboards contain a hashtag, the company logo and a closeup photo of either Hillary Clinton or Donald Trump. 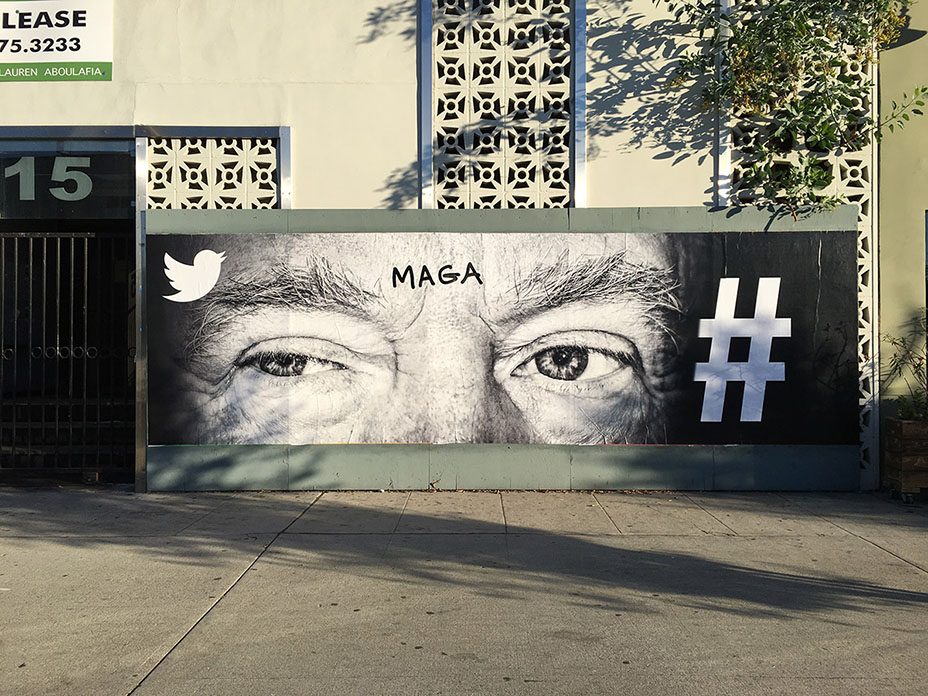 “MAGA” is an acronym for “Make America Great Again,” Trump’s well-known campaign slogan, while “Lolita Express” was the nickname given to disgraced financier and major Democratic donor Jeffrey Epstein’s private jet, upon which Bill Clinton is alleged to have flown many times.

“We know the accusations against Bill Clinton, we know what kinds of pictures Anthony Weiner sends to young girls, and it all just came together,” Sabo told The Hollywood Reporter. “There’s a whole pedophile ring within the Clinton circle.”

Sabo says he hit up only a few of the Twitter billboards before his escapades were cut short by an intruder and an accident with a pocket knife he keeps for protection.

“It’s not uncommon for gang-bangers and other graffiti artists to come by. I don’t carry a gun, but do have a knife,” he said. “A car parked near me and trained its headlights on me for like an hour. I took out my knife and when I closed it, I sliced the hell out of my finger. The whole paranoia thing kicked in so I left.” 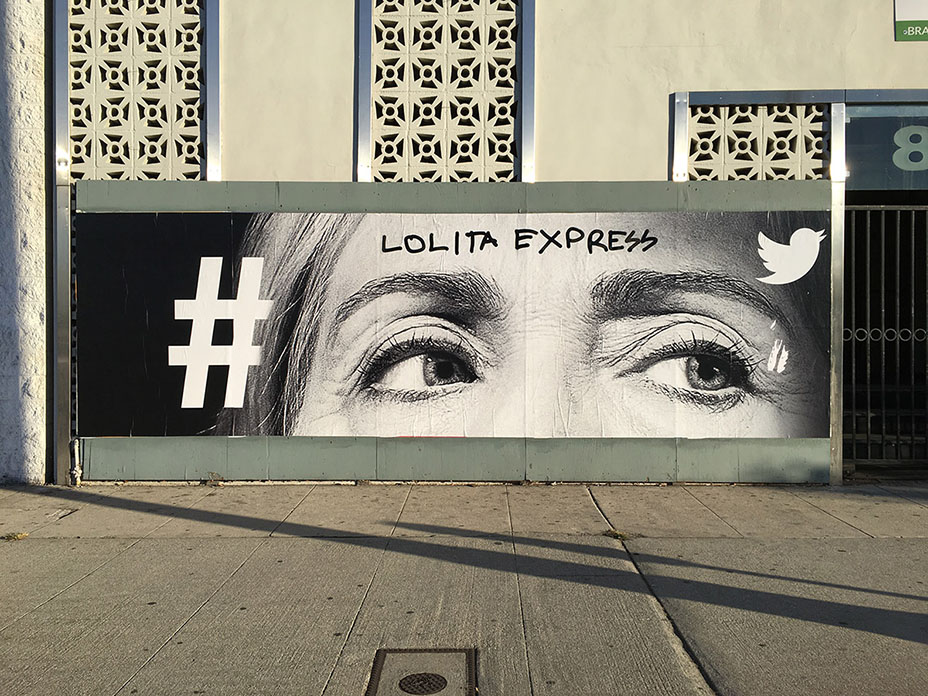 Twitter launched its campaign a few weeks ago in New Jersey, then widened it on Tuesday, one week before the election.

Beyond the hashtags over images of the two candidates, other Twitter billboards also feature hashtags over images related to this year’s election, including a bunch of handguns, a polluting factory, a wall, a rainbow flag and polar bears floating near windmills. There’s also one featuring a picture of Alec Baldwin playing Trump on Saturday Night Live. 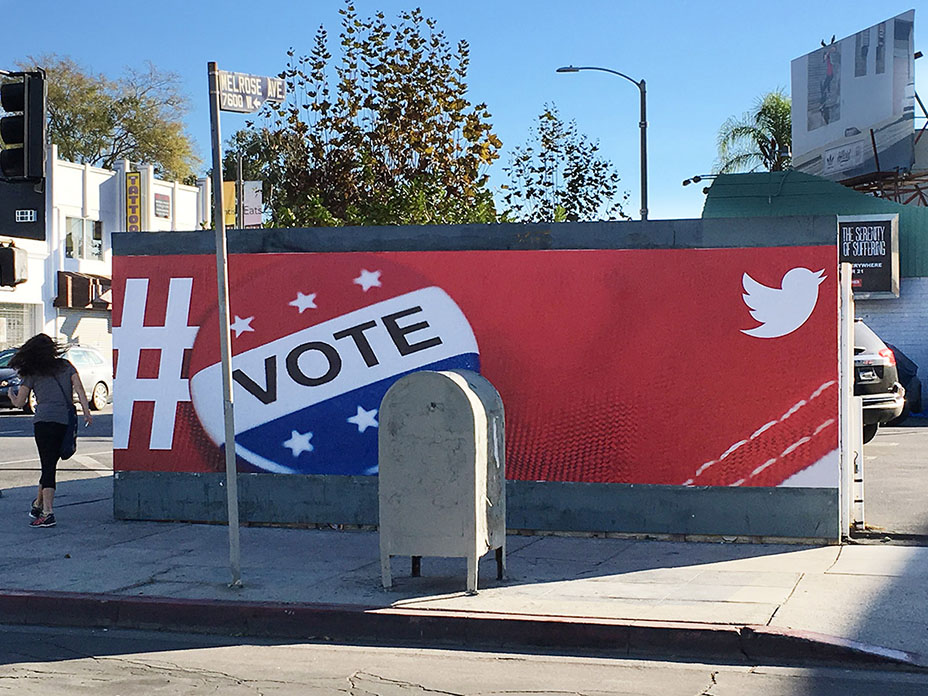