Continue to The Hollywood Reporter SKIP AD
You will be redirected back to your article in seconds
Skip to main content
October 10, 2016 11:55am

The town hall–style presidential debate on Oct. 9 created some of the most cringe-worthy moments in recent memory, in part because of the less strict format, which involved candidates walking around and engaging with each other (minus the customary opening handshake) and audience members. Who can forget the 2000 debate in which Al Gore seemed to try and intimidate George W. Bush by aggressively staring him down and intruding into Bush’s personal space? With the range of body language that is visible in a town hall and the current contentious election cycle, it was no wonder that gestures between Donald Trump and Hilary Clinton were particularly revealing and hostile. Says body-language expert and author Dr. Lillian Glass, Ph.D., who counts Melanie Griffith and Sean Connery among her clients: Both Trump and Clinton “were furious, but took out their anger differently.” 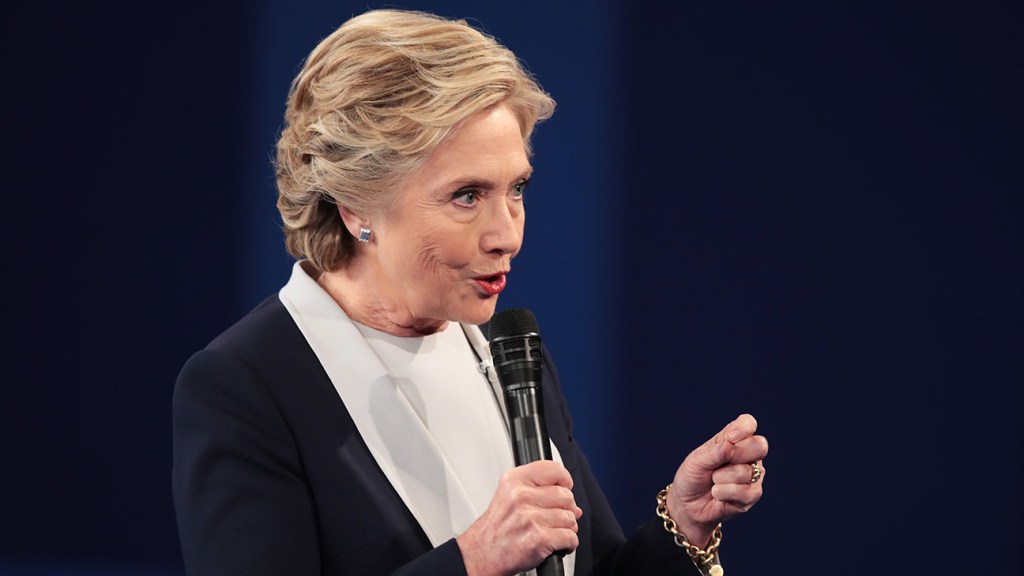 In general, Donald Trump was more verbally accessible and easier to listen to as Clinton seemed to be speaking in rehearsed rhetoric. She gestured mechanically and used many “phony” gestures, says Glass, like the three-finger pinch. In comparison, Trump seemed more natural and spontaneous. 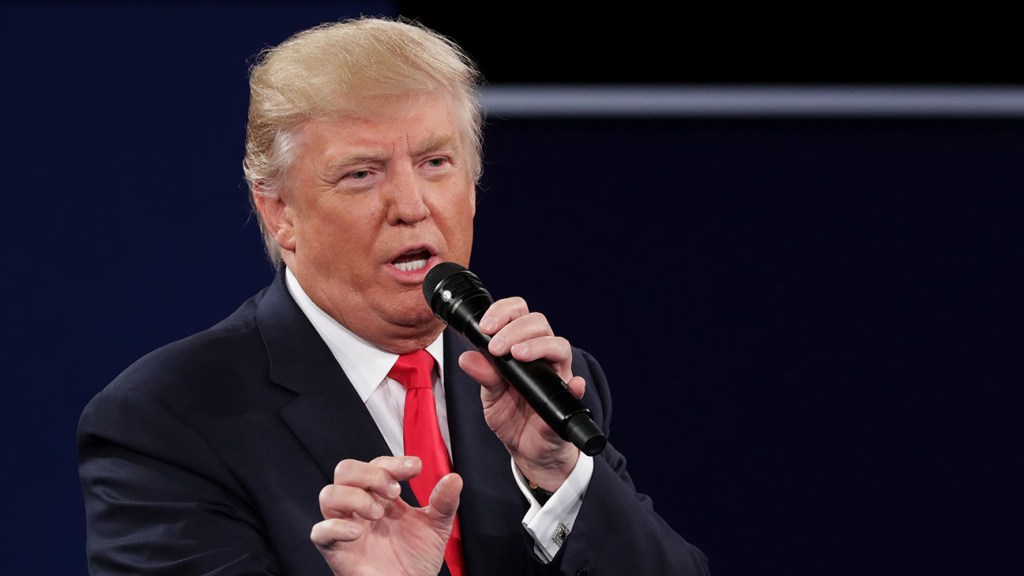 When Trump was angry, he sniffed loudly, paced aggressively and breathed heavily through his nose, much like a bull does when provoked. The sniffing or audible nasal breathing probably oxygenated him and helped him maintain control and keep his cool, says Glass. More of an open book than his opponent, Trump is more genuine and transparent emotionally, adopting a furrowed brow, wrinkled forehead and pursed lips when upset. His skin tone even changed to a red color.

When Clinton felt uncomfortable or was under attack, she smiled in a more passive-aggressive manner, even when Trump announced: “You should be in jail.” Not a sign of amusement, the smile is tight-lipped and tense, a coping mechanism, says the body-language expert. 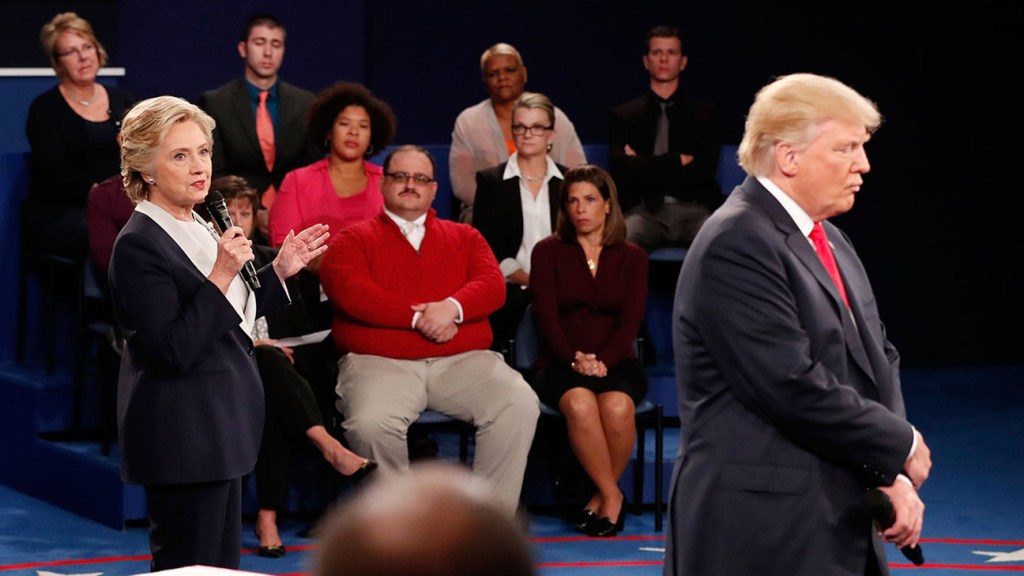 While expressing embarrassment for what he said in the released Access Hollywood video about women, Dr. Glass says Trump showed humility with rounded shoulders, arms crossed in front of his stomach and a softer voice and tone (though not soft enough for Trump critics). 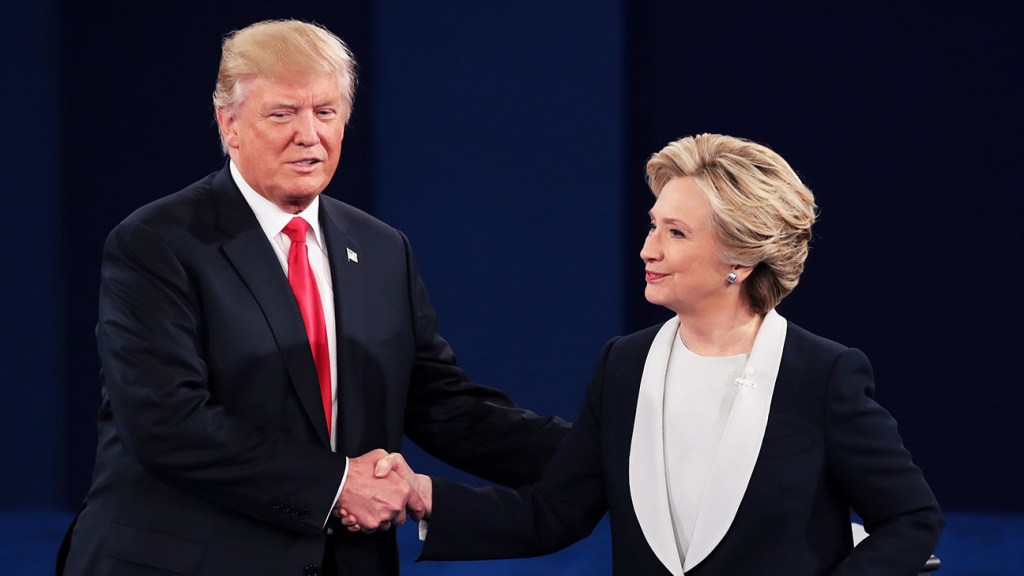 At the end of the evening, when the candidates were pressed to say something nice about one another, Trump tightened his jaw and seemed to begrudgingly respond while Clinton laughed, passive-aggressively, observes Glass.

While they kept a huge distance between them during the handshake, Trump was the first to extend his hand and he placed his other hand on Clinton’s back. Her other hand was balled in a fist, showing how she truly felt at the end of the debate, which was angry.