When Frank Luntz’s mother, Phyllys, died two years ago, he decided to honor her in a unique way: He would build an exact replica of the Oval Office inside his Brentwood compound. “She always wanted me to be the first Jewish president,” says the prominent (and sometimes controversial) Republican pollster, seated under the gaze of a portrait of America’s first gentile president, George Washington.

A year and a half later, arguably the most famous focus grouper in America would hold his first formal meeting in his own Oval Office. His guest? Former British Prime Minister Tony Blair. “That is why I built it,” says Luntz, 54. “What gives me joy in life is having great conversations.”

The completion of the Oval Office, which adjoins a replica of the Lincoln Bedroom, is the crowning achievement in a seven-year, multimillion-dollar renovation — overseen by Kris Sellman-Johnson of N.S. Johnson Co. — to turn Luntz’s 14,000-square-foot California ranch home into a showcase for one of the most impressive collections of American arcana in Los Angeles — and likely anywhere. Luntz, who is single, splits his time among New York, Washington, D.C., Las Vegas and L.A. (his company, Luntz Global, has about 30 staffers spread across those cities as well as Chicago and St. Louis); he spends only 55 nights a year at his six-bedroom, 13-bath Brentwood spread, but he considers it his sanctuary from an election that has pitched him into what he calls an abyss of despair — despite the boost the race has provided to his popularity in a city soaked with stars eager to appear informed.

“I am living every day as though Nov. 8 was my last,” says Luntz during a recent sit-down. “I have never valued my time the way I value the final 40 days of this election. People will talk to me now. I don’t believe they will talk to me after November, unless they want to enjoy the house.”

In addition to Blair, Clint Eastwood, Warren Beatty, Dana Carvey, James Caan and Tim Allen have paid visits to the new office. The courtyard outside is outfitted with speakers that blare “Hail to the Chief” at the press of a button. The Oval replica itself reflects more than 70 years of presidential history: The desk is modeled after John F. Kennedy’s, the phones evoke the Lyndon B. Johnson administrations, the moldings are borrowed from Reagan’s two terms, and the fabrics and wallpapers are from President Obama’s. And hanging in the bathroom next to the Oval Office is a version of the infamous blue dress worn by Monica Lewinsky.

The house, which Luntz purchased in 2009 for $6.25 million, sits at the top of a cul-de-sac just off Sunset Boulevard. The exterior is unassuming, but once inside, guests are treated to a tiered, open floor plan that spans four stories and three separate structures: the main house, a pool house and a guesthouse. The main house winds down a slope via several staircases and includes a newsstand, a bowling alley, a shooting gallery, an arcade and gaming room, a screening room and an indoor racquetball court. There are four well-stocked bars, though Luntz doesn’t drink. Outside, the grounds are lushly landscaped with several fountains and a pathway that leads to the pool house, recently converted into a ‘50s-themed diner.

And then there is the memorabilia. Every wall of every room is lined with remnants imbued with significant political, historical or cultural (both high and low) value. In the foyer, there is a framed letter from Oliver Cromwell to his son. The dining room, modeled after an 1890 Georgetown saloon, has an enormous circular table that seats 12. It’s arrayed with a signed letter from Albert Einstein, written testimonies from people present when Babe Ruth called his home run in 1932, a national budget from 1947 signed by Harry Truman and a book of anti-Semitic French cartoons. In the main living room, there are two Olympic torches (1936 and 1984) and the baseball mitt used in The Natural, and tucked away in a closet are dozens of footballs signed by nearly every former Heisman Trophy winner.

“I want to be surrounded by things that make me happy because every day I am surrounded by things that make me sad,” says Luntz. “In my real life, there is an awful lot of anger and disappointment and even a sense of betrayal. So I come to this home to get away from all of that. This home is like an oasis of peace and quiet within a tempest of chaos and hell.” He says he plans to donate the memorabilia to the Smithsonian one day. “This house is a celebration of the American idea,” he says. “Even though we know the truth about the country and what it has become.” 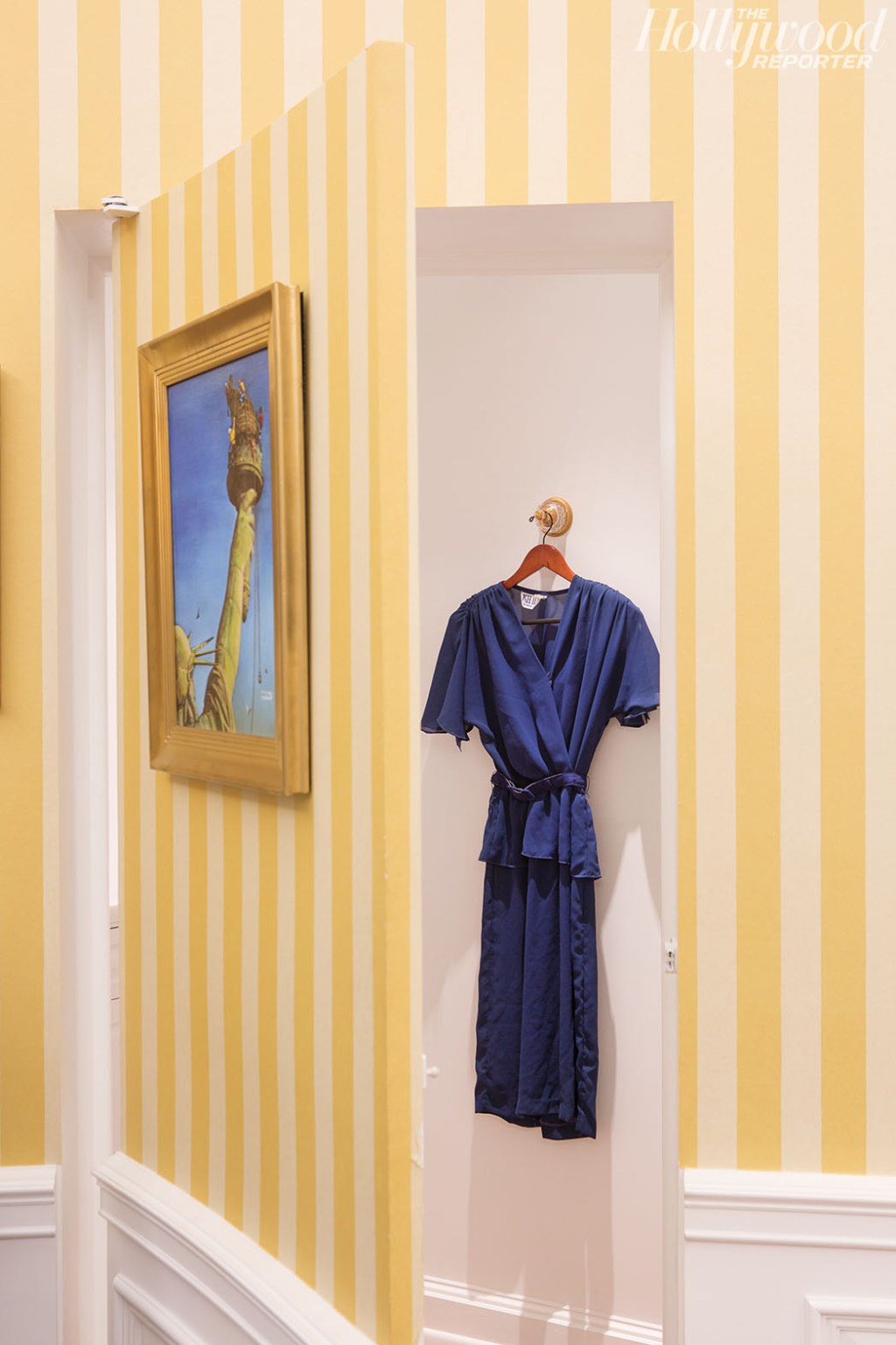 Luntz works as a pollster and message-maker for politicians, corporations and the occasional Hollywood client (he says he has not consulted with the Trump campaign); he’s also a regular contributor on Fox News. Despite some charges from journalists and polling groups that his research is biased, he has been a key player in American politics going back 30 years; in the 1990s, he helped then-Speaker of the House Newt Gingrich draw up the language that would serve as the foundation for the infamous “Contract with America.”

A frequent critic of Hillary Clinton and Donald Trump on Twitter, Luntz is distraught by what he calls the “toxicity” and “poison” of the race and frustrated that the dialogue is devoid of substance. “I want Lincoln-Douglas and instead I am getting Beavis and Butt-head.”

Trump won the Oct. 9 debate, Luntz tells THR the day after. But the GOP stalwart takes no joy in the polling victory he has declared. “This election has poisoned the attitudes and behaviors of tens of millions of voters, and I don’t know if America will ever recover,” he says. “George Carlin, if he was alive, would be ecstatic because yet another word that you couldn’t previously say on television has bit the dust.” 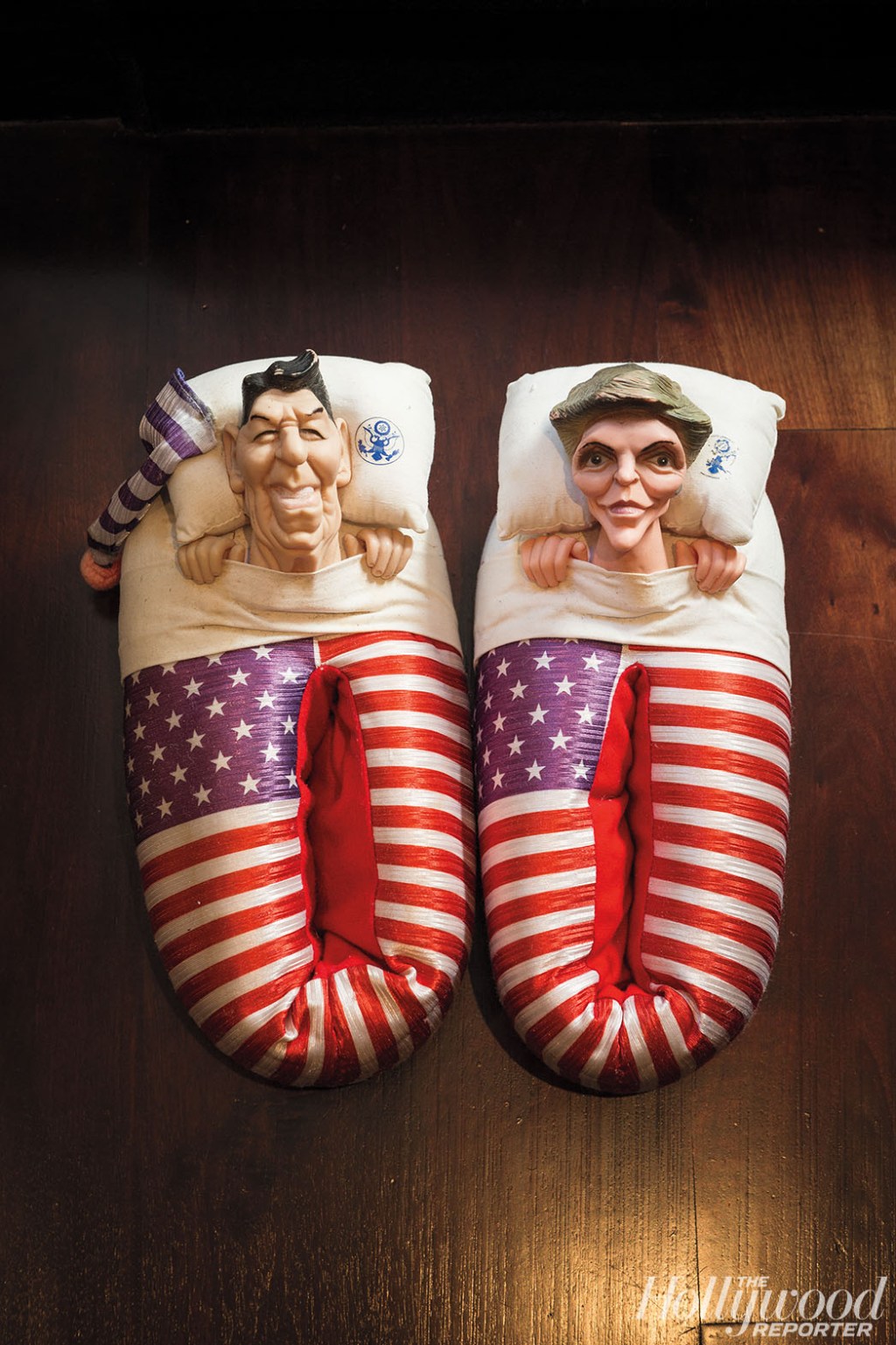