During last night’s Ultimate Fighter Championship in Las Vegas —better known in some circles as the final 2016 presidential debate—the gloves came off and the punches flew.

A particularly memorable jab from Republican nominee Donald Trump was this aside to Hillary Clinton: “Such a nasty woman.” The comment was all the more ironic given his statement earlier in the evening: “No one has more respect for women than me.”

Though the remark was clearly meant as a dig, it didn’t take long for the community of Clinton supporters on Twitter to reclaim the phrase “Nasty Woman,” with an outpouring of supportive tweets on social media, which, naturally, included plenty of Janet Jackson references.

[Immediately after “Such a nasty woman”]
Clinton aide (on phone): Hi, Miss Jackson? How would you feel about performing at an inauguration?

MISS CLINTON IF YA NASTY

Because this is 2016, there is, of course, plenty of “Nasty Woman” merch already available for sale on the interwebs. But for those supporters that prefer to don a shirt rather than a pantsuit in solidarity with their candidate, there is one piece that would surely make Clinton proud. Google Ghost has designed a plain white tee featuring the words “Nasty Woman,” available for $25, with 50 percent of the proceeds going to Planned Parenthood. In case you had any doubts about the reference, the shirt’s description says it all: “Seriously, f—k Trump.” 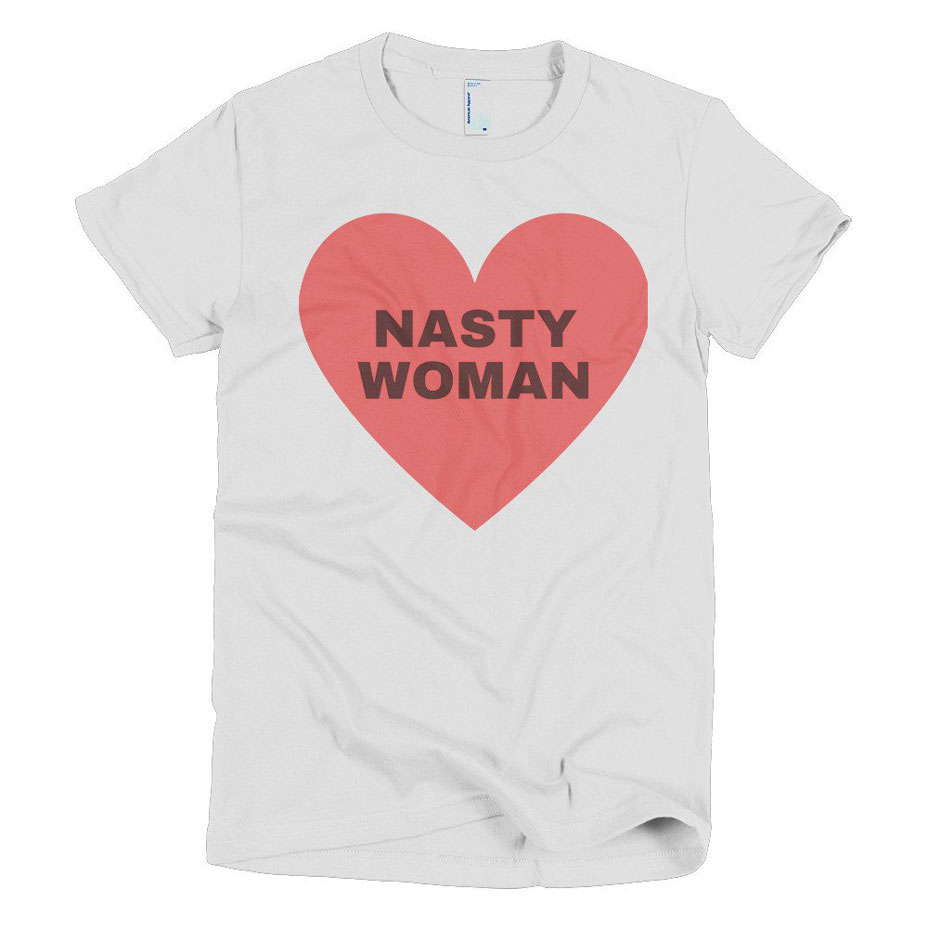