A surprise appearance by Hillary Clinton at Broadway’s In Transit spurred a spontaneous audience chant on Wednesday night.

Hillary and Bill Clinton were greeting fellow theatergoers seated around them before the performance began at the Circle in the Square Theatre. Just before the lights dimmed, one ticket holder shouted, “We love you, Hillary!”

The audience then applauded the former presidential candidate and started chanting her name.

After the performance, the Clintons met the cast and creative team backstage.

The a cappella musical features a book, music and lyrics by Kristen Anderson-Lopez (Frozen), James-Allen Ford, Russ Kaplan and Sara Wordsworth, and vocal arrangements by Pitch Perfect’s Deke Sharon. Directed and choreographed by Kathleen Marshall, it follows 11 New Yorkers as they ride the city’s subway system. Telly Leung, Justin Guarini, James Snyder and Erin Mackey are featured in the cast. 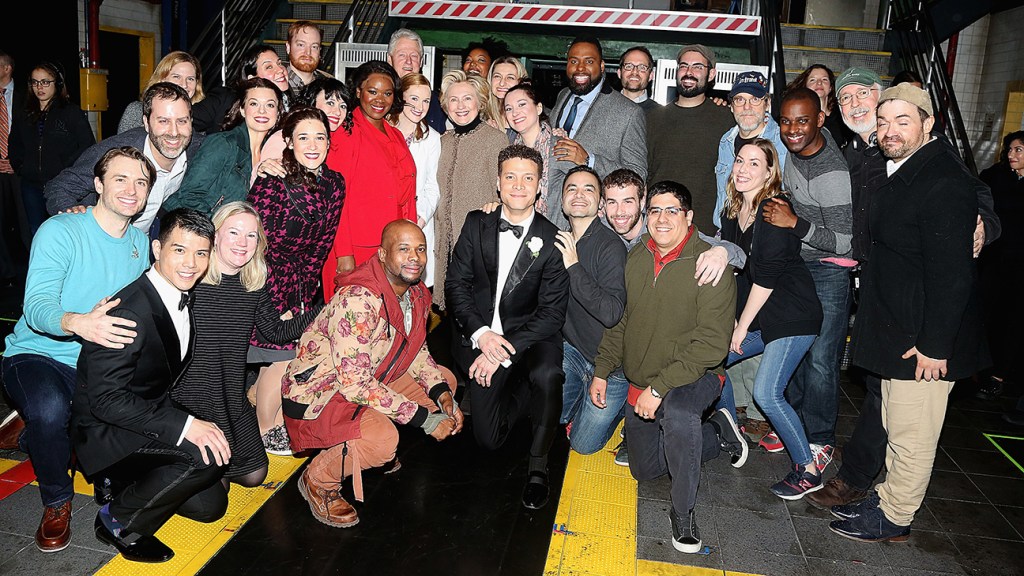 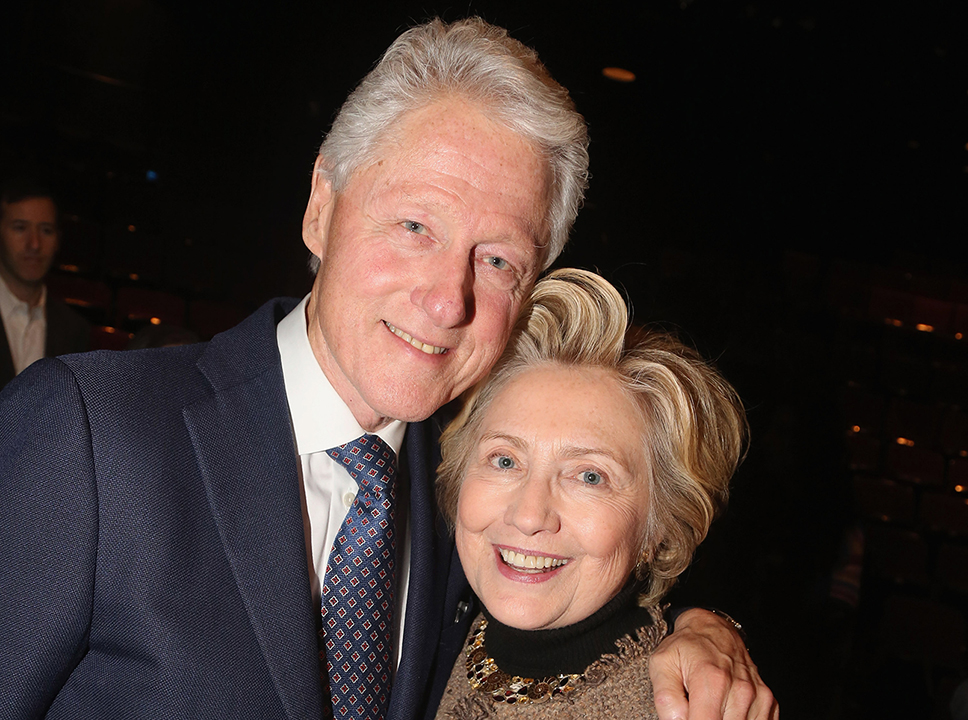