Continue to The Hollywood Reporter SKIP AD
You will be redirected back to your article in seconds
Skip to main content
November 29, 2016 8:33pm

“On a personal level, I cannot tell you how delighted I am to be here to help celebrate … a global megastar, a social media queen with the most Twitter followers in the world — although she’s getting some competition — and someone whose powerful voice and creative lyrics remind us when you get knocked down to get back up,” Clinton said while presenting the Audrey Hepburn Humanitarian Award to the musician, who was immediately brought to tears as the attendees of Tuesday’s gala at Cipriani Wall Street gave her a standing ovation.

“I have seen Katy’s commitment to the causes she believes in firsthand,” she continued. “I’ve gotten to spend time with her and I know how deeply she cares about making our world a better place. She is serious about understanding the complex problems we face and pulling people together to solve them. We need champions like Katy now more than ever: her passion, her energy and, yes, her voice, louder than a lion.”

.@HillaryClinton: @KatyPerry‘s “powerful voice & creative lyrics remind us when you get knocked down to get back up” https://t.co/RHT281TFU2 pic.twitter.com/TwreH0hAXN

Perry — an ambassador for the organization since 2013 who has participated in field visits to Madagascar and Vietnam and also raised over $1 million for UNICEF through her most recent world tour — jokingly asked the ballroom, “Does anyone have a tissue?” And as Clinton exited the space with her security detail, Perry told her, “I’ve always had a voice — a singing voice — but I’ve never had a voice like I’ve had before. Hillary has lit that voice inside of me, and that light will never go out, it will continue to get brighter and brighter and brighter. Thank you, Hillary. You motivate me and so many millions of people. We appreciate you for your incredible work and your heart.”

Like Clinton, Perry also included a subtle dig at Donald Trump: “Even though I’ve only been on a few field visits, I’m happy I’ve helped highlight the effects of climate change, which is real,” she said to laughs, also calling for unity throughout her speech. “No more just hoping for the best and easy living. We need to come together united for the best. … We were all children at one time: born innocent, vulnerable, fragile, and we all needed a helping hand to grow into the people that we are today. If we could keep that thought in our hearts, despite our differences, imagine the kindness, acceptance and empathy that would light the world and remind us once again that we’re all in this together.”

Hillary Clinton to Democrats: Don't Be Discouraged or Divided

The musician, with beau Orlando Bloom and her parents in tow, vowed to continue her international humanitarian efforts. “Truly, my work has only just begin and this award is not a finish line, but a starting line. It will be constant reminder to get back in the field and shine my spotlight on where it matters most.” 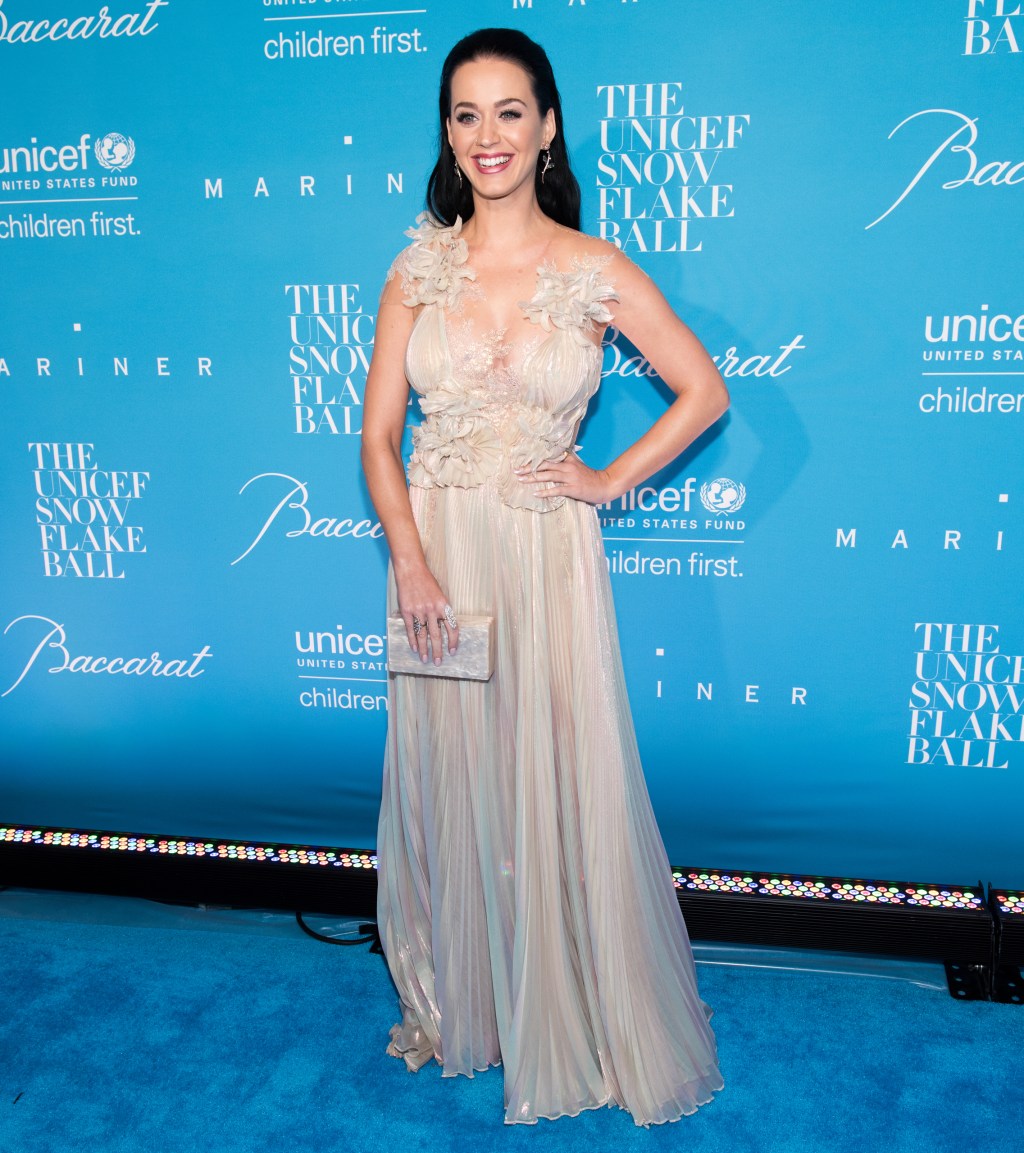