If all goes as planned, policy-making in the nation’s capital will become a sleepy affair as Joe Biden takes office as the 46th president of the United States. Whereas Donald Trump’s erratic and impulsive behavior made looking away nearly impossible these past four years, the new administration will require a higher degree of studiousness for those wishing to appreciate the changes. It will mean looking beyond one man’s Twitter account and countless cable news pundits in thrall, as the real work — and good fights — happen away from the spotlight.

For show business, which knows a thing or two about attention-seeking, the moment is consequential. Under the weight of the novel coronavirus pandemic, the industry is grappling with the realities of its digital future way ahead of schedule. The restructuring has led to many uncomfortable internal discussions — like what happened near the end of 2020, when Warner Bros. said it would be releasing its entire 2021 slate on HBO Max at the same time the films debut in (mostly empty) theaters. The coming years will surely see even more dramatic shifts as entertainment veterans attempt to navigate the changes and find some semblance of stability. Such stewardship will be greatly influenced by how the federal government’s new leadership approaches its duties.

Here’s what Hollywood should be closely watching as the Biden administration deals with four key areas.

No topic will be of greater importance to society at large than whether this pandemic, which already has claimed nearly 400,000 American lives, can be brought to heel. Obviously, how the government oversees the rollout of vaccines will play a huge factor in whether many kids can attend schools, whether co-workers can see one another at the office again, and whether consumers can again frequent movie theaters and live concert venues without fear of health repercussions.

The administration, along with a Congress controlled by the Democrats, hopes to deliver on a Jan. 14 proposal to roll out $1.9 trillion in economic relief to those impacted by the pandemic. There’s no doubt that industry lobbyists will be clamoring for their fair share. That noted, don’t miss how agencies within the federal bureaucracy regulate the workplace given the health concerns. Take an agency like the Occupational Safety and Health Administration. Under Trump and his Labor Secretary Eugene Scalia, OSHA mostly stayed out of the way of reopenings for businesses during the pandemic. This was criticized by labor leaders including AFL-CIO president Richard Trumka, who said OSHA was “missing in action.” That figures to change. It will mean movie and television productions may have to pay extra attention to guidance from the regulators and obey new federal standards.

2. The power of big business

These past few years have witnessed a revival of sorts (on both sides of the political aisle) for the proposition that the government should be more aggressively taking action to curb corporate hegemony and threats to marketplace competition. During the Trump years, the Department of Justice attempted to block the AT&T-Time Warner merger and brought antitrust actions against Google and Facebook. That may be merely a warm-up to what the Biden administration pursues, as liberal think tanks have been buzzing about trust-busting and ensuring open access to critical infrastructure and healthy labor markets. Of particular significance to the entertainment industry will be what, if anything, is done about companies that take a dual role in selling products while also managing platforms connecting independent producers and consumers.

The European Union already has taken a lead in pursuing companies like Amazon and Google for unfairly advantaging themselves on such platforms. (Amazon is accused of misusing the data it collects on third-party sellers to benefit its own rival products and, similarly, Google’s search engine is criticized for being engineered to favor its own products.) Given the rise of conglomerate-owned streaming apps like Peacock and Amazon Prime, it’ll be interesting to see whether the distribution of affiliated content commands any investigation, or at least a deeper look by the DOJ or Federal Trade Commission. And, after Biden appoints a third Democratic commissioner, the FCC also could get aggressive on the competition front and attempt to regulate the flow of digital traffic and relationships in the online ecosphere through new net neutrality rules and other measures.

One of the hallmarks of Trump’s time in his position of power was his view that America was constantly engaged in a zero-sum competition with other countries. His skepticism of climate change and aversion to free trade has resulted in sore feelings among world leaders, and it’s no secret that Biden sees one of his core tasks as repairing international relations. The entertainment industry surely has a stake here. In China, for example, movie studios continue to fight for broader access to the market. Will the country allow more foreign blockbusters to play on screens? The creative industry also would like more international assistance with cracking down on piracy. While the political environment for new trade treaties isn’t particularly strong — in the past, treaties like the Berne Convention and the Trans-Pacific Partnership became vehicles for bringing the world toward U.S. intellectual property standards — copyright holders will still look to ensure no safe havens for illegal streamers.

It’s safe to assume Biden doesn’t see the press as the “enemy of the people,” as Trump did. And there probably won’t be major First Amendment challenges launched in courtrooms like those that seemingly have happened almost weekly the past four years. But is a full return to normalcy possible? There may again be daily press briefings and more on-camera interviews with mainstream journalists, but still it would be foolish to assume that the media will enjoy all the access it wishes. (The Obama administration was criticized for being more restrictive to the media than past administrations.) What’s more, many conservative press outlets will be champing at the bit to hold Biden accountable and likely will address any double standards as often as they can.

Finally, as the public’s attention shifts in the post-Trump era, many outlets could experience ratings declines or suffer readership slumps. That could lead the media industry to become more demanding of the new administration, and it will be watching to see how Biden’s team responds. 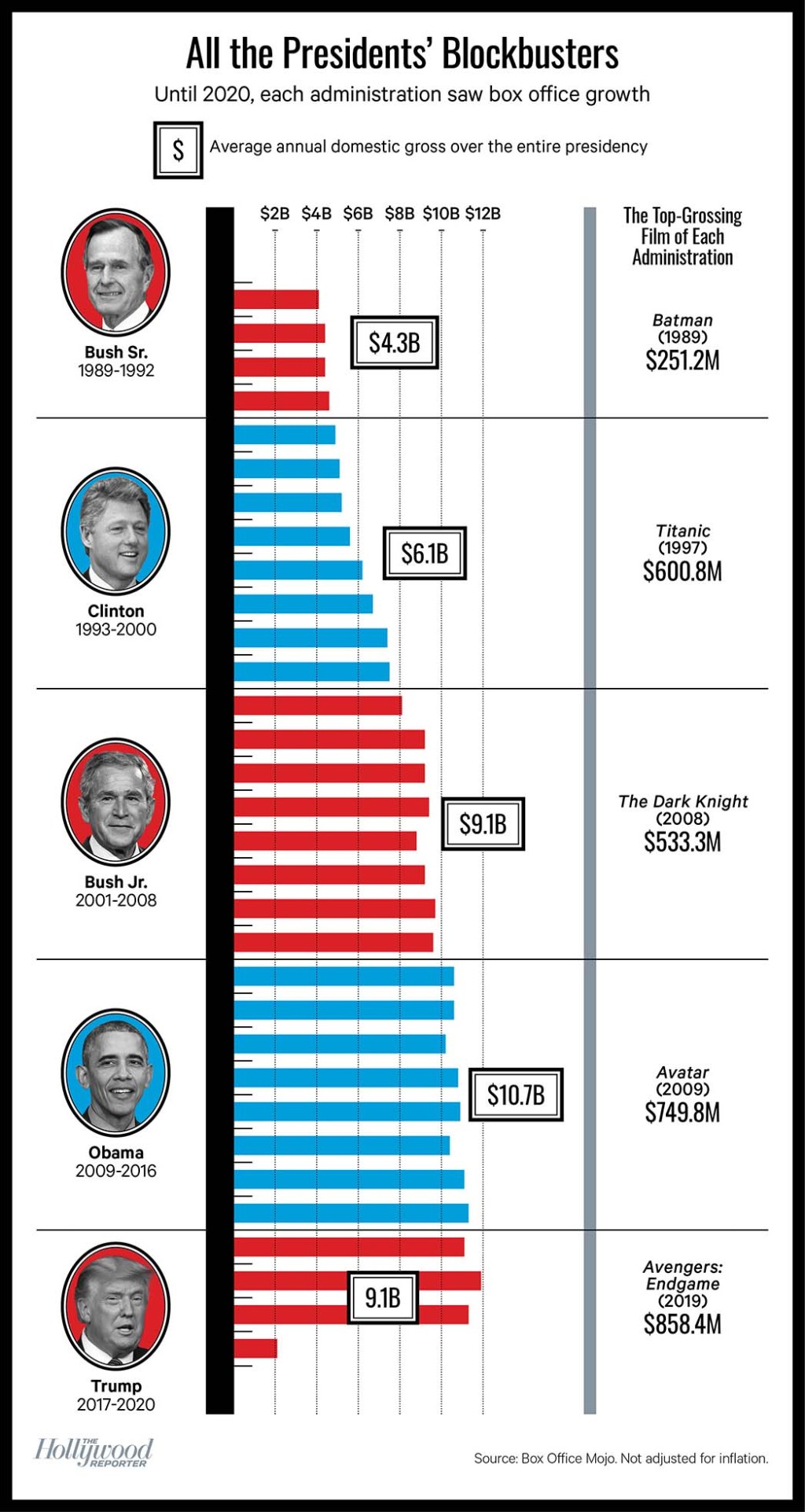 If Big Tech Loses Its Legal Shield, Hollywood Should Worry