On Jan. 8, 2017, days before Donald Trump was to assume the crushing burdens of the presidency, he faced a very different kind of problem: Meryl Streep.

The iconic actress slammed him in her speech accepting the Cecil B. DeMille lifetime achievement award at the Golden Globes, attacking him for, among other things, having allegedly mocked a disabled New York Times reporter during the campaign. The next morning, Hope Hicks, the president’s loyal young assistant who was almost always by Trump’s side, pulled out her phone to play footage of Kellyanne Conway on the CNN and Fox morning shows.

Kellyanne said that charge had been repeatedly refuted and added that if Streep were so concerned about the rights of the disabled, she should have spoken out about a disabled boy who had been badly beaten by young thugs shouting anti-Trump epithets in a video that had been posted on Facebook. Trump loved that answer and started venting about his media coverage.

Hicks retreated to a nearby desk, where she spoke to Times reporter Patrick Healy. He had called Trump’s cellphone during the Globes and then quoted the president-elect as saying he wasn’t surprised by criticisms from “liberal movie people.” Hicks took Healy to task.

“I’m not a confrontational person, but calling the president-elect of the United States at midnight over an entertainment program is crossing the line.” If he wanted a comment from the president-elect, he should have called her. Hope ended on a conciliatory note: “It’s not the end of the world, we’ll move on.”

It was a sneak preview of what would become a constant state of warfare between the new president, his closest aides and the media world — not just journalists and commentators but actors, singers, entertainers and pop-culture figures who often viewed him with outright scorn. 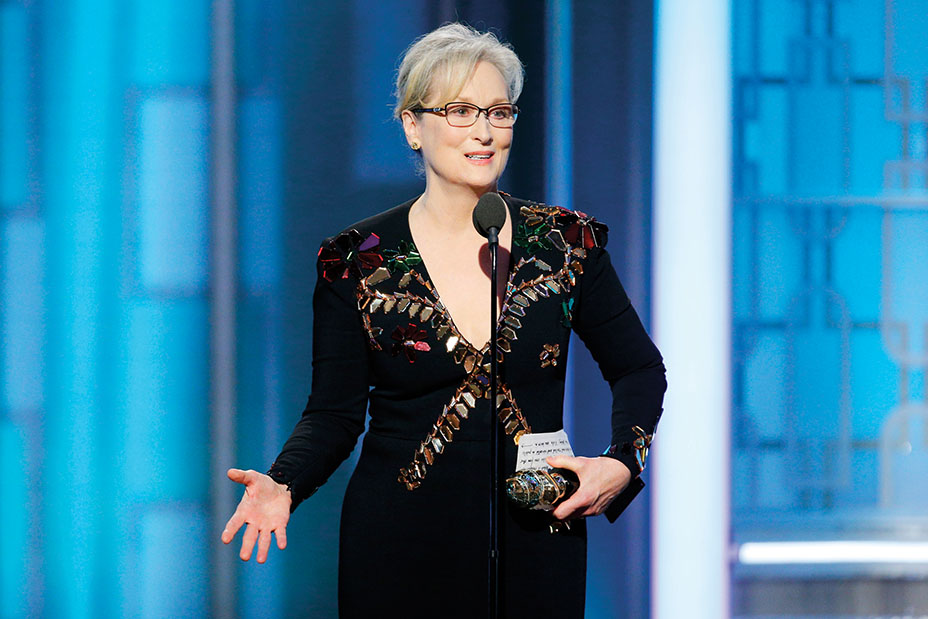 Donald Trump is staking his presidency, as he did his election, on nothing less than destroying the credibility of the news media; and the media are determined to do the same to him. This is not just a feud or a fight or a battle. It is scorched-earth warfare in which only one side can achieve victory. To a stunning degree, the press is falling into the president’s trap. The country’s top news organizations have targeted Trump with an unprecedented barrage of negative stories, with some no longer making much attempt to hide their contempt. Some stories are legitimate, some are not, and others are generated by the president’s own falsehoods and exaggerations. But the mainstream media, subconsciously at first, has lurched into the opposition camp and is appealing to an anti-Trump base of viewers and readers, failing to grasp how deeply it is distrusted by a wide swath of the country.

These are not easy words for me to write. I am a lifelong journalist with ink in my veins. And for all my criticism of the media’s errors and excesses, I have always believed in the mission of aggressive reporting and holding politicians accountable.

But the past two years have radicalized me. I am increasingly troubled by how many of my colleagues have decided to abandon any semblance of fairness out of a conviction that they must save the country from Trump.

I first got to know Donald Trump three decades ago and never made the blunder of underestimating him during the campaign. I saw all his weaknesses — the bluster, the bullying, the refusal to admit mistakes — but I also saw strengths that most of my colleagues missed, especially an ability to channel the anger of millions of voters who despise the press — including the old-guard conservative press — and other elite institutions.

This is, at bottom, a battle over the truth. Who owns it, who controls it, who can sell their version to a polarized public that increasingly cannot agree on basic facts. Everything you read, hear and see about Trump’s veracity is filtered through a mainstream media prism that reflects a lying president — and virtually never considers the press’ own baggage and biases. Everything you read, hear and see from the Trump team is premised on the view that media news is fake news, that journalists are too prejudiced, angry and ideological to fairly report on the president. Trump and his acolytes use these attacks on the Fourth Estate to neutralize their own untruths, evasions and exaggerations. What many journalists fail to grasp is that Trump’s supporters love his street talk and view the media critiques as nonsense driven by negativity. They don’t care if he makes mistakes. As paradoxical as it sounds, negative coverage helps Trump because it bonds him to people who also feel disrespected by the denizens of the mainstream press. The media take everything literally, and Trump pitches his arguments at a gut level. It is asymmetrical warfare.

Every president gets pounded by the press. But no president has ever been subjected to the kind of relentless ridicule, caustic commentary and insulting invective that has been heaped on Trump. I have a name for this half-crazed compulsion to furiously attack one man. It’s called Trump Trauma. 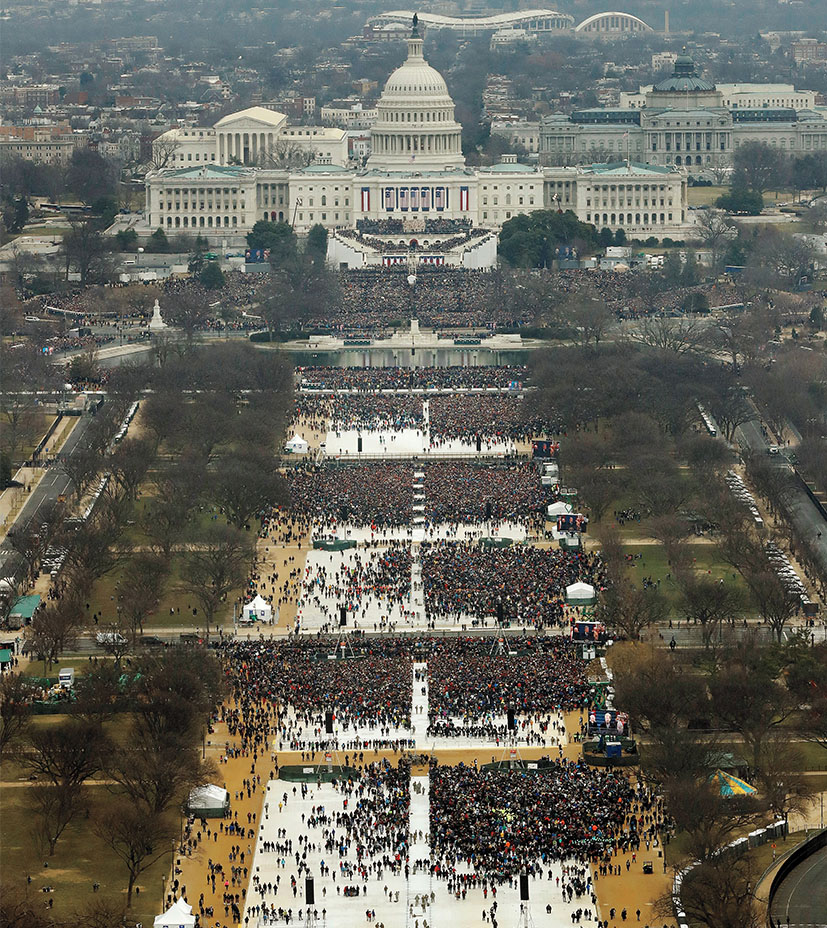 Two days after Donald Trump was inaugurated, Kellyanne Conway dived into a media maelstrom with an appearance on Meet the Press. It did not go well.

She and Meet the Press host Chuck Todd had a history. NBC’s goateed political junkie had texted her after 4 a.m. on election night, congratulating her on what he called the greatest upset in the history of American politics. Conway said she was “euphoric.” But their relationship took a bad turn when she taped a Meet the Press interview in late November. When she got home that Sunday morning and told her husband, George, that it had gone smoothly, he said, “What do you mean? You weren’t on for even a minute.” Conway called Todd and asked what happened. The anchor — who had booked Conway under pressure from the Trump team — realized there had been a miscommunication. He explained that he had told a staffer the show was packed and the most they could do was run sound bites.

“I don’t give sound bites. I don’t speak in sound bites,” she said. Todd asked how he could make amends. “It’s only 8 a.m. on the West Coast,” Conway said. “You can run the whole interview. You’ve done eight minutes with Ash Carter,” Barack Obama’s secretary of defense, “and I’m falling asleep.” Conway was steamed. NBC News president Deborah Turness called to mend fences, but Conway did not respond.

Now Kellyanne was doing a live interview with Todd from the North Lawn of the White House. Todd demanded to know why Trump Press Secretary Sean Spicer had made a “ridiculous” statement that was “a provable falsehood” about Trump’s inaugural crowd being bigger than Obama’s. Things turned personal when Todd laughed at Conway’s explanation that Spicer was providing “alternative facts.” “Your job is not to call things ridiculous that are said by our press secretary and our president,” Conway said. “You’re supposed to be a newsperson. You’re not an opinion columnist.” Conway was disgusted and knew her pushback against Todd would not get replayed on any network. Conway was sympathetic toward journalists, but here she was, trying to talk about Trump’s policy agenda and getting ripped by a guy she had known for two decades. She thought it was “symbolic” of “the way we’re treated by the press.” Todd regretted letting his emotions show, but not the substance of his questions. He thought Kellyanne had simply run out of talking points, and he was laughing at the absurdity of the situation. The fact that it was a satellite interview, lacking the conversational cues provided by a face-to-face sit-down, made his interruptions look overly confrontational. The president called Conway to congratulate her on her performance against Todd. Vice president Mike Pence later joked to her: “Does Chuck Todd have any teeth left?” But the unfortunate phrase “alternative facts” stuck to her like tar paper. She had meant equally accurate explanations, like “two plus two equals four” and “three plus one equals four,” but it quickly became journalistic shorthand for White House exaggerations and falsehoods. One viewer, however, liked the phrase. “In a way, that was genius,” Trump told Conway. “And in another way … ?” she asked. The president was too busy sympathizing. “They do that to me all the time, take one word,” he said.

Two days later, Todd texted her with an offer: “Would love to chat when you have time. I also think we should do a face to face sit-down on cam. Maybe something more extended for my cable show sometime next week. Just a thought. All about reminding folks we both prefer cordial back n forths.” Kellyanne happened to be meeting with the president. She asked him how to respond. “Tell him I thought you were treated with great disrespect,” Trump said. Conway tapped the words into her iPhone: “President Trump said you treated me with great disrespect.” Todd quickly replied: “I respectfully disagree. Of course, I’ve taken a lot more disrespect than most reporters and never make it public. I’m sorry this was your response.” Kellyanne texted, “That was his response. I typed what he said.” “Well. Let me know what YOU think of my pitch.”

Conway put the phone down. She was done with Todd. She eventually relented, and Turness came to see her and Hicks. Conway did not hide her disdain for how NBC and MSNBC were treating the administration. “This is a side of me you never see,” she said. “I’m usually kind and gracious. Your networks are a hot mess.” Turness said that MSNBC was the province of its president, Phil Griffin. “No, it’s your stepchild,” Conway said. “And you’ve got SNL,” Hicks added, the show on which Alec Baldwin was brutally mimicking Trump. Turness delivered an overall apology. NBC wanted to continue a 50-year tradition of spending a day trailing each new president with a camera crew. Fat chance, Conway thought, if this is how we’re going to be covered. “I let you guys into the White House and this is what happens.” 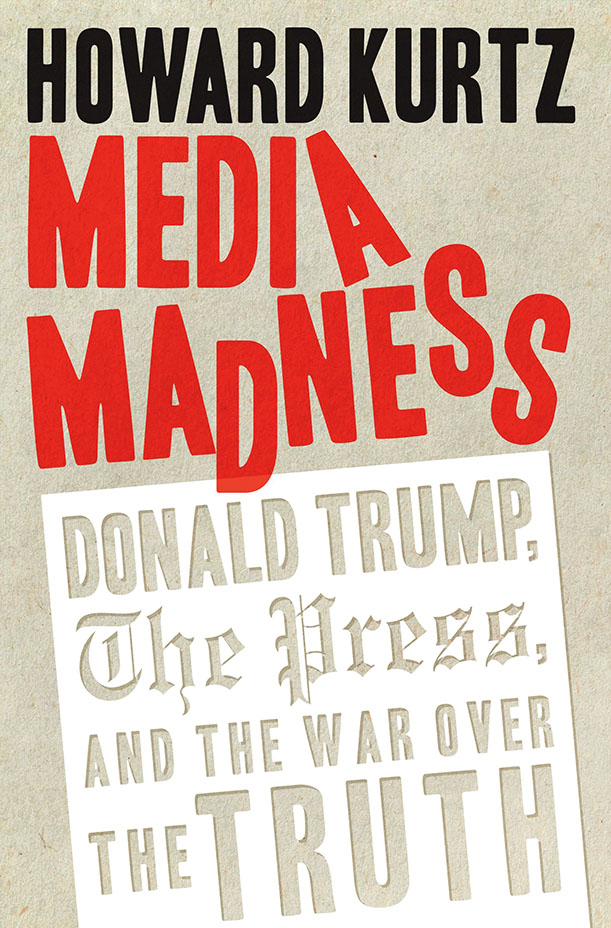 This story appears in the Jan. 25 issue of The Hollywood Reporter magazine. To receive the magazine, click here to subscribe.